A Southern California woman has been arrested on suspicion of stealing over $300,000 worth of retail merchandise from multiple high-end stores, authorities said Wednesday.

Zharkova was arrested on Nov. 23 after investigators followed her into the Nordstrom Rack at the Metro Pointe at South Coast shopping mall and witnessed her walk out with $3,500 in stolen items, according to authorities. 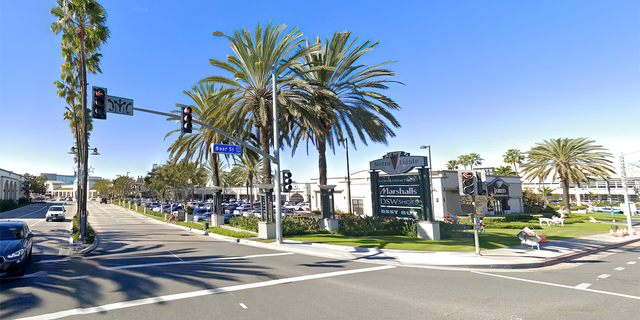 Zharkova allegedly stole $3,500 in items from the high-end stores at the Metro Pointe at South Coast shopping mall when she was arrested. Investigators said they later found more than 2,800 stolen items with a value of $328,683 inside her home.
(Google Maps)

Officers said that at Zharkova’s home they recovered more than 2,300 items, including clothing and hats, with a value of $328,683. Investigators alleged Zharkova kept the stolen items inside her home to re-sell online.

Zharkova’s arrest comes amid a spree of large-scale thefts in California and across the nation involving groups of shoplifters ransacking stores or committing smash and grabs from display cases.

“If people are breaking in, people stealing your property, they need to be arrested. Police need to arrest them. Prosecutors need to prosecute them. Judges need to hold people accountable for breaking the law,” Newsom said. “These are not victimless crimes, and I have no empathy for these criminal elements.”

Newsom also called out local officials whom he said have been reluctant to arrest and prosecute these criminals.

“I want to see local efforts. I want to see them stepped up,” said Newsom. “Look at the laws. You have the ability. Stack repeat offenders and move to prosecute.”