Rishi Sunak was yesterday facing calls to remove the Tory whip from Michelle Mone after she apparently gained financially from the profits of a PPE company.

Labour and the Liberal Democrats said the failure to intervene undermined the Prime Minister’s pledge to lead a Government that acts with ‘integrity and professionalism’.

A Conservative spokesman in the House of Lords said the Tory peer, nicknamed ‘Baroness Bra’ after making her fortune in the lingerie trade, would retain the whip.

They said it would not be suspended while a National Crime Agency investigation into the company, PPP Medpro, and a Lords standards committee inquiry into the allegations were in progress. 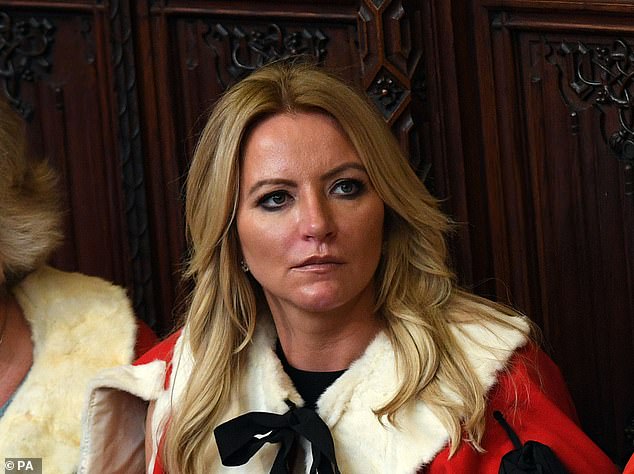 Pictured: Baroness Mone arrives in the House of Lords before the State Opening of Parliament on June 21, 2017

It comes after The Guardian reported that a secret offshore trust which had Baroness Mone and her children as its beneficiaries received £29million originating from the profits of PPE Medpro.

The funds were allegedly ultimately transferred into the Isle of Man trust by Douglas Barrowman, now her husband, who according to leaked documents, was paid at least £65million in profits from PPE Medpro. The firm was awarded large government contracts after the Tory peer helped it to secure a place in a ‘VIP lane’ which ministers used to prioritise companies that had political connections.

Anneliese Dodds, Labour party chairman, said the idea that the Conservatives and friends profited from the pandemic ‘will be sickening’ for many of those who lost loved ones.

She said: ‘It is staggering that Baroness Mone still has the Conservative whip. Rishi Sunak, the man who wrote off billions in Covid fraud, has his fingerprints all over this.’ 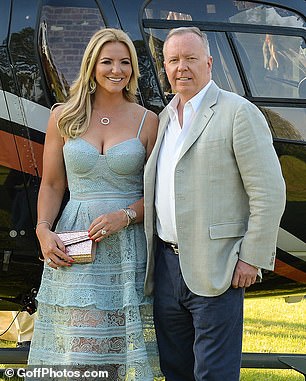 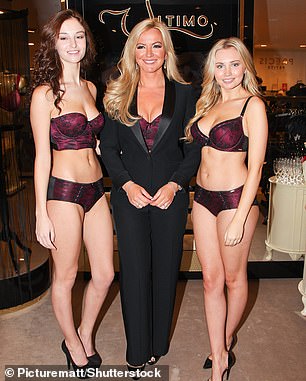 Pictured left: Mone and business partner Doug Barrowman attend the launch of business club The HQ at The Colony in Wilmslow, Cheshire. Pictured right: Mone with models in Ultimo lingerie at House of Fraser in Manchester on November 21, 2014

Sal Brinton, the Liberal Democrats’ spokesman for health in the Lords, added: ‘After the revelations about Baroness Mone’s financial benefit from the VIP lane during a national health crisis, it is an outrage that the Conservative whip has not yet been removed.

‘This government’s pledge to act with “integrity and professionalism” is quickly becoming an empty promise.’

More than £13billion was spent on PPE by ministers during the pandemic.

Billions were wasted due to fraud and unused equipment and the Government has been accused of failing to carry out adequate checks before awarding contracts.

Ministers have defended their actions by saying they were under pressure to procure enough PPE amid global shortages when the pandemic started to grip the nation.

Yesterday, a Government spokesman said it was a ‘political matter for the party’. The spokesman added that officials had ‘applied rigour’ to the PPE procurement process.

A representative for Baroness Mone declined to comment. She has denied benefiting financially and has claimed she ‘was not connected to PPE Medpro in any capacity’.