CAROLINE GRAHAM asks: is it goodnight for Sleepy Joe Biden?

With Gwyneth Paltrow and her fellow Hollywood liberals ditching him, CAROLINE GRAHAM asks: is it goodnight for Sleepy Joe Biden?

The invitations are out, and red, white and blue bunting is ready to be hung around Mar-a-Lago’s magnificent rococo-style dining room.

On Tuesday night, as the results of the critical US midterm elections pour in, former President Donald Trump will host a celebratory dinner at his Florida mansion for his closest supporters and biggest donors – which one has described as ‘a second coronation’.

‘Donald sees this as his anointment,’ the insider said last night. ‘As the states start to turn red, this will be a celebration not seen since 2016 [when Trump was elected President]. Victory in the midterms will be the clearest signal yet that The Donald is back.’

There seems little doubt, at least in Trump’s mind, that he is.

‘In order to make our country successful and safe and glorious, I will very, very, very probably do it again,’ he told supporters in Iowa last week. ‘Get ready, that’s all I’m telling you. Very soon. Get ready.’

The midterms – so named because they are held two years into a president’s four-year term – are when all 435 members of the US House of Representatives are up for election, along with a third of the Senate. And while the midterms have often served as a chance for voters to signal their disapproval of a sitting president, the scenario facing Joe Biden could be catastrophic.

Just months ago, the prospect of a Republican ‘red wave’ seemed impossible, amid political fallout from the January 6 Capitol riots and Trump facing possible criminal charges for taking classified documents from the White House. The midterms were the Democrats to lose. Which is precisely what they appear to have done. 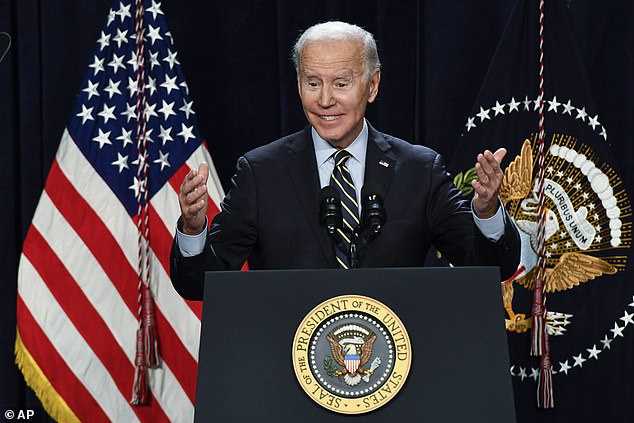 While the midterms have often served as a chance for voters to signal their disapproval of a sitting president, the scenario facing Joe Biden (pictured at a rally in Illinois today) could be catastrophic

Fielding woke candidates while ignoring crime and rocketing inflation, an increasingly out-of-touch Biden – mockingly labelled Sleepy Joe by rivals – has blown what was once an unbeatable lead.

Multiple polls suggest the Democrats face a drubbing on Tuesday, with Republicans set to seize control of the House of Representatives and the Senate too. That would effectively make Biden a lame duck president, unable to get any of his measures passed.

‘Biden has no one to blame but himself,’ one Democratic donor told me last night. ‘He has focused on things like voting rights and abortion when all anyone cares about is soaring inflation, crime and the price of gas [petrol] at the pump. Add to that the fact that he’s coming across as increasingly doddery, and he’s toast.’

Even Hollywood appears to be concerned. In the race to become mayor of Los Angeles, America’s second-largest city, stars including Gwyneth Paltrow and Kim Kardashian have thrown their support behind billionaire businessman Rick Caruso, a former Republican but now a Democrat with a notably conservative approach.

He is currently a close second to the Biden-backed Karen Bass, a former campaigner for racial justice whose lenient stance on law enforcement has worried some notable residents of Los Angeles, who have watched neighbourhood crime rates rocket.

Nicole Avant, the wife of Netflix boss Ted Sarandos, lost her mother Jacqueline to gun violence after a break-in at her parents’ Beverly Hills home. Avant, who is black and served as an ambassador to the Bahamas under Barack Obama, said she found it ‘insulting’ when friends said she ought to vote for Bass, who is also black. ‘It’s the drug addicts in front of people’s houses, it’s people naked in the street – there’s so much chaos. Rick is the opposite of that, and we need to reel things in and do things in a different way,’ she said. 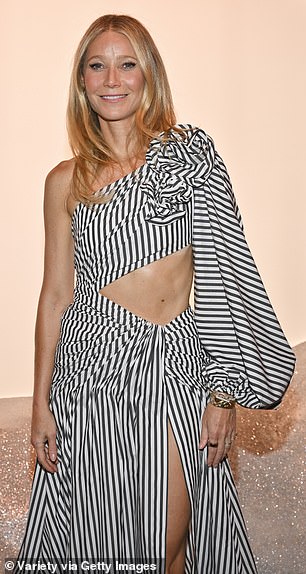 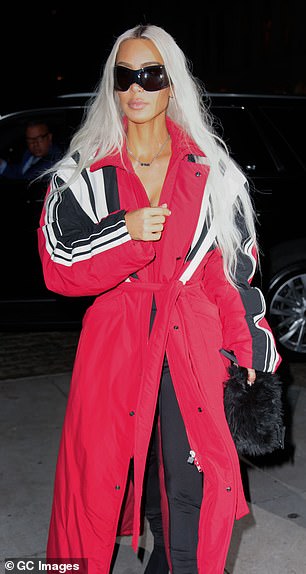 In the race to become mayor of Los Angeles, America’s second-largest city, stars including Gwyneth Paltrow (left) and Kim Kardashian (right) have thrown their support behind billionaire businessman Rick Caruso, a former Republican but now a Democrat with a notably conservative approach

Or, as Paltrow puts it: ‘We need Rick desperately to get our streets cleaned up.’

Meanwhile, The Mail on Sunday can reveal that Trump spent last week calling his biggest donors to confirm, privately, that he intends to run for office again. Trump’s fanbase remains strong. And his support for Republicans in key swing states has been appealing to the white middle-class and, increasingly, Hispanic voters.

Toni Holt Kramer, founder of the Trumpettes – a female Trump support group – said: ‘Biden says he’s the only one who can beat Trump – but he couldn’t beat dust out of a pillow.’

In Florida, Republican Governor Ron DeSantis is ahead in the polls and expected to cruise to victory for a second term, thanks in part to Hispanic Catholic voters who support his anti-abortion stance.

A stunning poll of early voters showed that even Miami, traditionally a Democratic stronghold, is set to turn Republican. 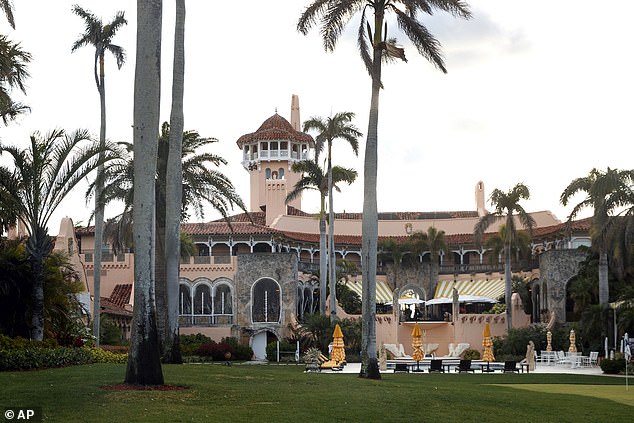 On Tuesday night, as the results of the critical US midterm elections pour in, former President Donald Trump will host a celebratory dinner at his Florida mansion (pictured) for his closest supporters and biggest donors – which one has described as ‘a second coronation’

Tuesday’s elections may well be remembered as a democratic low point, with some of the most unorthodox candidates ever fielded.

In Wisconsin, instead of appealing to the state’s blue-collar electorate, the Democrats chose ‘ultra-woke’ Mandela Barnes, who has described the founding of America as ‘awful’ and favours ‘defunding’ the police.

Conversely, Democrats in Pennsylvania chose shaven-headed, heavily tattooed John Fetterman as a man-of-the-people candidate – downplaying that he holds a master’s degree from Harvard.

Fetterman had been expected to cruise to victory against Dr Mehmet Oz, Oprah Winfrey’s one-time ‘TV doc’, who has been accused of being a ‘snake-oil salesman’ for promoting weight-loss drugs for profit. But Dr Oz has seen his popularity soar after a recent debate saw Fetterman stumbling over his words. Fetterman, who survived a stroke in May, has refused to answer questions about his health.

Some Republican candidates are equally colourful. 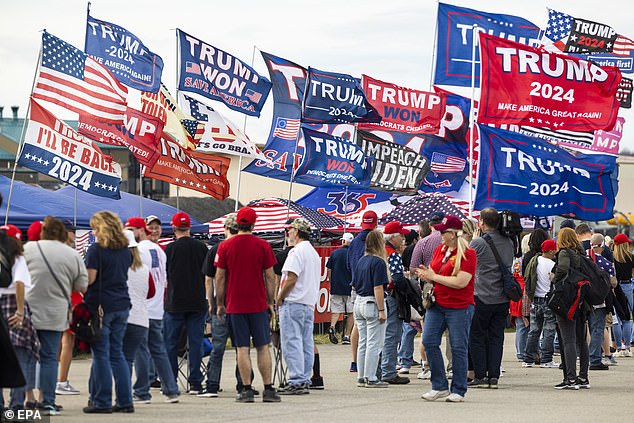 Trump’s fanbase remains strong. And his support for Republicans in key swing states has been appealing to the white middle-class and, increasingly, Hispanic voters. Pictured: Trump supporters at a Mehmet Oz rally in Pennsylvania today

Former American football star Herschel Walker, who is running in the swing state of Georgia, proclaimed himself to be ‘pro-life’ – only for his credibility to plummet when two women came forward to say he had paid for them to have abortions. His own son took to social media accusing his father of being a physically abusive liar.

Then there is Kari Lake, a former TV presenter who has been dubbed ‘Trump in heels’ because of how she can sway a crowd. She is running for Governor in the swing state of Arizona.

Last week, she appeared to mock the hammer attack on Paul Pelosi, the husband of the Democratic US House Speaker, Nancy Pelosi. But many are tipping her to be Trump’s next running mate.

While Trump may be planning his ‘coronation’ on Tuesday, there are some in his own party who urge caution, labelling him ‘too toxic’.

One Republican donor said last night: ‘I’m not convinced DeSantis won’t run against him. Trump has all sorts of legal issues, and the January 6 riots tainted him for ever.’

A spokesman for Trump declined to comment on whether he is planning to run. But supporters such as Toni Holt Kramer are convinced. ‘He will run, and he will win,’ she said. ‘He has unfinished business.’