Our team is dedicated to finding and telling you more about the products and deals we love. If you love them too and decide to purchase through the links below, we may receive a commission. Pricing and availability are subject to change.

Few brands hit the bedding jackpot as often as Casper, so when the brand releases a new product, it’s no surprise that it’s an instant hit. When it comes to duvets, in particular, Casper blows most of the competition out of the water. From its Humidity Fighting Duvet to its customer-favorite Down Duvet, it has some of the fluffiest and coziest picks you’ll find anywhere.

But, what if Casper combined the craftsmanship from one of its most popular exports with the functionality of a robe? Well, in case you’re wondering, they’ve already thought about that and released the most perfect blanket robe that is an absolute must-have for those who constantly wrap themselves in their duvet when they leave the bed.

Aptly named the Casper Snoozewear Blanket Robe, this smart new release isn’t a take on reinventing the wheel but rather doing it better than ever before. 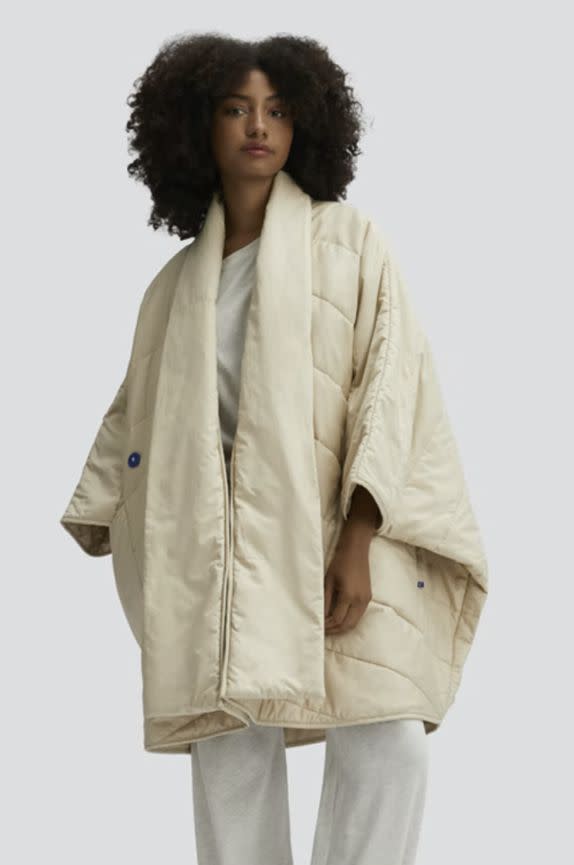 Chances are you’ve heard of the massively viral Snuggie — and while there are so many iterations and redesigns available on Amazon alone, none of them look as polished, chic and cozy as Casper’s Snoozewear Blanket Robe.

So, here’s how Casper created the magic sauce. Instead of simply crafting a cheaply made blanket and adding armholes, the brand recreated its signature premium, puffy, duvet-like design and added an element of fashion, ease and practicality.

The large armholes make it easy to lounge around the house and actually perform tasks without anything dragging on the floor or getting in your way. The Snoozewear Blanket Robe also has convenient pockets that keep everything you need within reach. There, you’re able to store your phone, lip balm, or even the remote control while you lounge around.

According to Casper, with this cozy new release, “You might have to leave bed, but your bed doesn’t have to leave you.” And as someone who owns one of these heavenly robes, I can confidently say that it’s instantly become my new favorite piece of loungewear — ever!

Snag a Snoozewear Blanket Robe right now while it’s on sale, and check out the two additional colors below. 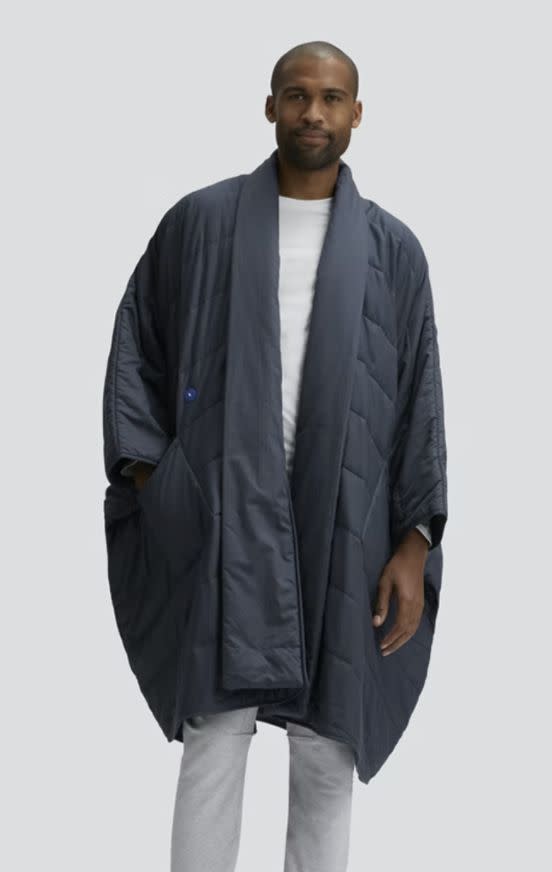 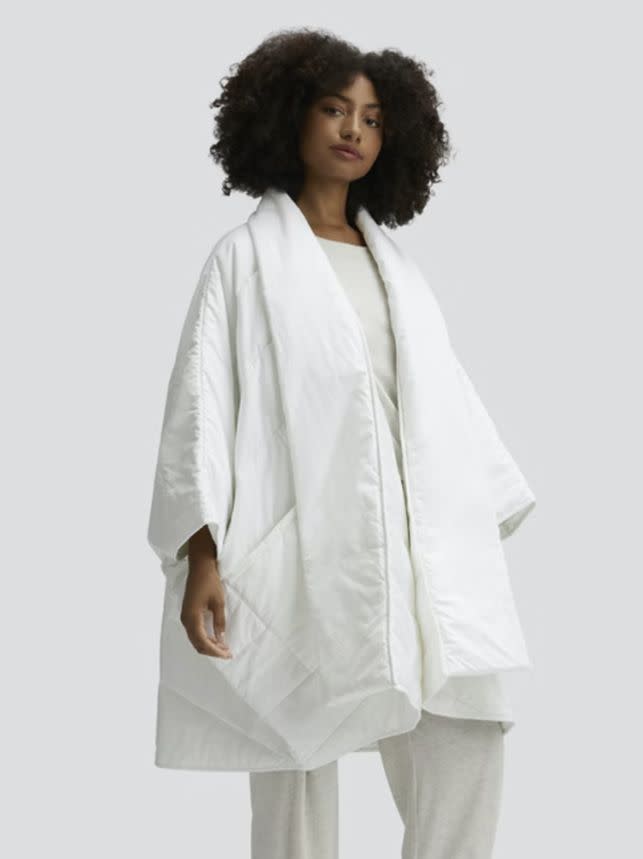 If you enjoyed this story, check out the 52 best tech deals you need to snag this weekend, starting as low as $11.

More from In The Know:

The 10 best cooling sheet sets that will keep you from overheating throughout the night, according to reviewers

If you want that plump, glass skin look in the fall and winter, use these 8 moisturizing products

The post Casper’s new blanket robe is literally a duvet with armholes — and it’s the best thing ever appeared first on In The Know.