Victorian universities slashed jobs last year in anticipation of a long-term decline in international student revenue, with insecure workers bearing the brunt of the job cuts.

The first analysis of audited reports, by University of Melbourne higher education experts, reveals the full picture of job losses last year across the state’s higher education sector as the effects of the pandemic hit home.

More than 7500 people lost their jobs at Victorian public universities in 2020, or 14 per cent of total staff, with La Trobe, RMIT and Victoria universities cutting jobs in excess of lost revenue.

And the experts warn more job cuts will come, as universities endure their second year of coronavirus border closures.

“There will be more, the question is how many. That is contingent on how long the borders are closed,” said Frank Larkins.

Professor Larkins and Ian Marshman, from the Melbourne Centre for the Study of Higher Education, reviewed the universities’ annual reports which were tabled in State Parliament last week.

The reports, they said, show casual staff and employees on fixed-term contracts bore the brunt of university cost-cutting measures.

“Staff with the least employment protections in terms of tenure and superannuation and redundancy entitlements have taken the biggest hit,” they wrote.

“This will have enduring implications for the nature of university employment and the delivery of learning and teaching and research.”

The pair warned that “2021 and 2022 are likely to be financially more challenging to Victorian universities than 2020, principally because of the prospect of lower international student enrolments”.

The freeze on international students and the federal government’s decision to deny the sector its wage subsidy scheme, JobKeeper, has led to the biggest crisis in higher education in decades. Education is Victoria’s number one services export.

The federal government has criticised the sector for becoming overly reliant on international students, who are charged higher fees than domestic students.

Alistair Stewart was made redundant last year from La Trobe University after 22 years.

The former course co-ordinator and senior lecturer in outdoor and environmental education at the university’s Bendigo campus said his program had been heavily cut back despite enrolling tiny numbers of international students. 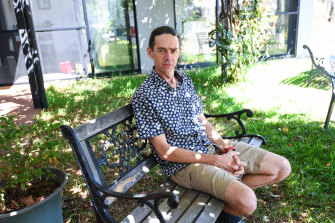 “That means that an enormous amount of expertise goes out the front door. So not only do you have these 7500 people who no longer have a job, but the depth of talent that you’re missing is really very serious,” he said.

“What has happened is universities are expecting a pretty grim financial year for 2021 and probably 2022, and in anticipation they have shed staff ahead of the losses.”

RMIT, Swinburne and La Trobe each posted hefty deficits in the 2020 calendar year, as overall revenue at Victorian universities fell 5.5 per cent.

Professor Larkins said an added risk for Victorian universities was international students dumping their online courses for face-to-face courses in other English-speaking destinations.

“International students want an English immersion experience and if we stay closed … next year, there could be serious financial issues, and I think that’s why universities are being conservative now financially. You can argue that it’s a responsible stance.”

Staff costs generally total 57 per cent of universities’ overall costs, the authors said. Victorian universities have been required to provide detailed data on the make-up of their workforce for several years.

A spokesperson for the National Tertiary Education Union said: “There has been a lot of bloodshed, I would suggest it’s not over.”

Universities Australia, which has predicted Australian universities will lose $2 billion in revenue this year, said: “Every one of those job losses is devastating for the individual, their family and their community.

“With some indications that international travel will not resume until 2022 the picture for universities will get worse – with significant flow-on effects for international students and the Australian economy as a whole.”

as, bore, brunt, Casuals, covi, the
You may also like: