Charity chief exec, 59, was caught drink-driving after being stopped

Charity chief exec, 59, was caught drink-driving after being stopped at night with NO lights on M60 – hours after boozy board members’ dinner

A charity’s chief executive was caught drink driving in the dark without her headlights on just hours after toasting finding 56 beds for the homeless.

Businesswoman Maria Marsden, 59, failed a breath test after traffic officers spotted her car being driven erratically and without lights on along the M60 motorway near Manchester at 1am on May 30 last year.

She had earlier consumed vodka to celebrate finding accommodation for dozens of homeless people through her charity hostel Stop Start Go before heading home in her grey Renault Captur.

Tests showed she had 45 micrograms of alcohol in 100 millilitres of breath. The legal limit is 35mg.

At Manchester magistrates court last week, Marsden, of Hyde admitted drink driving and was banned from the roads for 12 months.

The arrest happened after the police patrol spotted her on the anti- clockwise carriageway of the orbital route near Junction 19. 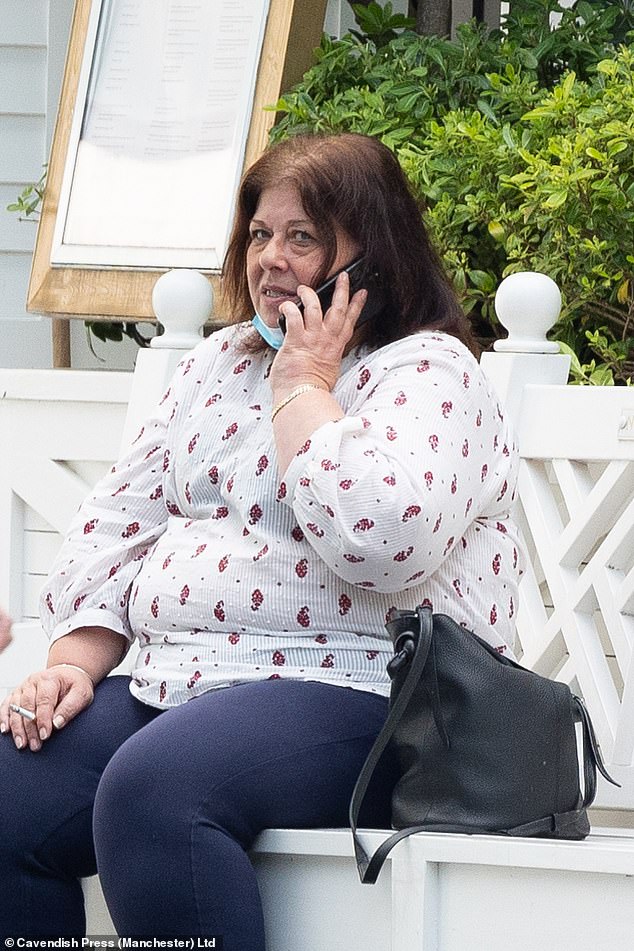 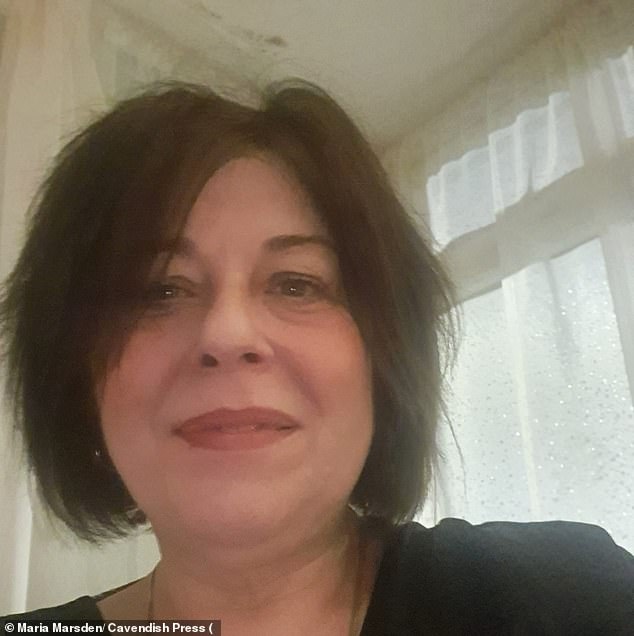 Prosecutor Simon Leong said: ‘Their attention was drawn to a Renault Captur in lane two. It did not have its lights illuminated and the driver was struggling to maintain her lane, weaving into lane one before crossing into lane two.

‘The officer caused the vehicle to stop and the defendant complied with roadside tests. Her reading was positive, and she was arrested and taken to Bury police station. She fully complied with the process and is of previous good character.’

In mitigation defence counsel Miss Anam Khan said: ‘She is a lady who has never been in trouble before. She is the founder of a charity and is the chief executive. The focus of the charity is on homelessness and on the night in question, she was celebrating the fact that she had secured accommodation for 56 people to get them off the streets.

‘She attended a board member’s home for a celebratory dinner. She was there from six o’clock to just past midnight and during the evening she drank three shots of vodka.

‘She is diabetic, so she has to tot up how much alcohol she is consuming but she didn’t feel over the limit. She insists that had she felt she was over the limit, she absolutely wouldn’t have got in her car and driven.

‘Perhaps if she had held off driving for just a further 50 minutes, she may have not found herself in this position.

‘In relation to the front lights of her car not being on, Mrs Marsden says this was a genuine error. It had nothing to do with the fact that she was over the limit. It was a new car, and it has automatic lights and she’s never had to physically turn the lights on.

‘On this particular day, the automatic function had been turned off by one of her colleagues. It was an error, a human error that would always come to be.’ 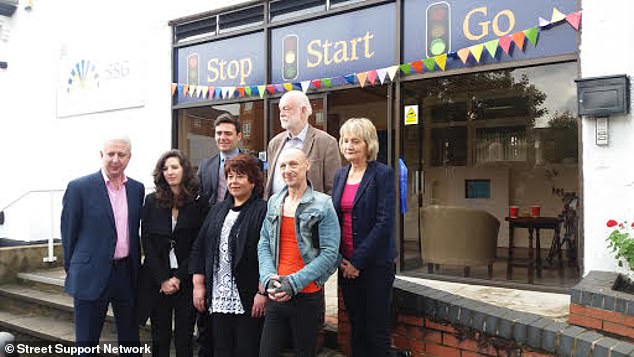 Ms Marsden is the chief executive of a homeless charity helping the vulnerable in Manchester on October 10. There is no suggestion any of these people other than Ms Marsden were at the celebratory dinner where she drank three shots

Manchester Mayor Andy Burnham opened her homeless hostel at a converted solicitor’s office in Cheetham Hill in August 2017 after she offered to provide dedicated bedsits for those with jobs who find themselves out on the streets.

The hostel was jointly funded by Manchester council, the Mayor of Greater Manchester’s Homelessness Fund and the Edward Holt Trust, a charity that helps homelessness projects across the region. Burnham himself donates 15% of his salary each month to the cause following research showing that on average workers keep jobs for just two weeks after becoming homeless.

At the time Marsden said: ‘I set the charity up to deliver the service in a different way. I just think there are some gaps and we feel that we’re going a long way to fill that gap.

‘It’s like a family atmosphere and we try to capture the moment when they need help with an open door policy. They can come in whenever they need help as soon as it comes up, rather than waiting for an appointment.’