China's Covid surge continues in epicentre of Xian despite lockdown

China’s Covid outbreak has continued surging despite a draconian lockdown being upgraded to its ‘strictest level’ today in the northwestern city of Xian.

Xian’s case load – 150 on Sunday versus 155 a day earlier – remains tiny compared with many clusters overseas, but Beijing has moved rapidly to impose strict curbs, ordering all residents to stay at home for all but essential travel last Thursday.

Restrictions were toughened on Monday as Communist officials imposed a driving ban with the threat of 10 days in jail for anyone caught behind the wheel.

Although no cases of the new Omicron variant have yet been detected in Xian, the Communist Party remain deeply anxious that any Covid outbreak could threaten the Winter Olympics that Beijing hosts in February.

These fears are compounded by studies from Hong Kong University which show that China’s Sinovac vaccine offers little protection against the new variant, even with a booster jab. 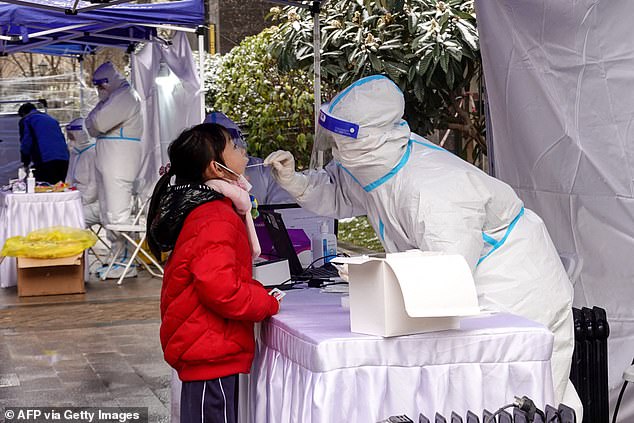 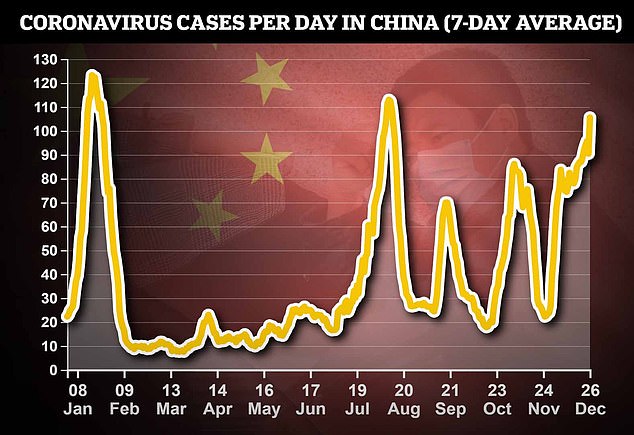 The latest outbreak has led to 635 local confirmed cases in Xian during the December 9 to 26 period, with no Omicron variant infections yet reported.

The new case number marks the highest count of local symptomatic infections since the daily bulletin provided by the National Health Commission started to classify asymptomatic carriers separately from end-March, 2020.

Mainland China had 101,277 confirmed cases since the start of the pandemic as of end December 26, including domestically transmitted ones as well as those found among international travellers. The death toll remained at 4,636.

China remains wedded to its ‘zero Covid’ strategy, using sealed borders and long quarantines to try and shut out new variants, with snap lockdowns, mass testing and contact-tracing to wipe out local outbreaks.

The approach continues to slow global supply chains and impact prices on goods.

Container ships are backed up at the world’s busiest port at Ningbo, and producers of cobalt sulphate, used in electric vehicle batteries, have been forced to shutdown operations, sending the metal’s price soaring.

Despite 80 per cent of the population being double-jabbed, the new surge in infections comes as Beijing prepares to welcome athletes from around the world for the start of the Winter Olympics on February 4.

Not only is it imperative to Beijing that this goes off successfully – but it also risks wider outbreaks of the new Omicron variant which has ripped across the planet. 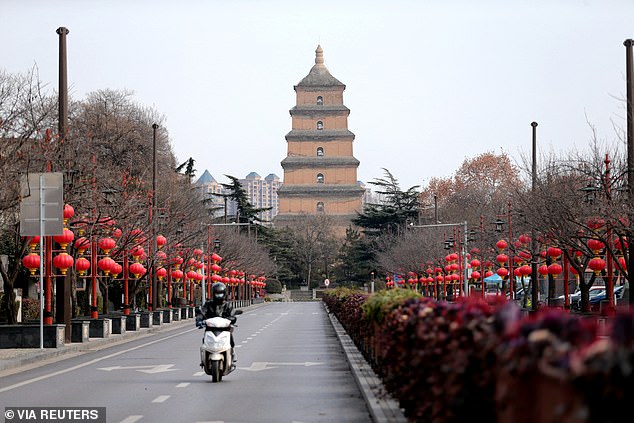 A rider travels on an empty road on December 26 following lockdown measures to curb the spread of the coronavirus in Xian, Shaanxi province 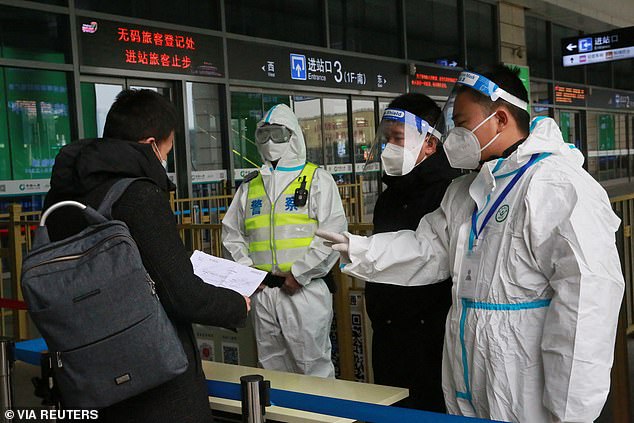 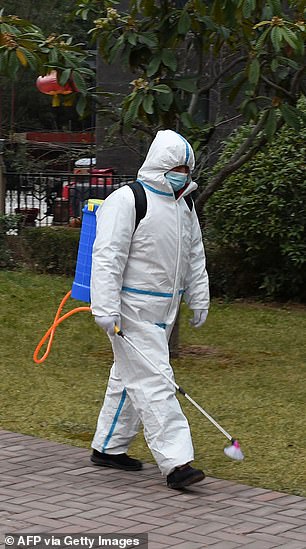 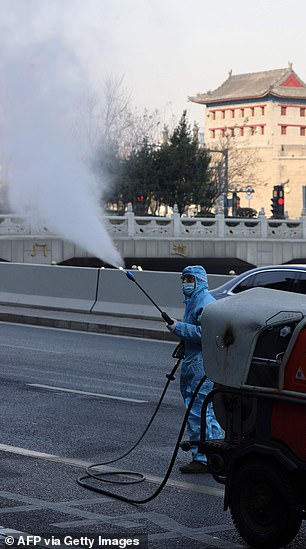 Researchers at Hong Kong University found that of 25 people double-jabbed with Sinovac, none produced enough antibodies to combat Omicron.

This compares with five out of 25 who received two doses of the Pfizer vaccine.

The results not only threaten Beijing domestically, but also in terms of its ‘vaccine diplomacy’ which has seen it competing with the West to supply jabs to other countries in Asia and Latin America.

Sinovac’s manufacturer responded to the Hong Kong study by publishing claims that a third dose would produce 94 per cent immunity against Omicron.

But the firm did not provide any data to back up the statement.

Another Hong Kong study then found that even three Omicron jabs could not protect against Omicron. 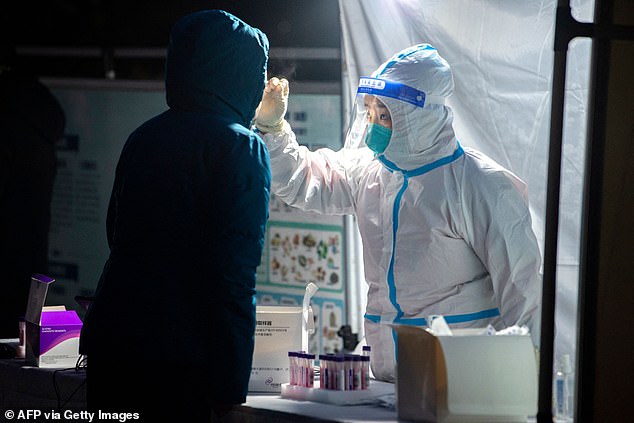 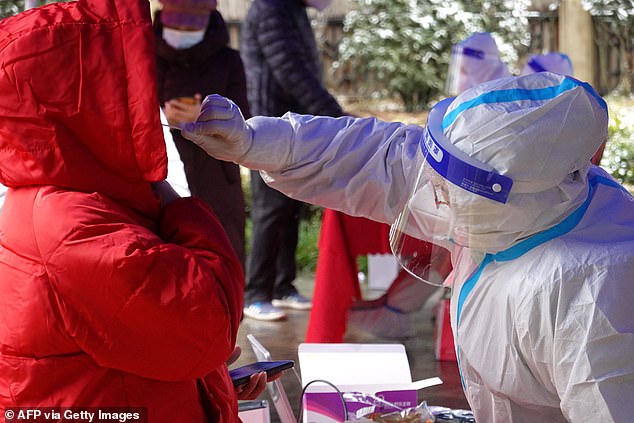 A medic swabs a resident in Xian on December 25

In Xian, a two hour flight southwest of Beijing, residents cannot leave the city without approval from employers or local authorities, and households can send only one person to shop for necessities every two days.

Other family members may not leave home unless they have essential jobs or urgent matters to attend to, approved by employers or communities.

Xian has launched a city-wide disinfection campaign, with staffers spraying pathogen-killing solutions on surfaces of roads and buildings.

Residents are advised not to touch plants after the disinfection.

It also started a new round of mass testing on Monday, urging residents to stay at home except for having their sample collected.

Xianyang city and Weinan city, also in the Shaanxi province where Xian is based, reported one local symptomatic case respectively for Sunday.

Local infections were also found in Guangxi region and the provinces of Zhejiang, Guangdong and Sichuan.