Speaking at an all-virtual Davos forum on Monday, Xi urged global unity in the face of Covid with many countries still crippled from the virus which is believed to have originated in Wuhan.

Having largely curbed the spread within its own borders, Xi wants to position China as a key player in a new multilateral world order, capitalising on the weakened US where the virus is still raging. 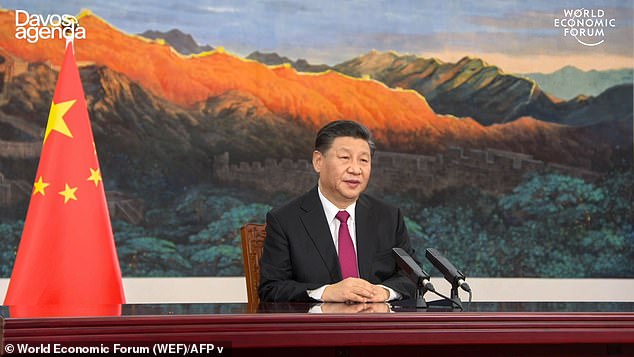 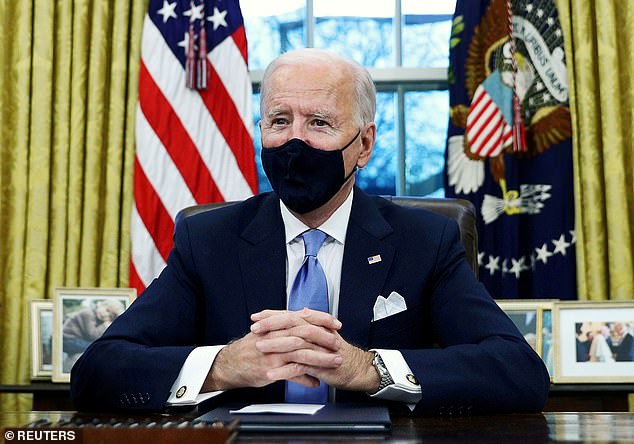 Xi said: ‘To build small cliques or start a new Cold War, to reject, threaten or intimidate others… will only push the world into division.’

In a swipe at moves targeting China launched by the previous US administration under President Donald Trump, Xi said confrontation ‘will always end up harming every nation’s interests and sacrificing people’s welfare’.

The Chinese leader also reaffirmed Beijing’s ambitious climate pledges to slash carbon emissions by 65 per cent by 2030 and achieve carbon neutrality by 2060.

The commitments are significant as China emits a quarter of the world’s greenhouse gases. 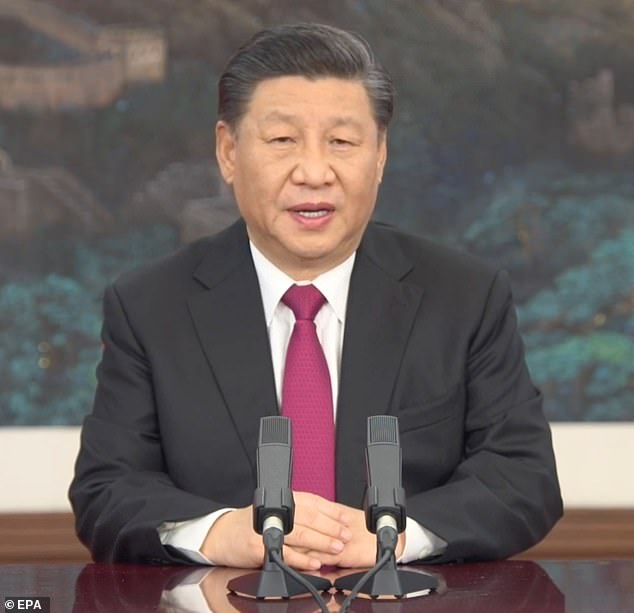 ‘Meeting these targets will require tremendous hard work from China. But we believe that when the interests of the entire humanity are at stake, China must step forward, take action and get the job done,’ he said.

Xi also called for stronger global governance via multilateral organisations, the removal of barriers to international trade, investment and tech exchanges, as well as stronger representation on the world stage for developing countries.

He stressed the importance of strengthening macroeconomic policies to combat the pandemic-induced global economic downturn.

‘We must build an open world economy, firmly safeguard the multilateral trade system, and refrain from making discriminatory and exclusive standards, rules and systems, as well as high walls that separate trade, investment, and technology,’ he said.

China saw its GDP increase 2.3 percent last year, according to official data, the lowest growth rate since 1976, but it is nonetheless expected to be the only major economy to have expanded in the pandemic-ravaged year.

Its economy is also forecast to grow by 7.9 per cent in 2021, according to the International Monetary Fund, trimmed down from initial predictions by a harsh geopolitical climate, global economic downturn and risks from a messy technological decoupling from the US. 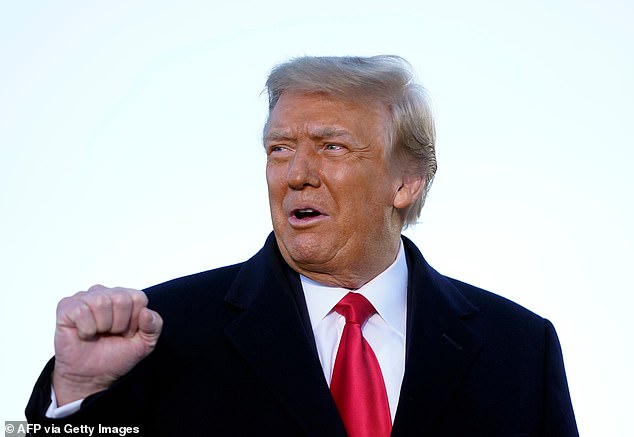 Under President Donald Trump, China and the US traded blows on a wide range of issues

It also overtook the US as the world’s biggest recipient of foreign direct investment (FDI) in 2020, according to a UN report released Sunday.

Bolstered by confidence in his country’s management of the pandemic, Xi has made ambitious climate pledges and vowed to uphold multilateralism as US-China relations entered their worst phase in decades under the Trump administration.

But the Chinese government has been accused of mishandling the initial Covid-19 outbreak and covering up information, while a World Health Organisation expert team is currently conducting a long-delayed probe into the origins of the virus.

How Biden decides to handle the mounting tensions posed by China’s rise will be one of the biggest strategic challenges he faces.

Under Trump, China and the US traded blows on a wide range of issues ranging from the virus to trade, media freedoms, human rights and technology competition.

Xi last addressed Davos in 2017, presenting himself as the champion of free trade on the eve of Trump’s inauguration.