A SHOCKING video shows a Chipotle employee hurling a pair of scissors at a customer during a row over a late meal.

Anthony Evans, 56, claims he waited for his online order at a Baltimore outlet for 30 minutes and asked twice about what was going on with it before a female employee started yelling at him for complaining. 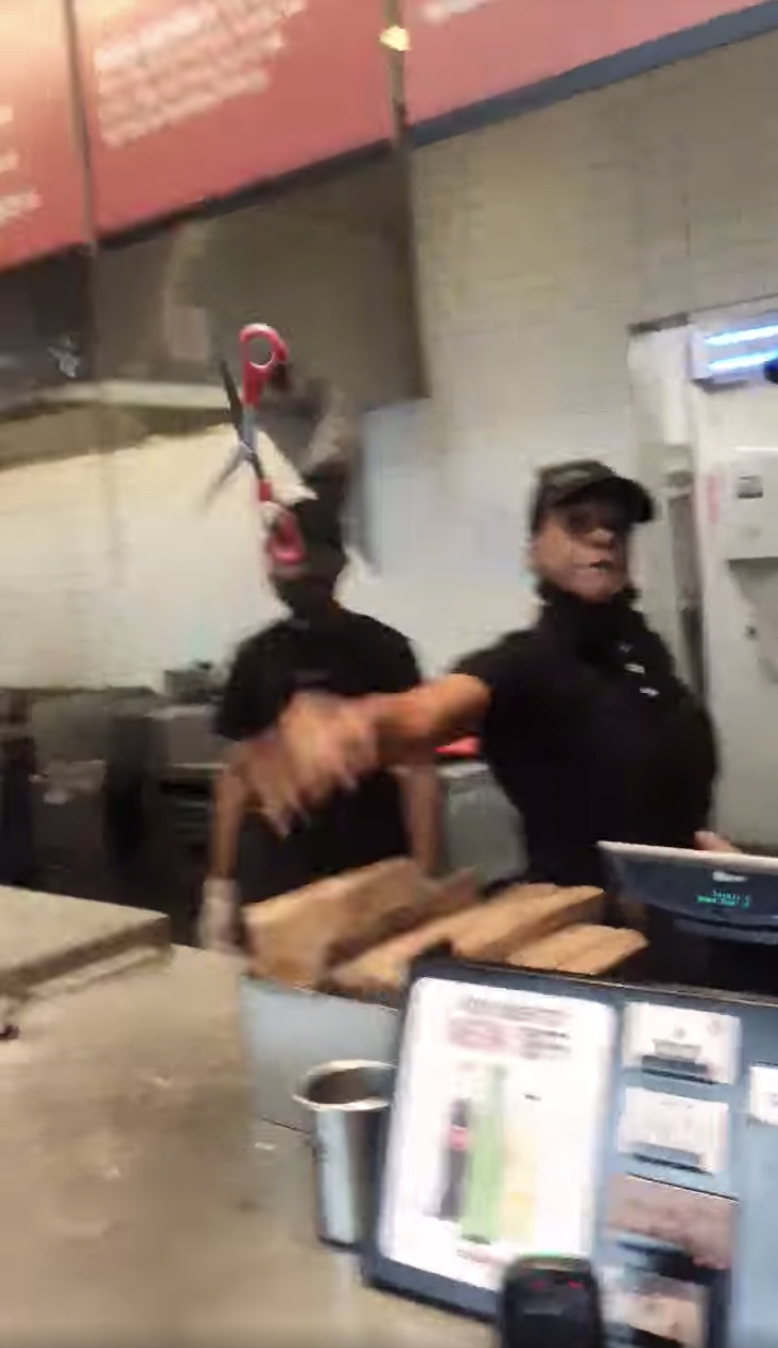 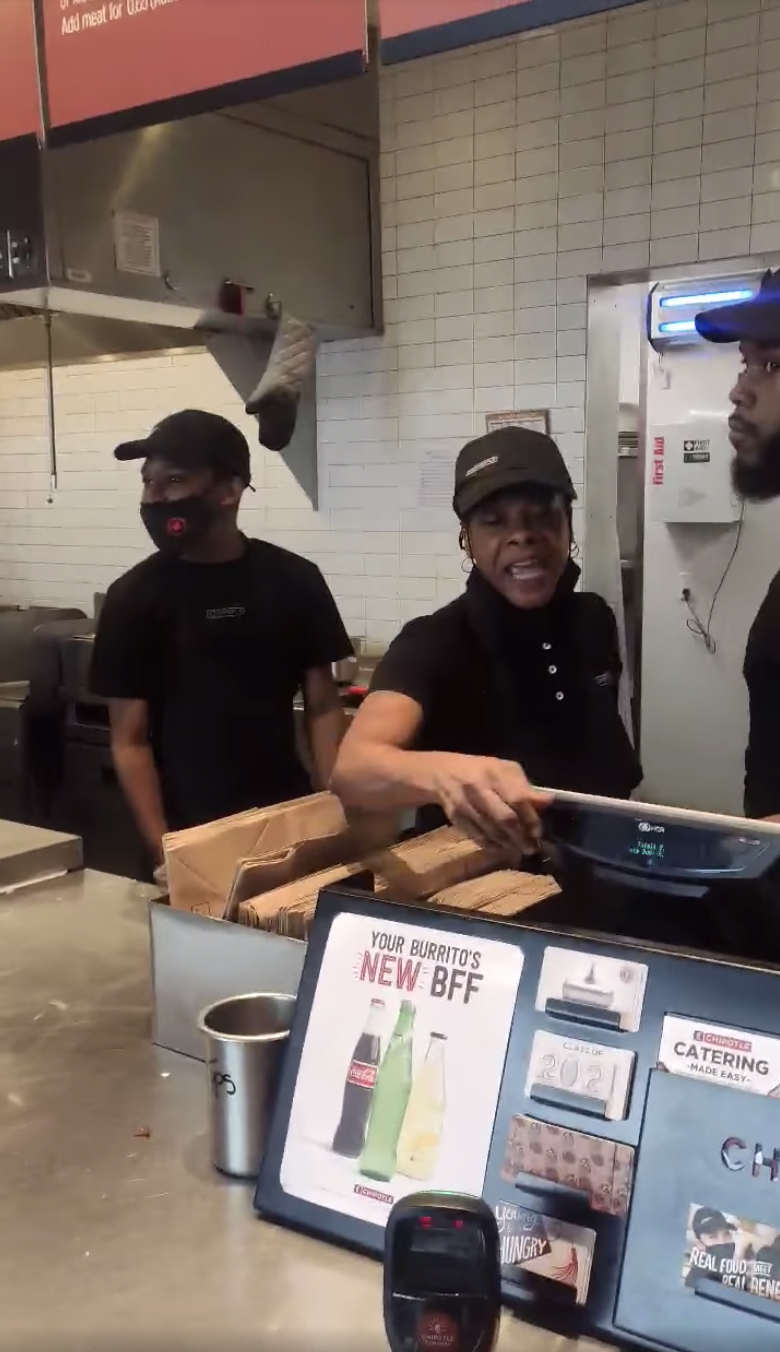 "Normally, it's like, let me get my food and leave, but this time I just stood my ground. I was like, no," Evans told Fox 45 Baltimore.

In the footage posted online Tuesday, Evans can be heard saying: “This is going right on Facebook… this is crazy.”

The woman says in the video her name is Nicole and she is the manager of the Mount Vernon Chiptole branch after he asked other employees.

"You can call whoever you want to, b***h," the woman says before hurling a pair of scissors at Evans.

Evans then contacted the police, who confirmed officers responded to an incident of aggravated assault on August 10 at around 1pm EST.

According to the police report, the scissors hit Evans in the shoulder but he wasn't seriously hurt.

"Most of the inner city restaurants, if you go in there and you have a problem with your order, it's better just to go ahead and humbly accept it unless something serious because they don't want to hear it," said Evans. "It seems like they're more belligerent, more animosity, more negativity, less amenable and less toward customer service," he added.

He attributed the bad behavior to what he said was "the culture and stress of living in the city."

Cops were able to get in touch with a district manager for Chipotle to relay the incident. 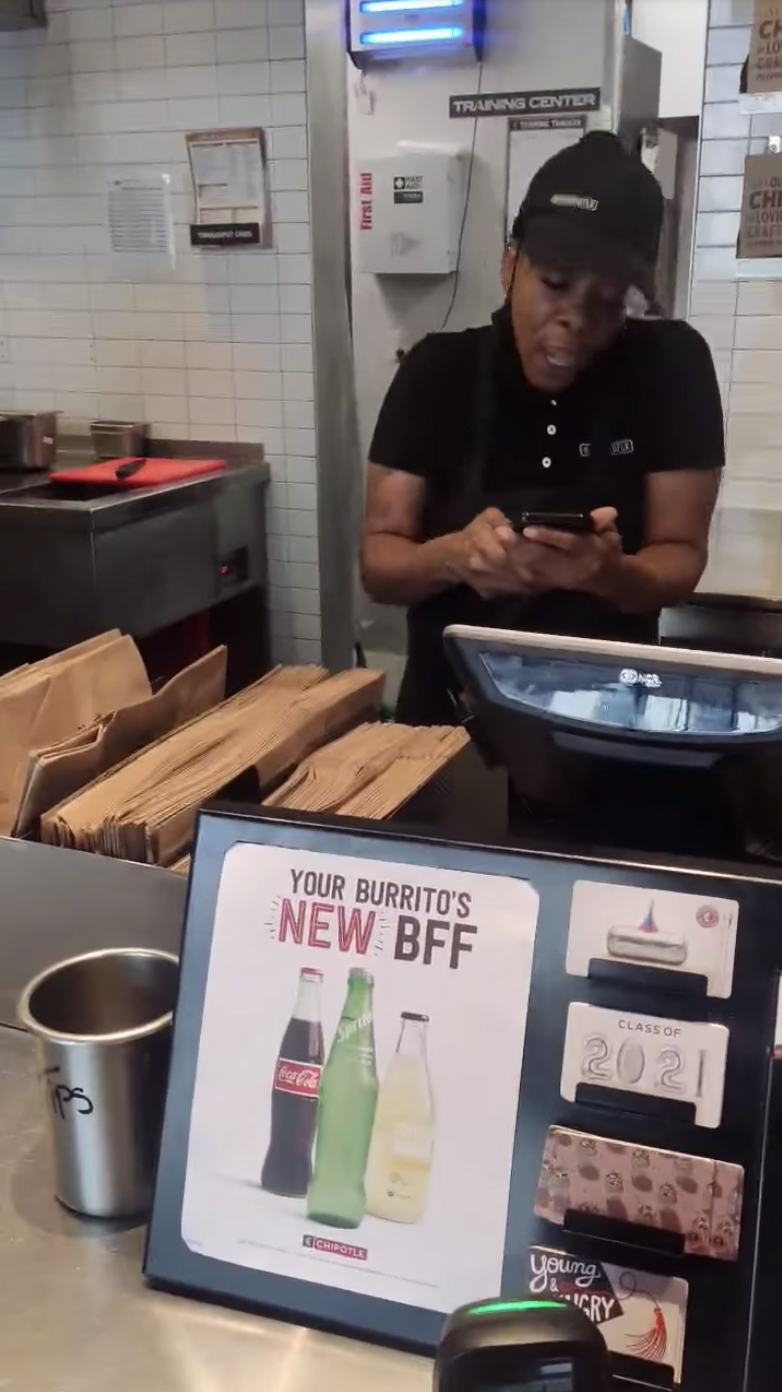 Chipotle, of, Pair, throws, worker
You may also like: