Chris Evans Is PEOPLE's 2022 Sexiest Man Alive: 'My Mom Will Be So Happy'

If you were to tell a middle school-aged Chris Evans that he would one day be named PEOPLE’s Sexiest Man Alive, “he’d be pumped!” the star tells the magazine in this week’s cover story. “This would probably be the road to the cool table which I was not at.”

Present-day Evans, 41, is still adjusting to the new title—and having to talk about it—but he knows this news will delight at least one person: “My mom will be so happy,” he says. “She’s proud of everything I do but this is something she can really brag about.”

It’s a sunny fall day on an estate outside Atlanta, Ga. where Evans is sitting in front of the fireplace in a quaint farmhouse. Although he appears to have fully understood this particular assignment, dressed in a cozy knit sweater and jeans, the Boston native would probably rather jump into said fireplace than discuss being deemed sexy. 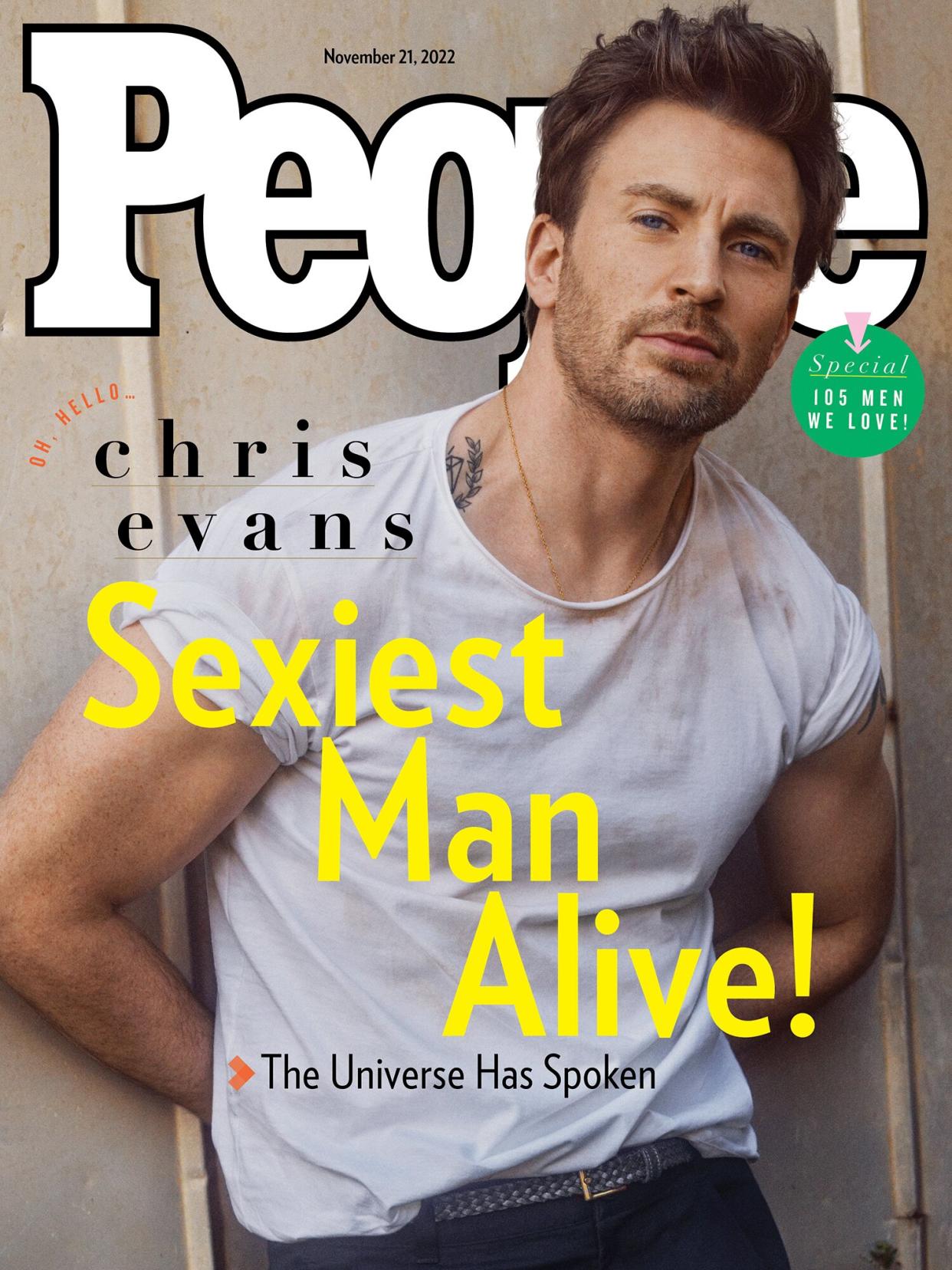 “This whole thing is tough to be interviewed about,” he says with a laugh. “It feels like a weird form of humble bragging.”

The Gray Man star is also bracing for some good-natured ribbing from his close friends. “Really this will just be a point of bullying,” he jokes. “It’s ripe for harassment.”

For more on PEOPLE’s 2022 Sexiest Man Alive issue, listen below to our daily podcast PEOPLE Every Day.

Regardless, his mom Lisa is delighted by the news. “I am not surprised at all,” she tells PEOPLE. “Our family will be beside themselves.” 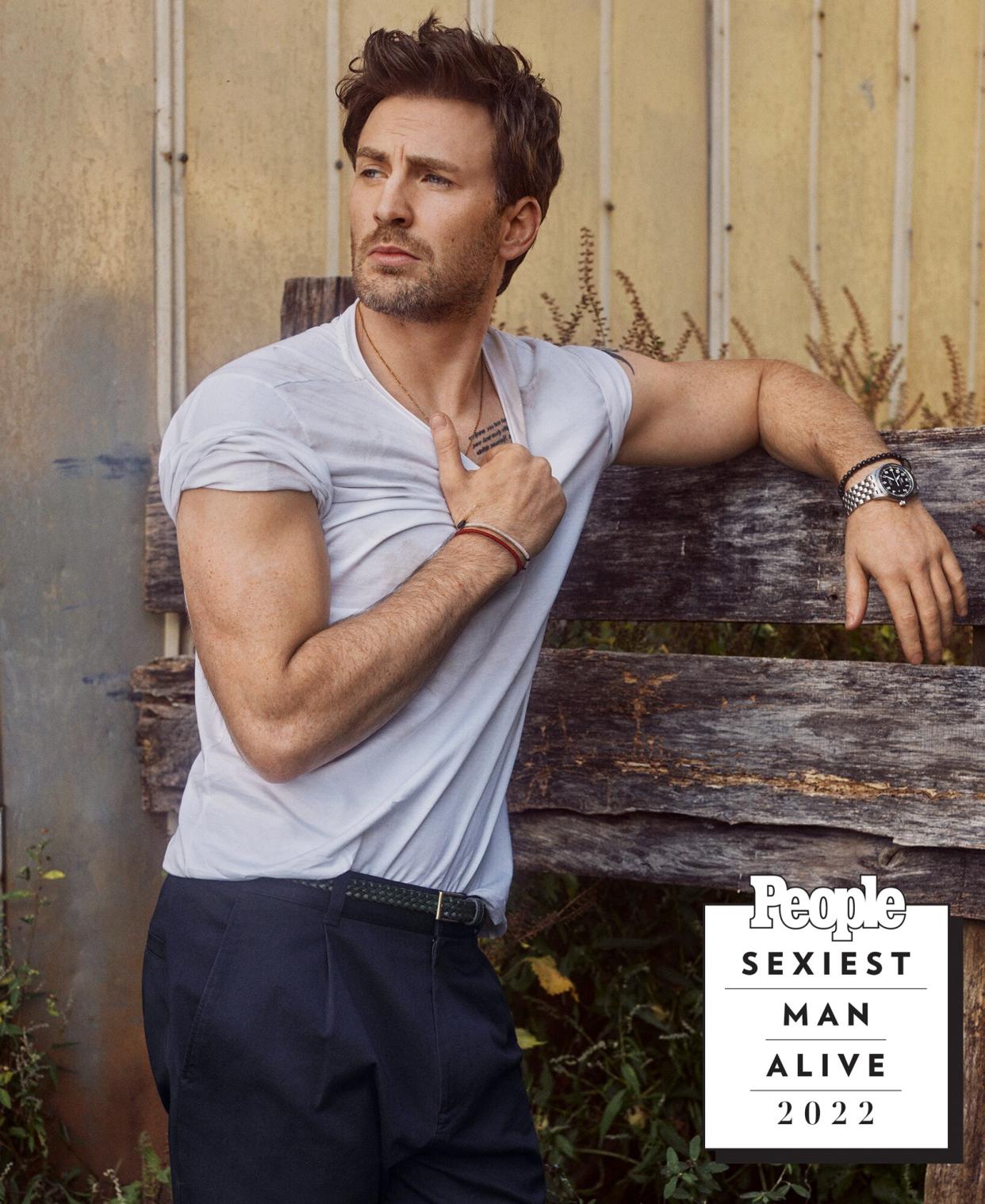 Best known for playing the altruistic, self-sacrificing superhero Captain America in Marvel’s multi-billion-dollar Avengers franchise, and as a devoted, photo-happy dog dad to Dodger, his boxer mix, on social media, Evans is far more comfortable talking about his career, which has been on fire for the last decade. This year alone, he starred in Pixar’s Lightyear, Netflix’s Gray Man and filmed three new movies, including 2023’s Ghosted for AppleTV+ which he is also producing, and also still co-runs A Starting Point, the civic engagement platform he launched in 2020.

Now in his 40s, Evans is trying to prioritize a healthy work-life balance and spending as much time as possible at home and with his family in Boston.

“When it comes to seeking out the people I play it’s more of an issue of where the movie shoots,” he says. “I’m too old to be living out of a suitcase for six months and I’ve settled into a nicer phase where I’m just happy being at home.”

He’s also thinking a lot more about his future outside of acting — one that includes marriage and fatherhood.

“That’s absolutely something I want,” he says. Just don’t expect him to talk much about that when it happens: “Some things you want just for you, or just for my family and my friends.” 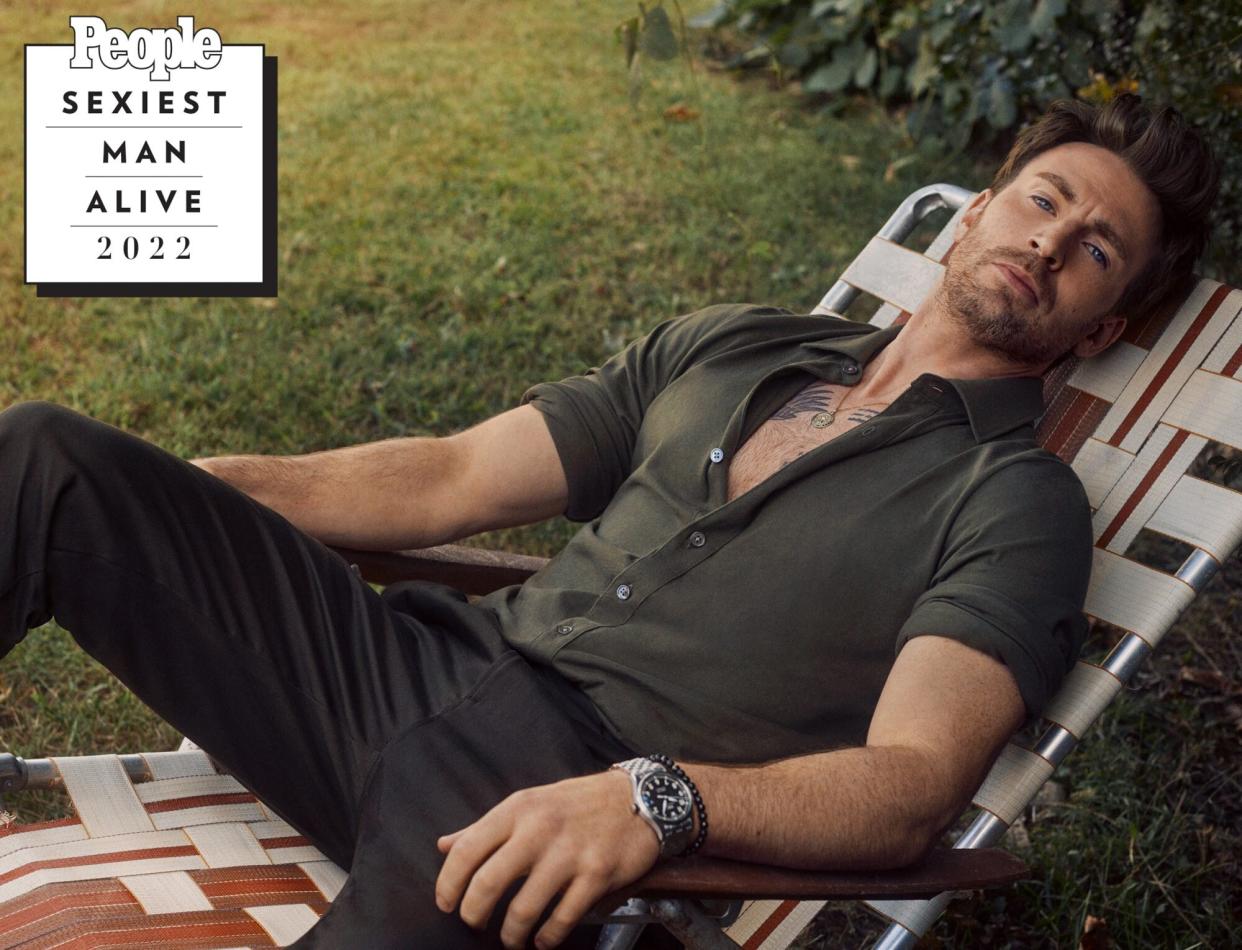 Twenty-two years into his career, Evans admits he’s ready to slow down a bit.

“The most enjoyable aspect of my career right now is feeling secure enough to take my foot off the gas,” he says. “I feel like I have a bit more freedom to take time away from the industry and still find projects that will satisfy my creative appetite when I return.”

So what does this year’s title-holder think is the sexiest thing about his beloved hometown of Boston?

“So much history there! I love the accent. To me, the accent is home,” he says. “I love the weather. The seasons, the sports teams. But the sexiest thing about Boston… maybe our universities. We’ve got a lot of good schools. Let’s give education a plug, that’s damn sexy.”

Just don’t ask him to use the word “sexy” in a sentence about himself. “It is something that as I become old and saggy I can look back on and say ‘I remember then…’ ” he adds. “I’m lucky to be in the discussion in any capacity.”