Civil servants have been slammed for reportedly attending a ‘Queer Leadership’ conference on taxpayers’ cash – against the wishes of the Government’s top lawyer.

But it has emerged that civil servants from her own department attended the £500-a-day diversity training in May.

A ‘small number’ of officials from the Government Legal Department were involved in the day-long event earlier this year, according to reports.

The course is said to have boasted that it would give attendees the ‘tools and knowledge for building a more inclusive, healthier and sustainable Queer Future’.

Ms Braverman told the Sun: ‘I am supremely disappointed the GLD continues to indulge in divisive diversity training at taxpayer’s expense. 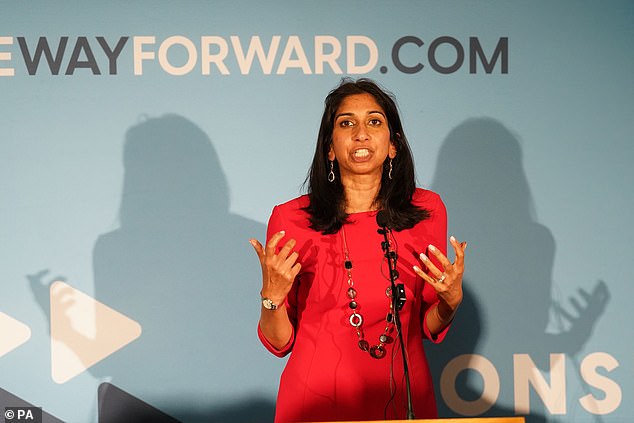 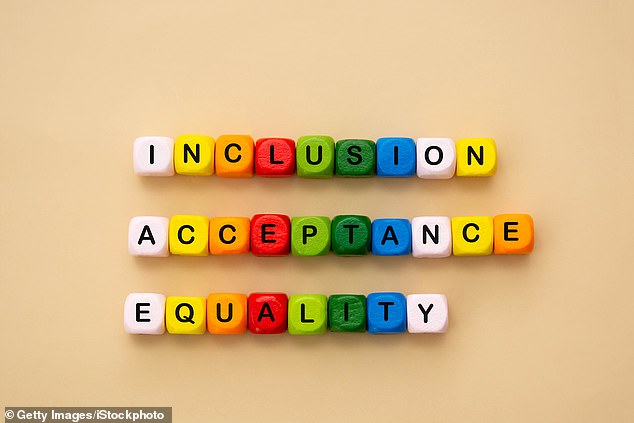 ‘Going forward, every item of expenditure that falls into this category must pass across my desk.’

It comes after it was revealed a group of 35 took part in a ceramics task on a £1,120 team building training course.

The expense was accidentally leaked online by Braverman’s office and attracted criticism from opposition MPs who slammed the use of taxpayers’ money.

Braverman, who is tipped to be Home Secretary if Liz Truss wins the leadership contest, took the decision to scrap equality training in her department after learning that staff had spent almost 2,000 hours on the courses last year.

They were being given lectures on ‘micro-incivilities’ and ‘how to be a straight ally’.

In one presentation they were told they must ‘take on the struggle of others as your own’ and to ‘recognise your privilege and transfer the benefits of it to others who lack it’. 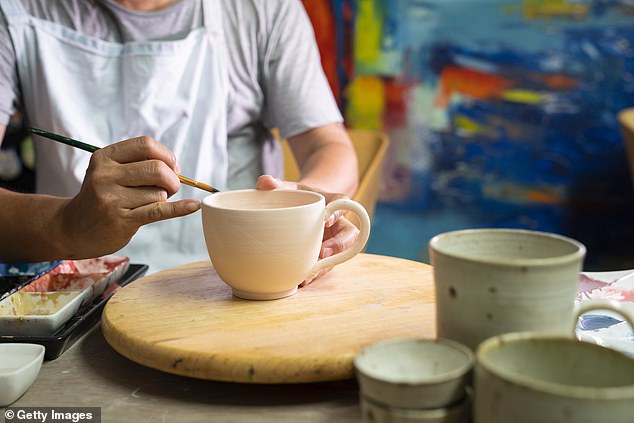 It also emerged people took part in a ceramics task on a £1,120 team building training course

The civil servants were urged to ‘be aware of your implicit biases’ and find a way to ‘acknowledge how you participate in oppressive systems’.

Staff were also given training on ‘unconscious bias’, even though ministers ordered the practice to stop back in 2020.

One handout asked officials to consider ‘who you say hello to in the mornings’, warning that their attitudes and stereotypes ‘can affect every area of your work if you’re not careful’.

In an article for the Daily Mail this month, the Attorney General described it as ‘downright dangerous’ for Whitehall lawyers to be taught they cannot challenge anyone who says they have been offended by a particular phrase.

‘This does nothing to create solidarity and support but rather keeps emphasising difference, creating a sense of “other” and pitting different groups against each other,’ she wrote.

A week later, it was revealed that the Government’s Legal Department (GLD) had dropped Stonewall’s Diversity Champions scheme following a backlash over the LGBT rights charity’s controversial practices.

The decision followed a series of revelations about the beliefs of Stonewall staff that emerged in recent years, including that of its ‘trans inclusion’ chief, who claimed that humans are not naturally male or female.

The charity also supports the belief that people with penises can be lesbians and those with vaginas can be gay men. Its chief executive, Nancy Kelly, last year likened ‘gender critical’ beliefs to antisemitism.

Furthermore, Stonewall has backed campaigns for the law to be changed to allow ‘self-identification’ of gender, meaning that a person who was born male could obtain the legal status of a woman simply by describing themselves as female.

The GLD became the latest in a host of high profile bodies to abandon the project, including the BBC, Channel 4, Ofsted, the Cabinet Office and the Equality and Human Rights Commission.