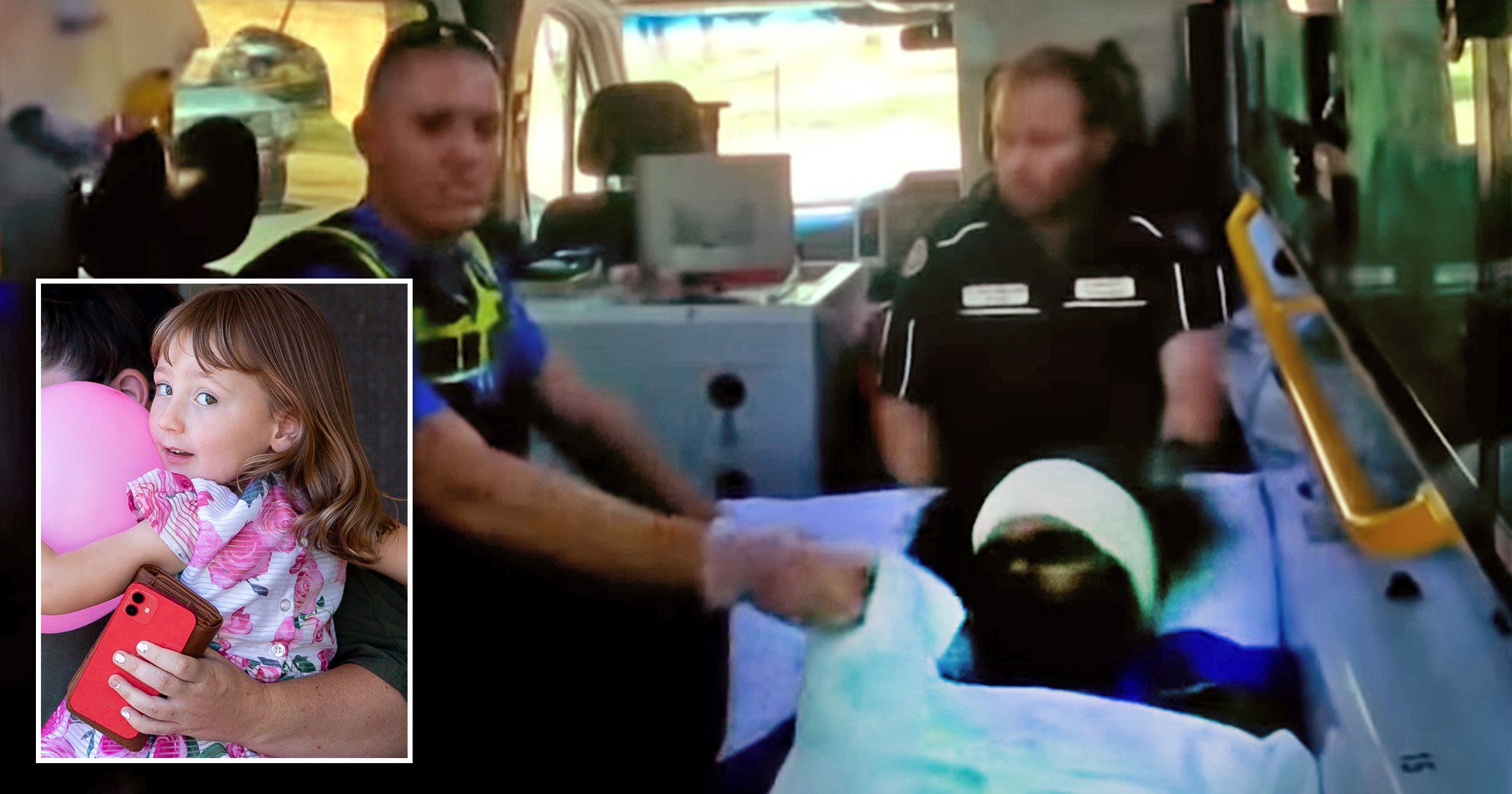 The man suspected of abducting Cleo Smith had to be treated in hospital after being ‘beaten by another prisoner.’

Terry Kelly, 36, was filmed being taken away from Carnarvon police station in Western Australia on Wednesday in an ambulance with a bandage over his head.

He was arrested after police found little Cleo, 4, in an empty home in the coastal town after she went missing from a campsite where her family were staying 18 days ago.

The suspect was taken from police detention to a hospital late Wednesday and again on Thursday.

A mother of one of the prisoners also being held in the holding cell at the time has alleged that her son beat up Kelly after finding out who he was.

She told the Daily Mail: ‘As soon as he heard this bloke was arrested over that little Cleo, he blew up, beat him black and blue.

‘I tell you what, he (Kelly) got a real hiding…my son had to be taken out in shackles, and he (Kelly) was taken for treatment…he was in a bad way. He is a big bloke but he really copped it’.

A spokesman for Western Australia Police said they would not be commenting on the woman’s claims.

Earlier Detective Superintendent Rod Wilde, the lead detective on the case, told 6PR: ‘My understanding is the man in custody self-harmed.”

He said: ‘Obviously in modern police stations, there’s CCTV in all the cells and everything else.’

Kelly, who sustained unspecified injuries in the incident, later returned to the police station to speak to officers, Wilde has confirmed.

Police said they expect to charge him on Thursday but have not detailed the specific charges he is facing.

Meanwhile, Cleo was back to her laughing, bubbly self as she was seen with a balloon while being carried by her mother Ellie Smith.

A audio recording of the moment she was found has been released in which she’s heard saying ‘my name is Cleo’, the phrase which prompted celebrations around the world.

Her disappearance sparked a frantic air, land and sea search with detectives fearful that it was already too late.

Cleo’s mother had woken at 6am on October 16 to find the family’s tent unzipped and her oldest daughter missing.

Suspicions were raised among locals when the suspect was seen buying diapers and was known to have no children, but police have disclosed little information about what made the man a suspect.

‘It wasn’t a random tip or a clairvoyant or any of the sort of things that you might hear,’ Police Minister Paul Papalia said. ‘It was just a hard police grind.’

A four-member police team used a battering ram to smash into a locked house early on Wednesday and rescue Cleo, who was found alone playing with toys less than a 10-minute drive from where she lives.

The discovery of her ‘alive and well’ sparked elation, with police admitting ‘seasoned detectives’ were ‘openly crying with relief’.

After Cleo’s ordeal was over her mother, Ellie, posted on Instagram that ‘our family is whole again’.

Their small hometown of Carnarvon, which had spent weeks on edge after the girl’s disappearance, was soon decked out in balloons and ‘welcome home’ signs as residents celebrated the news.

One of Cleo’s rescuers, detective Cameron Blaine, said he visited the family after she was released from a brief hospital stay Wednesday and she appeared to be coping well.

‘It was really heartwarming to see her interact and playing in the backyard and just being herself and around her parents,” he said. I’m amazed she seems to be so well-adjusted and happy.’

Police have said they believe the abduction was unplanned and ‘opportunistic’.