Follow
Home » World News » ‘Closest ally of the US?’ Biden yet to call Netanyahu

‘Closest ally of the US?’ Biden yet to call Netanyahu

Jerusalem: Israel’s former UN ambassador sent an ill-tempered tweet to Joe Biden on Wednesday imploring him to call Benjamin Netanyahu, as the US President appeared to give the cold shoulder to his closest security partner in the Middle East.

The Israeli Prime Minister is yet to receive a personal phone call from Biden, who has already spoken to leaders in Britain, France and Germany.

Danny Danon, Israel’s former permanent representative to the United Nations, sent a tweet to the US president with a phone number for Netanyahu’s office as he pleaded for the White House to make the call.

“Might it now be time to call the leader of Israel, the closest ally of the US?” Danny Danon asked in the tweet.

Netanyahu had an exceedingly warm relationship with Donald Trump, Biden’s predecessor. It was Trump who delighted Israel’s prime minister by moving the US embassy to Jerusalem and declaring the disputed Golan Heights territory, claimed by Syria, as Israeli soil. As a gesture of gratitude, an Israeli settlement there was renamed Trump Heights. 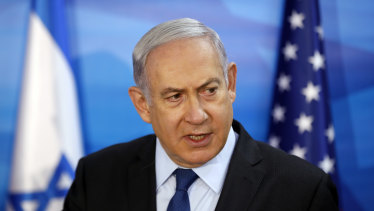 The former president’s “maximum pressure” approach to sanctions on the Iranian regime and his withdrawal from the Iran nuclear deal were also well received in Israel.

But Biden, who opposes Israeli settlement expansion in the West Bank and has resumed aid to the Palestinians, is expected to be far less friendly toward Netanyahu.

Israeli analysts said the President’s silence had sent a clear message that he disapproved of a series of controversial moves made by Israel between his election victory and inauguration, including the alleged involvement of the state in the assassination of a top Iranian nuclear scientist, various airstrikes against pro-Iran forces in Syria and plans to expand settlements in east Jerusalem and the West Bank.

Both Israel and the US government under Trump regarded Iran as a mortal enemy and nuclear threat, while Biden had been more circumspect.

Israeli officials fear Biden will “slide back” into the foreign policies of the Obama era, such as the nuclear deal, undermining the region’s security. 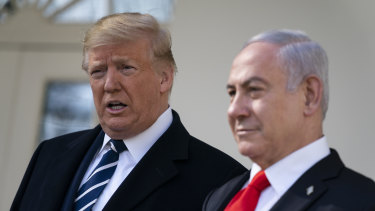 Dr Dahlia Scheindlin, an Israeli political analyst, said the absence of a phone call to Netanyahu was also a power play of sorts.

She said that after Israel made several appeals to Biden over the Iranian threat, “Biden is now answering back, saying ‘I heard you. Now hear my silence’.”

She added: “He will call soon enough, but [from the Israeli government’s perspective] it’s never too early to lay the foundation for calling this US administration hostile to Israel.”

“It’s unclear why President Biden would wish to signal to all of Israel’s enemies that the US doesn’t stand with our most important ally in the Middle East,” she told the Times of Israel, condemning his conduct as “bizarre, inappropriate, immature”.

In addition to Iran’s nuclear threat, Biden will have to address Iranian influence in Iraq and Yemen as well as Russia’s military presence in Syria.

ally, Bide, closest, of, the, Us
You may also like:

Is this the UK's WORST estate? Residents live in fear of violence as streets are littered with rubbish & bottles of PEE