A man has been forced to take to social media to save his marriage after a mysterious note was left on his car.

The man from Scone, a regional town three-hours north from Sydney, revealed his enraged wife had left the marriage after discovering the compromising letter.

To make matters worse, the note – which appeared to be authored by another love interest – was left on his car on the couple’s one-year anniversary.

The letter, signed off with a love-heart reads: ‘I didn’t/couldn’t see you. I hope you had a great day. We had to go – the kids were done lol. I’ll call you tomorrow. C.’

The man took to a community Facebook page to beg the author to come forward so the misunderstanding could be explained to his furious wife. 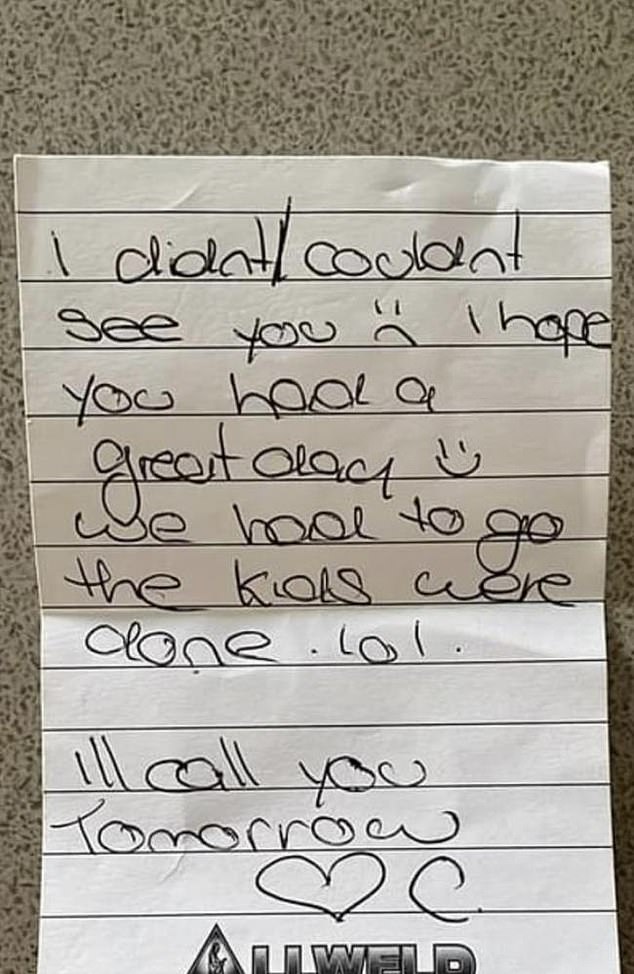 He revealed she had left him after discovering the inconveniently-placed note.

‘To whoever left this note on my car at the scone wash pools yesterday afternoon. Hope you have a bed handy for me. It was our first wedding anniversary,’ he said.

‘My wife left me over finding this note. So ‘C’ if your (sic) out there. Let me know. So we can clear this up,’ he posted.

Entertained locals were quick to reassure the man’s unsettled partner it was simply a case of the author placing the note on the wrong car.

‘Honestly, to me, it looks like a note that one woman left for another woman.. like as if two friends took their kids to the wash pools, one friends kids got tired and she couldn’t find her friend to say she was leaving,’ one woman suggested.

‘So she left her a note so she knew where they were and just put it on wrong car.’

In another twist to the small town saga, a day later the man revealed the author of the letter had come forward and cleared up the confusion.

‘Thanks everyone for your kind words. My wife has not left me and is not psycho.’ 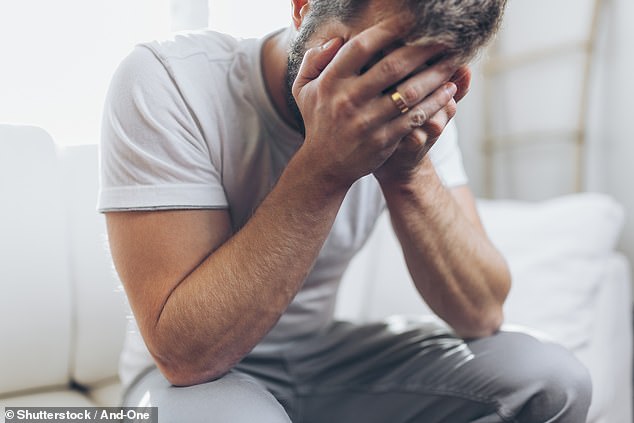 In another twist to the small town saga, the man told locals the author of the letter had come forward and cleared up any confusion, ultimately saving his marriage (stock image)

However, his miffed partner couldn’t help but leave a comment defending her decision to momentarily leave her husband.

‘Wife here, Still happily married. I am not a crazy short tempered psycho. Was not looking for a way out,’ she commented.

‘Husband is not a serial cheater or abusive in any way. ‘Only thing he guilty of is having a warped sense of humour. We figured it was a case of mistaken car identity.’

The woman said she was glad that some residents had been able to see the funny side of the mix-up but had some choice words for those who didn’t.

‘Sorry for those who took it way too serious and tried to degrade us. Hopefully there is some dust, or fireworks for you to move your attention too soon.’