A CAR drove into a screaming crowd at a Christmas market this afternoon.

Families with small children and elderly people were among those seen jumping out the way as the vehicle ploughed through. 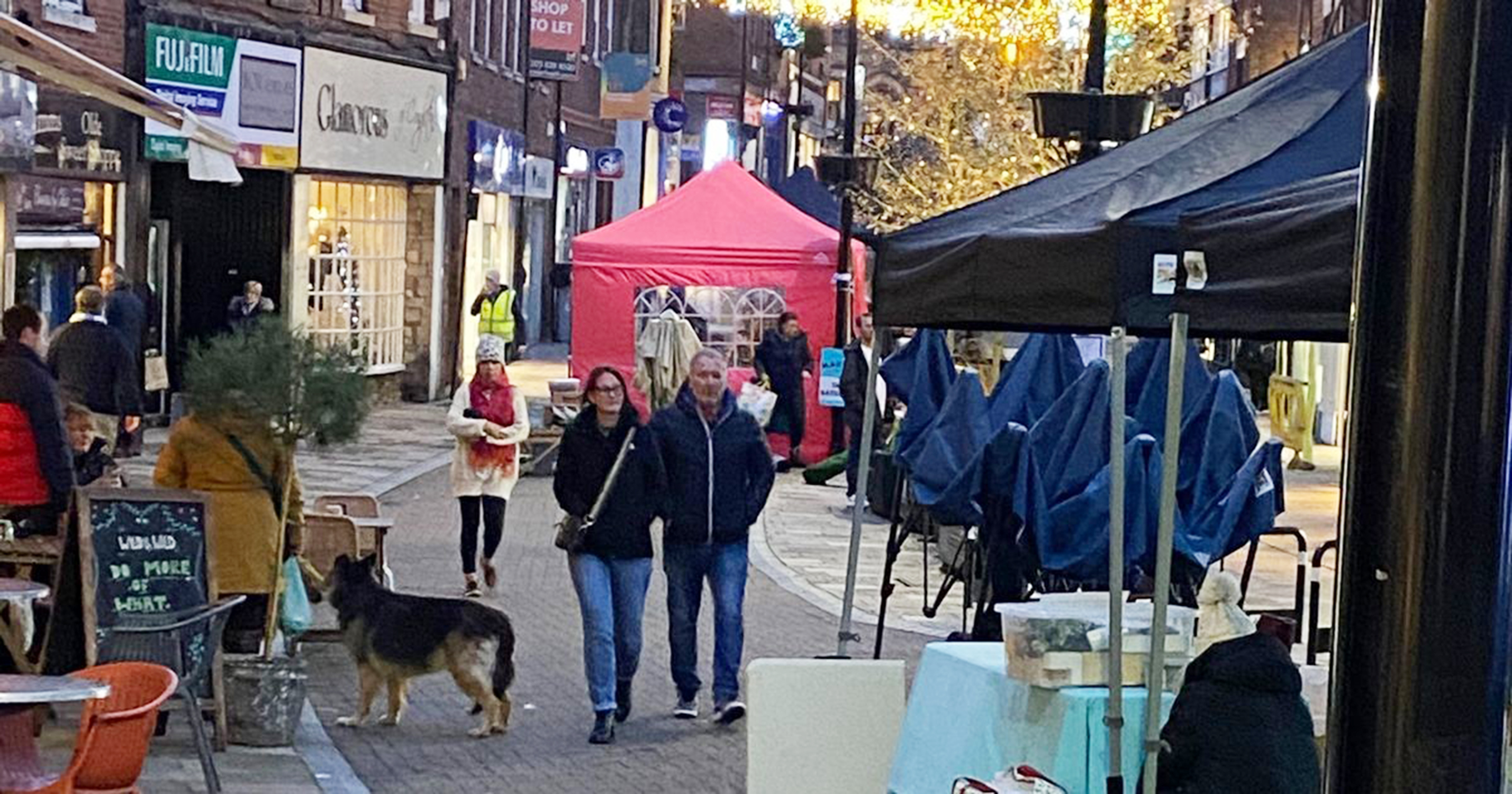 It is said to have been doing at least 50 miles-per-hour when it drove through the 800-strong crowd at Congleton Christmas market in Cheshire.

No one was hurt and three men have been arrested, police confirmed.

The VW Golf was found abandoned a short while after the incident.

"A car has come screeching down the High Street – which is full of stalls and people. There are hundreds of people here, people with kids and dogs and lots of traders.

"He must have been doing at least 50mph. People were jumping out of the way.

"I saw one elderly lady who had to jump out of the way – she's very shook up. We all are."

Steve said people ran after the driver, who he said failed to stop.