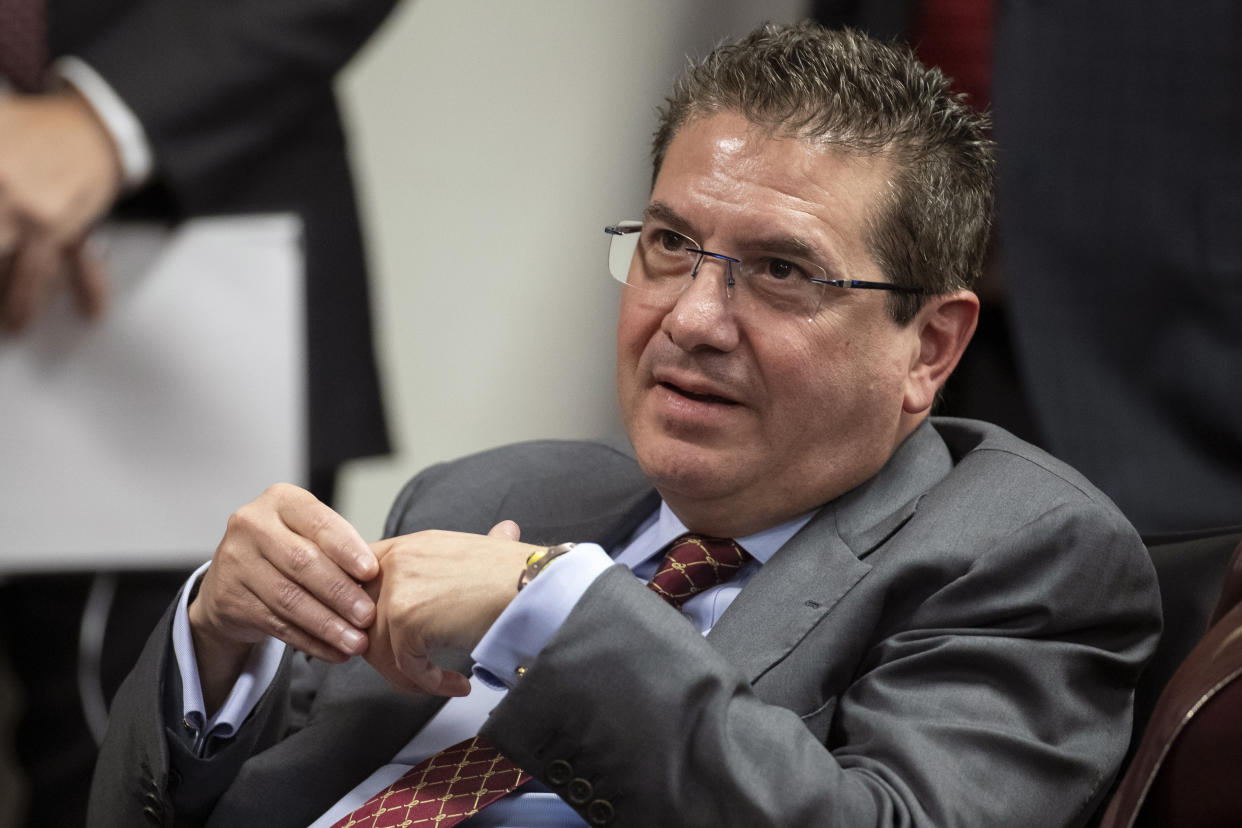 Washington Commanders co-owner Dan Snyder "contributed" to the team's toxic workplace and attempted to impede the investigation into the team's misconduct, according to a report released Thursday by the House Committee on Oversight and Reform.

The report, which spans 79 pages, details alleged instances of Snyder's misconduct, accuses Snyder of interfering with the investigation looking into that misconduct, and criticizes the NFL for failing to take action against Snyder.

The report's executive summary admonishes Snyder for initially failing to appear in front of the Committee. The report accuses Snyder of hiding on his yacht so he could not be served a subpoena. When Snyder eventually testified, he allegedly avoided answering questions, reportedly claiming "more than 100 times that he could not recall the answers to the Committee’s questions." Snyder is also accused of proving "misleading testimony about his efforts to interfere" with the investigation undertaken by Beth Wilkinson, who was hired by Snyder to investigate the Commanders before the NFL took over it.

The Committee detailed multiple allegations of misconduct against Snyder, most of which were already made public during the course of the investigation. Snyder was accused of inappropriately touching former Commanders employee Tiffani Johnston at a team event and ignoring or refusing to believe complaints of sexual misconduct against team executives.

Snyder reportedly apologized for the misconduct in the organization during his deposition, but also claimed the accusations may have been the result of a former employee with a "negative agenda" trying to take down Snyder. The Committee spoke to 100 current and former Commanders employees.

Snyder is also accused of launching a "shadow investigation" to try and figure out the sources who spoke out against him in a Washington Post article detailing instances of misconduct in the organization. Snyder reportedly made seven presentations to the NFL and Wilkinson claiming he was "the victim of a smear campaign," per the report.

Snyder is also accused of using Commanders general counsel Dave Donovan as a proxy to sue Wilkinson in an attempt to prevent her from accessing information related to a 2009 sexual assault allegation. Snyder also reportedly offered hush money to former employees so they wouldn't talk to Wilkinson.

Snyder and his lawyers reportedly collected 400,000 emails from Allen's team account in an attempt to blame Allen for the team's toxic work culture. Snyder confirmed as much in his deposition with the Committee.

Some of those emails — which contained inappropriate content — were eventually leaked to the Washington Post and resulted in former Las Vegas Raiders coach Jon Gruden getting fired. Allen testified that NFL senior vice president and special counsel for investigations Lisa Friel said the Commanders leaked those emails to the Wall Street Journal. Gruden sued the NFL and Goodell months after being fired.

The NFL is also accused of misleading the public for the way it handled the Wilkinson investigation. Snyder was reportedly able to negotiate with the league on the punishment levied against him and the Commanders by the NFL as a result of the Wilkinson investigation. Snyder reportedly negotiated the wording of the statement released by the NFL, the $10 million fine against the team and the NFL's recommendations for the team. The NFL was also criticized for failing to receive Wilkinson's report in writing. The report was supposed to be written, but Goodell reportedly changed his mind and insisted on an oral report from Wilkinson.

The Committee concluded that the NFL, "Has not protected workers from sexual harassment and abuse, has failed to ensure victims can speak out without fear of retaliation, and has not sought true accountability for those responsible, even after decades of misconduct."