Contact tracers will stop trying to track down casual contacts of known COVID-19 cases within days as the virus becomes more widespread in the community.

As Victoria recorded 1377 new coronavirus cases and four deaths on Monday, Chief Health Officer Brett Sutton said the listing of tier-2 sites, which are lower-risk locations visited by a COVID-positive person, will be “progressively” scaled back over the next few days. 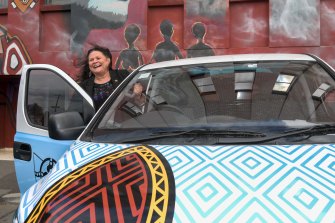 “We will be publishing the highest-risk tier sites as well as letting households and those businesses know what they need to do for those higher-risk exposures,” Professor Sutton said.

“We have had to focus our efforts on where we get most bang for our buck.”

As Victoria hit its fifth consecutive day of more than 1000 cases in the community, Professor Sutton said the highest-risk sites, which are usually deemed tier 1, would still be published online and businesses would be contacted.

Tracers were contacting all positive cases within 24 hours to ensure they were in quarantine. He said the virus detective teams would still track down household and close contacts, but said it was no longer an “effective use of energy” to capture all tier-2 sites.

Deakin University epidemiologist Catherine Bennett said listing tier-2 sites was part of Victoria’s “cautious path” at the start of the pandemic but it would be “overzealous” to continue once vaccine rates increased.

“It’s about bringing the net in and acknowledging you may miss a rare case,” Professor Bennet said. “We know we have cases out there, and we can’t connect them all. The main thing is, once you get to that level, everyone with symptoms should test regardless, test primary contacts.”

Professor Bennett said contact tracing would still be used to identify close contacts and monitor trends such as any new variant or high-risk locations, but it was unlikely to be a “public event”.

Professor Sutton said mystery cases, which aren't linked to any known outbreak, remained a concern for health teams but said it was a feature of "widespread community transmission". 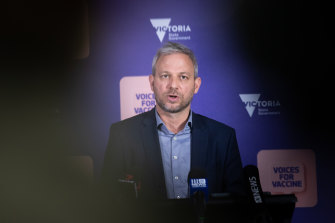 “It is just a phenomenon that happens when you have got thousands of cases per day.”

As some Victorian students return to face-to-face learning, the government will also overhaul isolation rules for schools to avoid school-wide closures. As part of the shake-up, health officials will consider the vaccination status of teachers and students, mask usage and other mitigating factors before forcing entire school communities into isolation.

Professor Sutton said classroom contacts were “most at risk” but the new system would recognise that other students and teachers may not need to isolate.

“We certainly won’t have the entire school quarantining for a full 14-day period,” he said.

It follows similar changes to isolation rules for supermarkets, which were struggling to fill shifts as staff were forced to isolation due to potential COVID-19 exposures.

With more than 50 per cent of eligible Victorians fully vaccinated, Professor Sutton said case numbers could be stabilising and flagged that similar protocols could be introduced across other workplaces to avoid 14-day workplace shutdowns.

The new approach comes as the Andrews government announced it will roll out three mobile COVID-19 vaccination vans to step up inoculation rates in Victoria’s Indigenous community, which is lagging the rest of the state.

There are fears First Nations people could be left behind in the vaccination race as the state prepares to ease restrictions by the end of this month.

One mobile van will be based in Melbourne, and two will head to regional Victoria, starting in Shepparton and the Latrobe Valley – two regions with a high Indigenous population, low vaccination rates and active COVID-19 cases.

“It makes me feel very disappointed and angry in the year 2021 that we’re still, as Aboriginal people, First Nations people of this country, that we’re still being left behind,” said Jill Gallagher, chief executive of the Victorian Aboriginal Community Controlled Health Organisation. “The vans aren’t going to be the magic bullet but if we manage to get one in an area, if we get 20 of our people additionally vaccinated as a result of these vans, then we’ve done our jobs.”

Ms Gallagher said staff would head to areas with the greatest need, including places with a high Indigenous population, to inoculate and educate the community about the importance of vaccination.