A POLICE officer is being investigated by a force watchdog after appearing to fly-kick a girl as his colleague attempted to arrest her pal.

Officers from Norfolk Constabulary were filmed restraining two females, with one seen lashing out as his colleague tried to restrain the second girl in Norwich. 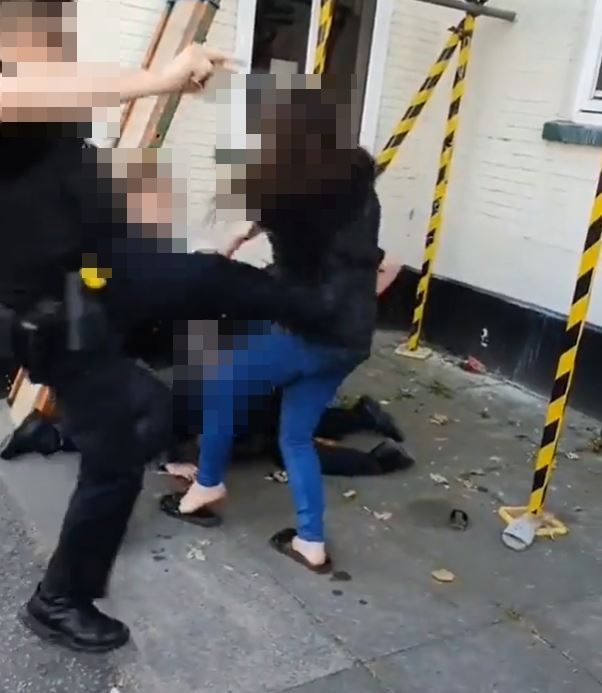 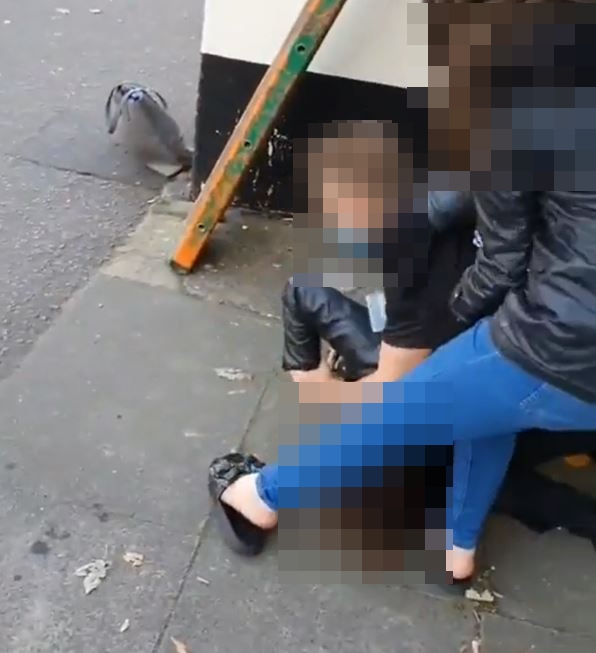 Footage shows an officer grappling with one woman who was screaming and then gets tackled to the floor.

Her friend attempts to get involved, telling cops to “get off her” before the woman grabs hold of the officer’s handcuffs, and continues screaming.

More officers then arrive in a police van, with one launching himself at the woman still standing.

She is then sent flying into some scaffolding, before the second officer makes attempts to restrain her.

An onlooker tells the officer “You might break her neck if you keep doing that” before commenting “You f***ed now”.

The incident happened at 5pm on Sunday, outside of the City of Spice Indian restaurant, close to Dereham Road.

Two women were arrested and released on bail pending further investigations, with cops confirming the incident has been referred to the IOPC.

A Norfolk Constabulary spokeswoman said: "We are aware of a video circulating on social media following an incident in Norwich on Sunday.

"The matter has been voluntarily referred to the Independent Office of Police Conduct and an investigation is ongoing."

A constabulary spokeswomen confirmed that no further information could be released regarding the incident at this time, pending the outcome of the investigation from the Independent Office of Police Conduct. 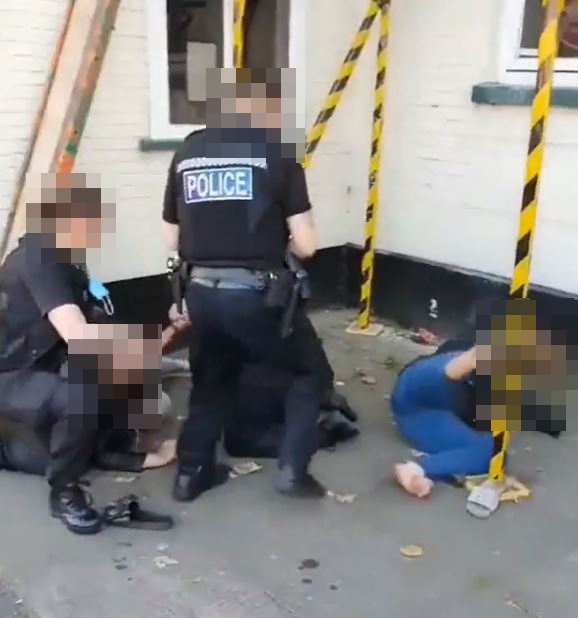 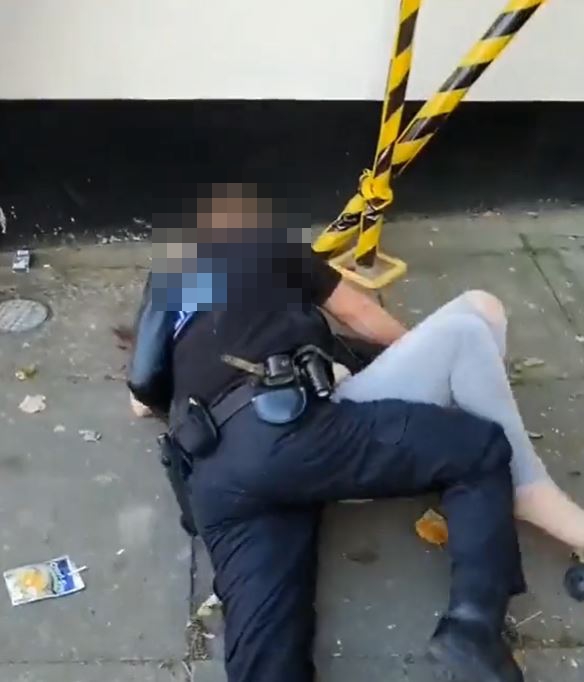 aiming, camera, caught, cop, fl, on
You may also like: