ATLANTA (AP) — The Georgia prosecutor investigating whether former President Donald Trump and his allies broke the law trying to overturn his 2020 election loss in the state is seeking search warrants in the case, a sign that the wide-ranging probe has entered a new phase.

The revelation came Monday in a court order filed by Fulton County Superior Court Judge Robert McBurney, who’s overseeing the special grand jury seated to help the investigation. In an order sealing any search warrants and related documents from being made public, McBurney wrote that District Attorney Fani Willis' office is “now seeking to obtain and execute a series of search warrants, the affidavits for which are predicated on sensitive information acquired during the investigation.”

Disclosure of the information could compromise the investigation, McBurney wrote, “by, among other things, causing flight from prosecution, destruction of or tampering with evidence, and intimidation of potential witnesses.” It could also result in risks to the “safety and well-being” of people involved in the investigation, he wrote.

It wasn’t immediately clear who the targets of the search warrants are or whether any search warrants had yet to be approved by a judge. To obtain a search warrant, prosecutors must convince a judge they have probable cause that a crime occurred at the location where authorities want to search.

As Willis' investigation ramps up, the public court filings in the case have provided a rare window into the workings of a special grand jury that meets behind closed doors.

Willis, a Democrat, opened the investigation early last year, shortly after the release of a recording of a Jan. 2, 2021, phone call in which Trump suggested that Georgia Secretary of State Brad Raffensperger could “find” the votes needed to overturn his loss to Joe Biden. 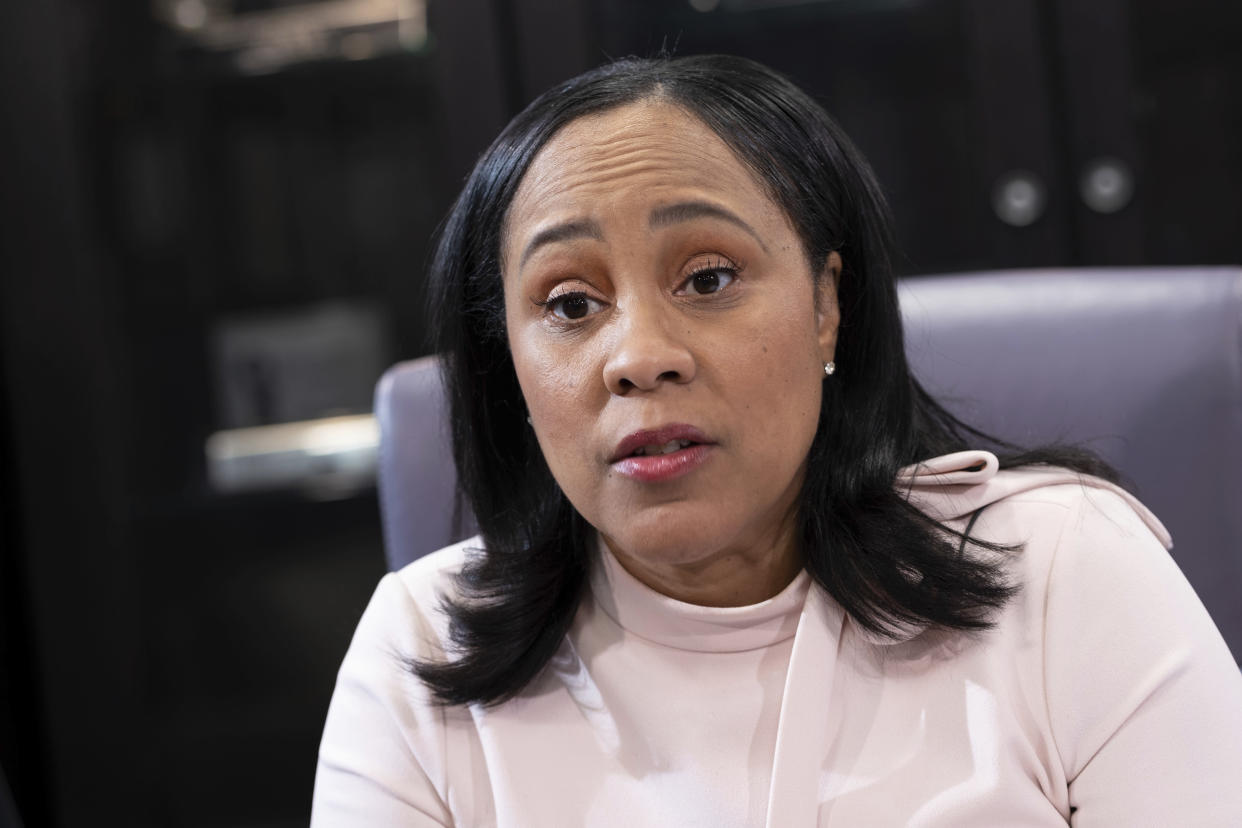 In addition to the Trump-Raffensperger call, Willis confirmed early on that she was investigating a call that Republican U.S. Sen. Lindsey Graham of South Carolina made to Raffensperger, the sudden departure of the U.S. attorney in Atlanta in early January 2021 and statements made during legislative committee meetings by people pushing debunked claims casting doubt on the legitimacy of the state’s election.

Court filings in recent months have also shown that Willis is interested in a slate of fake electors who signed a certificate in December 2020 falsely stating that Trump had won the state and that they were the state’s “duly elected and qualified” electors. She said in a court filing that the 16 Georgia Republicans who signed that certificate have all been notified they are targets of the investigation, meaning they could face criminal charges.

Attorneys for Rudy Giuliani, a former New York mayor and Trump lawyer, say their client has also been notified that he's a target of Willis' investigation. He appeared at state legislative committee hearings in December 2020 and made claims of election fraud in Georgia. Giuliani was also involved in coordinating the fake elector plan, Willis wrote in a court filing. He testified before the special grand jury in August.

Willis' investigation has also expanded into a breach of voting equipment at the elections office in a rural Georgia county, some 200 miles southeast of Atlanta.

Documents, emails, security video and deposition testimony produced in response to subpoenas in a long-running lawsuit have shown that lawyer Sidney Powell and other Trump allies hired a computer forensics team to go to Coffee County to make complete copies of data and software on elections equipment there. Willis is seeking testimony from Powell and has also requested documents from the company that employs the computer forensics team. 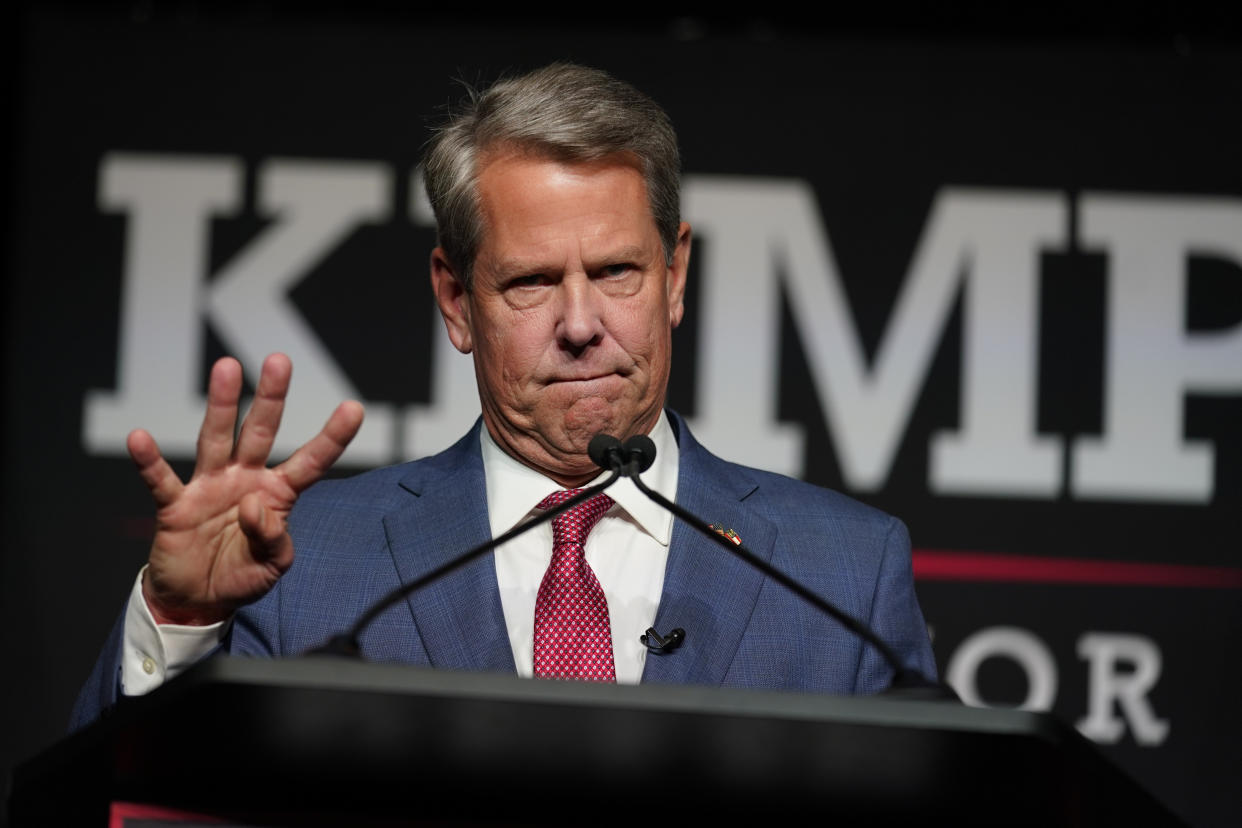 Another thread Willis seems to be pursuing is alleged attempts to pressure a Fulton County election worker. A petition filed last month indicates she wants to question Harrison Floyd, a director of Black Voices for Trump. Willis said in the petition that Floyd and Trevian Kutti, whom Willis described as a Chicago-based “purported publicist,” tried to pressure Ruby Freeman. Freeman and her daughter, Wandrea “Shaye” Moss, were election workers falsely accused by Trump allies of pulling fraudulent ballots from a suitcase during ballot counting.

As the investigation has progressed, a number of people who have been summoned to testify have tried to avoid testifying. Most have been unsuccessful.

Georgia Gov. Brian Kemp, a Republican who's facing a reelection challenge from Democrat Stacey Abrams, managed to delay his testimony until after next month's election.

Graham's attempt to fight his subpoena is currently pending before a federal appeals court. Willis has said in a court filing that she wants to talk to Graham about calls he made to Raffensperger and his staff in which he reportedly asked about “reexamining certain absentee ballots cast in Georgia in order to explore the possibility of a more favorable outcome for former President Donald Trump.” Graham has denied any wrongdoing and said his status as a senator shields him from having to testify.

A number of high-ranking Georgia state officials, including Raffensperger and Attorney General Chris Carr, have already testified before the special grand jury. Others in Trump's orbit who've undergone questioning include attorneys John Eastman and Kenneth Chesebro. And the panel is still expecting testimony from others, including former White House chief of staff Mark Meadows.

Willis has indicated she could seek to compel testimony from Trump himself. The former president has hired a legal team in Atlanta and last month disparaged the investigation as a “strictly political Witch Hunt!”