Coronavirus doubles burials for Royal undertakers Levetons: Boss of Britain’s oldest funeral firm says they are doing 50 services a week and are ‘running out of space’ to store bodies

The firm who are undertakers to the Royal Household say the number of funerals it is conducting have almost doubled due to coronavirus deaths.

Levertons, founded in 1789 by carpenter John Leverton, is thought to be the UK’s oldest funeral firm.

Now its staff are working in full protective gear as the crisis changes the way the historic firm has to operate. The firm – who are funeral directors to the Royal Household- repatriated Princess Diana’s remains and organised the funeral of the Queen Mother as well as Lady Thatcher’s.

And attendances at funerals, meanwhile, are limited with mourners asked to watch via a web camera, while services have been reduced in length.

Director Andrew Leverton, whose firm is still based in Eversholt Street, Camden Town, North London. said: ‘We are getting busier. Previously, we may be conducting 25 funerals a week. 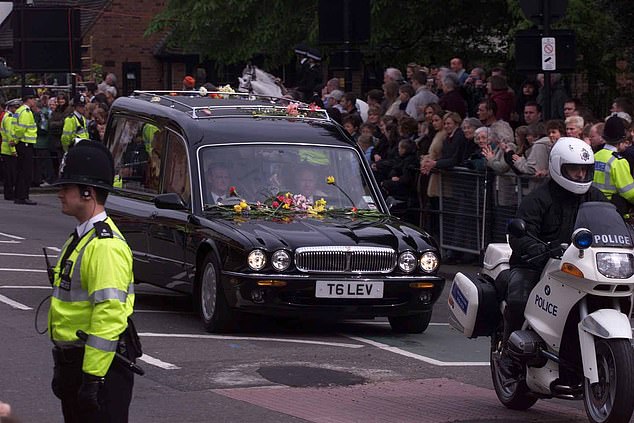 ‘At the moment, it is 40 to 50. The sobering fact is hospital mortuaries are full and temporary mortuaries are being established. Funeral directors are also lacking space.’

If somebody dies after testing positive for the virus, the company wear full PPE (personal protection equipment) when they collect the body.

‘If we know the size of the person in advance, we may now take a coffin with us and and place the person directly in it,’ said Mr Leverton. ‘And with all visits to homes, we wear full PPE, whether we know the deceased is associated with Covid-19 or otherwise.’ 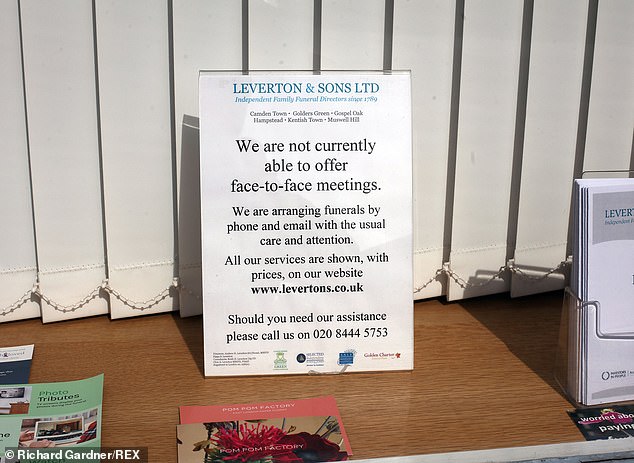 Camden Council is among the local authorities working with the London Mortality Management Group which is dealing with the establishment of temporary mortuaries.

For people who die at home with a suspected infection, the council said a Pandemic Multi-Agency Response Team (PMART) would arrive, consisting of a driver, two police officers and a clinician. Undertakers arrive later.

It is understood there have been a handful of cases in north London where distressed family members have been left waiting at home for some time with the bodies of relatives.