A Labour-run council is set to ban most vehicles from 75 per cent of its roads as it expands its network of low-traffic neighbourhoods.

Hackney Council has approved plans to introduce six more of the controversial schemes over the next three years.

The east London borough already has the highest number of LTNs in the capital with 19 and half of its roads are restricted by traffic filters.

The plans will increase this to three quarters of its streets. 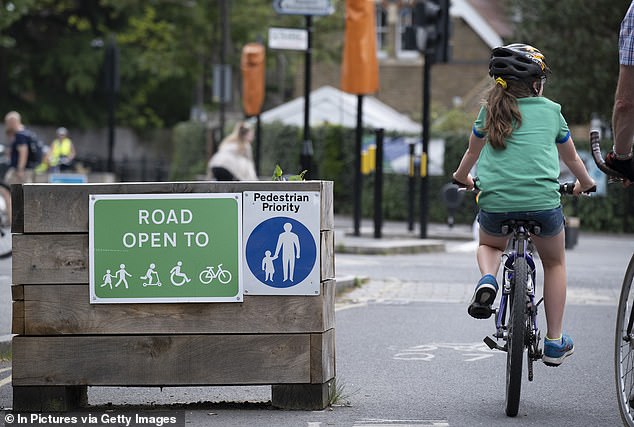 Its three-year Local Implementation Plan is designed to tackle traffic and pollution, and it will see the area have the largest number of vehicle restrictions, bicycle parking spaces and public electric-vehicle chargers in London.

We haven’t got the power 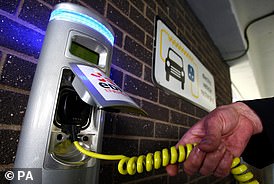 The Government pledged to have 300,000 electric vehicle charging points built by 2030

Ministers will not reach their target for the installation of electric car chargers, with the plan a staggering 20 years behind schedule.

The Government pledged to have 300,000 electric vehicle charging points built by 2030.

But figures from the Department for Transport show fewer than 9,000 public charging devices were installed in the past year – just a 31 per cent increase on the previous year.

The new LTNs will be introduced from this year up until 2025/26. In areas of Hackney that are already LTNs only cyclists, emergency vehicles and waste lorries are allowed to pass through. Disabled drivers who hold blue badges are allowed to drive through some traffic filters.

LTNs were introduced by the Government to encourage a long-term move towards more cycling and walking. Across the UK, more than 300 have been installed in the past two years or are in the pipeline.

The multi-million-pound schemes use cameras and physical filters such as large wooden planters to prevent vehicles accessing smaller residential roads.

But critics say LTNs just filter traffic into neighbouring areas from wealthier streets. Residents group Hackney Together said: ‘There is no justification for safer, quieter roads for some at others’ expense.’ While London mayor Sadiq Khan has pioneered LTNs in the capital, they have also been introduced in cities including Oxford, Bristol and Manchester. Many councils brought them in during the pandemic then decided to make them permanent.

Since their introduction, LTNs have helped local councils around the country generate up to £100million from fines on motorists, according to analysis by the TaxPayers’ Alliance campaign group.

Howard Cox, of the FairFuelUK campaign group, said: ‘This is pure fashionable opportunistic politics that will cripple the high street and see businesses go to the wall.’