Crack and heroin addict Marie Beverage is jailed for 16 months

Harrowing pictures reveal toll of just three years of heroin and crack cocaine abuse as woman, 45, is jailed for 16 months after admitting burglary, theft, fraud and failing to surrender to bail

These tragic pictures illustrate the terrible toll just three years of heroin and crack cocaine abuse has taken on the ageing and haggard face of Marie Beverage.

In 2019 she had posted selfies on Facebook showing her sporting make up and ready for a night out.

But since then her cheeks and eyes have become ever more sunken whilst her hair has become grey and matted. It is also thought she has lost all her teeth due to her chronic addiction to drugs.

By the time 45 year old Beverage was being sought over a break-in at a house in Bolton, Greater Manchester, earlier his year, her appearance was so wretched, a police mugshot of her on a ‘most wanted’ website had locals questioning her true age.

Marie Beverage, pictured in 2019 before her addiction to crack cocaine and heroin 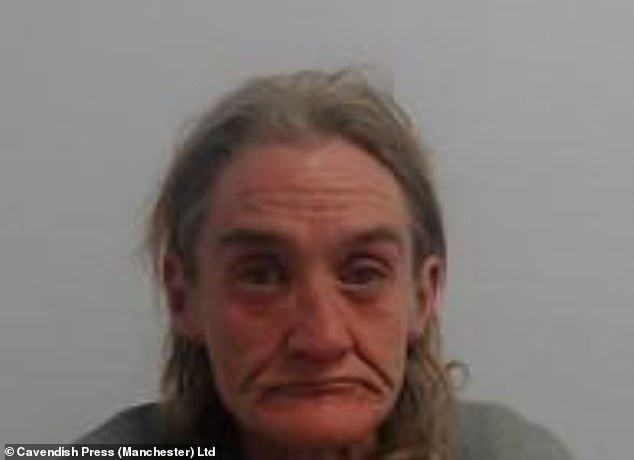 By October 2022, pictured, Beverage looked considerably older than her 45 years

When she was eventually arrested in October, she cited her years of being a victim of domestic violence for her addictions.

This week at Bolton Crown Court, Beverage who has been in custody since being detained, broke down and wept as she was jailed for 16 months after admitting burglary, theft, fraud and failing to surrender to bail.

She is now said to be vowing ‘to change’ and is on prescription only methadone to help beat her demons.

The pictures emerged after Beverage who is also homeless engaged in a thieving spree around her hometown between May and July this year to help fund her nomadic drug-fuelled lifestyle.

One elderly woman suffering from cancer lost her purse containing irreplaceable pictures of her family after Beverage distracted her and snatched it as the victim was having a hot drink in a Costa coffee cafe with friends.

In another incident a cafe owner had to chase Beverage down the street after she sneaked into his shop and stole a purse from his wife’s handbag containing four credit cards which were then used to buy £1,000 worth of goods.

Later Beverage invaded a British Heart Foundation charity shop and stole a jumper from the rails after earlier being banned from the store for begging from customers and stealing donated items.

The last victim was at upstairs at home when Beverage broke in and stole three bags from her sofa. She then used credit cards inside them to embark on a spending spree at nearby shops.

She was arrested after a CCTV picture of her sneaking into the property was posted on Facebook.

In a statement the cancer victim who also lost £70 and her driving licence in the sneak theft said: ‘The bank cards and money can be replaced but the pictures of my children when they were young are irreplaceable. It breaks my heart to think those precious memories will have been discarded and lost forever, rotting away and being treated as just another piece of litter.’

The charity shop manageress said ‘She tends to enter my shop with a cup begging from customers and as a result I barred her. But she kept ignoring this and it’s become stressful as I’m frequently interrupted to get rid of her from the shop.’

Inquiries revealed the latest offences occurred just days after Beverage had been sentenced to a 12 month community order after being caught stealing staff tips and an iPhone from a fish and chip shop. She had 12 offences on her record including burglary and theft. 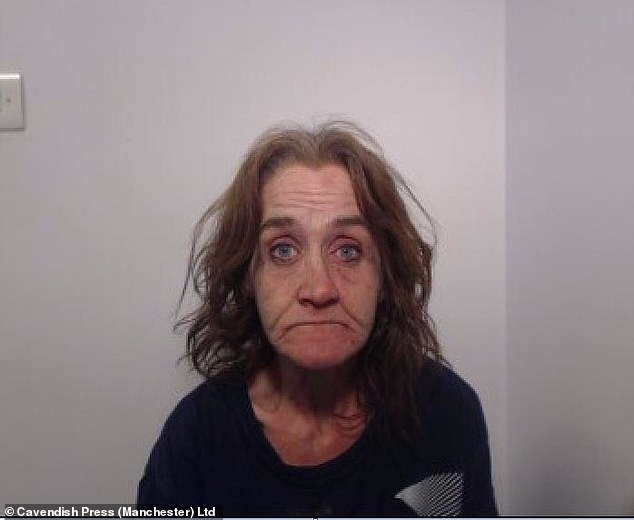 In mitigation defence lawyer Martin Pizzey told the hearing: ‘She was desperate for money due to her chaotic personal circumstances.

‘There is a drug history and there are concerns about abuse of heroin and crack cocaine. But she says that she has been receiving methadone and that has stablised her dependency on her drugs and in her view it is under control.

‘The features of her life are tragic and sad in many senses but there is always some hope for her and she may well succeed. She is positive about her outlook and is keen to make amends.’

Sentencing Judge Tom Gilbart told Beverage: ‘Your circumstances in some ways are sad ones given all I have heard about your personal difficulties. You have been a victim of domestic violence in the past and you have a history of drug use.

‘I accept you state a desire to change and make improvements on your life. But you committed this string of offences whilst subject to a community order and there is a history of poor compliance with court orders. Appropriate punishment can only be achieved by immediate custody.’