After seagulls ruffled a few feathers, CRAIG BROWN says this isn’t the time to fly off the handle

Sir: Like thousands of members of the seagull community, I was deeply upset by the article by Mr Roger Lewis in Tuesday’s Daily Mail, headlined ‘Why I hate the devilish gulls that flooded my house!’

Over the course of his hate-filled tirade, Mr Lewis described seagulls such as myself as, variously, ‘nasty’, ‘horrible’ and ‘disgusting flying rats’.

Mr Lewis omitted to mention the countless acts of charity performed by seagulls over the course of a single year.

Only yesterday, I helped tackle the human obesity crisis by swooping on a toddler in a bid to remove a calorific chip from his chubby little fist. Hundreds if not thousands of seagulls regularly perform such selfless acts.

Yet not a single seagull has ever been nominated for the annual Pride of Britain award. 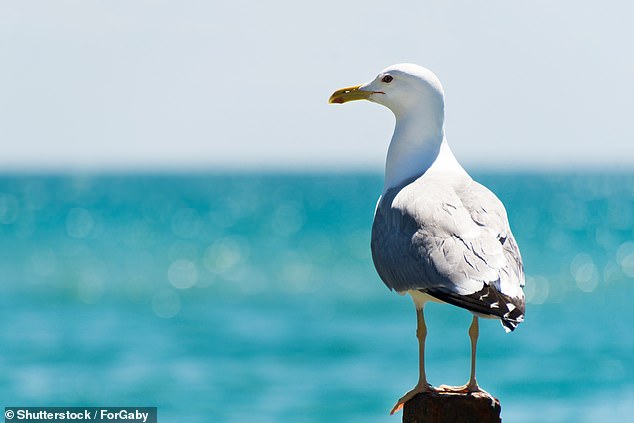 Sir: Like thousands of members of the seagull community, I was deeply upset by the article by Mr Roger Lewis in Tuesday’s Daily Mail, headlined ‘Why I hate the devilish gulls that flooded my house!’

Sir: As the Chief Public Relations Advisor to the International Seagull Chorus, I was outraged at the blatant gullism in Mr Lewis’s unpleasant piece.

He wrote of ‘the terrible unremitting noise’ of seagulls, which, he claimed, ‘starts at five in the morning and continues all day: discordant shrieks and full-throated squeals’.

What nonsense! The sweet song of seagulls is treasured by music-lovers the world over, and has influenced musicians and composers from Stockhausen to Bjork.

Seagulls put in hours of rehearsal to get their songs ‘just right’, often rising in the early hours of the morning to put the finishing touches to a rousing new chorus.

Has Mr Lewis ever climbed on his roof at three or four in the morning to practise his singing scales over and over again? Until he is prepared to put in the hours, he should stop criticising those, like me, who are not afraid to do so.

Sir: As a leading seagull and a founder member of the SAG (Seagull Actors Guild), I blame Alfred Hitchcock. The director’s 1963 film The Birds was a gross misrepresentation of seagulls. He made us look aggressive, noisy and vindictive, when we are well known for keeping ourselves to ourselves.

As it happens, all the available seagulls with any acting skills refused to participate in Hitchcock’s malicious portrayal. 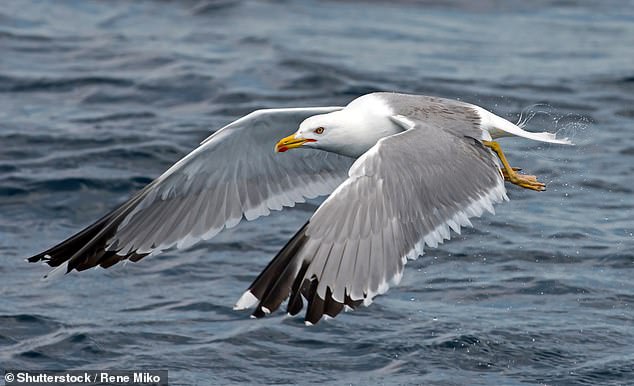 Sir: As the Chief Public Relations Advisor to the International Seagull Chorus, I was outraged at the blatant gullism in Mr Lewis’s unpleasant piece

This meant that, at great expense, he was obliged to hire other local birds — budgerigars, robins, canaries. Skilled make-up artistes and costumiers then dressed them up to look like gulls.

That notorious film set the cause of Gull Liberation back a hundred years or more. Only our good friends in the shark community have been given a worse press.

Sir: I was disappointed that, in their recent broadcast with Oprah Winfrey, the Duke and Duchess of Sussex showed her a collection of pet chickens.

So much for all their talk of being so ‘modern’ and ‘woke’! Chickens are so last year! Why no pet seagulls?

Gulls make very special friends for all the family. Not only do we sing and dance but we brighten up outside walls with fancy ‘splodges’ to rival Jackson Pollock and Damien Hirst.

Incidentally, why has the BBC yet to include a single seagull as a celebrity guest on Strictly or Bake-Off? Gary Lineker is paid countless millions by the Beeb, but sadly the seagulls featured in so many of the most popular wildlife programmes are paid only in old chips and choc ices.

Sir: Roger Lewis claims that gulls in his area have ‘grown disdainful towards any humans walking by. They refuse to budge’.

This is, if I may say so, a typically human angle on things. Why should it be seagulls who have to budge? We got here first. If human beings wish to earn our respect, they should start acting respectably. Unlike some human beings I could mention, we do not cover ourselves in tattoos and/or piercings. Nor do we wear skirts that are too small for us, or tiny bikinis that leave nothing to the imagination.