Lima: Peru’s Congress voted to oust President Pedro Castillo in an impeachment trial on Wednesday, hours after he plunged the country into a constitutional crisis by attempting to dissolve the legislature by decree.

Ignoring Castillo’s attempt to shut down Congress, lawmakers moved ahead with the previously planned impeachment trial, with 101 votes in favour of removing him, six against and 10 abstentions. 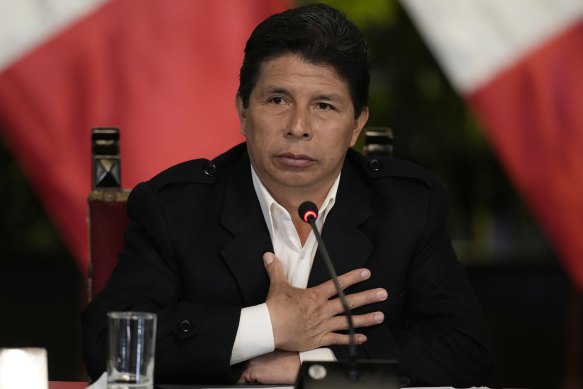 The result was announced with loud cheers and the legislature called Vice President Dina Boluarte to take office.

Peru’s national police shared an image on Twitter of Castillo sitting unrestrained at a police station after the vote to remove him and said that it had “intervened” to fulfil its duties. It referred to Castillo as “ex-president”. It was unclear if he had been detained.

Castillo earlier had said he would temporarily shut down Congress, launch a “government of exception” and called for new legislative elections.

That sparked resignations by key ministers from Castillo’s government and allegations of a “coup” by opposition members and allies. The police and Armed Forces warned him that the route he had taken to try to dissolve Congress was unconstitutional.

Congress summoned Castillo last week to respond to accusations of “moral incapacity” to govern. The prosecutor’s office in October filed a constitutional complaint against Castillo for allegedly leading “a criminal organisation” to profit from state contracts and for obstructing investigations.

Castillo has called the allegations “slander” by groups seeking “to take advantage and seize the power that the people took from them at the polls”.

The leftist teacher-turned-president has survived two previous attempts to impeach him since he began his term in July 2021.

But after his announcement that he would dissolve Congress allies abandoned him and his ministers resigned. The US ambassador criticised his move. 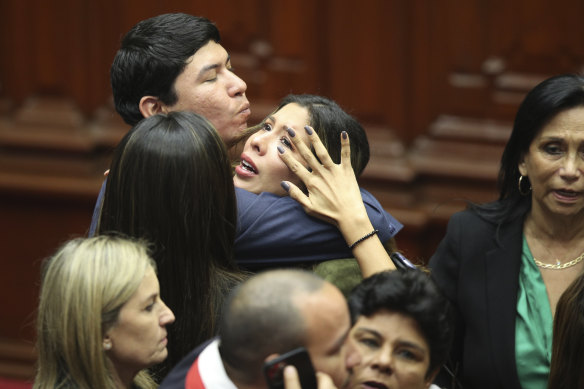 “The United States categorically rejects any extra-constitutional act by President Castillo to prevent Congress from fulfilling its mandate,” the US ambassador to Peru, Lisa Kenna, wrote on Twitter.

The turmoil rattled markets in the world’s No. 2 copper producer, though analysts said that the removal of Castillo, who has battled a hostile Congress since taking power, could be a positive for investors.

Peru, which has gone through years of political turmoil, has seen major stand-offs between the president and Congress before.