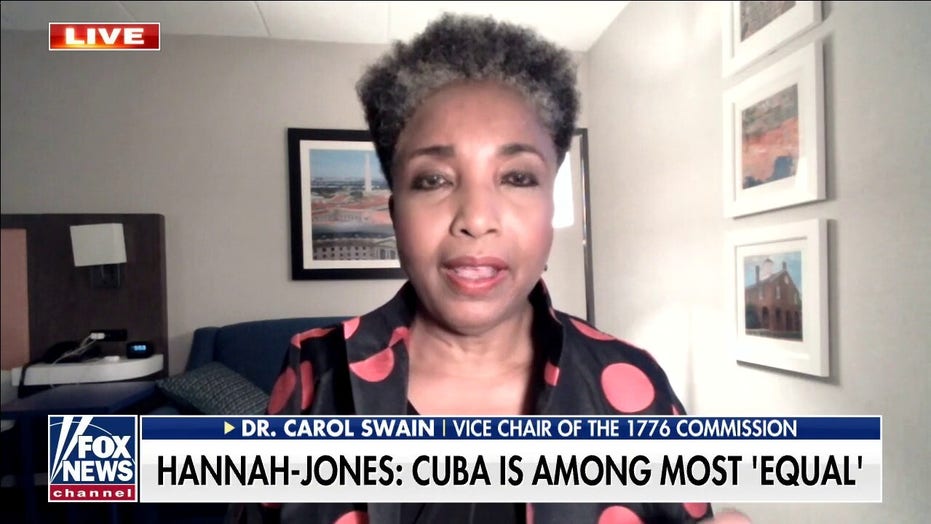 Orlando Gutierrez-Boronat, the leader of a Cuban exile group, is denouncing praise 1619 Project founder Nikole Hannah-Jones lent to the socialist country he left.

Hannah-Jones recently caught headlines for telling Vox that “Cuba has the least inequality between black and white people anyplace really in the hemisphere.” She added: “That’s largely due to socialism – which I’m sure no one wants to hear.”

He added that “socialism is a slogan, it’s a technique used by totalitarianism to consolidate power. In the name of equality, they fragment the population so they won’t rise up against it – and they try to turn one group against with only the state as mediator.”

Overthrowing the Castro regime would bring free elections, economic freedom and allow “an education that is not skewed by ideology,” according to Gutierrez-Boronat.

Freedom, he said, “leads to better relations long term among everyone.”

A representative for Hannah-Jones did not respond to Fox News’ request for comment.

“The most equal multiracial country in our hemisphere, it would be Cuba,” Hannah-Jones said, according to Vox. “Cuba has the least inequality between Black and White people anyplace really in the hemisphere. I mean, the Caribbean, most of the Caribbean it’s hard to count because the White population in a lot of those countries is very, very small.

“A lot of those countries are run by Black folks. But in places that are truly at least biracial countries, Cuba actually has the least inequality. And that’s largely due to socialism – which I’m sure no one wants to hear.”

Gutierrez-Boronat, who leads the Cuban Democratic Directorate, told the DailyMail.com on Tuesday that Hannah-Jones was pushing “ideological Marxist spin.”

He suggested that the controversial writer should “come to Miami and read some Cuban history. Black and white in Cuba doesn’t mean the same thing as it might mean in the United States.”

He added that “Cuba is a syncretic culture, where two or more cultures blend together. After independence there was certainly a great increase in living standards for Cuba’s black population. It was during Cuba’s democracy that black Cubans had leadership roles as president, as president of the senate, multiple ministries, representatives to the house, important social leaders, the leader of the labor movement.”

As reported by The National Pulse, Hannah-Jones also wrote an op-ed published by The Oregonian in 2008, in which she noted that there are many overlooked accomplishments in the country, including a very high literacy rate, a low HIV infection rate and a “model” universal health care system.

In the article, she also wrote that the Cuban revolution led to the “end of codified racism” and brought about universal education and access to jobs for Black Cubans.

The 1619 Project is a project spearheaded by The New York Times that delves into the effects of slavery on U.S. history. It was led by Hannah-Jones, who is a Pulitzer Prize-winning writer and a professor at Howard University.