ANDREW Cuomo made an awkward gaffe as he mispronounced a New Yok neighborhood and was corrected by a member of the crowd.

The Big Apple Governor was speaking in Queens, New York, on Monday about the Covid pandemic and available vaccines. 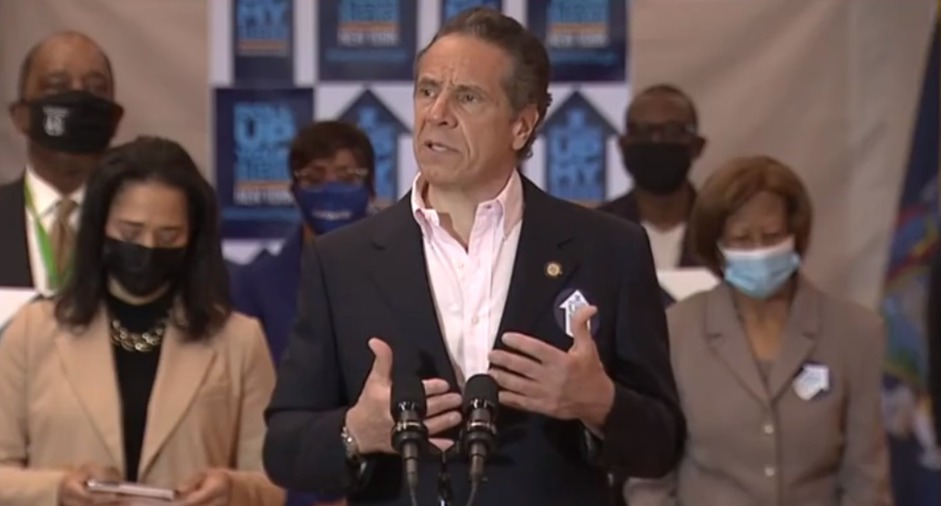 However, while speaking he mispronounced the nearby neighborhood Rochdale Village.

A member of the crowd quickly caught onto Cuomo's mistake, shouting and correcting his pronunciation.

"Rochdale," the governor quickly corrected himself following the heckles, as others cheered.

The mistake came up days after it was revealed that the Governor and state lawmakers are set to finalize a budget plan that will increase corporate and income taxes by $4.3 billion a year. 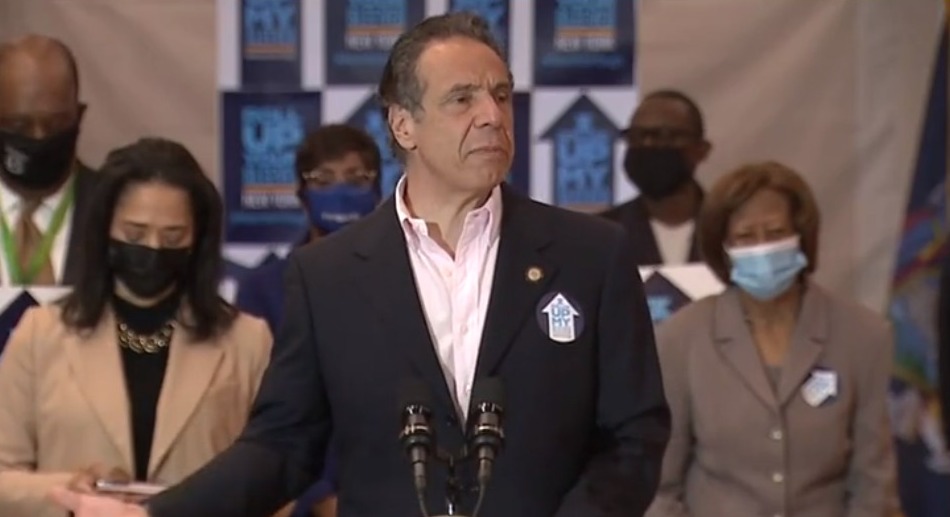 According to the Wall Street Journal, under the so-called "millionaire's tax" income taxes would rise to 9.65 percent from 8.82 percent for those making more than $1million or married couples who make more than $2 million.

Combined with the city's top income tax which is 3.88 per cent, it would mean, New York's millionaires would have to pay a state and city tax of between 13.5 and 14.8 percent.

Currently, California is the state with the top tax rates in the country of 13.5 percent on income over $1million.

In addition, corporate tax rates would increase from 6.5 percent to 7.25 percent.

According to the Journal, the extra tax revenue will be used to increase school aid, help small businesses and people who are behind on their rent as well providing funds for undocumented immigrants.

After spending days finalizing the details of the spending plan, Cuomo and legislators broke on Easter Sunday and are expected to resume in Albany today.

as, awkward, Cuomo:, gaffe, H, makes
You may also like: