Curzon, Vue and Arc cinemas to show Queen's funeral for FREE on Monday

Cinemas to screen Queen’s funeral for FREE on Monday at 150 movie theatres including branches of Curzon, Vue and Arc with some showing today’s procession to Westminster Hall as well

More than 150 cinemas across the country will screen the Queen’s funeral on Monday, with some also showing her procession to Westminster Hall this afternoon.

Movie theatre chains Curzon, Vue and Arc have all confirmed they will show Her Majesty’s state funeral live on September 19, with free entry for those who wish to watch it.

The usual selection of snacks such as popcorn, hotdogs and sweets will not be available, while all other films have been removed from their regular schedules.

The likes of Cineworld, Showcase and Odeon, which are three of the largest chains in the UK, have confirmed they will not be showing the service and will remain closed all day.

It comes as many areas of regular life will slow to a halt on Monday as the country pauses to pay respects to Her Majesty Queen Elizabeth II, who died last Thursday at the age of 96.

Many supermarkets across the country will be closed all day, while other cultural venues such as museums have also decided to shut their doors.

Official government guidance has said that businesses have ‘no obligation’ to close on the day of the state funeral and it is ‘at the discretion of individual organisations’. 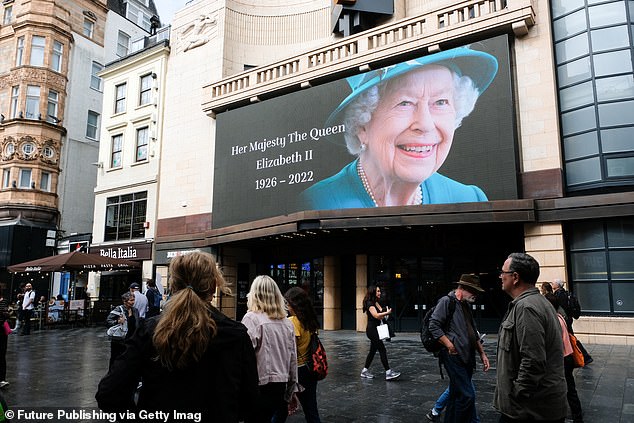 Some movie theatres are set to screen the Queen’s funeral on Monday, September 19. Pictured: The Vue cinema in Leicester Square London following the death of Her Majesty 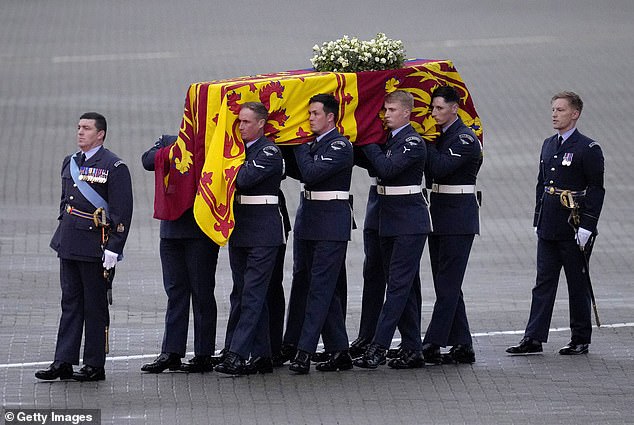 The state funeral will be shown at 150 movie theatres across the UK. Pictured: Her Majesty’s coffin is carried off a plane at RAF Northolt yesterday

While many cinemas will not be open at all next Monday, around 150 across the country will be showing her funeral, Variety reports.

Vue has said in addition to showing the service on Monday, it is also screening her procession to Westminster Hall this afternoon.

In a statement on its website it said: ‘We will be screening the funeral of Her Majesty Queen Elizabeth II, in selected UK venues* on Monday, 19 September, live from 10am.

‘Seats will be free of charge and our retail offering on this day will be limited to complimentary bottled water during the broadcast, with no other snacks or drinks available for purchase. On this day we will not be showing our normal programme of films.

‘In addition, we will also screen the London Procession in the majority of our UK venues on Wednesday, 14 September, live from 1:30pm. On this day all other screens will be open showing film content as normal.

‘We look forward to coming together as a community to honour the remarkable life of Her Majesty Queen Elizabeth II.’

Other cinema chains including Curzon and Arc have chosen to screen the funeral for free.

Arc said in a statement on Twitter: ‘We have decided to screen Her Majesty The Queen’s State Funeral on Bank Holiday Monday 19th September at 11am.

‘This is a free event but pre-booking your seat is essential. There will be no other shows taking place while the funeral is broadcast.’

Curzon confirmed it would show the funeral before resuming its regular programming on Monday evening.

Major chains including Cineworld, Odeon and Showcase will shut their sites on September 19 in a mark of respect.

On its website Odeon said: ‘As a mark of respect for Her Majesty Queen Elizabeth II, our cinemas in the UK will be closed on Monday 19 September. 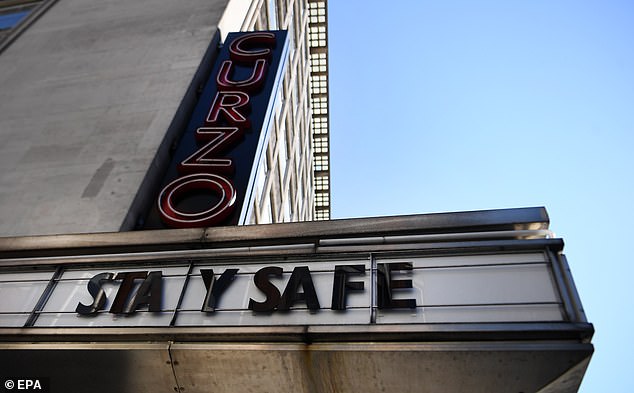 Curzon cinemas has said it will resume its normal programming on the evening of Monday, September 19 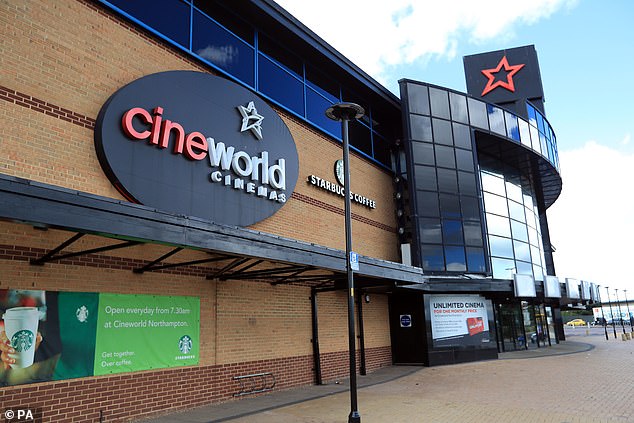 ‘Any tickets booked for this day will be automatically refunded. We will reopen on Tuesday 20 September.’

Mark Barlow, the UK general manager of Showcase, said: ‘Following the passing of Her Majesty The Queen, Showcase Cinemas will close all cinemas nationwide on Monday 19th September to allow our guests and employees to join with the rest of the nation and pay their respects. We will be re-opening on Tuesday 20th September.’

Meanwhile Cineworld said: ‘Out of respect to HM Queen Elizabeth II and the Royal Family, all of our UK cinemas will be closed on Monday September 19, the day of the state funeral. Those who have made bookings for this day will be contacted shortly.’

Empire Cinemas is another chain that will close its doors, with a statement on its website saying: ‘Throughout this period of Official Mourning we are continuing to commemorate and celebrate the life of Her Majesty the Queen.

‘To allow all to pay their respects and to mark this sombre occasion we will be closing our cinemas on the day of the State Funeral. We will reopen on Tuesday 20th September 2022 as normal.’

Smaller operators including The Light – which has movie theatres in locations such as Cambridge, Sheffield and Stockport – will also close their doors for the day.

The UK release of romantic comedy Ticket To Paradise, starring Hollywood A-listers George Clooney and Julia Roberts, has also been pushed back from September 16 until September 20 – the day after the funeral. 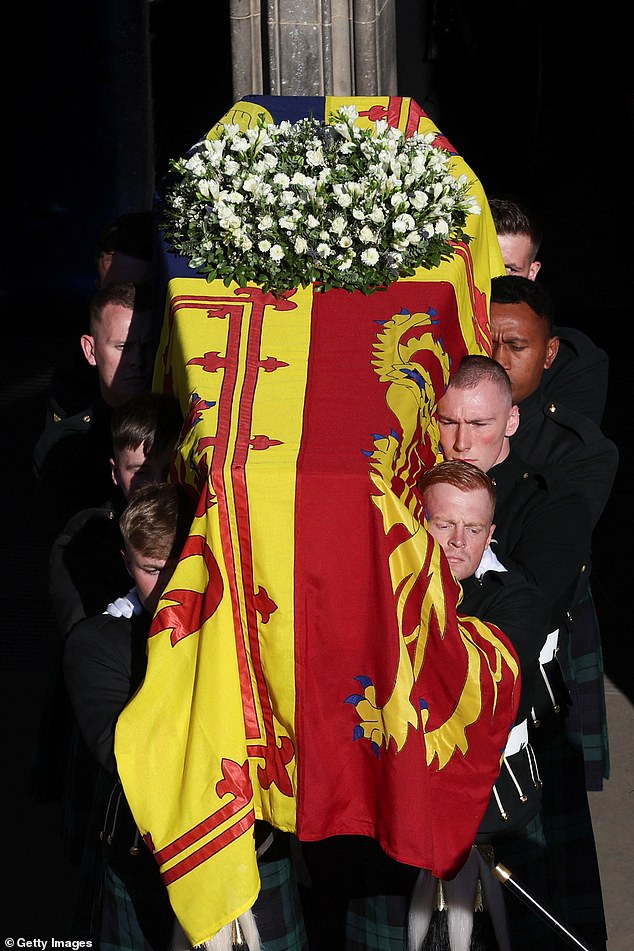 People wishing to watch the late monarch’s funeral will be able to do so at some cinemas. Pictured: Pallbearers carry the Queen’s coffin from St Giles Cathedral in Edinburgh yesterday ahead of its journey to London

A spokesperson for Universal, which is distributing the film, said: ‘With the passing of Her Majesty the Queen, Universal, Working Title, Julia Roberts, George Clooney and director Ol Parker have all decided to delay the opening of Ticket to Paradise in the UK.’

They added that the film will be released ‘after the Queen’s funeral out of respect to the Royal Family and the people of Great Britain and Northern Ireland’.

The Government is not forcing businesses to close on the day Her Majesty’s funeral, which has become a Bank Holiday.

Official guidance says: ‘Organisations may choose to close on the day of the State Funeral, however there is no obligation to do so and this is at the discretion of individual organisations.

‘As with other organisations, these institutions may wish to display or share images of previous Royal visits, particularly if they are one of Her Majesty’s patronages.’