Cyclist must pay £240 after fitting his push bike with petrol engine to help him get up hills without getting licence, insurance or a helmet

A cyclist has admitted he failed to get a valid licence, insurance or helmet after he added a petrol engine to his push bike to help him up steep hills.

Lee Middleton, 37, admitted to using a motor vehicle without insurance, driving a vehicle without a licence and riding a motorcycle on a road without protective headgear at Teesside Magistrates’ Court on Thursday.

Middleton landed himself in hot water after a police officer stopped him on January 11 after hearing a ‘loud pitched engine noise’.

He had fitted his push bike with a petrol engine to help him traverse a steep hill – but doing so meant the bike became classed as a motor vehicle and required a licence, insurance and a helmet. 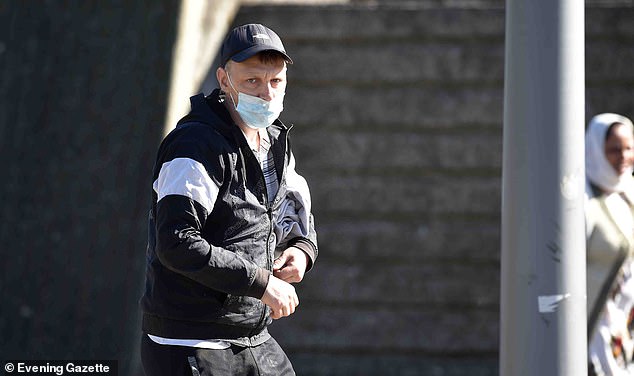 Lee Middleton, 37, of Brotton, admitted to three offences at Teesside Magistrates’ Court after he added a petrol engine to his push bike to ‘help him up a steep hill’ 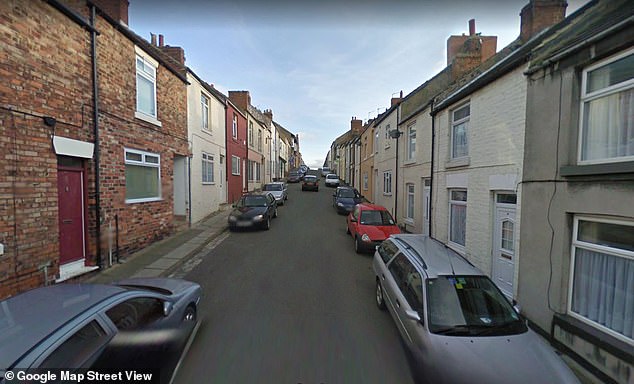 An engine powered by a petrol tank was moving the rear wheel, justices were told at a hearing last Thursday.

Paul Dixon, mitigating, said the defendant’s friend had been riding a bike similar to this made from the engine of a ‘petrol driven remote car’.

He said Middleton ‘has some difficulties’ getting up and down a steep hill on his bike, and the engine was designed to assist him when he was caught by an officer in Errington Street in January.

‘The engine is such a small engine it assists a little bit going up hills but would not take you to any great speed,’ he said.

‘The offence was committed out of ignorance of the law’. 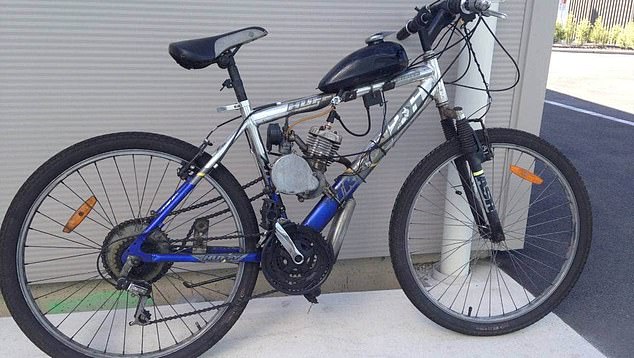 An example of the petrol-powered bike that Middleton was caught using without a valid licence, insurance or helmet. File picture

added, cyclist, engin, petrol, Who
You may also like: