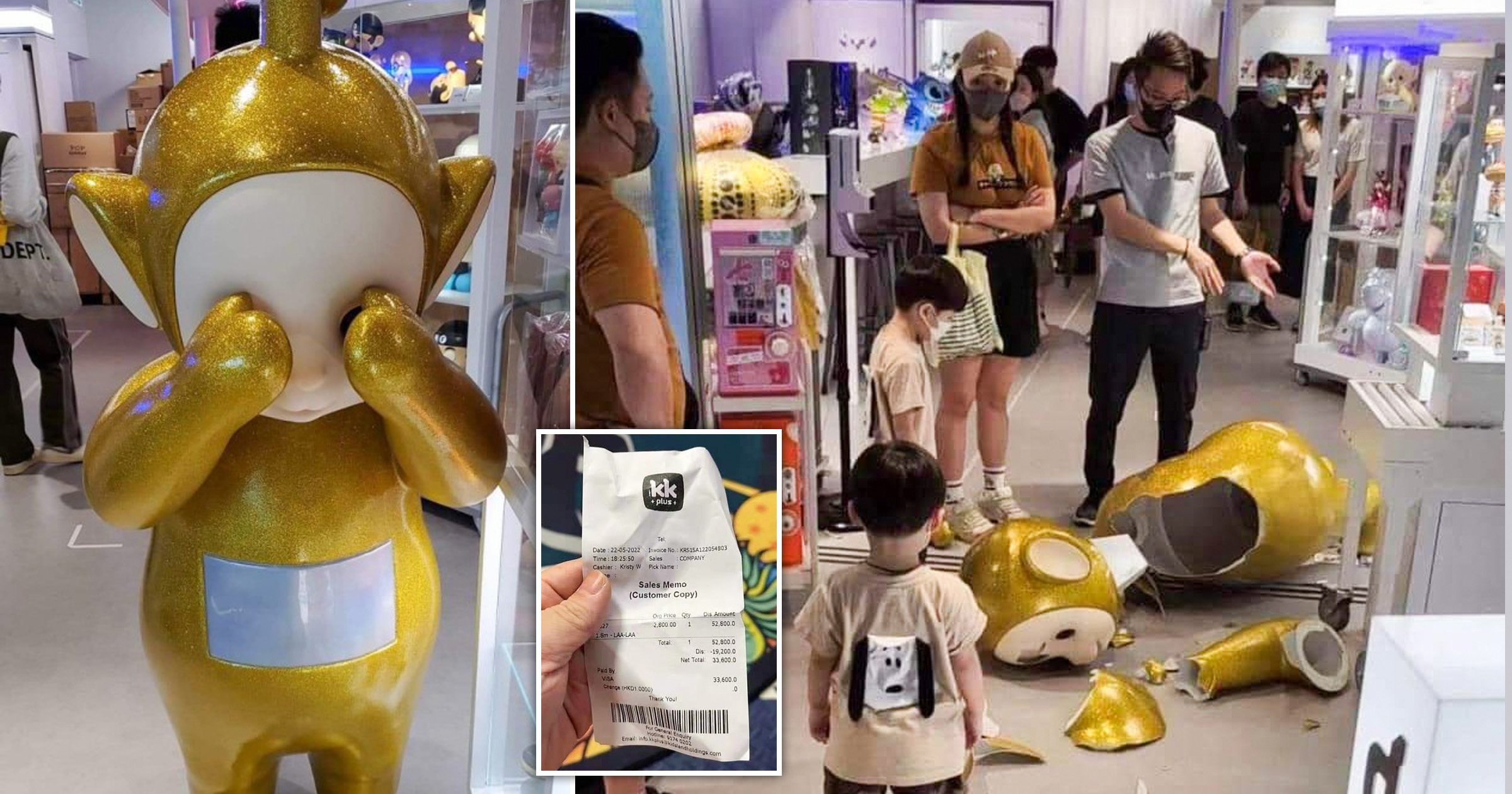 A dad has had to fork out £3,400 after his son smashed a ‘scary’ 6ft tall Teletubby sculpture in a shopping centre.

Cheng, the boy’s dad, had stepped outside the store to make a call but went back inside when he heard a loud crash.

He returned to find his son standing motionless next to the giant Teletubby, which lay broken on the floor.

CCTV footage later revealed Cheng’s son had leaned on the porcelain ornament and causing it to topple over.

Cheng said when he back inside the shop he found his son frozen to the spot.

‘My son was motionless, he was just staring down at the toy,’ Cheng said.

‘My son was so terrified after the incident that he had to skip school. He asked me why the sculpture looked scary.’

Cheng agreed to pay for the shattered toy which was discounted from its retail cost of £5,380 to £3,400 but the dad now claims his son was wrongly accused.

He said staff initially told him his son had kicked the monstrous sculpture but video footage showed his son had knocked it over by accident.

Cheng has now called on the shop to refund the money and said the sculpture should have been better protected and labelled as fragile.

But shop owners KKPlus have insisted the compensation for the broken Teletubby was ‘mutually agreed’.

They said the firm had already offered Cheng a discount on the item and the sculpture’s cost reflected the work, design and copyright that had gone into creating it.

In a statement, KKPlus said: ‘The incident was dealt with immediately and completely resolved, and the payment was proposed by the owner.

‘This large-scale decoration is actually a prototype of the first printing. The official pre-sale price is 52,800 HKD (£5,380).

‘The cost of the prototype involves various expenses, including copyright and design, research and development and mould making, reinforcement, packaging, transportation and more.

‘The decoration is only for viewing and has no toughness to withstand pressure. We did not charge the family more than the cost price of the goods.’