Dude, where’s my house? Dad who spent $700,000 on a dream home for his family says he almost fainted when the builder left him ‘HALF a house’ after a bizarre mix-up that shows why you should always read the fine print

A family who sunk $700,000 into a new dream home have been left horrified by the results, with its distraught owner claiming he’s been left with only ‘half a house’.

Mortgage broker Bishnu Aryal moved to Australia from Nepal for a new life and saved diligently for a decade to buy a plot of land in Edmondson Park, south-west Sydney, for $398,000.

The father-of-two signed a building agreement with construction company Zac Homes in 2016 for a custom off-plan build, which set him back a further $322,000.

A communication bungle between the excited dad and the building company was to put an end to his dreams of the perfect house – leaving him to nearly faint when he finally saw the unusual property.

The agreement was for a free-standing home but, three years later, Mr Aryal was horrified when he checked the progress and realised contractors had built a duplex on half the block – with a huge windowless grey wall erected down the middle.

Rather than having another building attached to the side, like with a regular duplex, the lot sits empty – giving the Aryal family home an unfinished look, with startled passersby even stopping to take pictures of it. 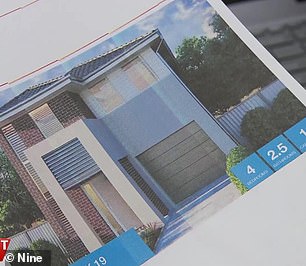 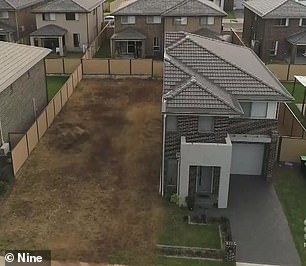 Mr Artal said the agreement was for a free-standing home (pictured, left) but he realised too late contractors had built a semi-duplex on half the block (right)

Mr Aryal’s home standing among a range of free-standing homes. He says he did not know the building plans changed

‘I called the supervisor and asked him what’s going on, why is the house like this? And he said “it’s a duplex, semi-duplex”, and I nearly fainted that day,’ Mr Aryal told A Current Affair on Monday night.

Mr Aryal said although his English isn’t perfect, he definitely did not sign up to have half a house.

One side of the house is a grey and windowless wall where the other half of the building looks like it should be.

‘Where’s my house?’ he asked A Current Affair on Monday night. ‘I want the rest of my house.’

‘It’s not a free-standing house, it’s not a duplex, it’s half a house. And it looks embarrassing.’

Construction company Zac Homes told the program the the plan when construction began was to build a free-standing home on the block, but claimed Liverpool Council later said Mr Aryal’s block had to be an attached dwelling. 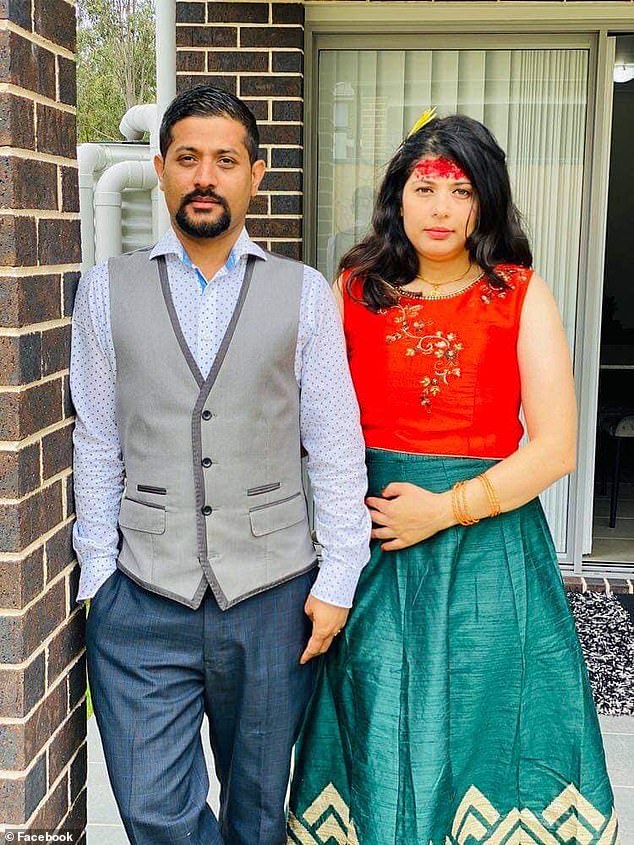 Bishnu Aryal and his wife (pictured). Mr Aryal moved to Australia from Nepal for a new life 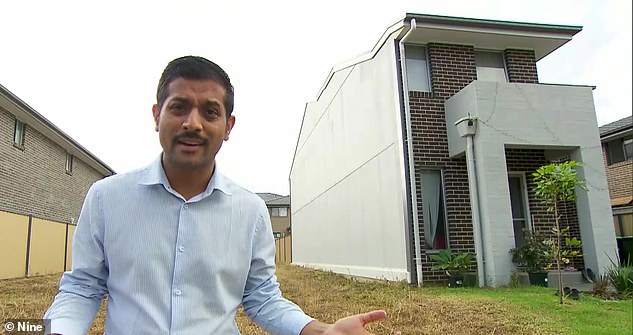 The construction company also said he had multiple opportunities to pull out of the agreement.

But Mr Aryal claimed he trusted the process and did not look at the new plans for half a duplex when they were sent over, and instead forwarded them to the bank.

Neighbour Muhammad described the home as a ‘pretty ugly’.

‘A lot of people are always taking photos on the street. They think it looks pretty ugly.’

Mr Aryal had to move in during Covid because his wife was pregnant and they had nowhere to go after he began losing work, but says he’s been waiting nine months for an occupation certificate – which authorises the use of a new building.

A spokesman for Zac Homes told the program it had done everything it could to secure an occupation certificate and has been trying for months to get it signed off. 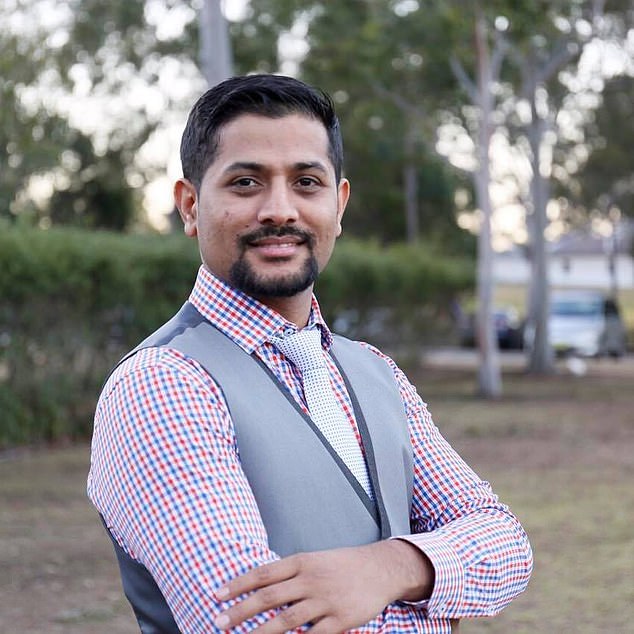 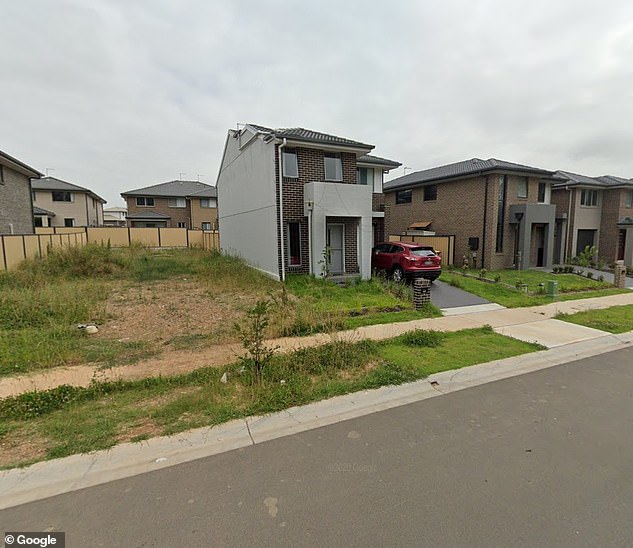 A Current Affair said the estate had a lot of duplexes built on half-blocks of land, but many seemed to be unoccupied

It said the certifier and the council are at a crossroads because the council wants the other half of the duplex built.

A spokesman said the company ‘appreciates the frustrations of Mr and Mrs Aryal surrounding the delay in the issue of the Occupation Certificate, these delays are not caused by Zac Homes.’

‘Instead, Zac Homes has worked diligently and at its own cost to attempt to remedy the outstanding matters so that the Occupation Certificate can issue,’ it said.

Property expert Michael Pallier said the land will go up in value, but the building itself is likely to depreciate.

‘It might actually get the point where the house is a liability and it’ll cost money to take the house down for someone to buy the land and build a free-standing home with doors and windows,’ he said.

He urged anyone buying a home to ensure a solicitor looks at the documentation before they sign.

Mr Aryal said he wants to raise awareness to make sure no one has to deal with the same thing.