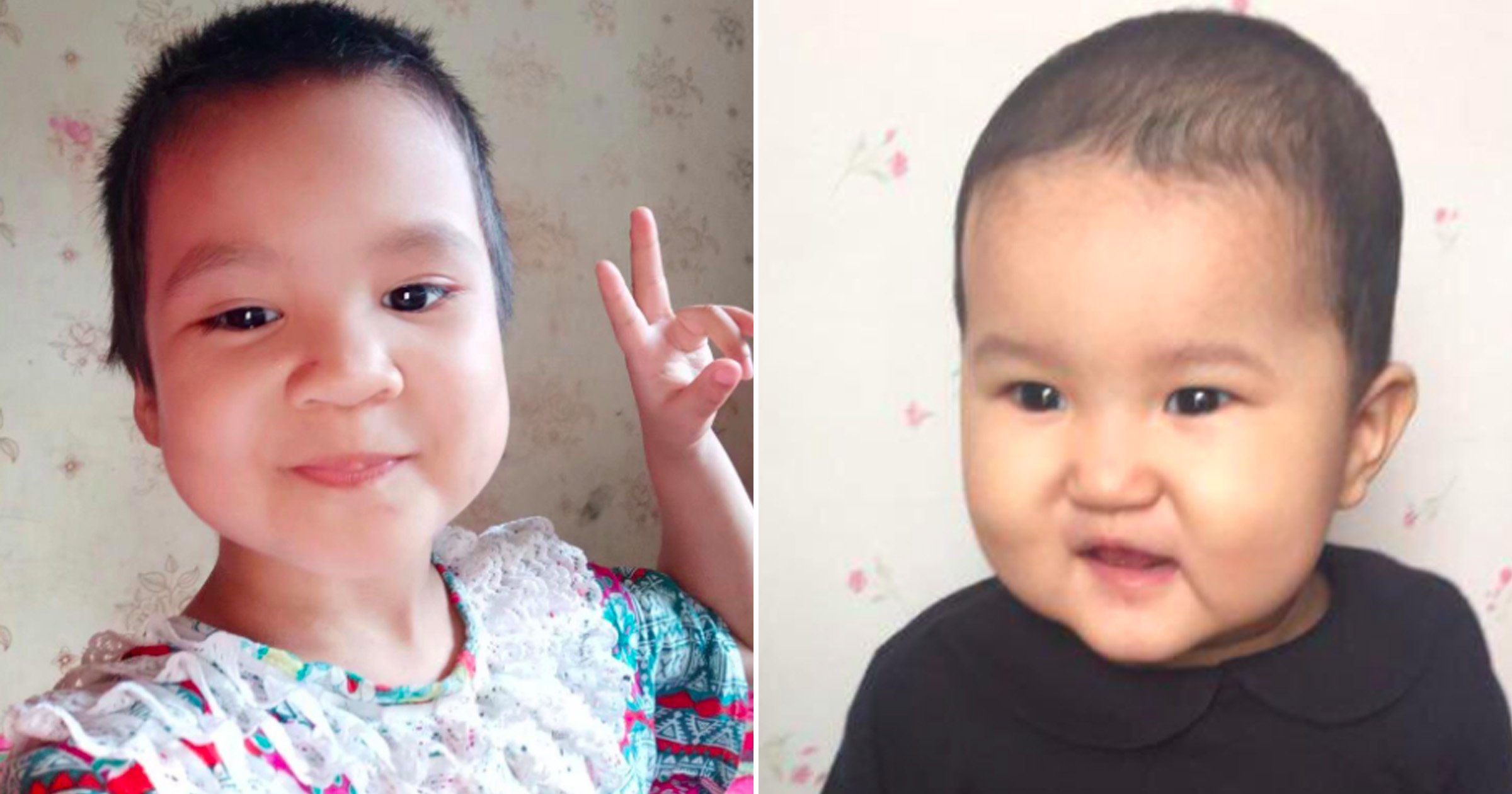 The doting father, 32, should have been with them to celebrate, but he spent both days wondering if they’re still alive.

Zaide, 6, and Zarife, 5, vanished five years ago as their parents fled Xinjiang, China in fear of being taken to ‘concentration camps’.

Around 1.5 million Uyghurs, who are predominantly Muslim, are estimated to be detained, according to human rights groups.

Adult escapees have alleged torture, systematic rape and forced sterilisation, while Uyghur children are said to be separated from their parents and ‘brainwashed’ in state orphanages and boarding schools.

An unofficial UK-based tribunal recently found China has committed genocide against the Uyghur people, but the Government has repeatedly denied all accusations.

Omer says his little girls’ disappearances have left him ‘broken’ and is ‘willing to sacrifice anything’ to get them back.

‘I haven’t heard the voices of my daughters for 1,915 days’, he told Metro.co.uk. ‘I’m in so much pain after being separated from my girls, I can’t sleep at night anymore. I’ve thought of taking my own life a few times.’

The bookshop owner was in Saudi Arabia when wife Meryem called from China to say they had become the latest Uyghurs to be ordered to surrender their passports in November 2016.

Terrified after hearing stories of people vanishing, Omer sprung into action and booked flights to Turkey for Meryem and their two eldest daughters Medine, now 8, and Zübeyde, now 7.

But their two youngest kids didn’t have travel documents yet, meaning they were forced to make the gut-wrenching decision to leave them in the care of Meryem’s parents in Korla, Xinjiang.

Omer and Meryem were initially able to keep in touch after fleeing to Turkey but were distraught when contact was cut two months later.

Dad-of-five Omer, who hasn’t heard from his own parents in years, says he found out from a friend his parents-in-law had been taken to internment camps in October 2017.

Their tragic disappearance has left him terrified for his two young daughters.

‘I am really worried about their lives’, he says. ‘I would sacrifice my life if I knew my daughters would be set free for it.

‘My wife is in a very difficult situation. She feels very sorry for her family and children. She got sick because of her suffering for her children, and her current condition is very bad.

‘My children are hurting so much, they’re always asking about their siblings. My wife and I often cry, trying to hide it from our other kids.’

Omer fears Zaide and Zarife could have also been taken to camps, which China says ‘re-educate and combat extremism’.

Amnesty International says Uyghur children are placed in state orphanages and boarding schools, where they are indoctrinated away from the influence of their families.

Around 100,000 kids were previously estimated to be removed from their parents but the real number is likely to be larger, Erkin Sidick, president of the Uyghur Projects Foundation, says.

‘To continue the heritage of a race, kids have to live in their own environment, with language, customs, culture and their parents, but the Chinese Government is taking away all of this, he said.

‘Losing kids is such a deep pain, in many cases parents are also fighting for their own lives.’

Omer and his family obtained Turkish citizenship in June 2020. He says the Turkish embassy in Beijing told him procedures had been initiated to get his children back in August 2020.

A diplomatic note was reportedly sent to the Chinese Government in October 2020, but this did not work.

The UK, Australia, the US and Canada have all announced they will not send diplomats to the 2022 Beijing Winter Olympics in protest against human rights abuses in Xinjiang.

But the Uyghur people are begging the international community to take stronger action.

Omer said: ’The world does not make enough noise for the Uyghurs. Some people do, and it’s not enough, but the states do not make any noise at all.

‘The Chinese state is committing a great genocide against the Uyghurs, and if the world keeps staying quiet, the Uyghurs will all perish.’

In June, China’s former ambassador to the UK denied that policies were leading to the separation of parents from their children.

Liu Xiaoming vowed to investigate the allegations if evidence was presented, telling the BBC’s Andrew Marr ‘give me the names, we’ll certainly get back to you’.

The Chinese Government has named the UK-based tribunal a ‘political tool used by a few anti-China elements to deceive and mislead the public’.

China’s Ministry of Foreign Affairs and the Turkish Embassy In Beijing have been contacted for comment.