London: British migrants could help plug a feared worker shortage under a deal being pursued by Trade Minister Dan Tehan as the Australian economy bounces back from the coronavirus pandemic.

A new free trade agreement between Canberra and London, due to be finalised within days, will make it easier for people to live and work in both countries but Tehan will seek extra visa changes over the coming months to lure even more Brits to the Australian workforce. 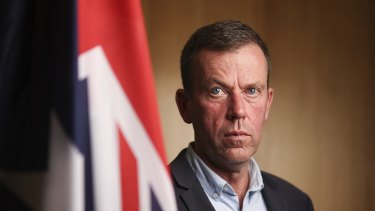 Tehan said he was acutely aware of labour shortages plaguing parts of Europe and the government’s aim was to avoid similar problems in Australia once state and international border closures were eliminated.

Australia has had little to no migration over the past 18 months, heightening fears a resurgent economy will not have enough workers for key industries.

“We understand as we open up, we’re going to have to be very conscious of the need to provide the skills that we need to drive the reopening and make sure that we rebound as strongly as possible,” Tehan said.

“If we can’t have free exchange and movement of people between ourselves [Australia and Britain], then who can we have it with?”

The new free trade deal, which will probably come into force on July 1, 2022, will increase the working holiday visa age limit from 30 to 35 and give Australians and Britons a total of three years to live and work in each other’s countries.

Tehan told London business figures that Australia would be “willing to do more” than what the new trade agreement will offer on mobility, “because if we can’t have free exchange and movement of people between ourselves, then who can we have it with?”

While the government won’t pursue full and unfettered free movement, Tehan is thought to be open to lifting the working holiday visa age limit to at least 40 and is keen on exploring new visas to attract more farm workers.

Tehan said it should be as easy – if not easier – for Brits to come to Australia as it is for them to go to Europe. In return, New Zealand should be the only country other than the United Kingdom that is easier for Australians to go to.

He dismissed concerns Australia’s hardline approach to the pandemic would be a drawback for potential migrants. “I don’t think so…there is strong demand for people to be able to return to Australia,” he said.

Prime Minister Scott Morrison and his British counterpart Boris Johnson signed an in-principle agreement for the free trade deal in June and the final text will probably be completed within a fortnight.

The leaders could potentially sign the deal on the sidelines of the COP26 climate summit in Glasgow next month but the British Prime Minister may not want the signing overshadowed by the climate talks.

Speaking in London at the end of a 17-day world trip, Tehan also pushed back against calls for Australia and other countries to rely less on imports.

“If you can’t have imports, then countries will say, ‘well, why are we taking imports from Australia?’ and if we can’t export, that’s going to hurt our economy seriously,” he said.

Tehan, who is also Tourism Minister, said he wanted a “clear pathway” by Christmas which lays out the return for international visitors.

Asked whether that meant tourists couldn’t arrive until early 2022, Tehan said the federal government “has to work with states and territories on this”.

Britis, DAN, door, opens, Tehan, to
You may also like: