EXCLUSIVE: Daughter of fugitive who stole £53m in Securitas heist tries to track him down in Cyprus after he went on the run 16 years ago

The daughter of a suspected member of a gang which stole £53m in Britain’s biggest ever cash heist is still trying to track him down in Northern Cyprus after he went on the run 16-years-ago.

Jasmine Lupton was aged only 14 when her builder father Sean Lupton disappeared in November 2006 after being quizzed by police over the infamous raid nine months earlier on a Securitas depot in Tonbridge, Kent.

Now aged 30, she believes her fugitive father may still be in hiding in Northern Cyprus where he was previously spotted leading an extravagant lifestyle of champagne, fast cars, glamorous women and nightclubs.

She has now flown out to the Turkish enclave on the Mediterranean island to conduct her own investigation to find out if is still alive, and confront hm about why he abandoned his family and left them penniless

Jasmine spent a week in Northern Cyprus last year, visiting what she believed were her father’s old haunts and speaking to locals who remembered him.

She appealed for help, putting out a message on social media saying: ‘I’m trying to find my dad. I have been to a few places that have seen him. If you have any information please contact me.’ 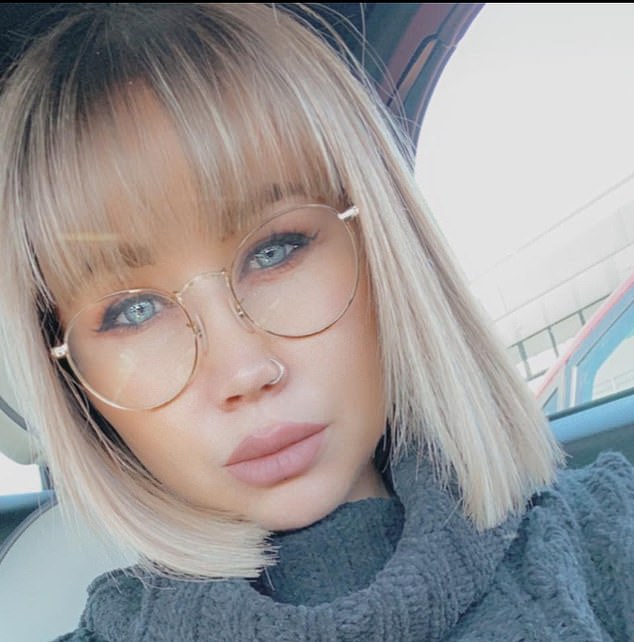 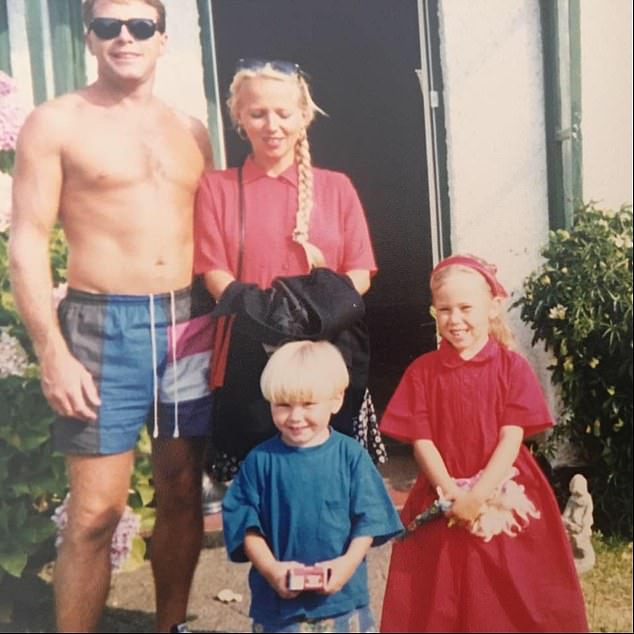 Now aged 30, Jasmine believes her fugitive father may still be in hiding in Northern Cyprus where he was previously spotted 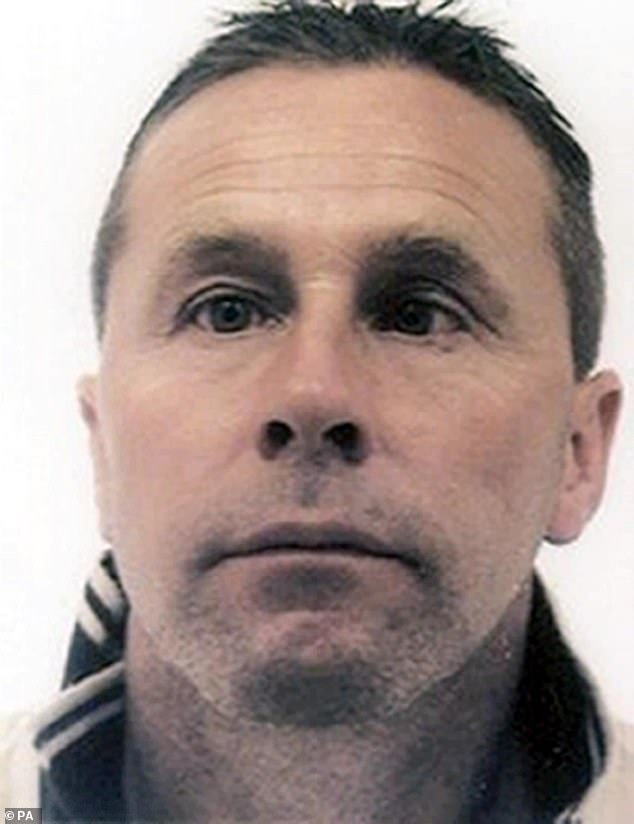 Jasmine showed locals pictures of her father who was nicknamed ‘Mr Squint’ because of his distinctive boss-eyed appearance.

She spoke to several people who claimed to have seen him ‘in the last couple of years.’

But in the end her trip proved fruitless, and she was forced to return to Britain without meeting him or finding out where he was living.

In in an exclusive interview with MailOnline, she said: ‘I spent a week looking for my dad.

I spoke to lots of people who had seen my dad.

‘I went to the casinos, bars and boxing gyms. I spoke to a woman in Kyrenia who knew everything about him.

‘I put myself out there but my dad didn’t come forward. So either he is dead or does not want to see me.’

She added: ‘Closure is what I’m looking for. It would be nice to know if he is dead or alive.’

Lupton is thought to have been part of the gang which targeted the giant Securitas warehouse, which employed 80 people, sorting out old and new banknotes for distribution to cash machines and banks all over south-east England.

Gang members tied up 14 night shift workers at gunpoint after adducting the depot manager, together with his wife and daughter, and using him to gain access to the giant warehouse just 330 yards from Tonbridge police station.

The gang escaped with £53m which they loaded on to a 7.5 ton lorry during the 66 minute raid, but they were forced to leave behind £154m as they could not transport it.

Police later recovered £21m of the stolen cash, finding bundles of cash in a shipping container and a lockup garage, but £32m is still said to be missing.

Lupton was arrested nine months after the robbery in a dawn raid at his home in Whitstable, Kent, and was quizzed before being freed on bail.

Two weeks later he left his home as normal, telling his family he was going to work, and never returned, sparking a major manhunt. 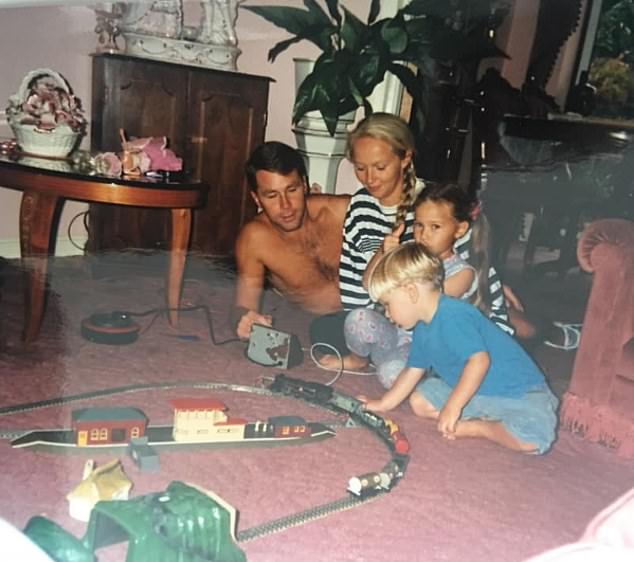 Jasmine and her mother Therese Lupton, and older brother Jordan, 17, at first feared he had been murdered by gangsters who wanted to keep him quiet because he knew too much.

But their heartbreak turned to anger a year later when they heard that people in Kent who knew him had made repeated sightings of him in Northern Cyprus which is a haven for British fugitives trying to escape justice as it does not have an extradition treaty with the UK.

Kent Police detectives found no trace of Lupton when they travelled to the island in 2008 after a mobile phone linked to him was used to call numbers there within an hour of the Securitas robbery.

Records showed the same mobile was also used many times on the island after the raid.

Jasmine was spurred on in her quest to find her missing father after her brother died in a freak accident when he was hit by a jet ski while being towed in a rubber ring by another jet ski in 2017 in Herne Bay, Kent.

Her mother told in 2008 how she knew ‘for certain’ that Lupton was still alive, and living off his share of the proceeds of the Securitas robbery.

She said at the time: ‘He is swanning around in Cyprus living the high life with a mountain of cash while I am struggling on £60-a-week benefits.

‘They showed me photographs of people connected to him, where Sean has been, what he has been doing – including spending a lot of time in casinos and visiting prostitutes.’

Legal secretary Therese who divorced her husband after hearing that he was still alive, also went to Northern Cyprus with Jordan in 2013, but was unable to find him. 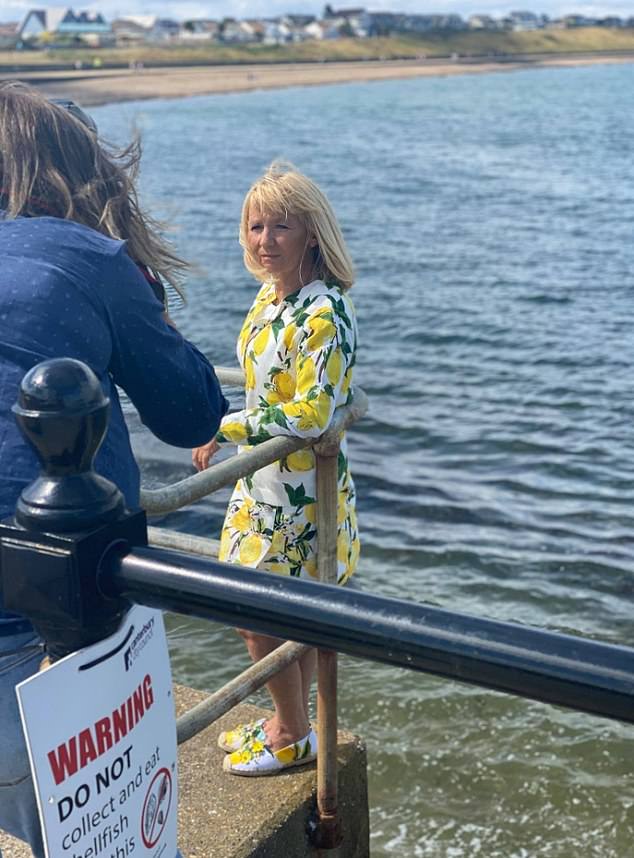 Her mother Therese told in 2008 how she knew ‘for certain’ that Lupton was still alive, and living off his share of the proceeds of the Securitas robbery

The pair spoke to a number of people, including local shopkeepers, who recognised him from his picture, and recalled seeing him in previous months.

Therese said after her trip: ‘I want to find Sean and ask him, “Why did you leave us like that? Why did you not even try to keep in touch with your children?

‘How could you have done that to your own flesh and blood?’ I just want an answer – then I’ll call the police. Either he gets caught or we find out what’s happened to him.’

Therese said that friends of her ex-husband had linked him to a house in Lapta, a village in the mountains near the resort of Girne, the Turkish name for Kyrenia.

She said that she believed police had failed to find him after concentrating their search in Kyrenia rather than the wider area.

The gang behind the Securitas robbery managed to access the depot after posing as policemen to kidnap the warehouse manager Colin Dixon as he drove home from work.

They then abducted his wife and young child after calling at his family home, saying they were policemen who were picking him up because he had been involved in an accident.

Guards opened the door to Mr Dixon when he arrived back at the depot, escorted by a gang member in fake police uniform. 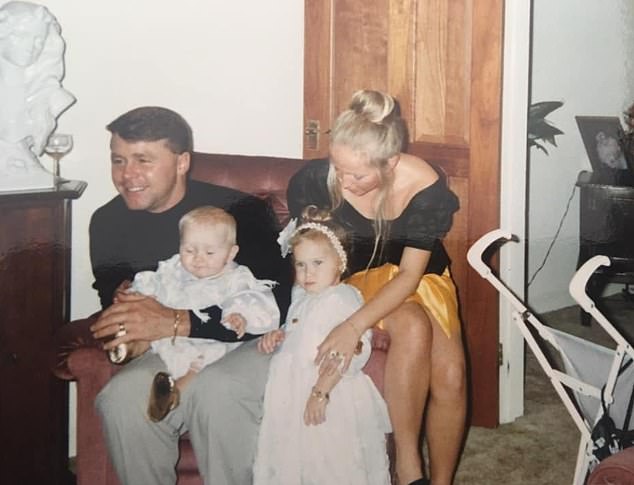 Emir Hysenaj who became the gang’s ‘inside man’ after getting a job in the depot was given a determinate sentence of 20 years.

Father-of-three fitness fanatic Paul Allen was jailed for 18 years at the Old Bailey in 2009 for conspiracy to commit robbery and firearms offences.

Allen had fled to Morocco with fellow cage fighter Lee “Lightning” Murray, who masterminded the robbery

The pair began enjoyed a cocaine-fuelled party lifestyle in the sun, buying lavishly-furnished villas, expensive cars before being arrested and locked up

Murray could not be extradited due to his Moroccan nationality.

But he was jailed for ten years in Morocco for his role in the robbery in 2010, and later had his jail term increased to 25 years after an unsuccessful appeal.