The TV presenter said the bronze – which depicts the Princess of Wales in the ‘final period of her life’ – ‘doesn’t feel very Diana’ on Twitter.

She was replying to a comment made by former Good Morning Britain presenter Piers Morgan who wrote: ‘Let’s be honest — it’s not a great statue of Diana.’

Davina wrote: ‘I really wanted to like it. But somehow… It doesn’t feel very Diana? Her joie de virvre… her radiance, her compassion. It feels stiff.’

The statue has gained a mixed reaction from the public, with some saying she ‘looks beautiful’.

But, art critics panned the sculpture as ‘an awkward, lifeless shrine’ and a ‘spiritless hunk of nonsense’ in withering reviews. 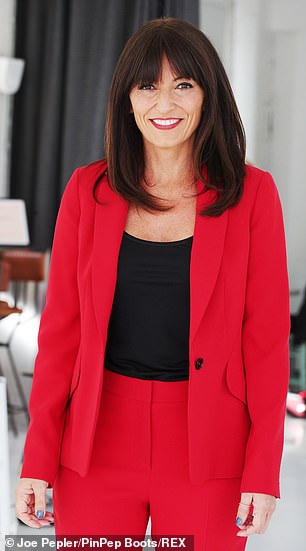 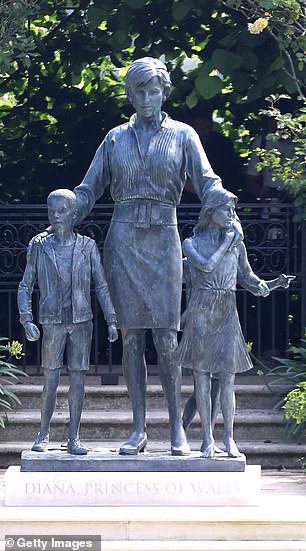 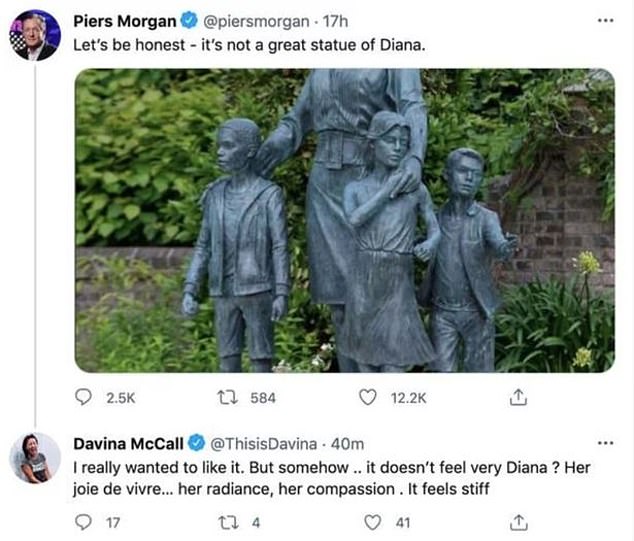 The TV presenter said the bronze – which depicts the Princess of Wales in the ‘final period of her life’ – ‘doesn’t feel very Diana’ on Twitter. She was replying to a comment made by former Good Morning Britain presenter Piers Morgan who wrote: ‘Let’s be honest — it’s not a great statue of Diana’

Some said creator Ian Rank-Broadley made her ‘look grumpy’ and his work ‘doesn’t capture her magic’.

Cast in bronze by Castle Fine Arts Foundry in the traditional ‘lost-wax’ process with a patina of a bluish green over black, the statue is hollow and supported by a stainless-steel armature. It is 1.25 times life size.

The statue’s design was top secret and appears to be inspired by Diana’s official 1993 Christmas card – her first sent without Prince Charles – where she wears the same open ribbed shirt, skirt and belt as she smiles lovingly at her two sons.

But rather than depict her with her boys as she appeared in the card, she is posed with three children – two of whom are not wearing shoes. One of the boys in the statue appears to have short afro-style hair. The palace said ‘it represents the universality and generational impact of The Princess’ work.’

In front of the statue is a stone engraved with an extract inspired by the poem, The Measure of a Man, which featured in the programme at Diana’s 2007 memorial: ‘These are the units to measure the worth of this woman as a woman regardless of birth. Not what was her station? But had she a heart? How did she play her God-given part?’

Yesterday, Princes William and Harry reunited for just over an hour to honour Diana, Princess of Wales at the unveiling yesterday – before Harry made a swift exit. 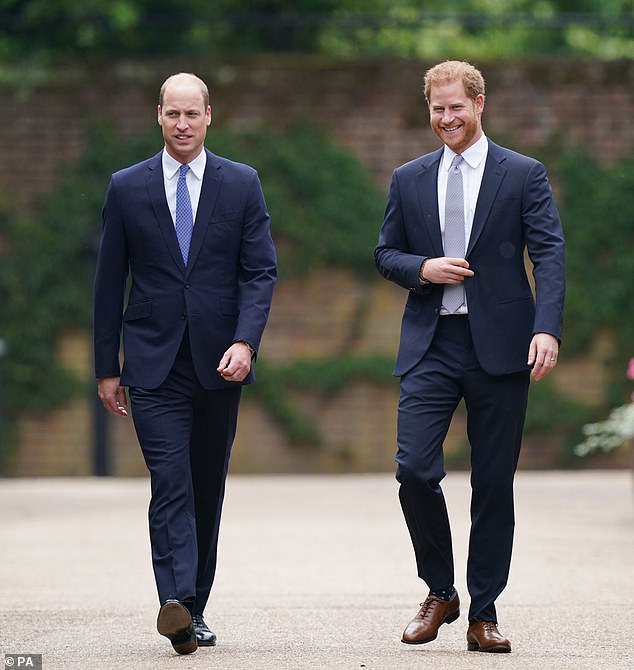 Harry and William put their bitter personal animosity to one side for just over an hour to honour, Diana, Princess of Wales, on Thursday 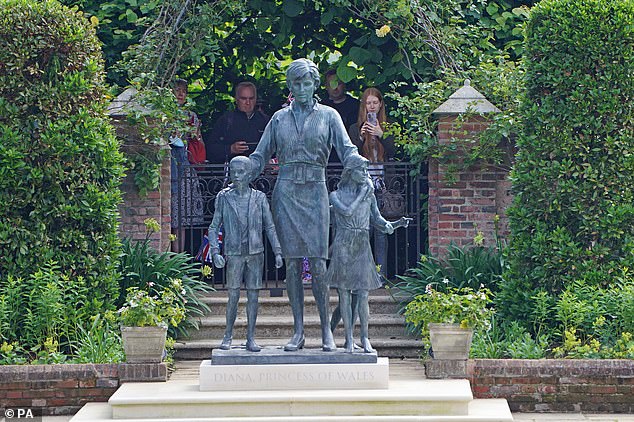 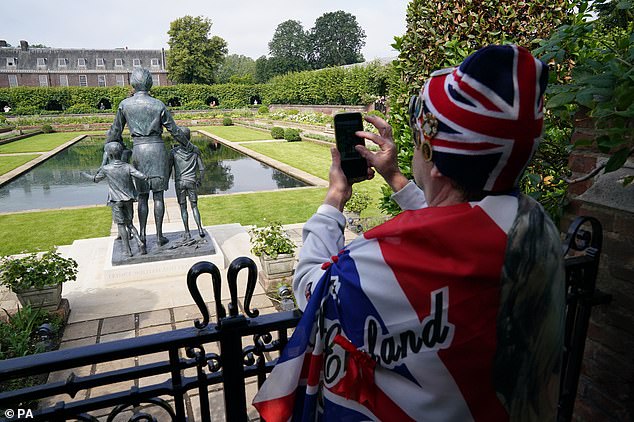 The eight-foot sculpture showing her with three children was unveiled yesterday by her sons, Princes William and Harry, to commemorate her work around the world

Prince Charles was not present at the ceremony, which was changed to a ‘private event’ instead of the large celebration to mark Diana’s life as originally intended.

The move to scale back the unveiling was largely due to bad blood between the brothers.

The statue was in situ for a week prior to yesterday’s unveiling, but was hidden away from prying eyes under a black crate.

TalkRADIO DJ Kevin O’Sullivan compared the monument to the Coronation Street character Ken Barlow on his show on Thursday night. 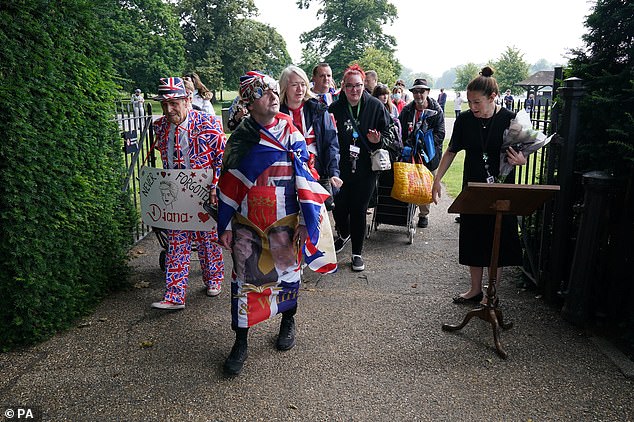 It is the focal point of the Palace’s newly re-landscaped Sunken Garden, which has been filled with the Princess’ favourite Forget-me-not flowers. Pictured: The gates open today

DJ Mr O’Sullivan said the statue looks like Barlow during a phone in with art critic Estelle Lovatt.

She said: ‘It’s a bland, lifeless, soulless sculpture. She looks like she’s been doing press ups and showing off her cleavage.’

And the presenter simply replied: ‘It looks like Ken Barlow.’

Meanwhile today’s newspapers were full of reviews of the statue and many were also critical of how Diana is presented.

Jonathan Jones, writing in the Guardian, was scathing of the design, branding it: ‘A nauseating, spiritless and characterless hunk of nonsense.’

He said: ‘It is a religious image that shamelessly plays up to the most mawkish aspects of Diana worship.’

And he added ‘for the statue group’s emotive symbolism is undermined by its aesthetic awfulness’.