‘Wow 3 possible 1 definite’: ‘Monster’ boyfriend’s sickening reply to his paedophile teacher partner’s snap of school pupils in fancy dress… in one of UK’s most harrowing child abuse case that left prosecutors in tears

As the deputy head of a Church of England primary school, Julie Morris had a wide brief.

Head of maths and religious studies, she also had responsibility for everything from safeguarding vulnerable pupils to rolling out the red carpet for a visiting bishop.

The 44-year-old would even accompany the older children on annual residential trips to an activity centre in the Lake District – abseiling, hill walking and learning about nature.

‘My son would call her ‘Mum’ at school when he was small,’ one parent would wistfully recall.

So when news broke in September that Morris, who was also a Sunday school teacher, had been accused of a string of vile sexual offences against a young girl, the whole community struggled to comprehend what they were hearing. 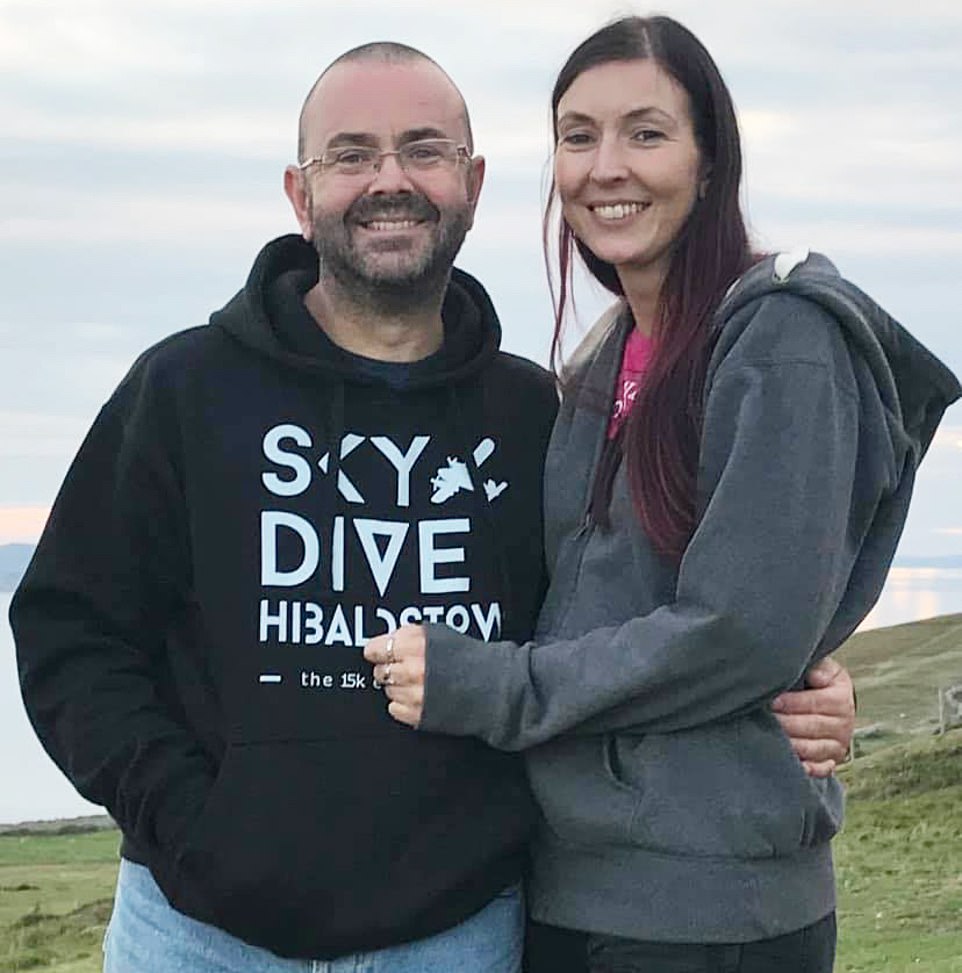 David Morris and Julie Morris met on a dating app. They filmed themselves raping and sexually abusing a child

While police tried to calm fears by stating that the offences were ‘unrelated to her employment’, the unanswered questions served only to fuel parental concerns.

Today, the depraved story of this paedophile teacher and her perverted partner – David Morris – can be told for the first time after she admitted a catalogue of child sex crimes, including two of rape.

At Liverpool Crown Court yesterday Morris was sentenced to 13 years and four months behind bars, while her ‘monster’ boyfriend was jailed for 16 years for 34 similar offences, including seven rapes of the same victim.

The court heard that the lovers – who had the same surname – were involved in a ‘toxic’ relationship in which they molested their victim and filmed the horrifying assaults for their sexual gratification.

‘As a crown court judge I see many cases involving the dreadful abuse of children but every now and again we see cases the circumstances of which are almost beyond belief,’ said Judge Andrew Menary QC, the Recorder of Liverpool, as he jailed them.

‘This is one of those cases. Sadly it demonstrates that human depravity really knows no depths.’ 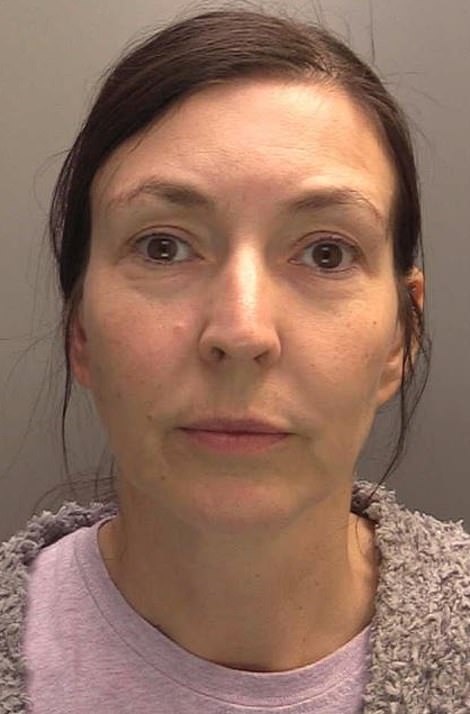 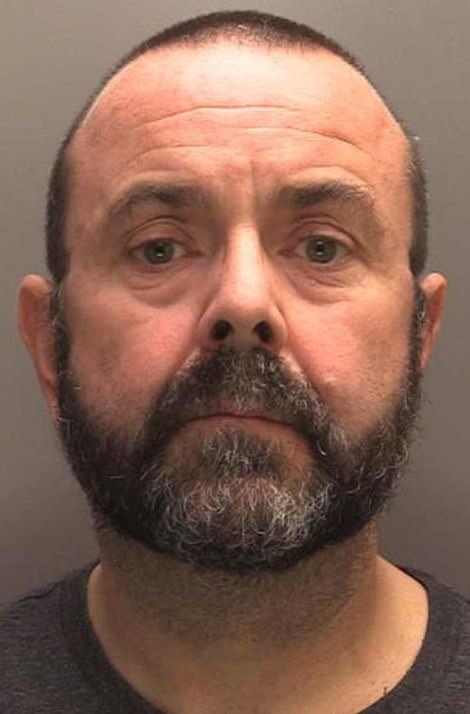 One senior prosecutor admitted to the Daily Mail that the case had reduced her to tears and was the worst of her 20-year career.

Many of the details of what Morris and her lover did are unprintable in a family newspaper – and they doubtless make deeply uneasy reading for those who entrusted their children into her care.

It has emerged that although the victim was not a pupil, Julie Morris had taken photographs of children at the school to send to her boyfriend.

While none of the images was indecent, prosecutors claimed they were sent for her partner’s sexual gratification. One showed children wearing fancy dress in a classroom, to which David Morris responded: ‘Wow 3 possible 1 definite.’

The evidence gathered by police, including vast numbers of messages and videos, indicates that Julie Morris actively and willingly took part in both the grooming and abuse of their victim.

The grooming quickly turned to acts of sexual abuse, abuse that included at least seven rapes, and which took place from May 2018 to this September, starting when the girl was just eight.

Much of it was filmed, with Morris on occasion heard giggling in the background. 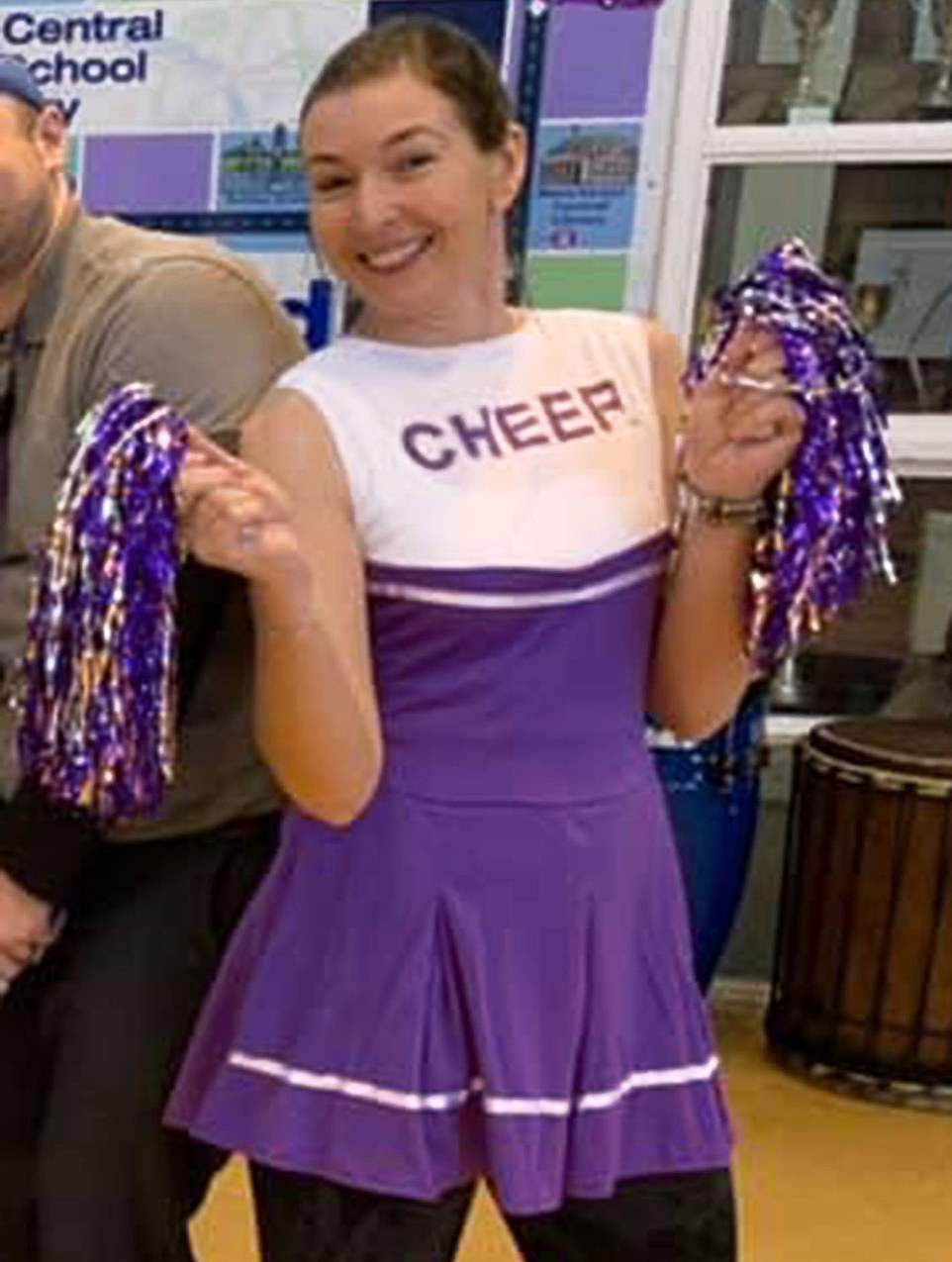 Julie Morris, 44, pleaded guilty at Liverpool Crown Court to 18 offences, including two counts of rape, nine of inciting a child under the age of 13 to engage in sexual activity and two of engaging in sexual activity in the presence of a child

That the couple’s evil activities were halted was entirely down to chance.

In early 2020 police raided the home of a paedophile in London. Analysis of his phone revealed he and David Morris had been in contact, and had exchanged images of children. In early September detectives arrested Morris at his home in St Helens, Merseyside.

After he was released on bail, officers were tipped off the following day that Morris and his girlfriend were preparing to flee. They were arrested in his campervan with £10,000 in cash.

Soon after, the head of St George’s Central Church of England Primary School in Tyldesley, near Wigan, informed parents of the ‘distressing’ news.

While convictions of women for paedophilia are comparatively rare, the female perpetrator often claims to have been pressurised or influenced to take part in the abuse by a male third party.

In this instance. Julie Morris told police she feared her new partner would release nude photographs he had taken of her to friends and family if she did not co-operate. But she also admitted to officers that there had been ‘no direct threat’ that this would actually happen.

The judge rejected her defence, saying she was an ‘enthusiastic participant’ in the abuse and even ‘fed’ her boyfriend’s ‘insatiable appetite’ for child sex. 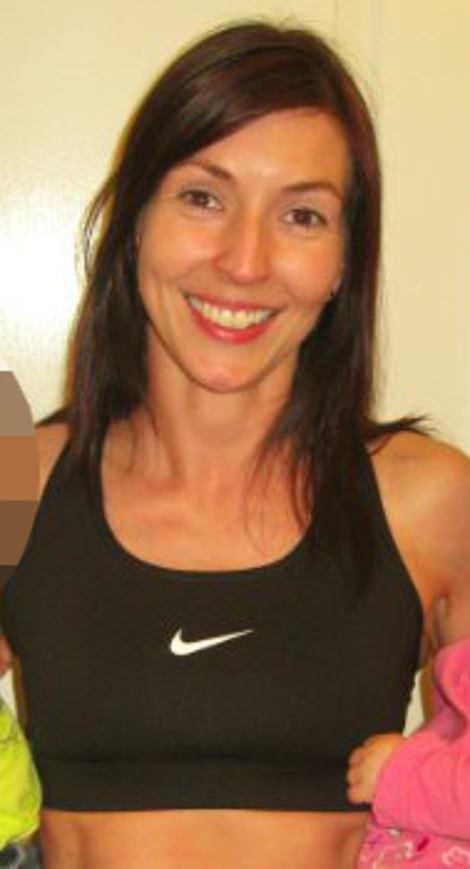 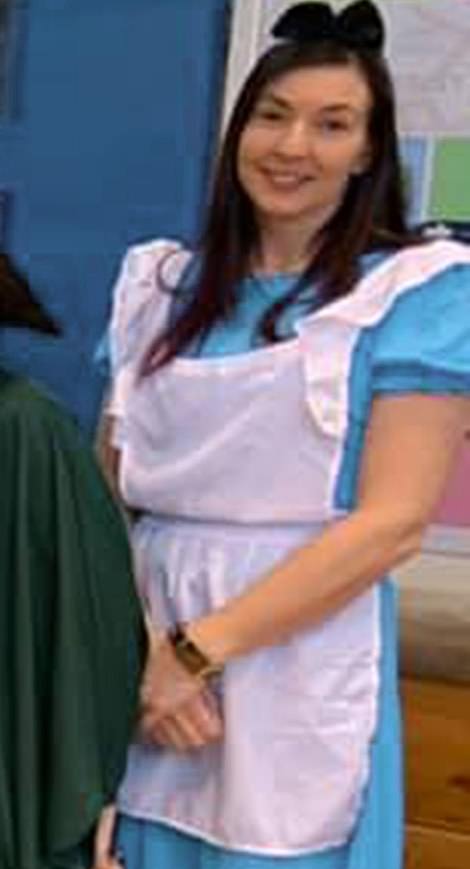 ‘There is no evidence in the thousands of messages between the pair that he had threatened to do this,’ said Mairead Neeson, a senior crown prosecutor at the Crown Prosecution Service. ‘Julie Morris was not an innocent female, coerced into carrying out the offences. She was equally as responsible as David Morris. She is 100 per cent aware of what was going on.

‘She is completely involved, she knows exactly what is happening and at times she is encouraging it to take place. At no point is she saying ‘stop this’ or ‘please don’t do this’. She is a willing participant and encourages him to carry on.’

And Morris’s behaviour is all the more shocking because of who she was – a veritable pillar of the local community in whose person countless people had put their trust.

A regular churchgoer, she had been worshipping at the same Methodist church in Pemberton, Wigan, for 30 years – leading prayers and services and teaching at the Sunday school.

And it was in education that she would find her career. Having gained a degree in psychology from Lancashire University, she then took a specialist maths teacher qualification from Edge Hill University in Ormskirk.

She then moved to St George’s, another church school where she was appointed deputy in 2011.

As well as being in charge of maths and religious education, she trained to become the ‘safeguarding lead’ at the school.

She married a professional musician in 2003. But when he left her for another woman, devastated Morris turned to online dating app Plenty of Fish.

And it was there in July 2016 that she first met David Morris.

He had also recently left a failed relationship. A Kwik Fit mechanic, he was often seen tinkering with an old campervan outside his home in St Helens. In August 2018 he made the pages of the local newspaper after helping to raise money for a sick three-year-old boy to visit DisneyLand. By taking part in a tandem parachute jump, he raised £2,500 for the trip.

‘It was amazing,’ he said. ‘I thought I’d be a nervous wreck, but I wasn’t.’ Relatives of the child say that at the time they were surprised when he offered to help because despite being described as a family friend in fact he hardly knew them.

But David Morris was no do-gooder. By then, he and his new girlfriend were already abusing their victim. From the moment they met, their relationship became ‘intensely sexual’, the court heard, with their ‘graphic and depraved’ communications leading to ‘their sexual fantasies becoming a reality.’

In a cache of explicit messages running to 175,000 pages, they expressed sexual interest in each other and the victim over a period of three years. 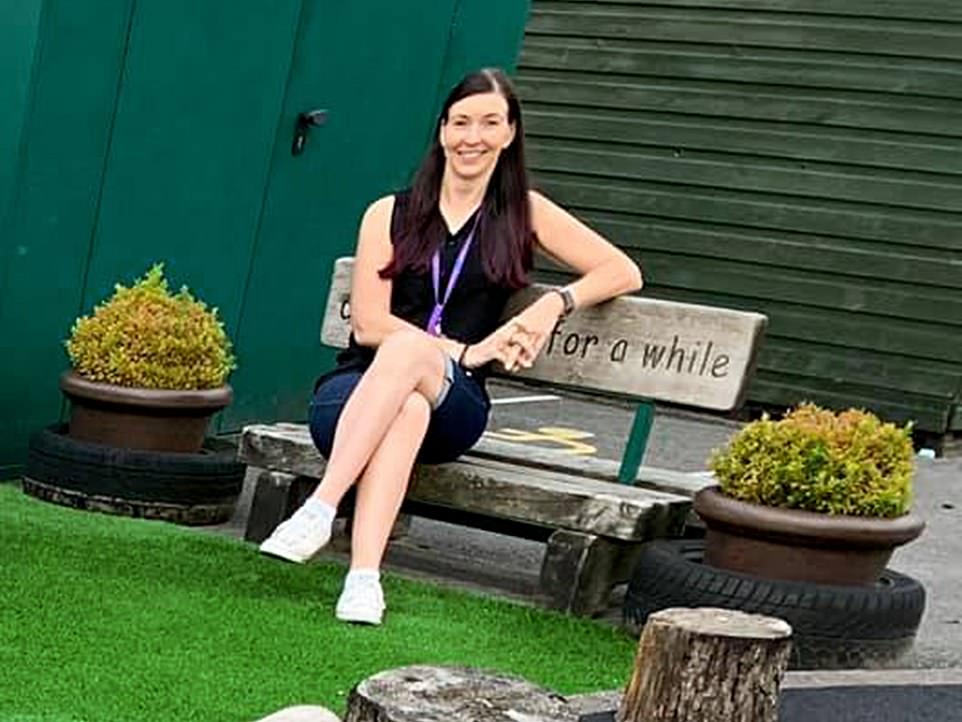 In some messages, David Morris described his fantasies about the child. He described her as a ‘slut’ and compared her to his girlfriend. Such was the extent of their grooming that the girl was even included in explicit group chats.

The vast majority of their exchanges are too vile to describe. The same applies to the videos which include footage of Julie Morris and the victim wearing just their knickers. Another showed the couple sitting naked on a settee giggling and encouraging the victim to smack Julie Morris on the bottom.

The abuse was eventually brought to a halt when police raided the home of the London paedophile, so discovering a link to David Morris. On September 2, Merseyside detectives executed a search warrant at his home. He was interviewed and his phone was seized after which he was bailed.

Police received a tip-off that he and his lover were planning to abscond.

When presented with the evidence both admitted what they had done. Given the material that had been filmed ‘they effectively had no choice’, say prosecutors.

By way of excuse, Morris told police that she had ensured that the victim had ‘not been under duress or in any pain and made sure that she wanted to do the acts’. 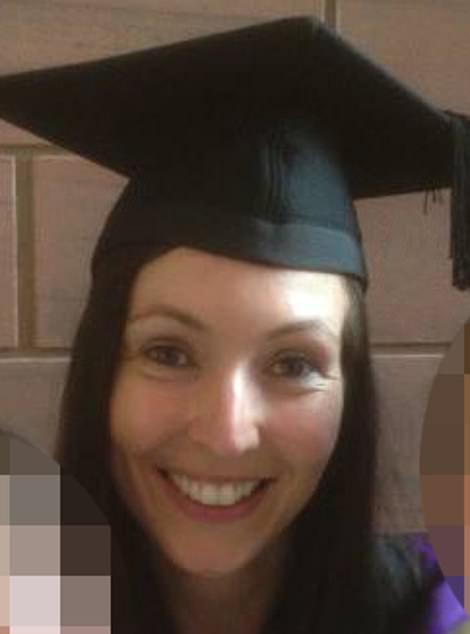 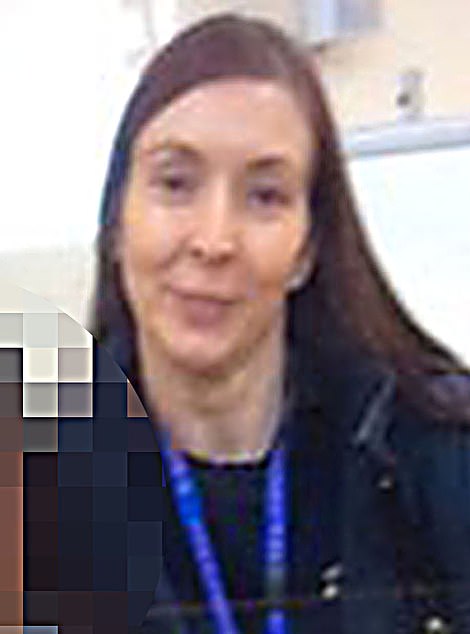 Given her background it was an extraordinarily sickening claim and one described as ‘breathtaking in its inappropriateness’ by the judge.

Such was the quantity of footage retrieved from David Morris it has been impossible for police to examine it all.

Instead, they concentrated on identifying the most serious offences and on making sure there were no other victims.

During an early hearing, Julie Morris was seen to break down in tears as the evidence was outlined. That display of emotion, said Miss Neeson, was in stark contrast to how she had previously behaved.

‘She may be crying now, but there’s no tears in the videos,’ she said. ‘In fact, she is giggling in them. Police described her as cold and detached in interview.

‘There was a complete lack of emotional response from her.

‘The descriptions of what they did are so horrific that when I had finished reading them I burst into tears.

‘It’s a young child whose innocence has been stolen. It is the worst case I have come across in my 20-year career.’

And she added: ‘It is a shocking fall from grace from someone respected in the community who held a position of trust.’ 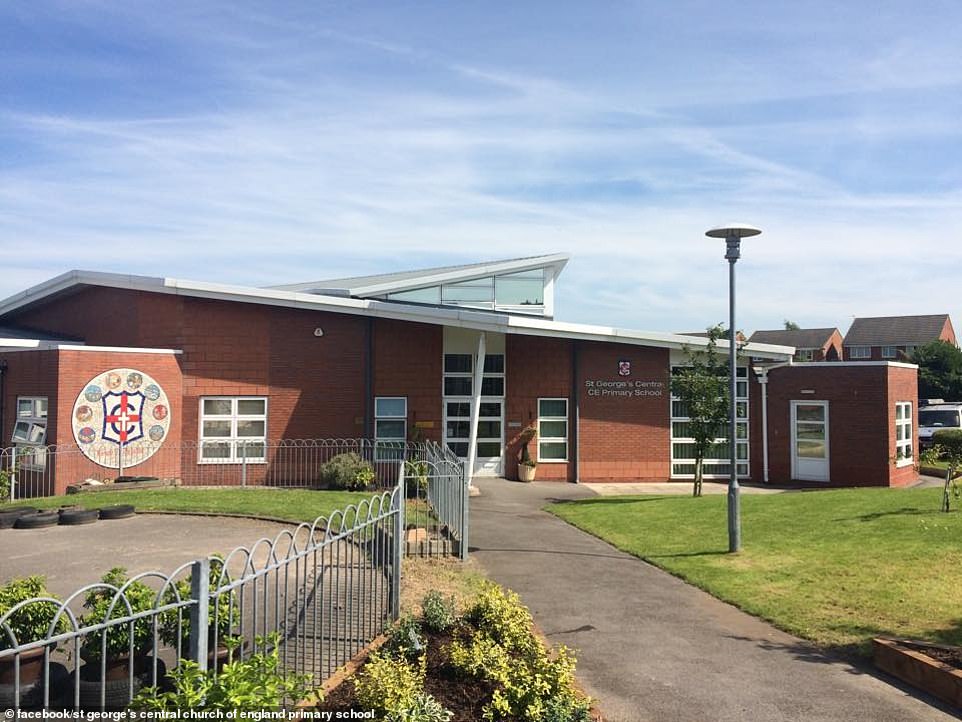 Julie was safeguarding lead at St George’s Central Church of England Primary School in Wigan. The offences are not related to her employment at the school in Wigan

Paul Becker, defending Morris, said that she had endured a difficult childhood after her parents split when she was four and her father died when she was nine.

‘She felt unloved at home, was bullied at school and had a lack of self-confidence and self-belief.’

The barrister added that Morris, from Hindley in Wigan, was ‘thoroughly ashamed and appalled’ at what she had done.

‘Due to her criminality she has lost everything, her reputation, her career and her home,’ he added.

In a statement issued through Wigan Council, St George’s admitted parents would be ‘appalled’ by the ‘distressing details’ of the case.

A spokesman said the school had been reassured by police that none of the photographs of pupils was indecent and no criminal offence had taken place.

‘These are despicable offences and behaviour, especially from someone in a position of trust,’ he added.

‘We know that parents may have follow-up concerns and questions and we will make sure we address these as best we can in partnership with our police colleagues.

‘Undoubtedly this has been an awful chapter in the history of the school but we now hope this close-knit school community can move forward together without being further tarnished by the despicable actions of one individual.’