‘And Just Like That’ Recap: A Beloved Couple Is Getting A Divorce

Carrie decides to sell the apartment she shared with Big in the fourth episode of ‘And Just Like That.’ She’s left shocked when she learns one of her friends is getting a divorce!

Carrie wakes up in her old apartment just like in the old days. Instead of food and kitchen utensils, Carrie has boxes of shoes in her kitchen. She tries to make coffee using her old coffeemaker, but she ends up making a mess.

Charlotte and LTW have become fast friends. They team up at school against the other competitive moms. Charlotte plans to have a little get-together with LTW, her husband, and some of Charlotte’s other friends. 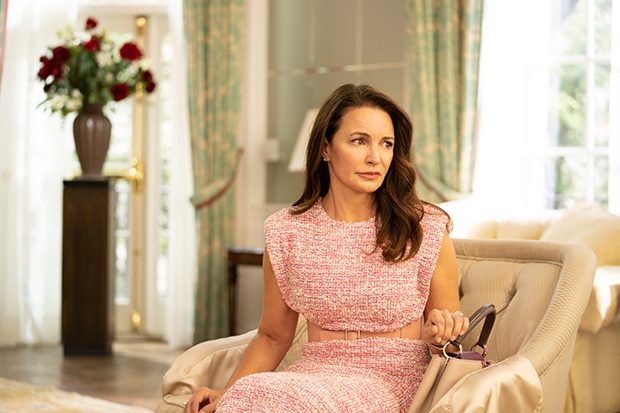 When Charlotte realizes she doesn’t have any other Black friends other than LTW, she goes to desperate lengths to find another Black couple to attend her party. She tries to convince a neighbor to stop by, but things get uncomfortable very fast. Charlotte invites one of the school moms, but the second LTW cancels, Charlotte makes up an excuse to put the dinner off.

After grabbing coffee at her old bodega near her apartment, Carrie goes back to her place with Big. When she sees the dreaded Peloton, she officially makes up her mind. She’s going to see the apartment she shared with Big. 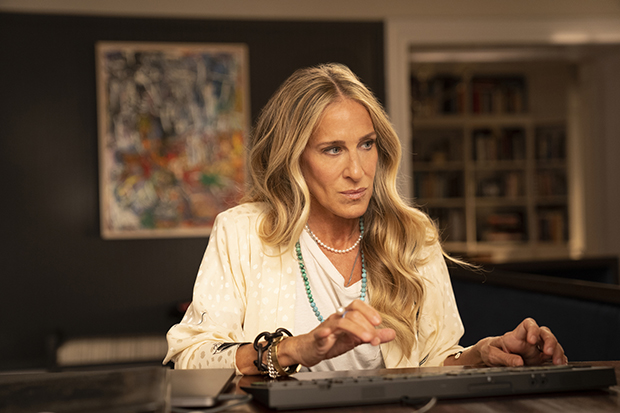 The glamorous Seema is Carrie’s realtor. Seema appreciates how Big designed the apartment, but she tells Carrie “everything has to go.” Seema doesn’t mince words whatsoever. Seema mentions putting a Peloton in the bathroom, and the mood goes in a very uncomfortable direction.

Seema offers to give Carrie a ride downtown. Carrie asks Seema if she has a cigarette. When Seema hands her one, Carrie doesn’t hesitate to light up like the old days. Carrie heads into work where the head of social media tells her that her Instagram is “like a corpse.” Talk about awkward.

Miranda and Nya get lunch together, and Nya reveals that she’s doing her second round of IVF. Nya confesses that she actually felt a “wave of relief” when the first IVF round wasn’t successful. She loves her life the way it is, but feels “afraid if I don’t have a child I’m going to regret it one day.”

Miranda tells Nya that having a child doesn’t take the regret away. There’s “always going to be these roads not taken.” This leads Nya to think that you can’t have it all. “You can. It’s just really f**king hard,” Miranda says.

Carrie goes back to her apartment with Big, and it’s all beige everywhere. The Peloton is back. She grabs Big’s ashes and leaves. She puts Big’s ashes up in her closet. “Just until I can figure out where you really want to be,” Carrie says to the box.

When she comes back to her place later on, she finds a note from Stanford. He’s gone to Japan to follow one of his clients, a TikTok star. Anthony stops by later and drops a bombshell on Carrie. Stanford wants a divorce! 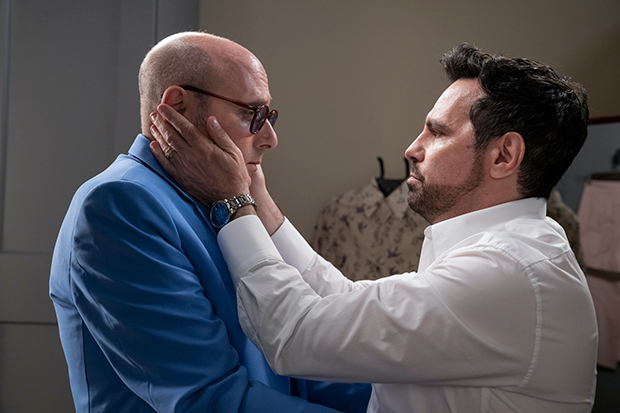 The next day, Carrie goes to see Seema after the open house is over. Seema says the move went well, but one of Carrie’s picture frames is broken. It’s a picture of Carrie and Big. Carrie freaks out. Even though Seema offers to replace the glass, Carrie snaps, “The glass is not replaceable.”

Carrie continues to get extremely upset. “He’s gone. It’s broken, and no one can fix it,” she says. Seema apologizes for seeming insensitive towards Carrie, but she also calls out Carrie for being insensitive at lunch the other day when Carrie made a comment about Seema “still” putting herself out there.

“Maybe you have a point, Carrie. Maybe there’s a part of me that doesn’t feel sorry for you ’cause at least you found the love of your life and you had him for many wonderful years. And in my eyes, that is something worth still putting yourself out there for,” Seema tells Carrie. That honesty is the start of a beautiful friendship between Carrie and Seema.