Follow
Home » World News » Desperate family of boy, 9, with leukaemia have 10 days to save his life

Desperate family of boy, 9, with leukaemia have 10 days to save his life

THE FAMILY of a nine-year-old leukaemia patient have been given 10 days to raise funds for life-saving treatment.

Nathaniel Nabena’s family are appealing as he "clings on to life" after they were told they have until May 12 to find £201,000 for a stem cell transplant. 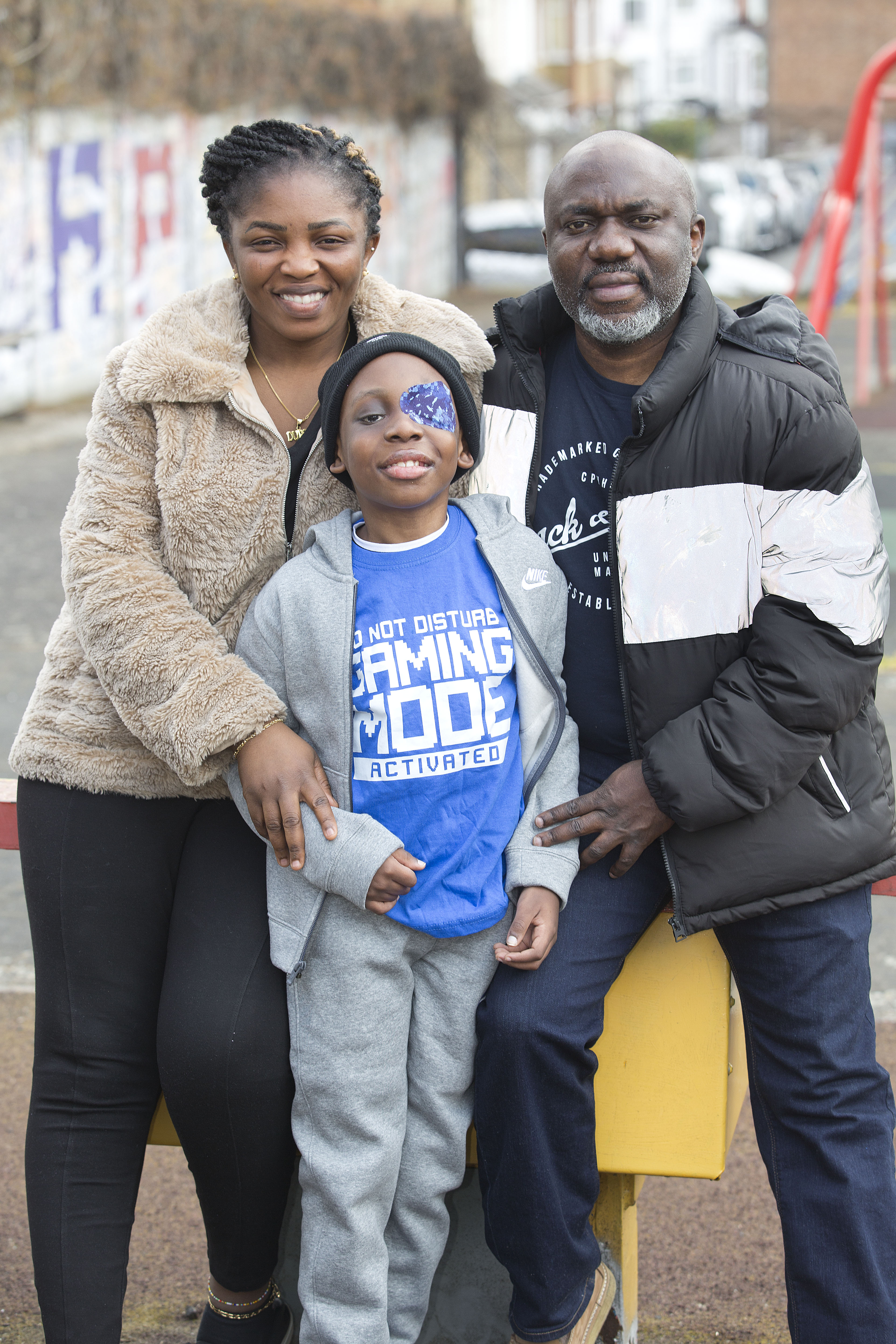 Without the operation his cancer will be terminal.

Nathaniel is not entitled to free NHS treatment because he is not a British national.

He flew to the UK to have a £5,000 prosthetic eye fitted privately after losing it to a tumour in his home country Nigeria.

Doctors at London’s Great Ormond Street Hospital, moved by Nathaniel’s plight, have revealed they have waived their private consultant fees to help.

And Paul O’Grady, who presents ITV series Little Heroes at the children’s hospital has voiced his support.

It was only when he arrived here in November that doctors discovered he had acute myeloid leukaemia, a cancer so aggressive that he could have died within weeks without chemotherapy.

This money goes to the NHS for the cost of the transplant, treatment and after-care, based on a typical in-patient admission of eight weeks and a three-month follow-up as an outpatient. 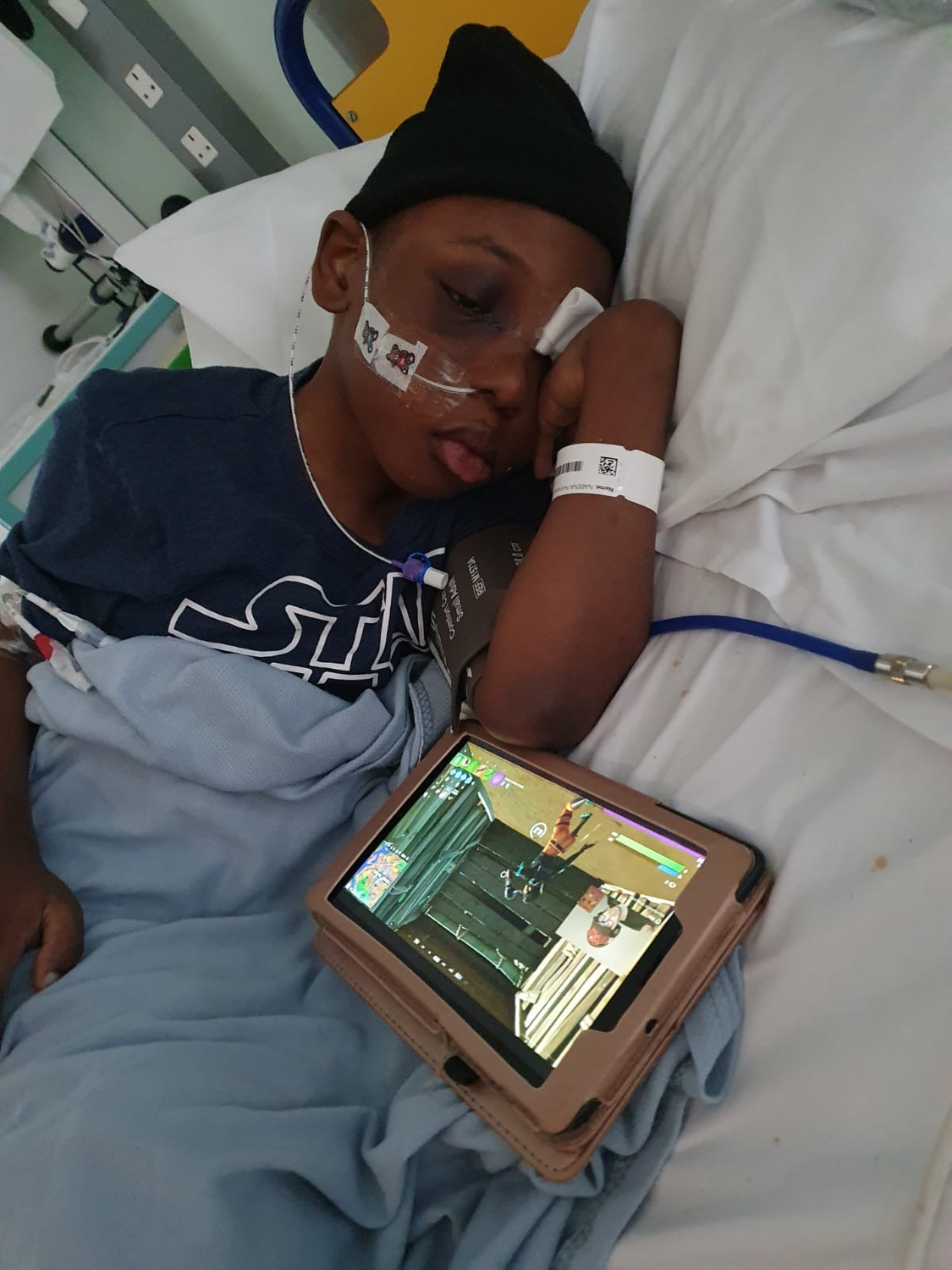 Nathaniel’s cancer is in remission after six rounds of chemo but his consultant says it could return at any time.

If they raise enough, then a transplant will go ahead after tests due to take place on May 14.

Parents Ebisidor, a business analyst, and wife Modupe, 38, who are staying with family in Croydon, South London, were initially told the ­hospital bill could be as much as £825,000.

Ebisidor, 45, told the Mirror: “We’ve seen a dramatic turnaround from the hopeless situation we were in six months ago and we can’t thank Sunday People readers enough.

“It’s incredible that the doctors are treating him in their private work without charging. They are wonderful. We are so grateful to everyone for giving us hope but at the same time asking people to help Nathaniel cling on to life. We know it’s a lot to ask.”

But he warned: “The cancer could come back at any time and the longer we wait the more likely it will return. Then Nathaniel will only have the option of palliative care.

"The tests we are doing in two weeks will reassure us it hasn’t started to come back before we give him the transplant.”

Prof Vora added: “All the consultants involved in his care are working in a private ­capacity and have waived their fee because they want to help him.

“Our time is not borrowed from the NHS because we are treating Nathaniel in our private service in our time.”

Doctors had hoped Nathaniel would be able to have a bone marrow transplant from one of his two sisters Nadia, 11, and Nicole, 21 months. But they were not a match.

Instead, stem cells from a stored ­umbilical cord will be used to save him.

Doctors will give Nathaniel high doses of chemotherapy to kill off his stem cells and replace them with healthy ones.

Dad Ebisidor said: “The faster we can do this transplant the more chance Nathaniel has of survival.

"We don’t have this sort of treatment back home. We didn’t bring him to the UK sick. He got poorly while he was here. If the operation doesn’t work our only option will be to take him to a hospice.”

By law, non-UK residents get free emergency care but are charged for operations if they are admitted to hospital.

They pay for treatment at 150% of the NHS national tariff – the cost normally incurred for eligible patients.

A Great Ormond Street spokesman said: “Nathaniel has responded well to treatment, with our clinical teams working to provide the best care for him including looking at taking advantage of the short window of time for receiving a transplant.”