Diamond fraudster, 48, who swindled more than 100 elderly investors out of £2.5million by convincing them to plough their life savings into jewels in boiler room scam is jailed for three years

A diamond fraudster who swindled more than 100 elderly investors out of £2.5million by convincing them to plough their life savings into jewels in a boiler room scam has been jailed for more than three years.

The pair cold-called elderly victims and used high pressure sales techniques to convince them to invest their life savings into diamonds, with the fraudsters having purchased the items cheaply before selling them at up to 10 times their price.

They also offered safe storage of the diamonds, which in turn allowed them to resell the same items to different victims.

More than 100 victims were left without hope of regaining their money after being convinced to invest, despite Shivmangal and his gang insisting they could make a profit.

The men appeared at Southwark Crown Court on Monday to be sentenced for fraud and money laundering offences.

Judge Alexander Milne QC told the court: ‘Carter Stamford was in fact, nothing but a shell company, it had no employees.’ 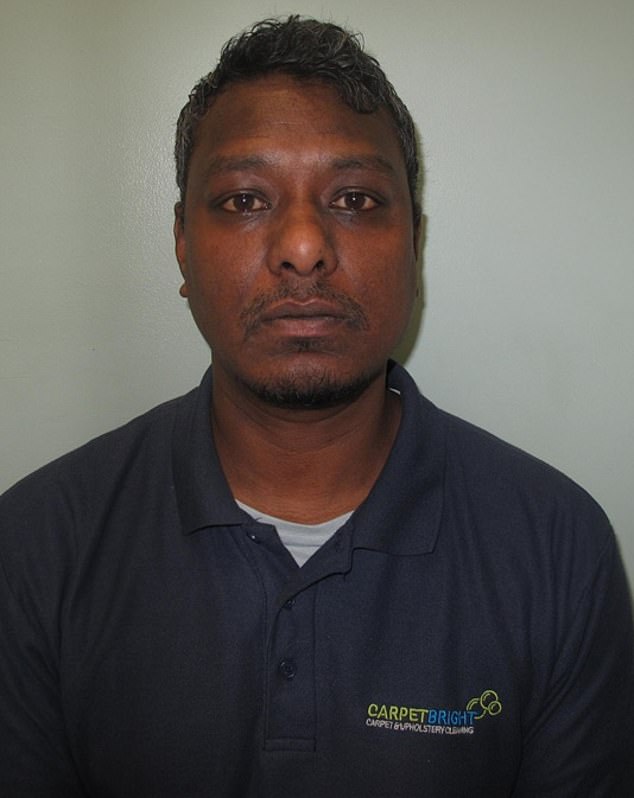 David Shivmangal, 48, was jailed for three years and nine months for fraud and money laundering offences at Southwark Crown Court

The company provided false certificates with the diamonds in an attempt to show they were genuine and worth the price victims had paid for them.

Judge Milne continued: ‘Even a cursory reading of the certificates showed them to be wholly unreliable, as they purported to value diamonds which the company in fact had never seen.

‘The so-called Escrow accounts behind which the company was hiding provided no protection to the clients.

‘You knew from the outset that the diamonds were being bought by the firm and were being sold from six to 10 times what they were worth,

‘It is striking you [Ward] kept your name off of the official records. The damage inflicted will reverberate with those victims for the rest of their lives.’

One victim, a 75-year-old man who lives with dementia-suffering wife, described the men as ‘scum’.

He said: ‘I would describe the impact of losing the £35,000 as a major disaster.

‘I invested this money to help to assist my family in our retirement and for financial commitments with our health.

‘I now find myself and my family suffering greatly, physically, mentally and financially.

‘The men who contacted me on the phone and persuaded me to invest my savings that I have worked hard for. I would describe them as scum.’

Addressing Shivmangal, Judge Milne said the fraudster had a ‘leading role’ and ‘effectively did everything’.

He added: ‘It is exceptional to have so many friends come forward and speak with such affection and respect.

‘I understand entirely why you were embarrassed about your conviction.’ 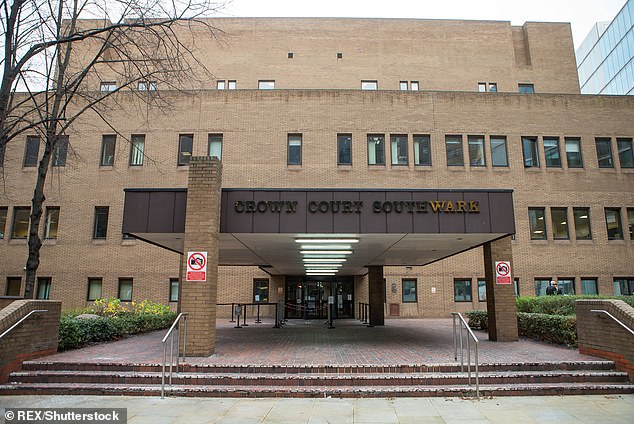 Addressing Shivmangal, Judge Milne said the fraudster had played a ‘leading role’ and ‘effectively did everything’. Pictured: Southwark Crown Court

Prior to his sentence being handed down, a friend of Shivmangal told the court he was ‘proud to call him a friend’ and that it was ‘not going to change’.

The friend added that he was ‘genuinely shocked’ when he heard of the convictions.

Shivmangal, of Purley, Surrey, was convicted of conspiracy to defraud, and entering into or becoming concerned in a money laundering arrangement.

He was jailed for three years and nine months.

Ward, of Orpington, Kent, was convicted of entering into or becoming concerned in a money laundering arrangement.

He was also jailed for three years.

Roger Makanjuola, unit head of the CPS’s Specialist Fraud Division, said: ‘This was a particularly unpleasant fraud, which resulted in vulnerable victims losing their life savings and impacted on their physical and mental health.

‘The defendants had cynically targeted elderly and generally inexperienced investors.

‘The investors were cold-called at home and pressured into investing money in schemes with the promise of high-value returns.

‘The fraudsters presented themselves in a credible way and secured the trust of over 100 victims.

‘The only people to benefit from the schemes were the fraudsters themselves and those who assisted them in laundering the proceeds of their crimes.’