Shannon Ruddock’s 81-year-old father’s last weeks of life were spent in such pain in a Sydney aged care facility that he begged to be thrown under a bus.

Her father, Vincent Paranthoiene, was shuffled between a Sydney hospital and an aged care facility whose staff were ill-equipped to treat his pain before he died in late 2017. That made Ms Ruddock determined to campaign for aged care residents to have a “good death”, and for dignity at the end of their lives.

The Aged Care Royal Commission’s final report calls on the government to recognise that palliative care and end-of-life care, like dementia care, is a “core business” for aged-care providers. 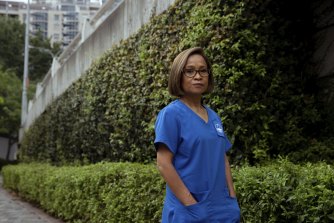 Jocelyn Hofman, a registered nurse in a Blue Mountains aged care facility, has been pushing for more nurses in aged care. Credit:Dominic Lorrimer

Given that almost a third of people using residential aged care will die within one year of entering care, the report said palliative care should not be seen as an optional extra.

“Residential aged care is often a person’s final place of residence before they die. People at the end of their lives should be treated with care and respect. Their pain must be minimised, their dignity maintained, and their wishes respected,” the report stated.

Yet the commission heard people were coming in “older, sicker, frailer, [with] multi-morbidities and are needing much more care, and … because of that … significant numbers of them need palliative care in the first instance”.

The report said they had “heard examples where the care provided to people in their last weeks and days of life was severely lacking”.

It singles out palliative care as one of four areas that should come under urgent scrutiny by the aged care regulator, along with poor quality of food and nutrition, dementia care and restrictive practices including chemical and physical restraints.

It recommends all aged care workers should be trained in dementia and palliative care, and funding should be increased.

The report attributes some of these problems to an understaffed workforce that is underpaid and undertrained: “Too often there are not enough staff members, particularly nurses”.

It recommends the reintroduction of a daily minimum standard for registered nurses, enrolled nurses and personal care workers.

By 2024, each facility should be required to have at least one nurse on site at all times. By then, each resident should receive a total of 215 minutes of care per day, including 44 minutes by a registered nurse.

Currently there is no requirement to have a nurse in a nursing home, and the average resident now receives only 180 minutes of care.

Aged care registered nurse Jocelyn Hofman has been campaigning for more nurses in the sector since the Coalition’s Aged Care Act 1997 abolished the requirement for aged care facilities to have a nurse on staff. 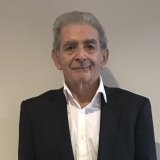 Vincent Paranthoiene was 81 when he died. His time in an aged care facility in southern Sydney was marked by pain, his daughter Shannon Ruddock told the Royal Commission. Credit:Shannon Ruddock

Nurses improved how residents lived and died, she said.

“This is what we do – palliative care. When we are working on the floor, residents deteriorate at any time of the day,” said Ms Hofman, who works in a Blue Mountains facility.

“It upsets me that in some facilities there is no nurse. When residents are in excruciating pain, and grimacing and can’t articulate, we are the ones who give them medicine,” said Ms Hofman. “It is us who makes sure the resident doesn’t suffer unnecessarily. We make sure their last journey is filled with dignity and respect, and we initiate the process when that time is close.”

The report found though that facilities were using less palliative care than in the past.

“The staff at Alkira Gardens at Miranda [where her father lived] didn’t seem to realise they were caring for someone who was dying,” she said. “There was a responsibility gap: He had complex palliative care needs that couldn’t be addressed by the facility.”

The hospital could only provide patients who were dying with palliative care if they thought they would die within two weeks or to stabilise them.

Barrie Anderson told the commission about his wife Grace and her experience of living with dementia in the palliative care stage.

There were “Eureka moments” with his wife, moments of connection, he said.

When people asked him how to care for his wife, he replied: “It’s a fairly simple message, actually, to walk in Grace’s shoes, to recognise that she’s had a rich past, that there’s a present and that she has an evolving future.“

And, com, death, dignity, in, Life)
You may also like: