Follow
Home » World News » ‘Do we need another one?’ St Kilda considers new music venue next to Palais

‘Do we need another one?’ St Kilda considers new music venue next to Palais

A decades-long debate over the development of the “St Kilda Triangle” is set to start back up again as Port Phillip City Council considers plans for a new music venue next door to the iconic Palais Theatre.

Questions have already been raised over whether it’s viable to have two music venues so close to each other. The council will decide on Wednesday night whether to undertake a feasibility study into the car park proposal. 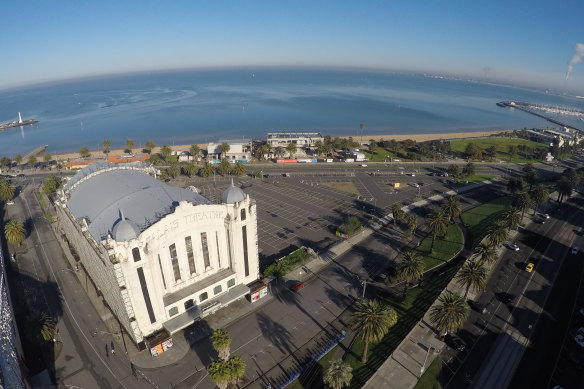 Development of the St Kilda Triangle has been up for debate for years.

Debate has raged since the early 2000s on what to do with the prime chunk of land wedged between Luna Park, the theatre and the foreshore. The land has been home to a number of venues in the past, including the Palais de Dance, Palais Pictures, the Palace Entertainment Complex, the Palais Theatre, the Stardust Lounge and a casino.

The most contentious debate about the land was in 2007 when a $400 million plan was proposed for the entire site before being thwarted after a savage community backlash and claims it would become “Chadstone by the sea”.

In response to that saga, a master plan was created with the community in 2016. It included suggestions for the land, such as a gallery, another live music venue or performance space.

At the time, the state government was looking for a new home for the NGV Contemporary. The St Kilda Triangle was proposed as an option but not selected.

In a report to be debated on Wednesday night, council staff said that because an “alternative cultural facility” had not been found to “anchor” the project, they recommended pursuing a performance or live music venue instead.

Former councillor Serge Thomann was elected in 2008 on a promise to stop the 2007 triangle development and helped create the 2016 master plan. Thomann said he was caught off guard by the narrow scope of the officer’s report released before Wednesday’s meeting.

“We’re supportive of a feasibility study, but we want a broader view of what could be done on the site rather than solely a music venue. Do we need another one?” said Thomann, who represents community activist group Unchained, which led the protests against the 2007 plan.

“Whatever is going to be built there will need to attract people all through the week, not just two nights a week.” 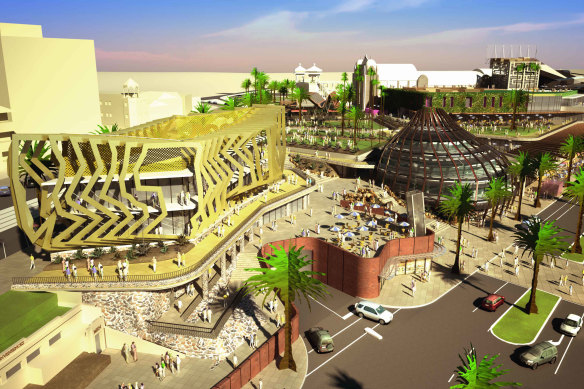 Residents quashed the plan for a major redevelopment that was greenlit by Port Phillip Council in 2007.

Peter Bain-Hogg, a music entrepreneur and St Kilda local who was part of the consultation process in 2016, said he also doubted the need for another large-scale music venue in Melbourne.

“Why is the council not following the master plan that was developed in 2016, which was for a much broader use?” he asked. “I love the idea of [the music venue] but I’m just not sure we need it.”

The report to be tabled Wednesday presents councillors with three options: two of those involve undertaking a feasibility study, while the third suggests doing nothing.

The difference between options one and two is the level of initial money required. Option one would take six to nine months and cost $558,000, including the appointment of a new staff member on a salary of $128,000.

Option two, which would cost $378,000, would not involve technical investigations into soil and ground conditions and would initially keep consultations only within formal council meetings.

Council officers note there is no budget for the project for the coming year, so the study “may impact delivery of existing council priorities”.

If councillors vote to progress a study, results would be returned by mid next year, at which point councillors would decide whether to progress the project or abandon it.