Dog thefts double as pet prices soar during the coronavirus lockdown – making it the worst year ever for the crime, says volunteer group

A huge rise in heartless dog thefts has been blamed on the coronavirus pandemic.

The number of dogs stolen during the past year in Britain has doubled, making it the worst year ever for the crime, the volunteer service DogLost claims.

The group, which reunites missing dogs and their owners, says the thefts have left thousands of families devastated as pets are snatched from gardens and cars – and even during walks.

More than 320 cases were reported to police between January and August last year, the organisation said, up from 170 during the whole of 2019.

Experts say the demand for canine companions has boomed under coronavirus restrictions, forcing the value of some breeds to triple. 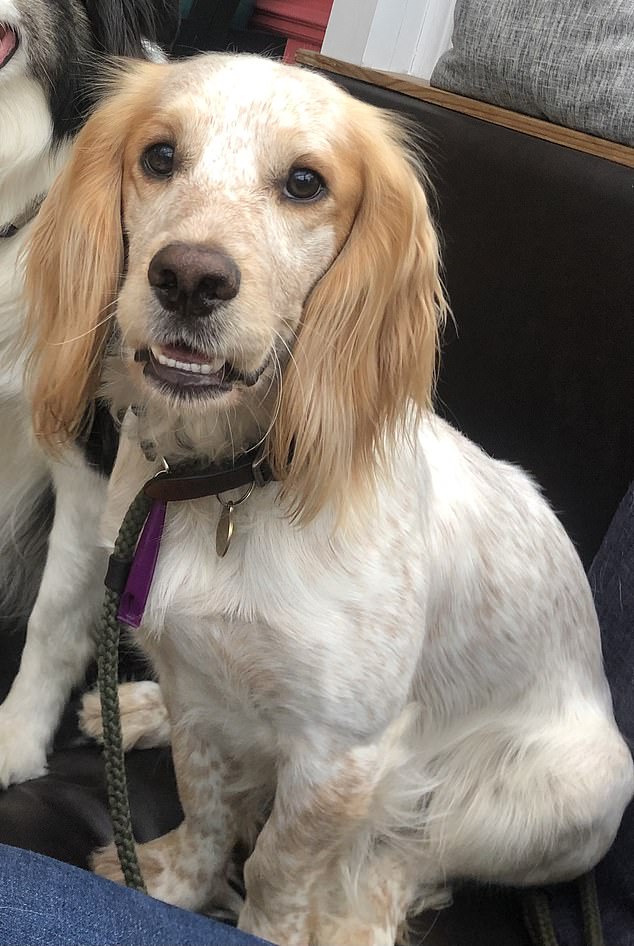 It means criminals have targeted the most lucrative animals – which can be sold on or even kept for longer-term gain by breeding puppies from them.

Justine Quirk, who volunteers with DogLost, said: ‘Dogs are sadly now very appealing, either to those that want to make quick money by selling them on or to keep them for breeding, knowing that their puppies will be worth a lot.

‘Currently, pet theft is a low-risk, high-reward crime and sadly, thanks to the perceived increase in value, our dogs have never been at more risk.’

The group says calls to its helpline have shot up by 125 per cent during the past year.

In one case, retired police officer Mike Jasper had his three-year- old sprocker spaniel Ted snatched just before Christmas as he took him for a walk on a common in South London.

Mr Jasper was assaulted from behind before two men made off with his beloved pet.

Mr Jasper, 66, who lives in Wimbledon, said: ‘One of them stood on my wrist until I let go of Ted’s lead.

‘I felt absolute terror. Complete devastation. I couldn’t believe what had just happened.’

Despite a public appeal, and Mr Jasper reporting the theft and assault to the police, there is still no sign of Ted and officers have told him there is nothing more they can do. Experts say that the problem is on the rise across the country. Dogs Trust chief executive Owen Sharp said: ‘Demand for dogs is at an all-time high. Not only that, our research has shown that prices for some of the UK’s most desirable dog breeds are at their highest in at least three years, with the costs for some dogs increasing month on month since lockdowns began.

‘It’s no wonder criminals are taking advantage of the situation.’

Dog theft is not a specific crime but falls under theft, burglary or robbery. It means that if a perpetrator is caught, they face fines based on the value of the dog.

Mr Sharp says this does not reflect the emotional impact of dog theft on families. His beloved Ted cost him £600 three years ago, but is worth about £3,000 now.

Mr Sharp and other campaigners are calling for custodial sentences to act as a deterrent.

The topic was debated in Parliament in October, with Tory MP Tom Hunt warning that the risk of small fines ‘will not stop this type of organised crime’.

Dogs Trust recommends training your dog to come back to you and being sure to never leave it unattended. It also advises having dogs microchipped and making sure that homes and gardens are secure.

as, dog, double, pet, price, thefts
You may also like: