A WOMAN killed in a crash along with her three dogs has been named by police.

Olivia Riley, from Suffolk, and her golden retrievers died yesterday following the collision in a millionaire's row in Chelsea, London. 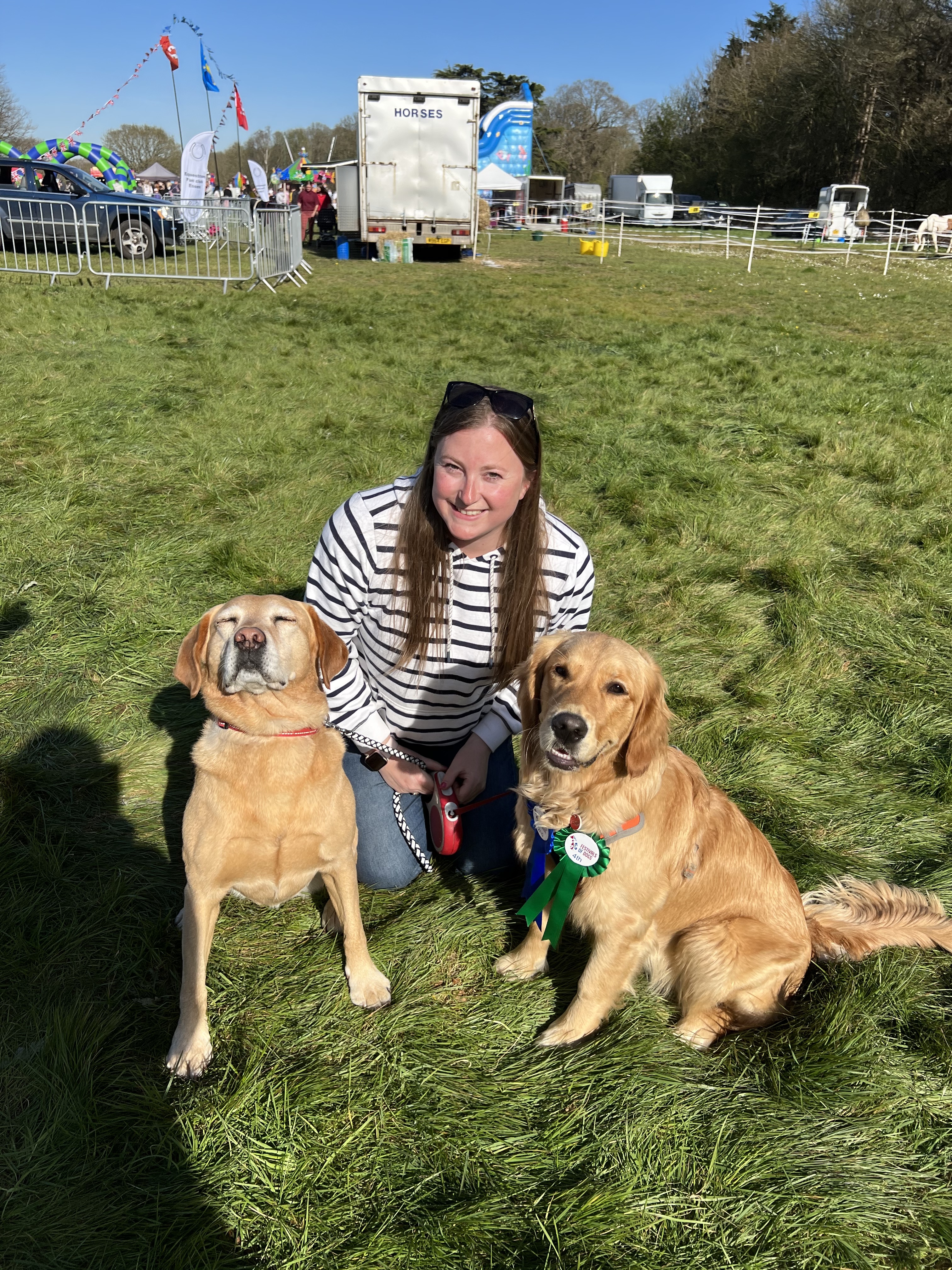 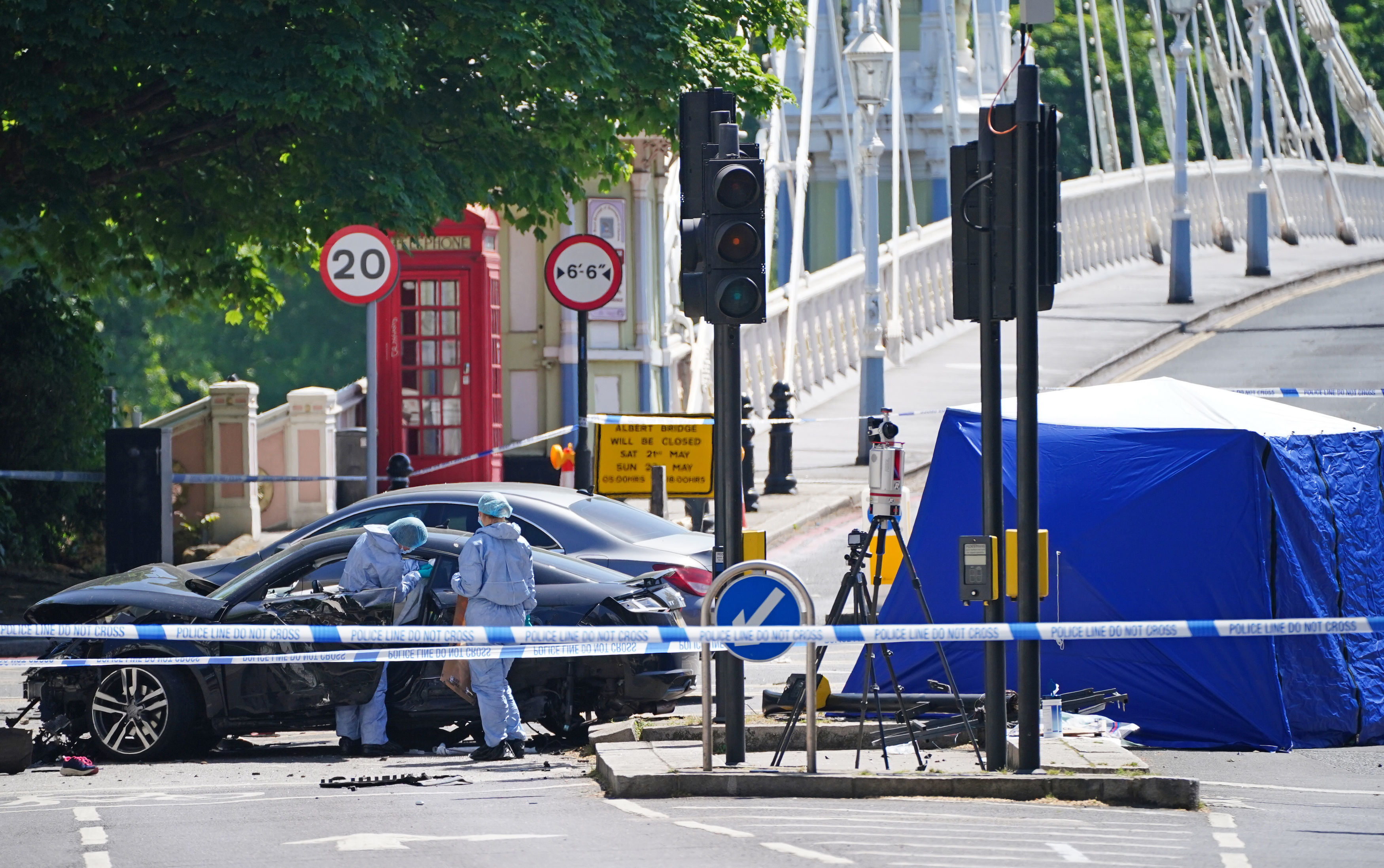 The driver of the car, a 26-year-old man, has been arrested on suspicion of causing death by dangerous driving.

Officers and paramedics were called to Cheyne Walk at 6.21am to reports of a collision involving a pedestrian, animals and an Audi.

Mrs Riley, 41, was found dead at the scene, and her dogs also died as a result of injuries, cops said.

The driver, who is now in custody, sustained minor injuries. 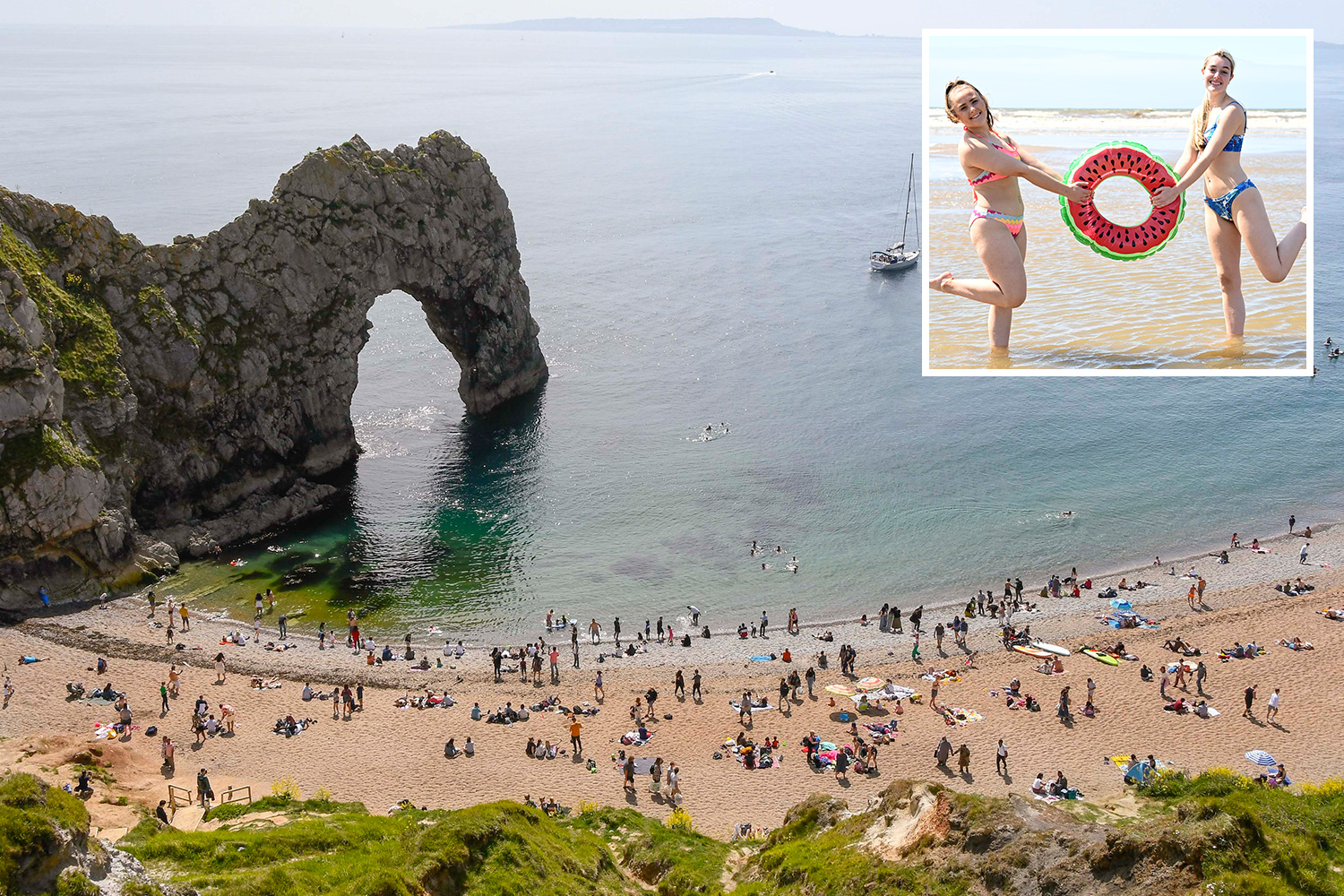 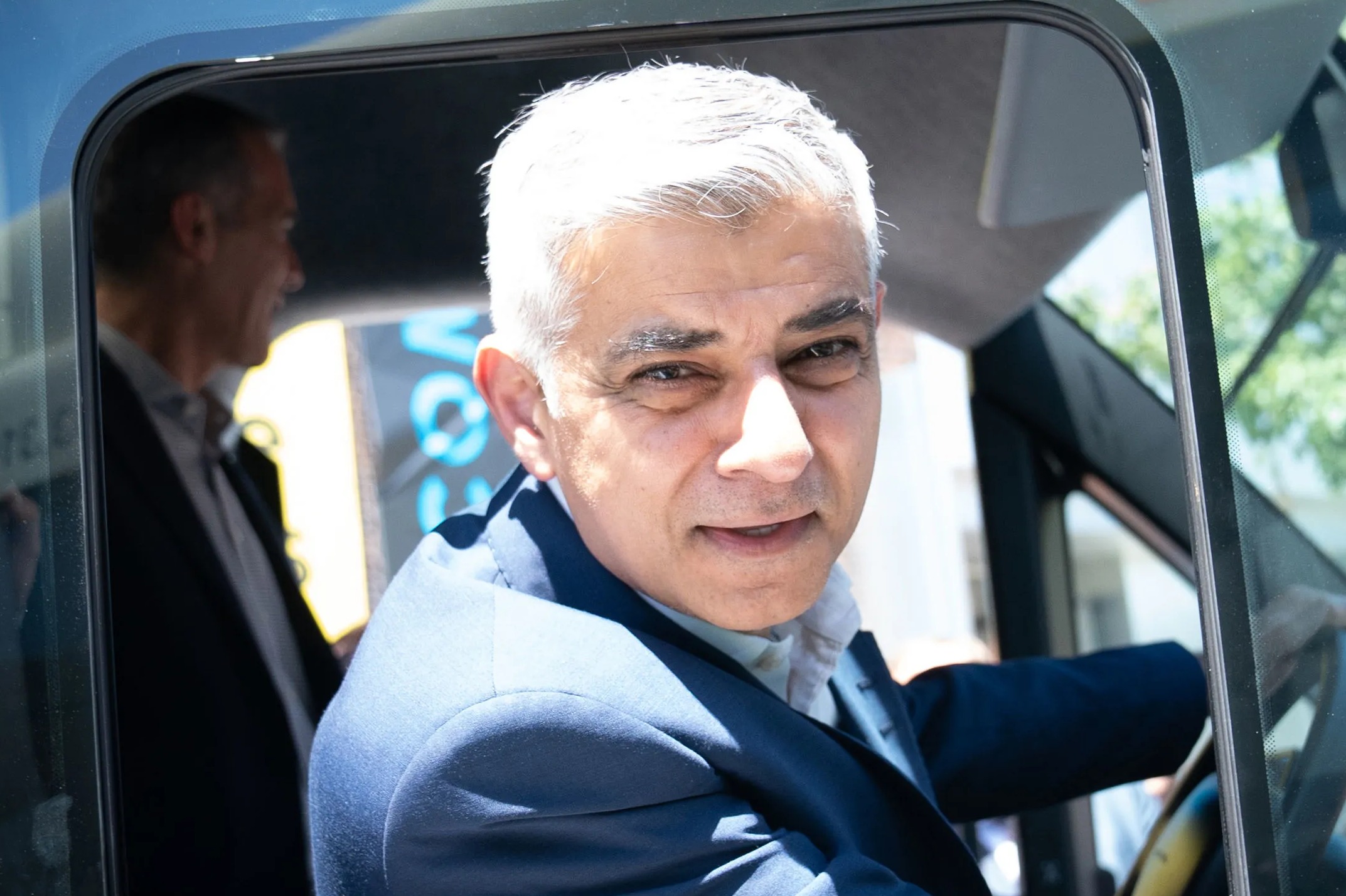 One witness to the aftermath described it as "absolute carnage".

They said on Facebook: "Two dead golden Labradors and one squealing so loudly, piercing the chaos all around.

"Lots of blood and several smashed cars. I have since learnt that the dog owner died at the scene with her three dogs.

"RIP lady and her dogs. So very very sad. Prayers for your family."

Britney Spears reveals she has lost her baby in heartbreaking post

Another passer-by wrote on Twitter: "I drove past this just after it happened.

"Absolutely awful scene – traffic lights mangled and three dead dogs in the road. There was damage to multiple cars."

Police are urgently appealing for witnesses or anyone with dashcam footage to call 101 quoting CAD 1500/14May.

Cheyne Walk is a mansion-lined road that stretches along the Thames and has long drawn famous residents such as rock star Sir Mick Jagger.

My partner is so lazy I have to leave money in loo roll holder, but it works 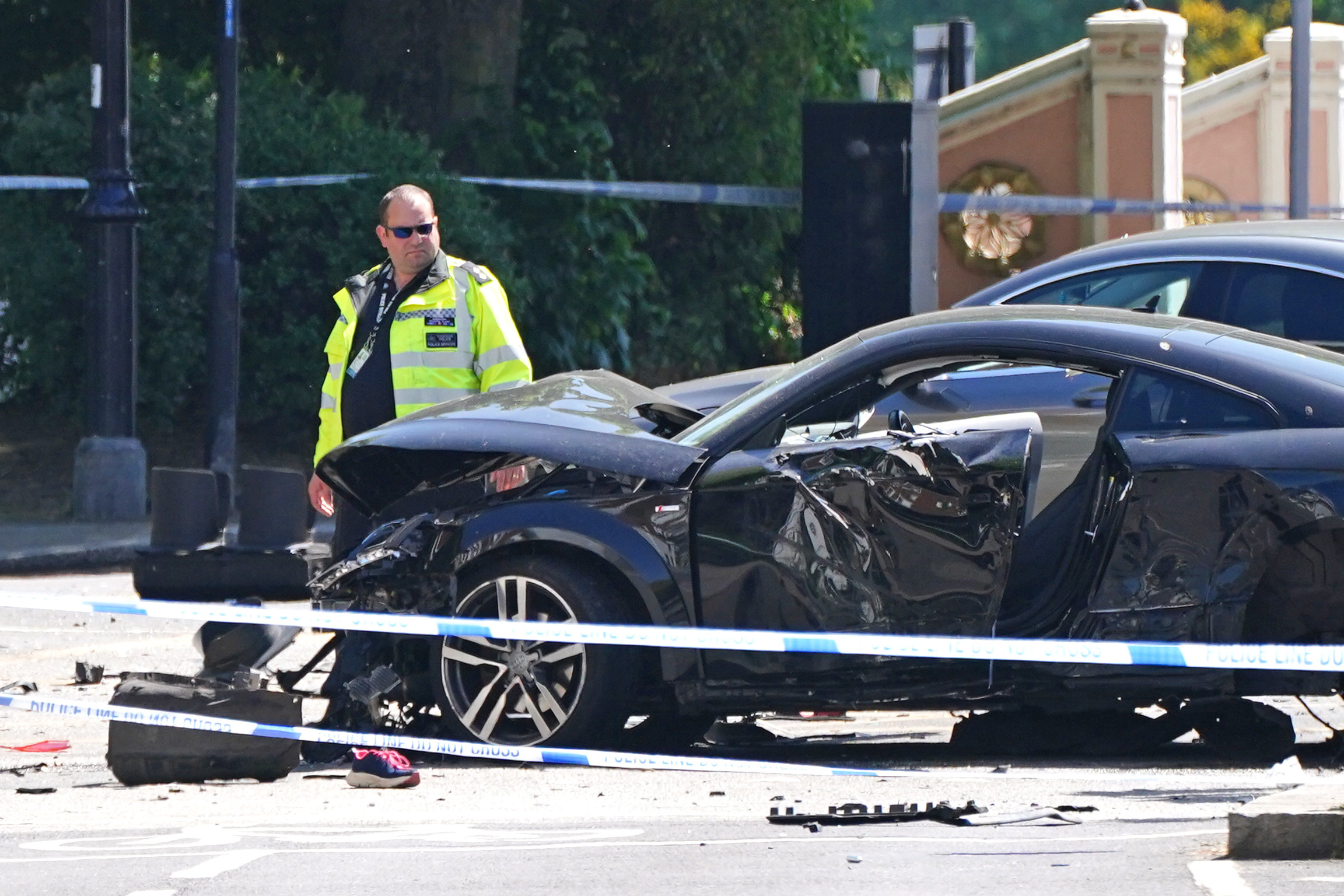 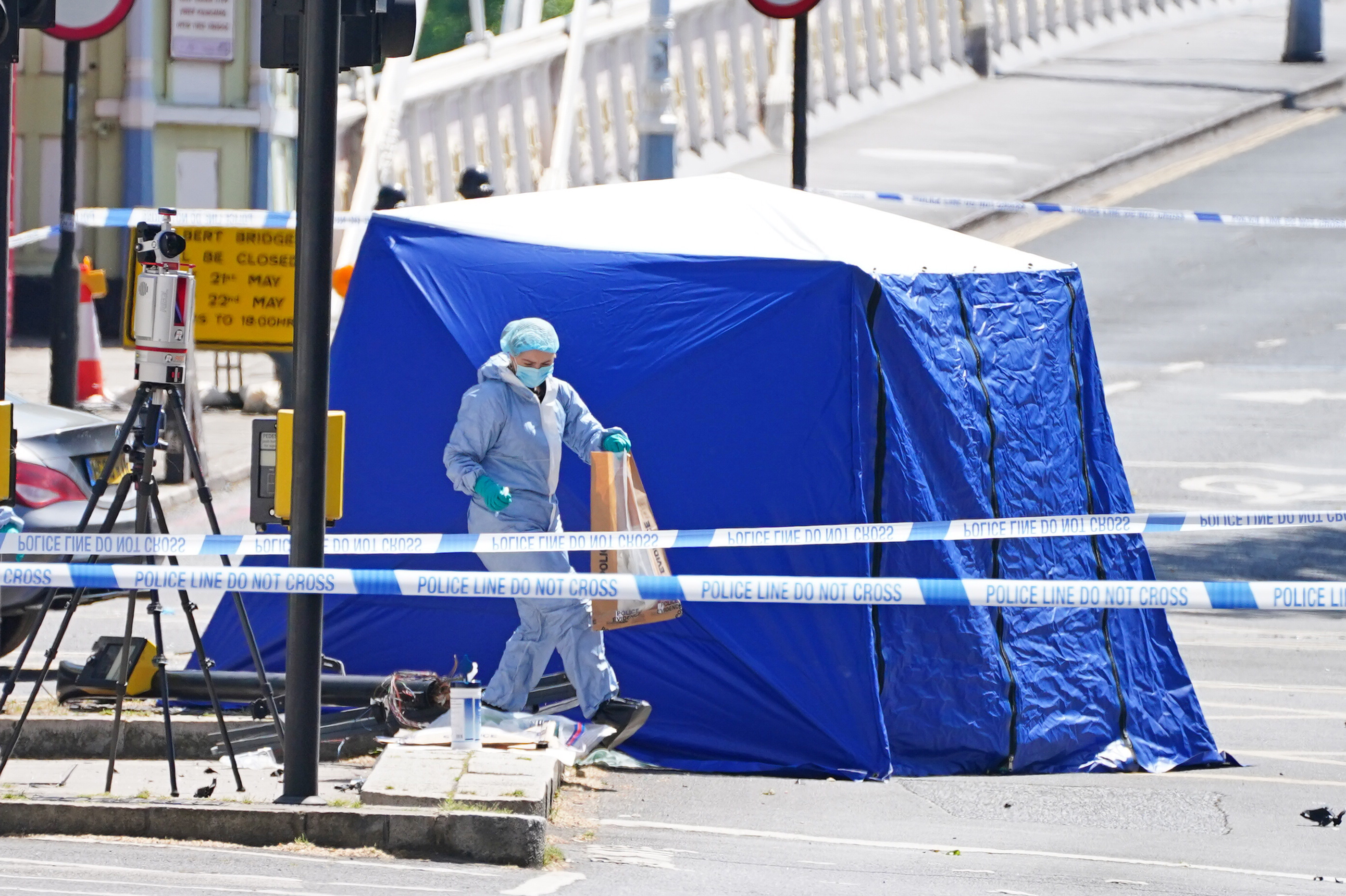 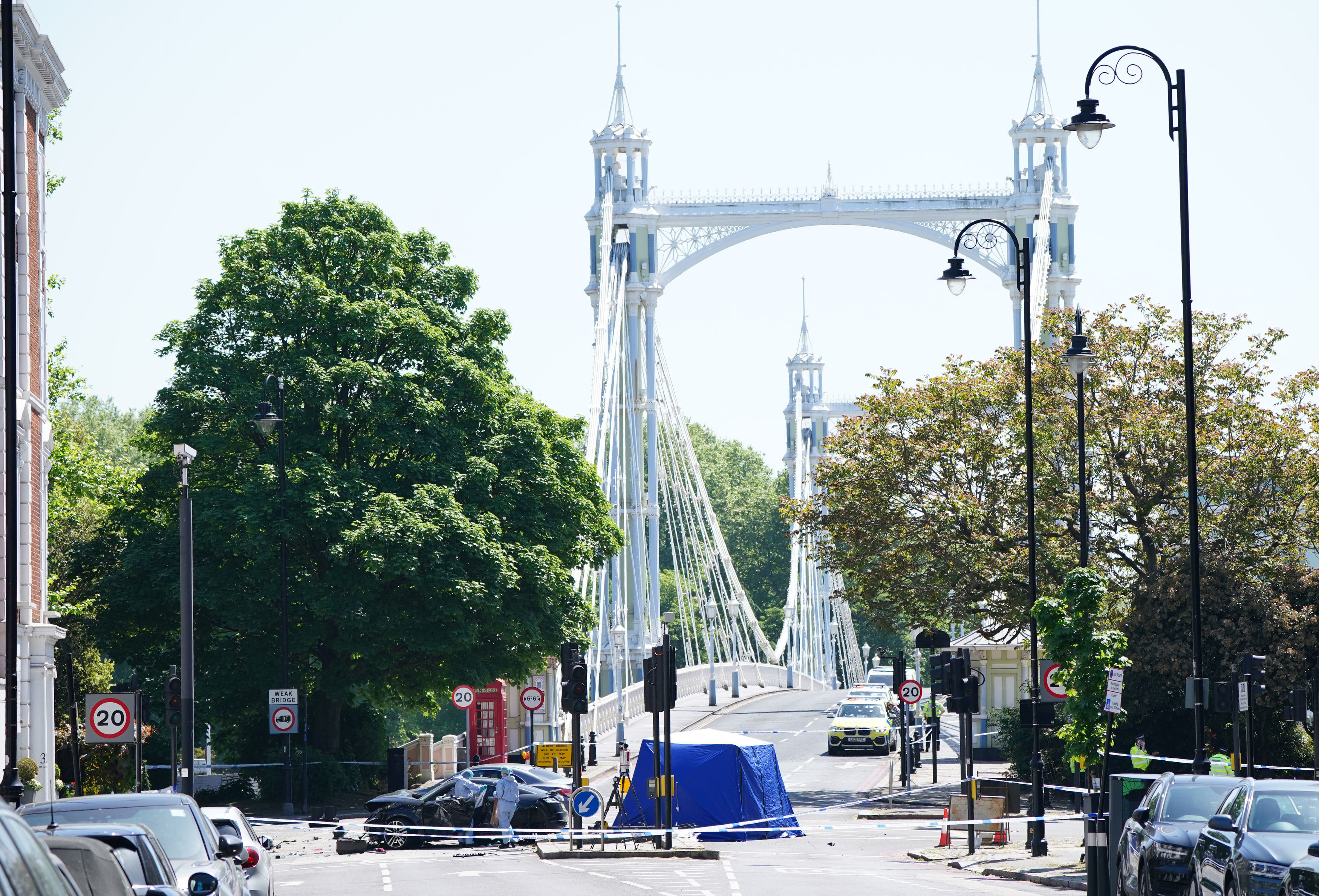