DEMOCRATS will fire the starting gun on Donald Trump's historic impeachment trial today with a bizarre procession through Congress.

The House of Representatives will vote to send two articles of impeachment to the Senate, and then officials will march across the the US Capitol building to deliver the papers by hand. 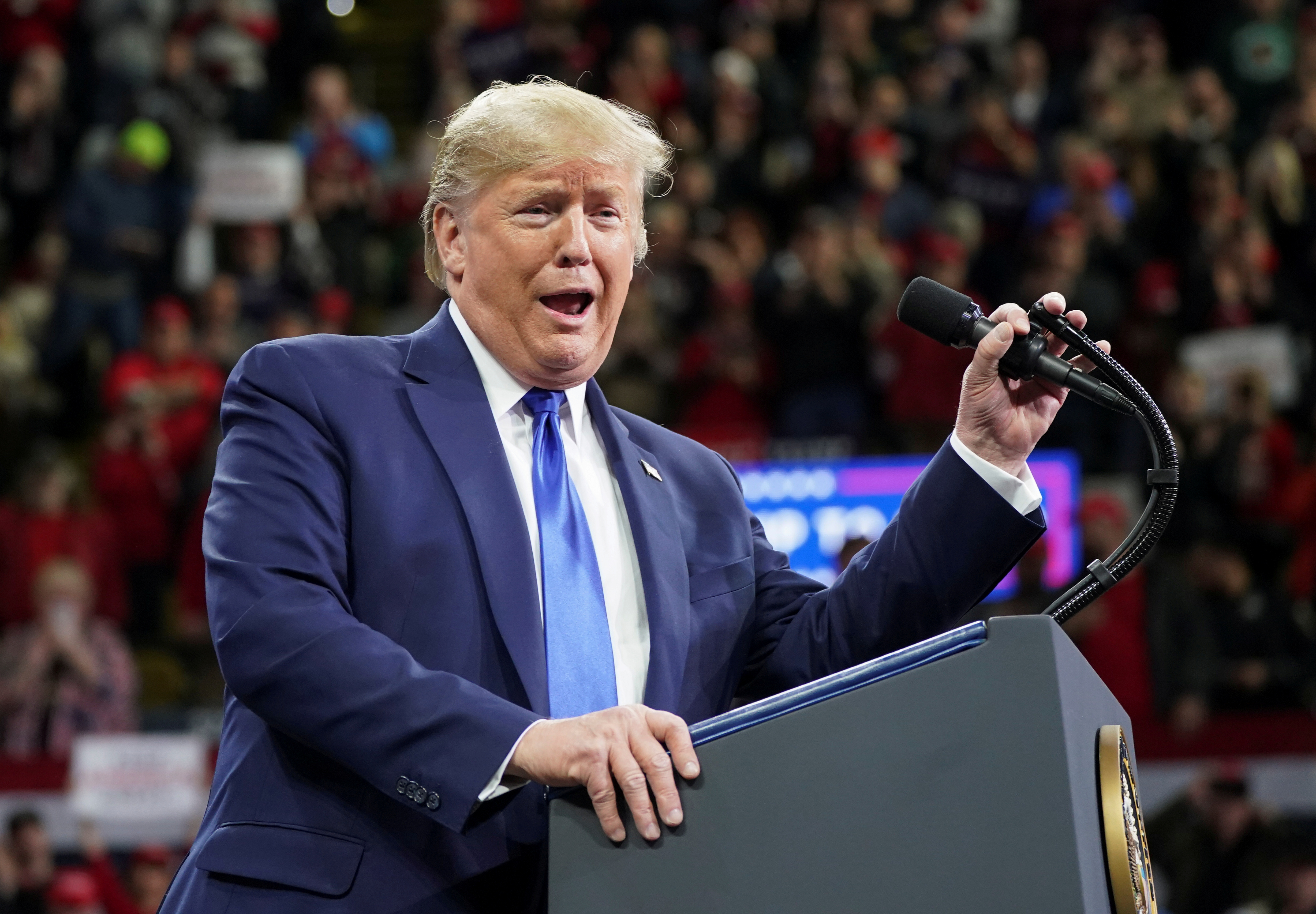 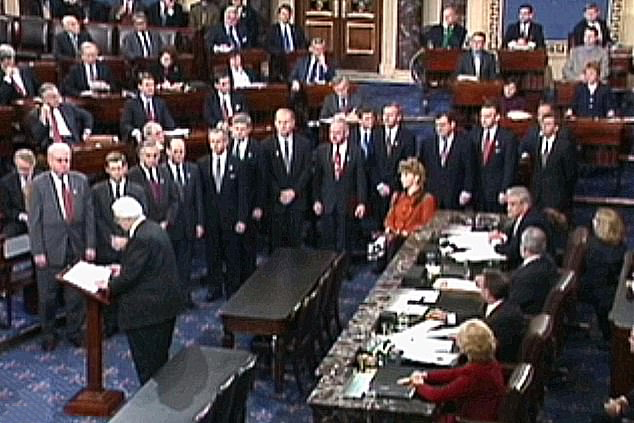 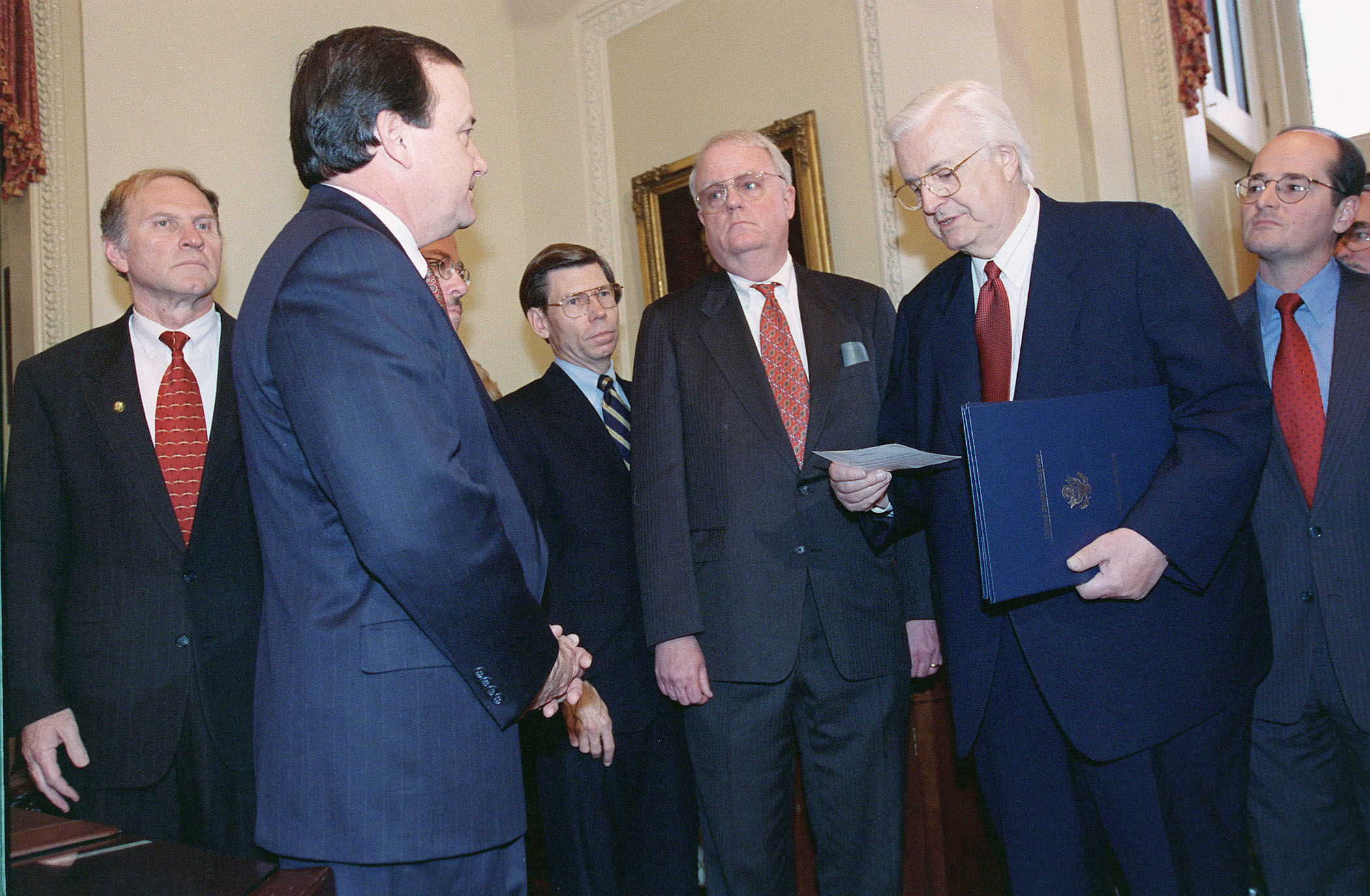 The ceremony is expected around 5pm after the Democrat-majority House rubber stamps the move to boot Mr Trump from the White House.

It ends months of uncertainty over whether the president's opponents will press ahead with the bombshell trial – which could serve only to help his re-election in November.

First, Speaker Nancy Pelosi has to name her impeachment "managers" – members of the House who will lead the "prosecution" on charges of abuse of power and obstructing Congress.

According to arcane rules, the House votes then notifies the upper chamber it has appointed managers, and the Senate responds it is ready to receive them and "exhibit the articles of impeachment".

Next, the Clerk of the House Cheryl Johnson and the Sergeant at Arms Paul Irving will lead the impeachment managers in procession across the Capitol, passing under the elaborately painted Rotunda beneath the giant dome, to the doors of the Senate.

There the managers will deliver a bound copy of the documents to the Secretary of the Senate, Julie Adams.

The Senate's Sergeant at Arms Michael Stenger will cry out "Hear ye! Hear ye!" and warn assembled senators to be quiet.

He will say: "All persons are commanded to keep silence, on pain of imprisonment, while the House of Representatives is exhibiting to the Senate of the United States articles of impeachment against Donald John Trump, president of the United States."

One of the managers then reads the articles in full from the well of the Senate chamber, before the whole team retreats.

The ritual has been performed only twice before – the last time in 1998 before Bill Clinton's impeachment trial.

Then, the moment of history was recorded by a photographer and witnessed by journalists, but this time authorities are allowing only one video camera to be present and there will be no audio.

Washington reporters are furious at a security crackdown – claimed to protect senators – which they say limits public access to the historic event.

The second part of today's ceremony involves the swearing in of Chief Justice John G. Roberts Jr, who will preside over the trial.

The judge will them ask each of the 100 senators – who will decide the case – to swear the same oath.

They will raise their right hands and say: "I solemnly swear that in all things appertaining to the trial of the impeachment of Donald John Trump, president of the United States, now pending, I will do impartial justice according to the Constitution and laws: So help me God."

Each senator must then step forward and sign a book attesting to the oath.

The trial itself is expected to begin on January 21, with senators sitting each afternoon until they reach a verdict.

A two-thirds majority is needed to convict the president. 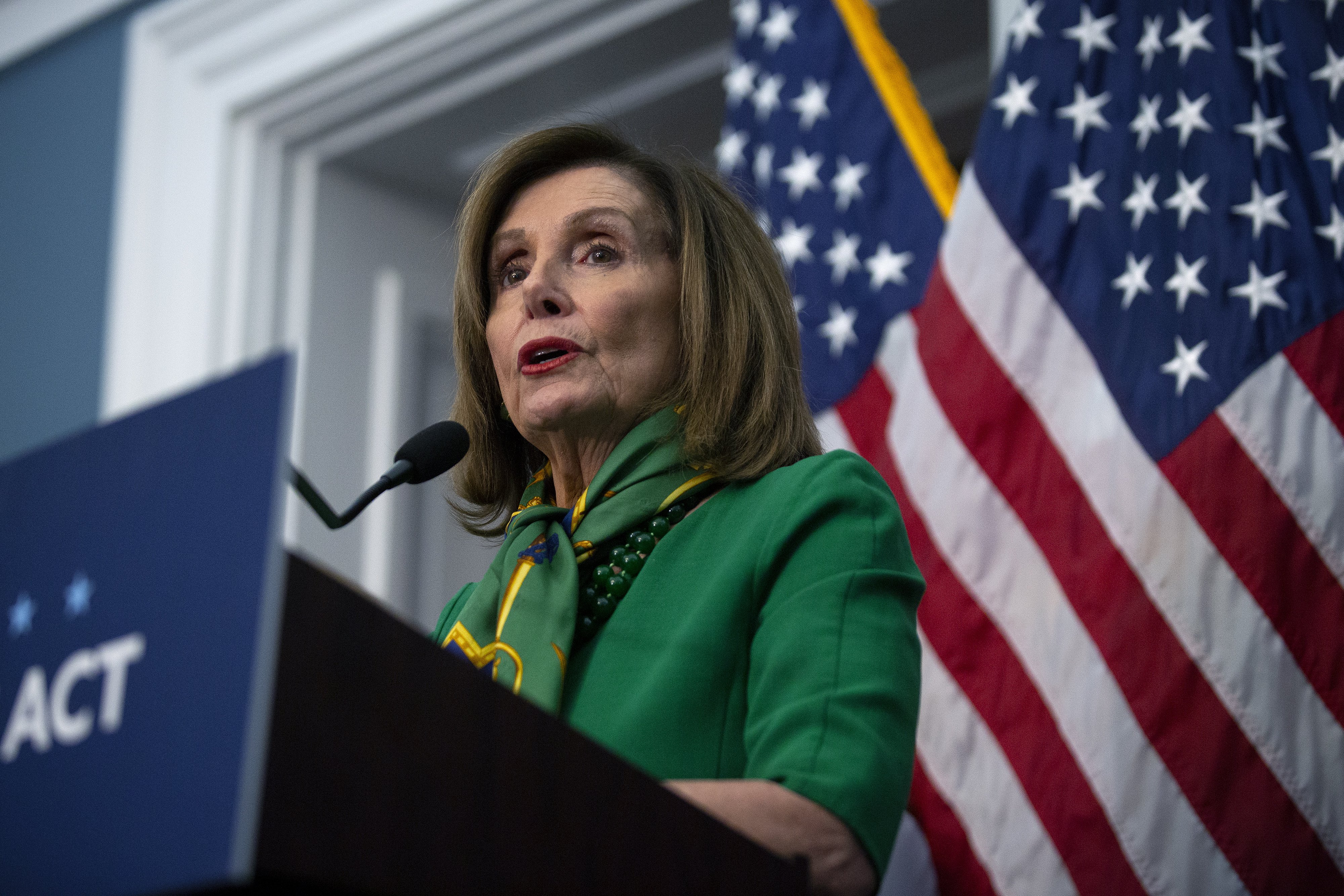 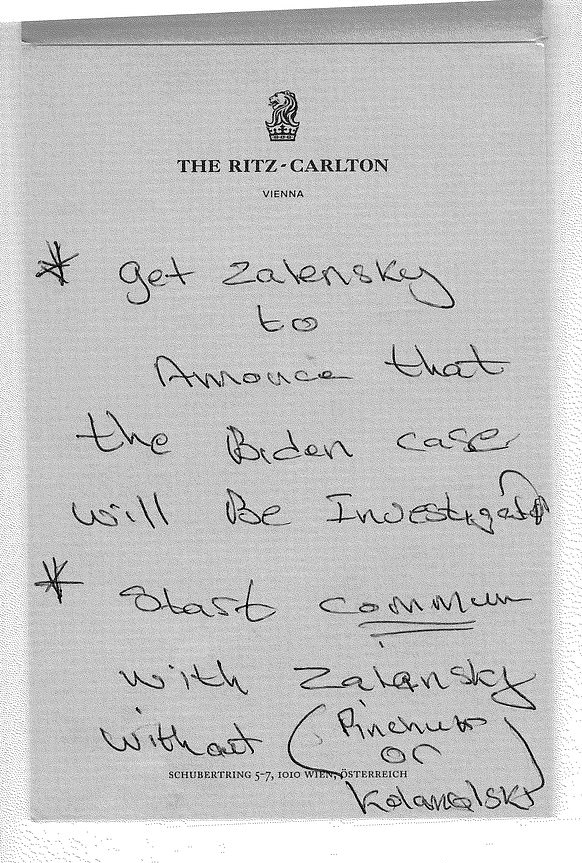 Republicans hold a 53-47 majority in the Senate are are widely expected to acquit him.

But the trial will be a blockbuster event and could include embarrassing testimony from his own aides.

It is claimed Mr Trump threatened to withhold $400m of military aid from Ukraine unless it announced a corruption probe into his 2020 rival Joe Biden's son.

Former security adviser John Bolton has likened Mr Trump's pressure on Ukraine to a "drug deal", according to his deputy's sworn testimony which is likely to feature.

The chairmen of four House committees demanded full disclosure from the White House, saying: “There cannot be a full and fair trial in the Senate without the documents that President Trump is refusing to provide to Congress.”

“The president and the Senators will be held accountable.”

The House voted to impeach Mr Trump on December 18 after weeks of congressional hearings into claims from a CIA whistleblower.

The charges allege he abused his power by putting pressure on Ukraine's president for political gain and that he blocked Congress from investigating the matter.

It is not yet known if Mr Trump will choose to speak at his trial.

But the prospect of a long trial bogged down by procedural argument threatens to overshadow his State of the Union address on February 4, when he was hoping to boast of being exonerated.

It could also spill into the start of the Democratic primaries. 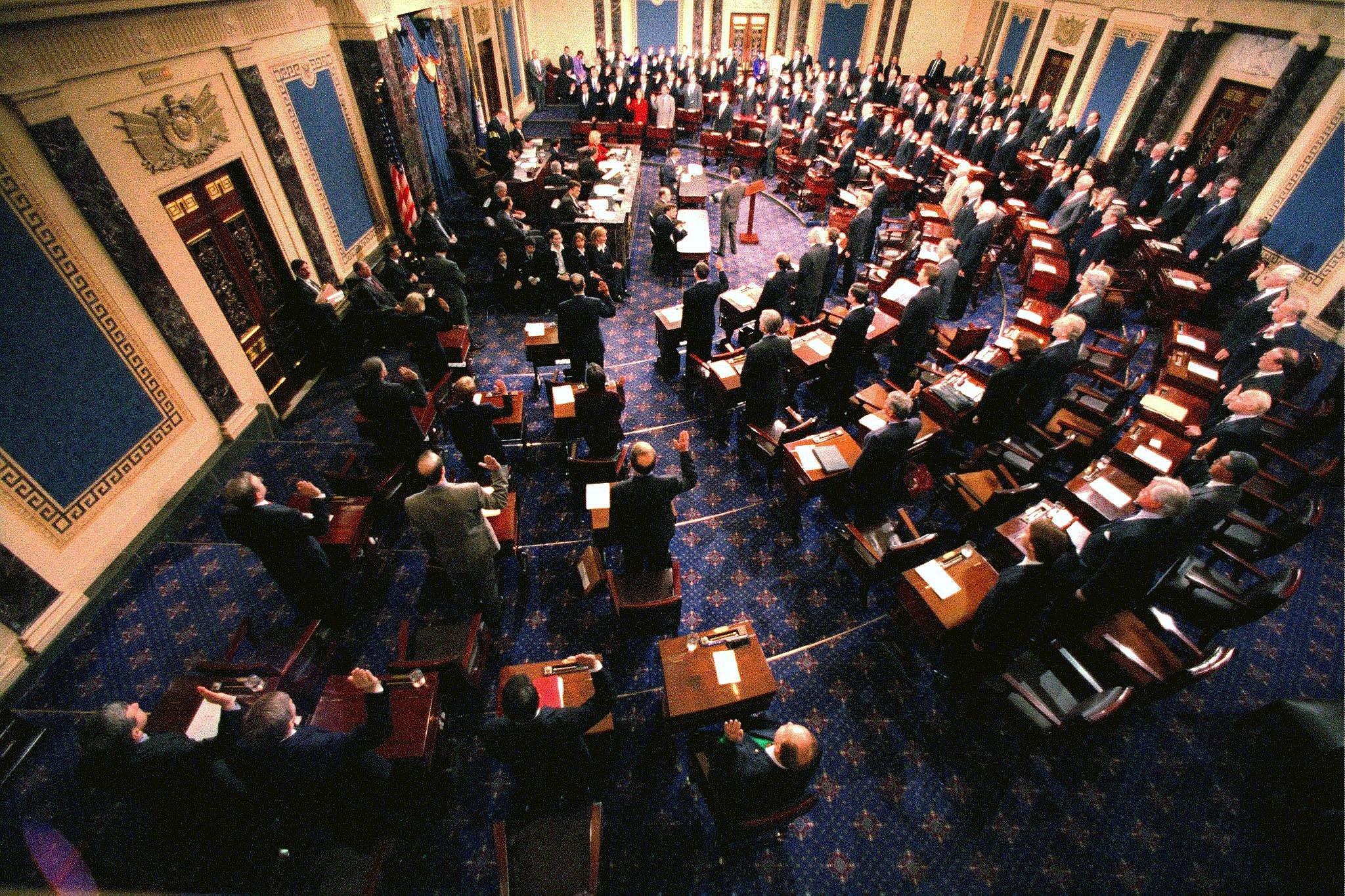 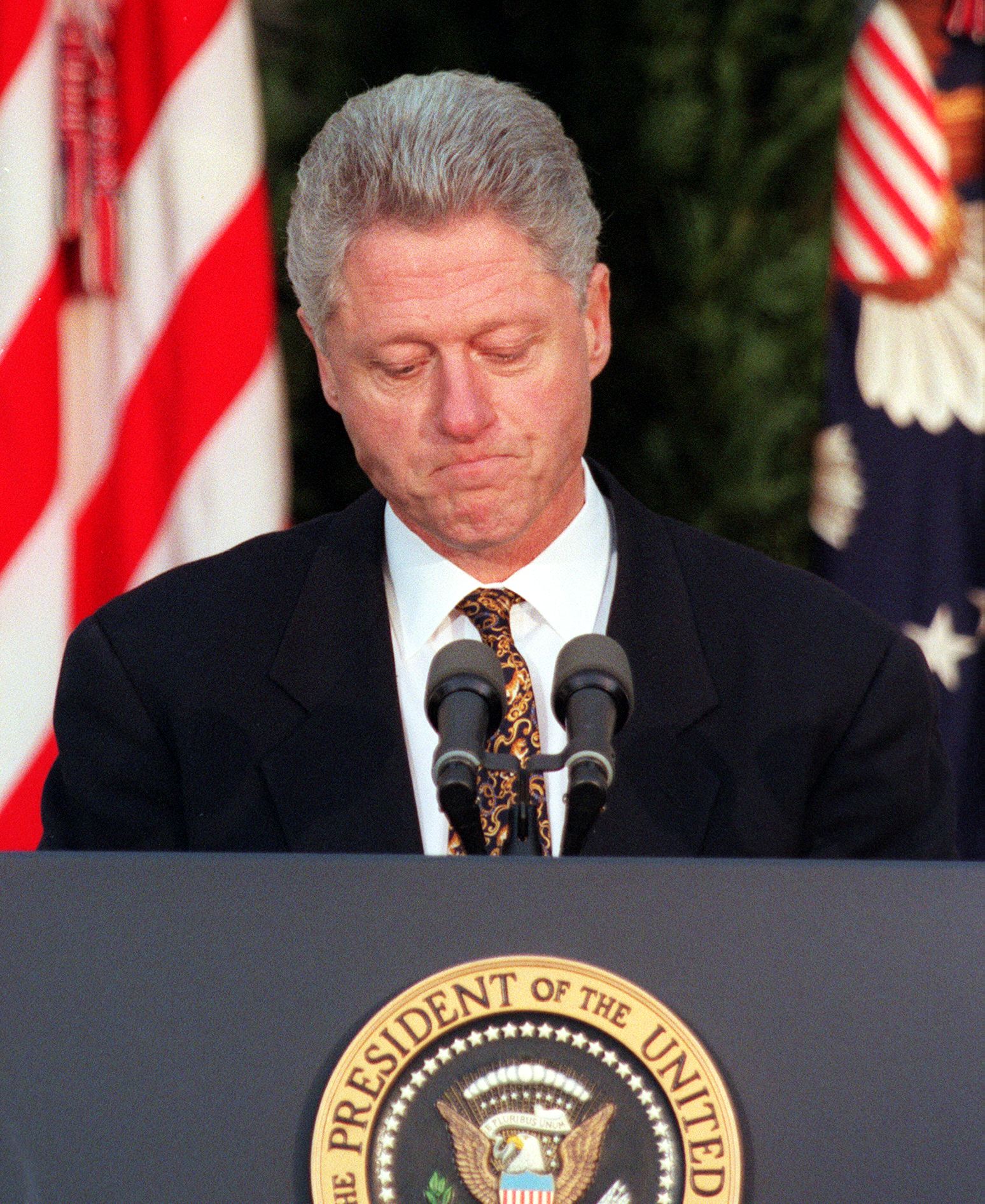