FORTY of Britain’s brightest, best and most promising rock and metal bands performed over the weekend in a bid to help revive the country’s live music industry – and they did it for free.

Enter Shikari, Frank Carter & the Rattlesnakes and Bullet For My Valentine headlined the three-day Download Pilot – a government test event to analyse the impact and transmission of Covid, if any, among a 10,000-strong crowd of punters. 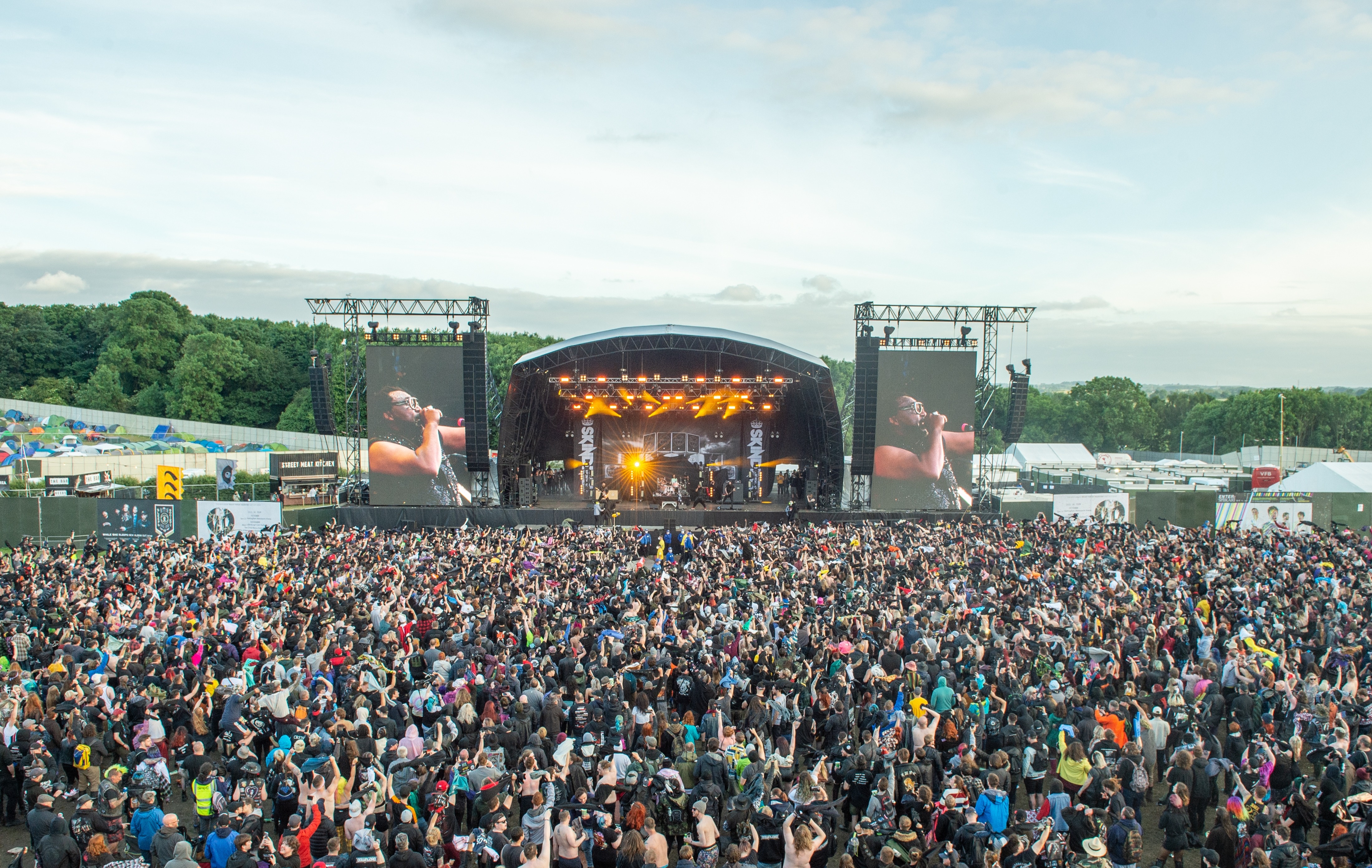 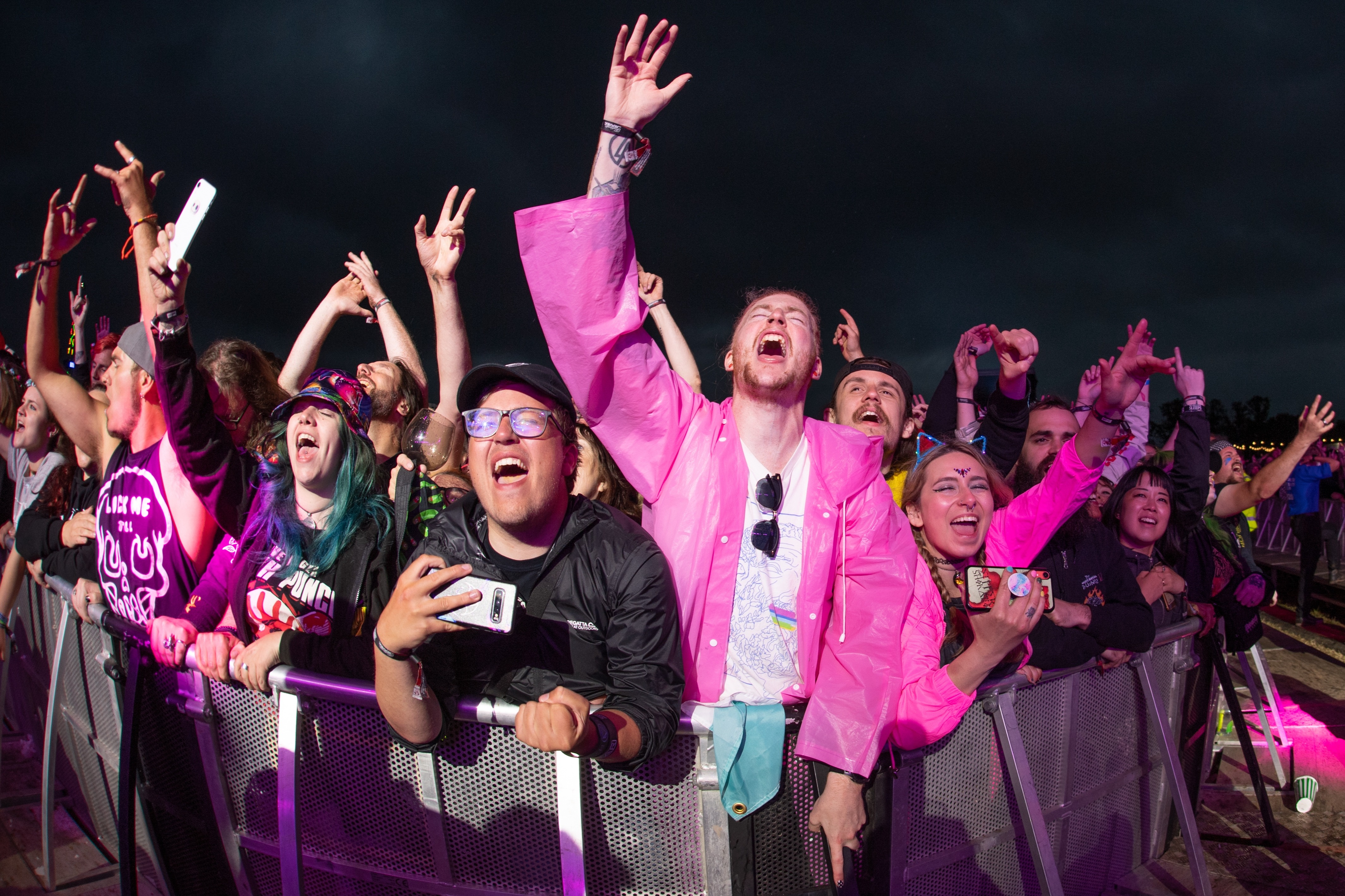 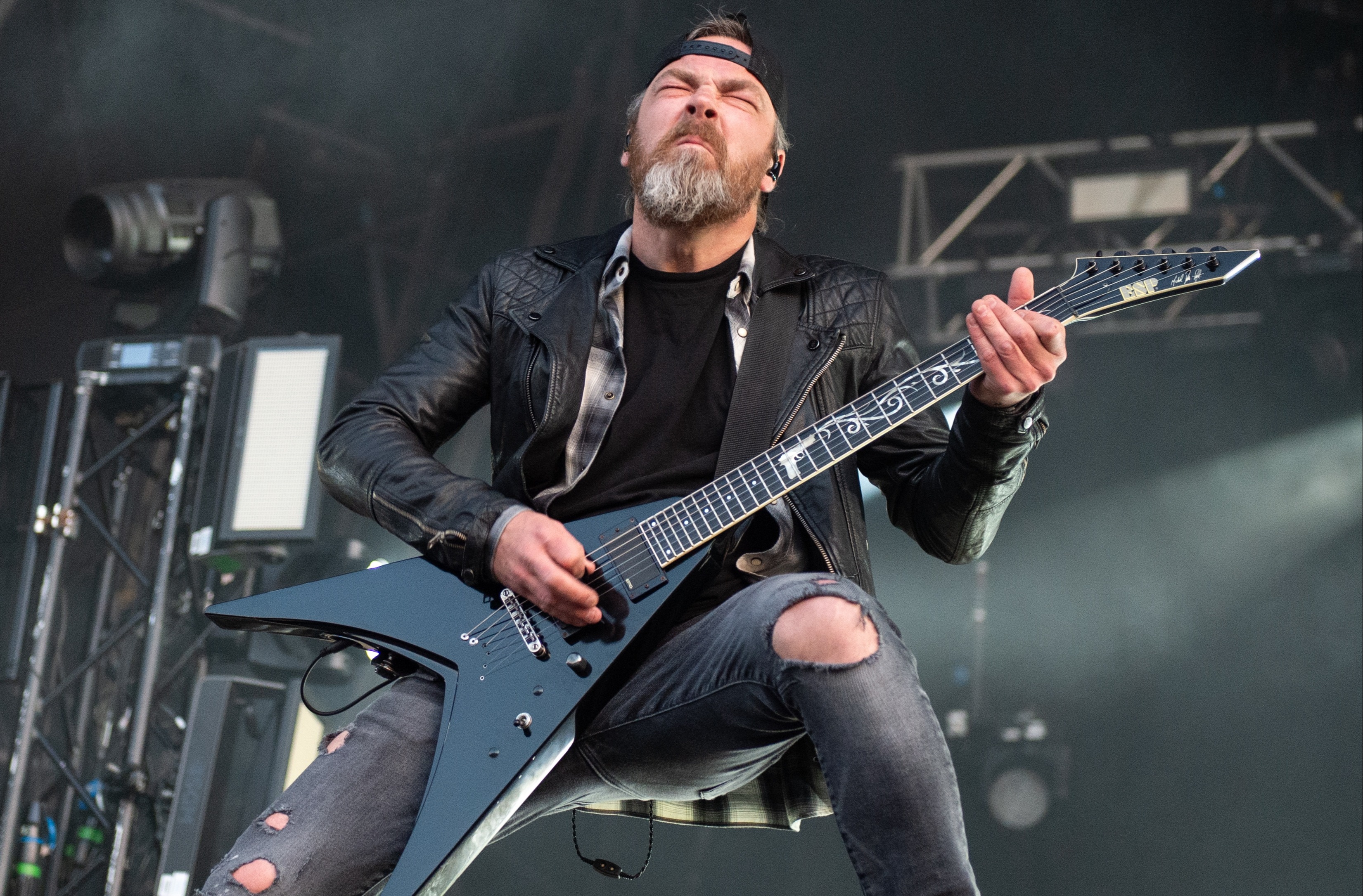 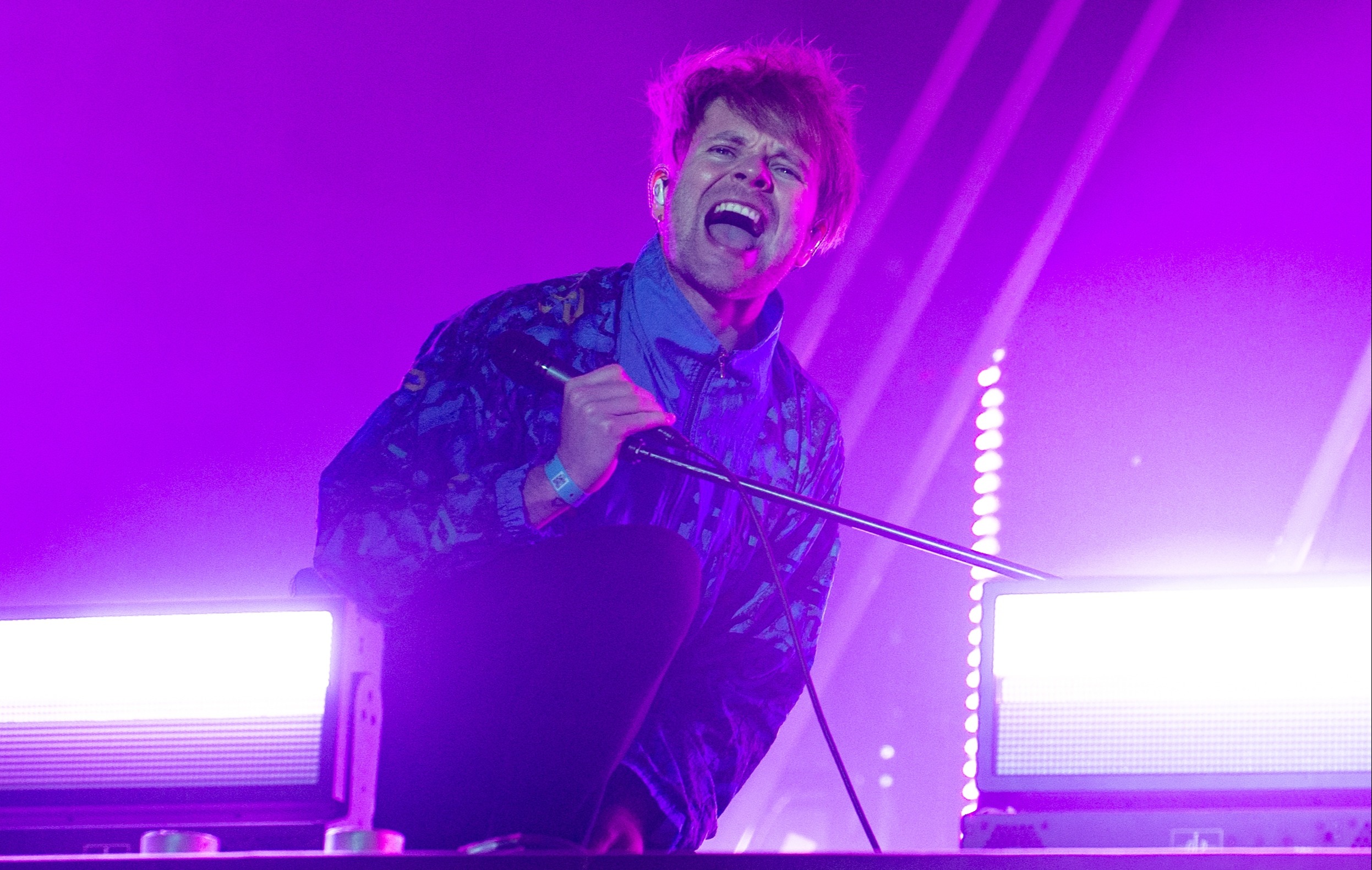 But for others lower down on the bill, it was the chance to play at a major music event for the first time.

And for the crew – the sound technicians, lighting guys, security, builders, catering and so on – this was a desperate lifeline after the pandemic destroyed their day-to-day work.

Asked about the swell of goodwill to get the event on, Andy Copping, Download Festival’s booker and a 30-plus-year stalwart of the industry, said: "None of the bands are getting paid for this, you have to remember that. For them, this is a chance to be part of history.

"All these bands can say they have been a part of something that will help the music industry get back on its feet and they and all the crew and all the people working on site have been absolutely unbelievable."

Andy and his team usually work two years or more in advance planning and booking their line-ups for Download Festival to take into account various bands’ album and touring schedules.

For this Pilot, they had three weeks. 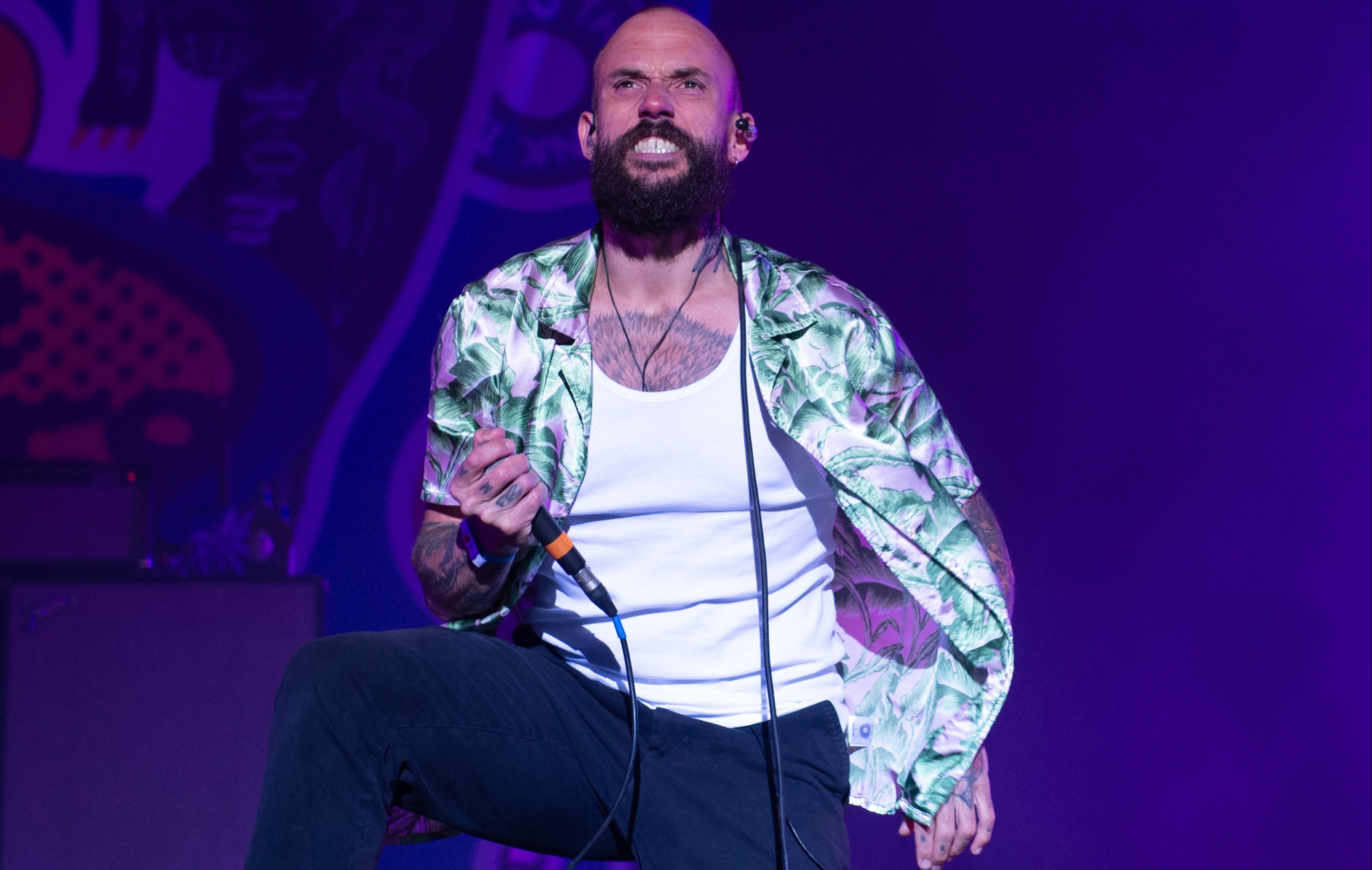 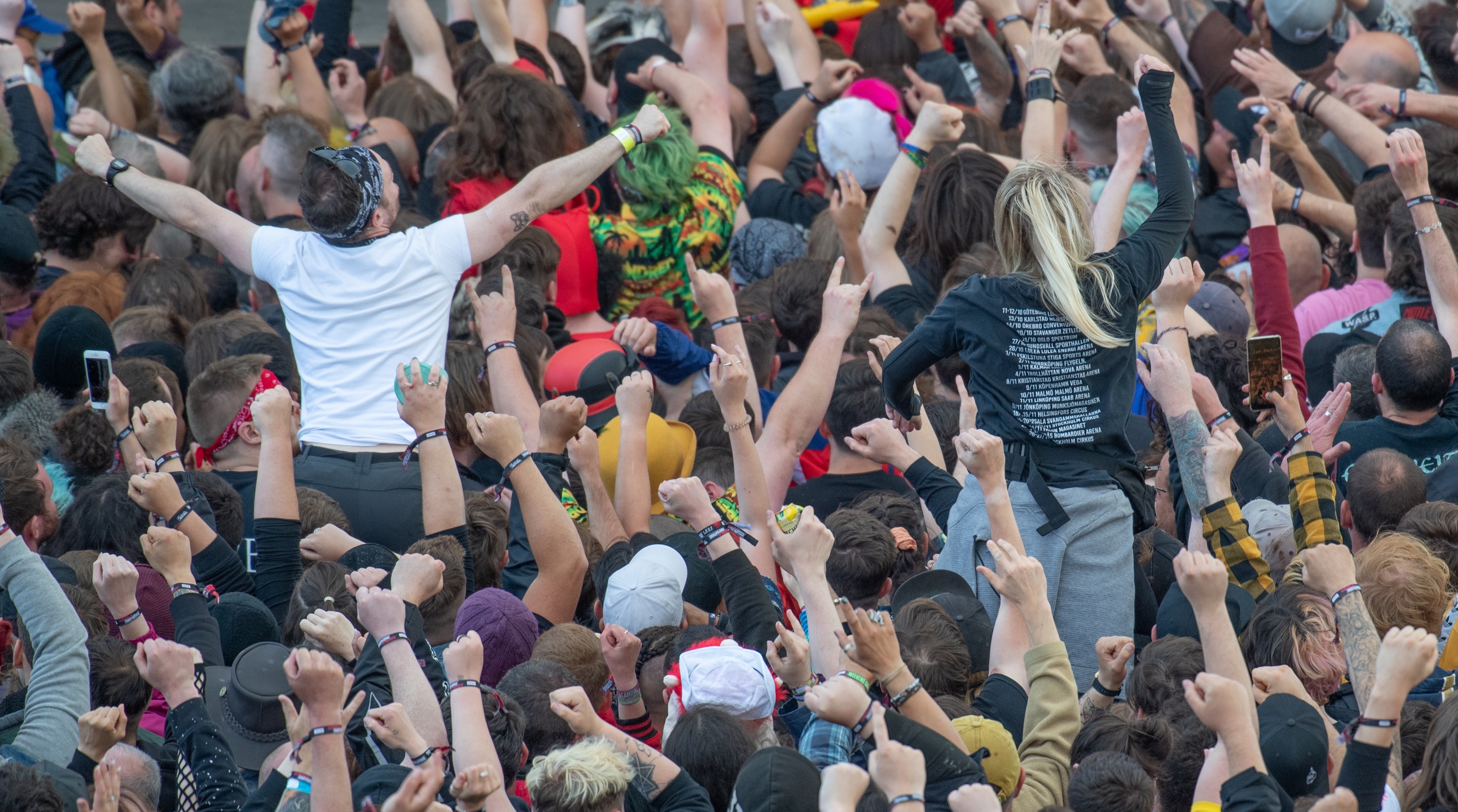 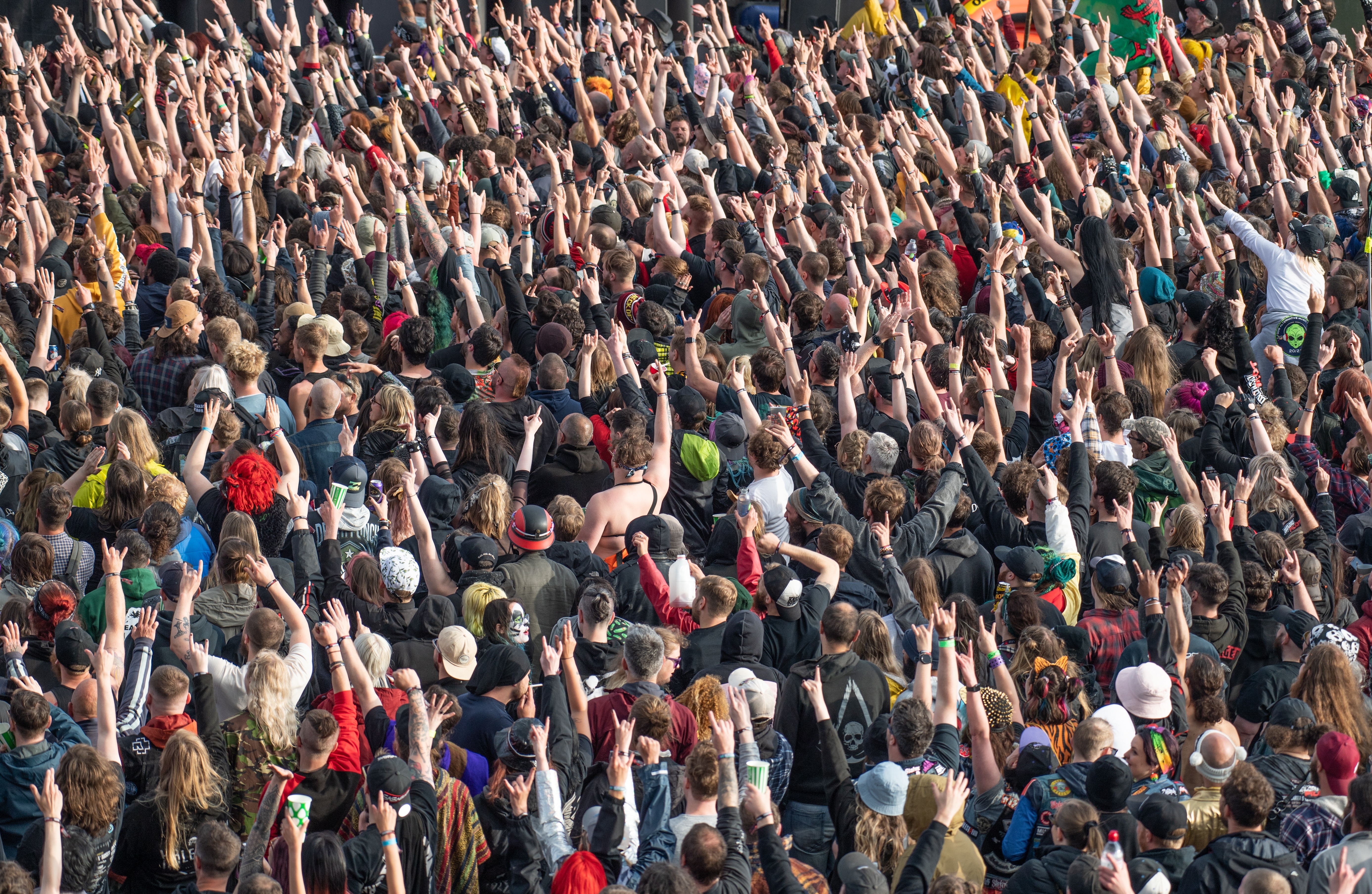 "When I was first approached, I thought it was an impossible task," admits Andy, wearing his trademark white cowboy hat as we talk in his office space backstage at Donington Park, Leicestershire.

"But then we started putting a list together of bands we wanted. There are 40 bands playing… I think we spoke to 43 or 44.

"Those who couldn’t do it had perfectly legitimate reasons like they had studio time booked or a band member or two out the country, but everyone else came, God bless ‘em.

"We made the call to Enter Shikari and they came back to us within an hour to say yes. And once you have a band like Enter Shikari on board, then it’s like a domino effect and you get Frank Carter and then you get Bullet [For My Valentine] and Frank Turner and so on."

With a much scaled down event, both are very noticeable across the weekend that also saw the likes of Skindred, Frank Turner & the Sleeping Souls, Creeper and Neck Deep on the bill.

A main Download Festival will bring in more than 100,000 fans over the three days to watch 70-plus bands across four stages. For the Pilot, there are 10,000 watching 40 bands on two stages. 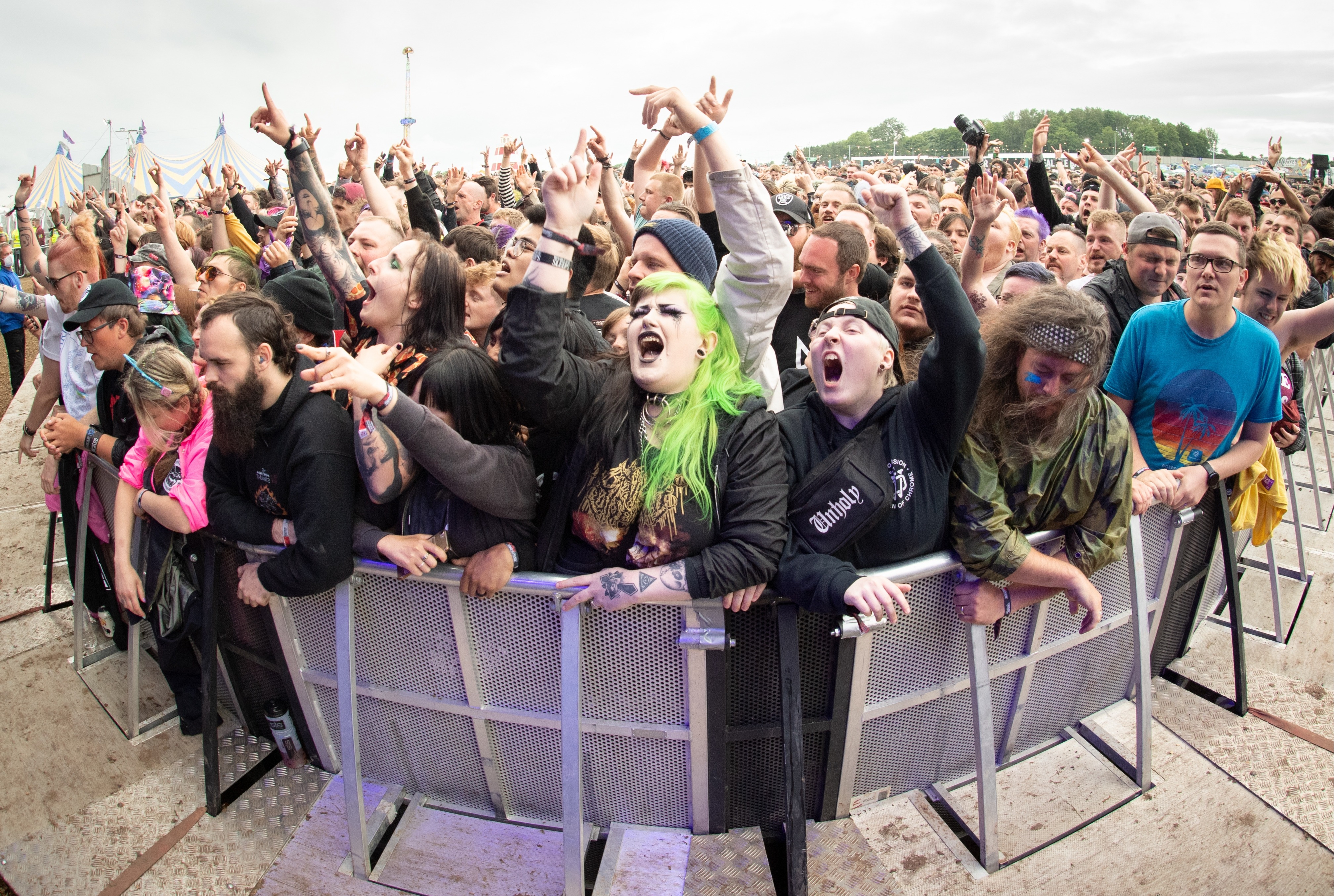 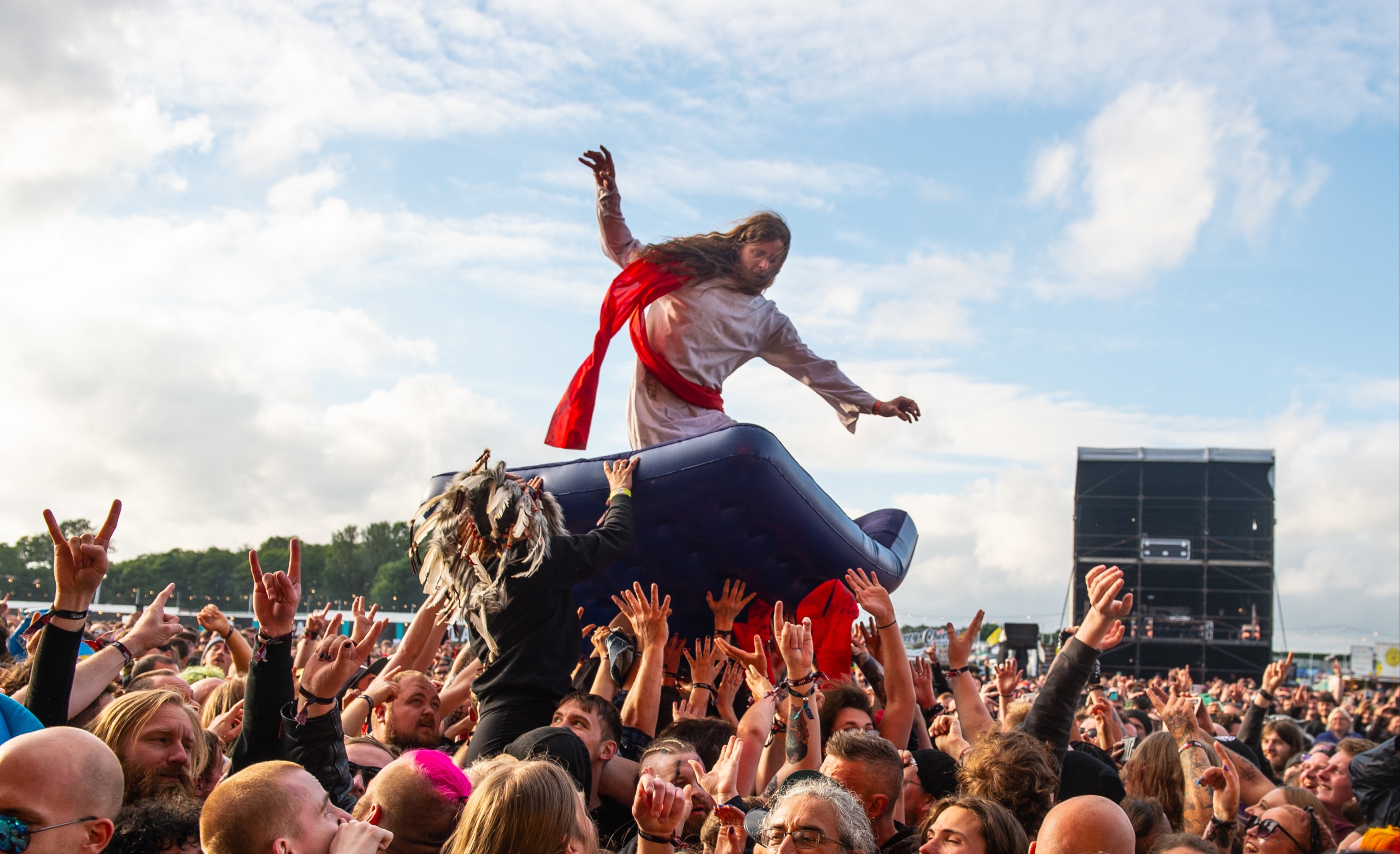 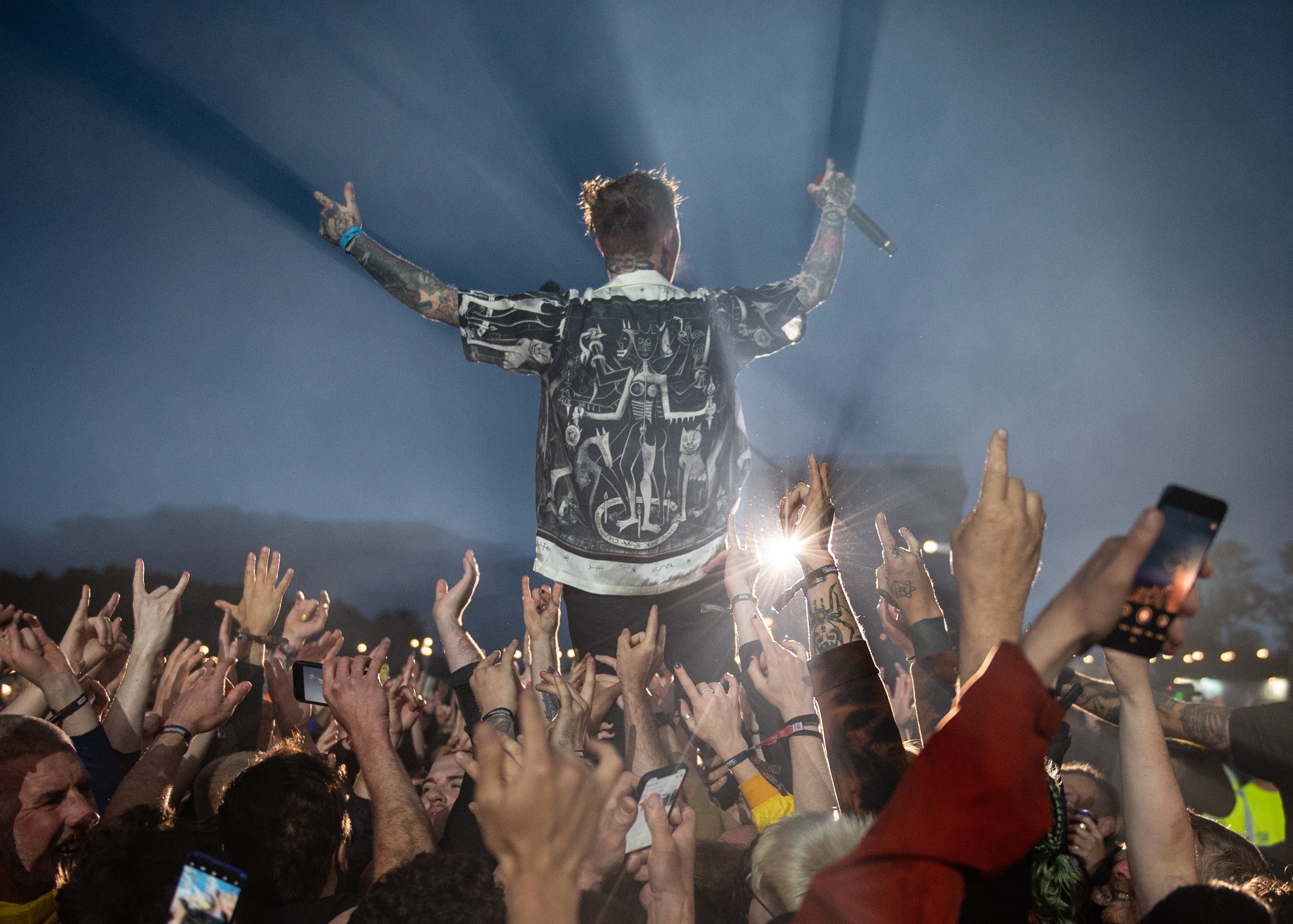 And with set times staggered so there are no overlaps, the crowd shuffles between the stages and everyone performing gets a good crowd and warm reception.

"This is the biggest audience I’ve ever played to," said Josh Taylor excitedly.

The frontman of Manchester band The Hara ended their Second Stage set early on Saturday afternoon in just his boxers after succumbing to crowd pressure. It was also the band’s first UK festival appearance.

But even for more experienced performers like Rou Reynolds of Enter Shikari – a band that formed in 1999 and has played Download half a dozen times since their first appearance in 2006, along with countless other festival appearances and headline tours – this was something special.

He and his bandmates took several long pauses during their blistering headline set on Saturday night to take in the moment and the emotion of being back on stage.

And it meant a lot to the festival-goers, too.

"Just having these few days of going back to what it was like pre-Covid – talking to new people, standing next to people, seeing their faces – has been such a lift for me mentally," said Chris, 26, from Leeds, who was at the festival with his girlfriend Natalie, 23. 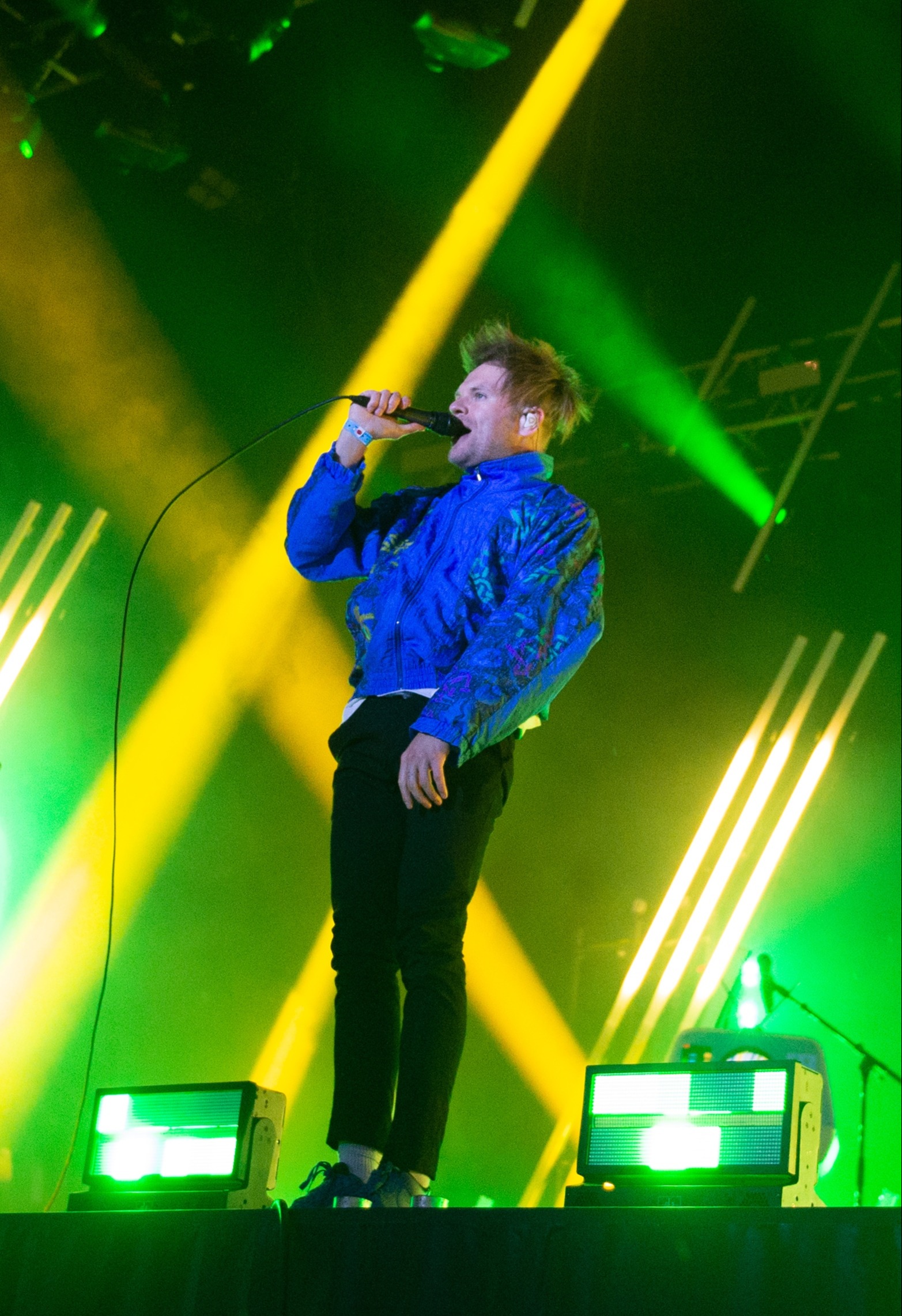 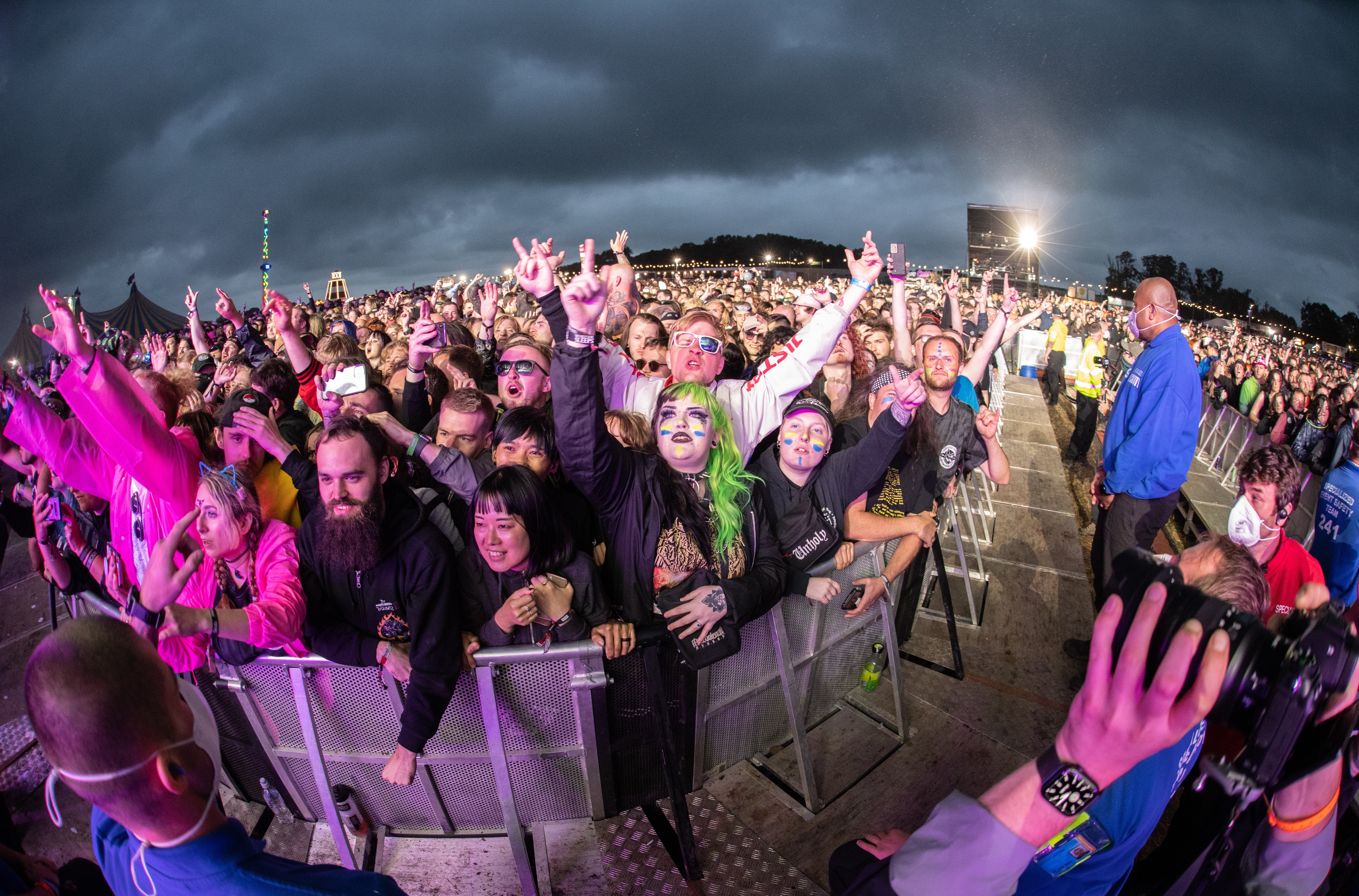 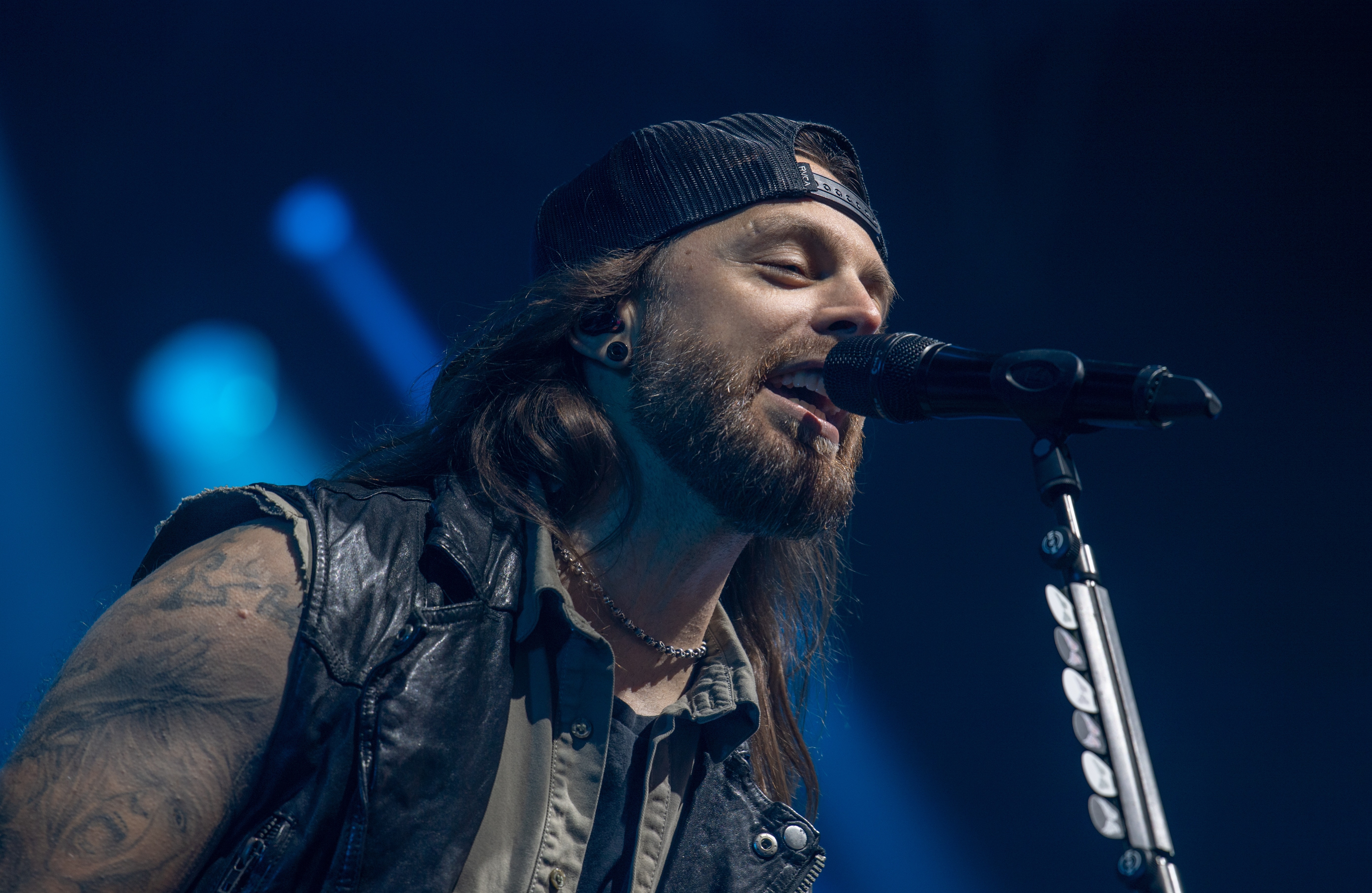 "It was a bit weird at first," he adds. "But within half an hour or so everything just seemed normal and just like before the pandemic. It’s been so great."

"Uplifting," Natalie adds. "Like, you can see the light at the end of the tunnel shining even brighter."

Having provided a negative Covid test before their arrival, like their fellow festival-goers, Chris and Natalie spent the weekend camped at Donington Park – the "hallowed ground" of the annual Download Festival and home before that to the legendary Monsters of Rock.

And for Andy Copping, it provided the perfect audience to make the test event a success.

He told The Sun: "When I was asked to put this on, I knew the Download fans would be the most compliant in taking the necessary tests and so on because they really want to be here.

"There’s a lot of mainstream interest in this event which rock and metal doesn’t usually get. Yes, some of them may look a bit scary but Download fans are a really great bunch.

"They are so, so friendly and the nicest people and they just want to have fun, watch live music, talk about music with other fans, discuss new bands they’ve been listening to.

"And you see them out there and they’re like Siamese twins, all in together, all in the mosh pit and you can tell they’re just so relieved to be back.

"You can tell that all the Download fans and all the bands have had the absolute time of their lives."