THIS is the dramatic moment armed cops snare a hoax suicide bomber with a cigarette after he threatened to blow up a police station.

Footage released today shows cops swooping in and wrestling Jayesh Thanki, 46, to the ground after they offered him a cigarette. 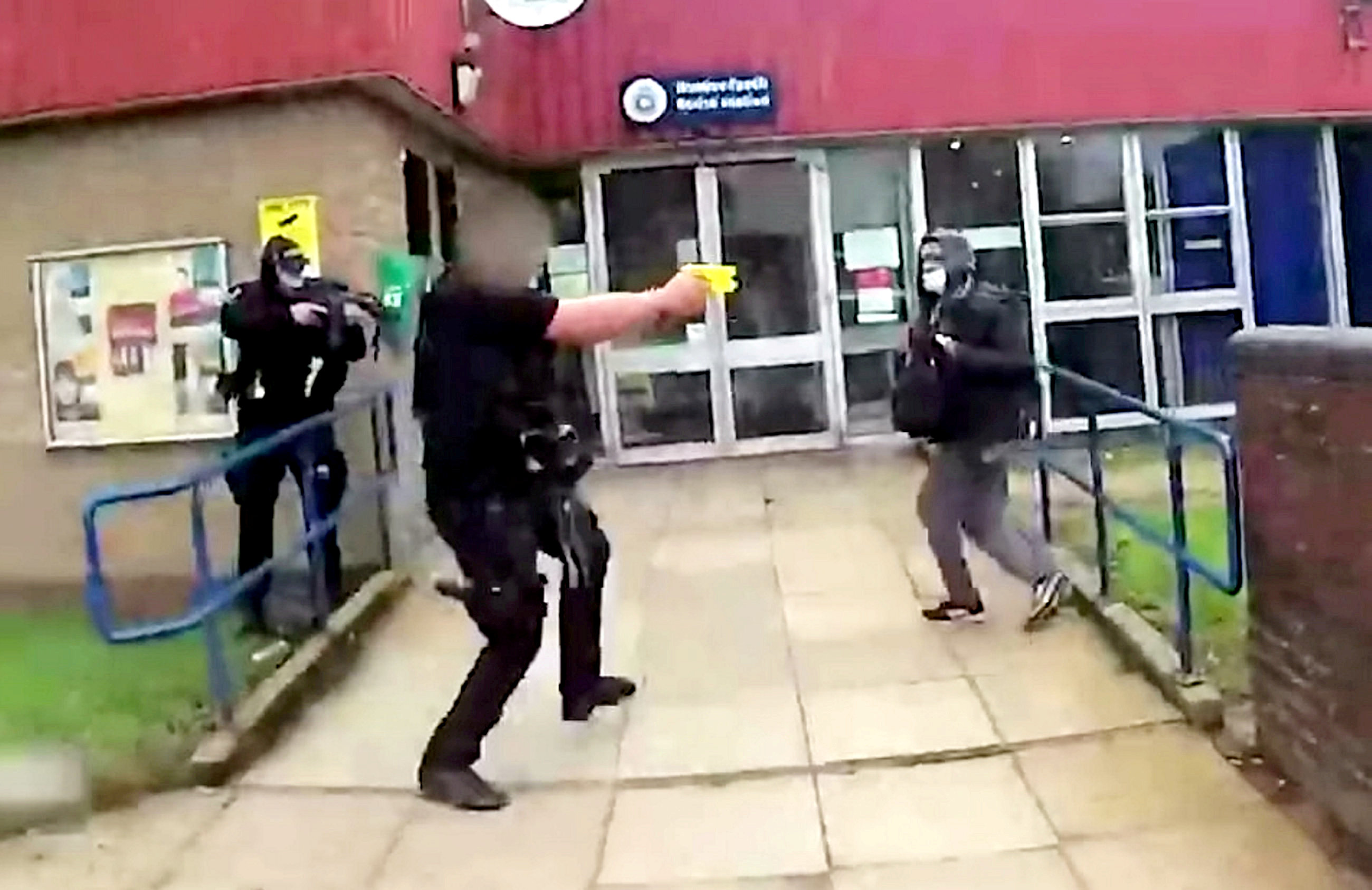 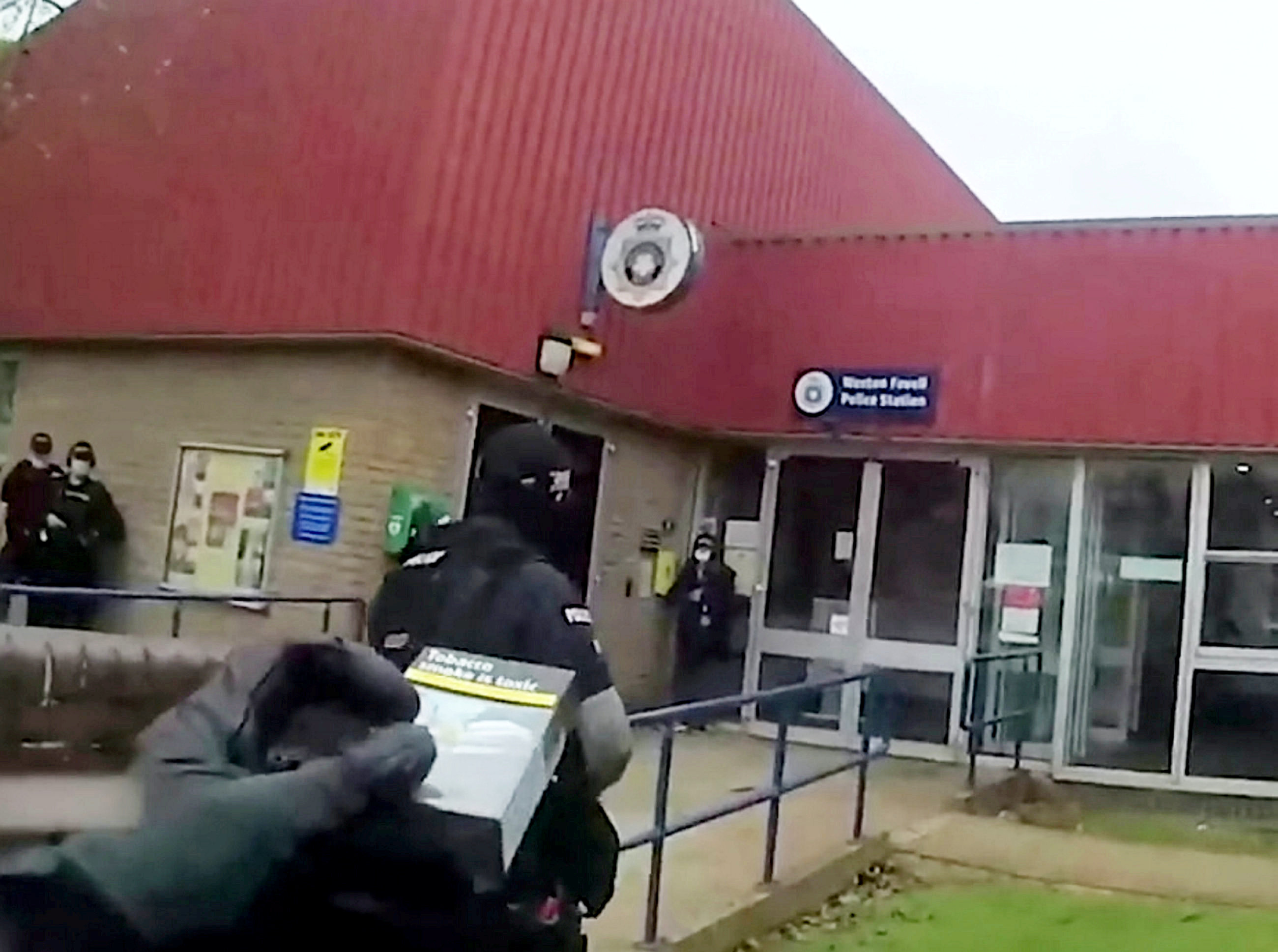 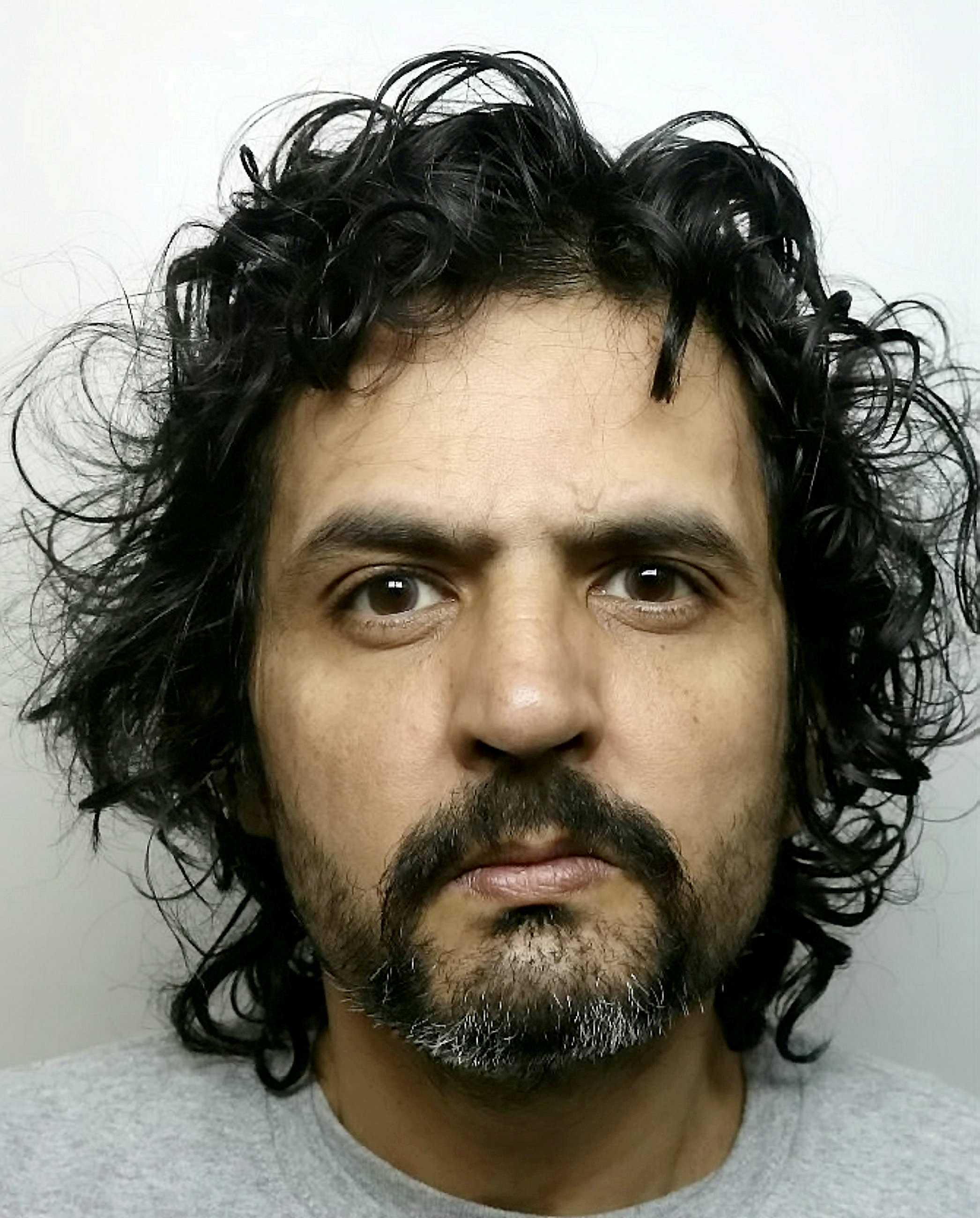 Thanki turned up at Weston Favell Police Station in Northampton following an argument with his mum and chillingly claimed "I've got a bomb in my bag."

The building as well as nearby houses were evacuated as Thanki, who was wearing a rucksack, claimed to also be holding a detonator for an explosive device.

Footage shows officers armed with assault rifles turning up outside the station to bravely confront the thug.

One officer can be heard calmly telling him "put down the bag buddy, so we can talk to you" while his gun is aimed at the suspect.

After distracting him with the offer of a cigarette, officers then drag Thanki to the ground before arresting him.

The bag was later found to contain only clothes.

Earlier that day, Thanki had threatened and abused a 999 call handler and told them he was going to blow up the police station.

In audio footage released by Northamptonshire Police, he can be heard telling the operator: "I've got a bomb in my bag… bomb, B-O-M-B, a bomb!"

Northampton Crown Court heard Thanki flipped after arguing with his mum because she had kicked him out of her home and he blamed police for his eviction.

Thanki, of Northampton, admitted making a bomb hoax and making malicious communications and was jailed for three years last month.

Sentencing, Judge Adrienne Lucking QC said: "Anyone looking at you would have thought in view of the rucksack and what you said that you really were a suicide bomber and that must have been absolutely terrifying in that moment."

She added that his actions were a result of him "wanting to gain police attention" after having had "an argument with his mother earlier that day".

The court heard eight officers armed with rifles and nine more with tasers had rushed to the station after the hoax call was made.

Superintendent Jen Helm, head of Operational Policing at Northamptonshire Police, said: "This incident had the potential to be incredibly serious, and our officers had to balance and assess whether it involved someone with mental health issues or could be a genuine bomb threat.

"In negotiating with, approaching and apprehending Thanki, our officers showed immense bravery and courage, and demonstrated the value of their extensive training.

"They remained calm and composed in challenging circumstances to bring matters to a swift and peaceful conclusion, and are a credit to our Force.

"This incident illustrates the risks all police officers face on a daily basis as they fulfil their pledge to fight crime and protect people."