DRAMATIC footage shows the moment a rapper was detained at gunpoint by armed police while filming a music video.

Isacc Reilly – known by the stage name Debe – was filming scenes for a new track when he noticed an unmarked BMW X5 behind him at in Northampton. 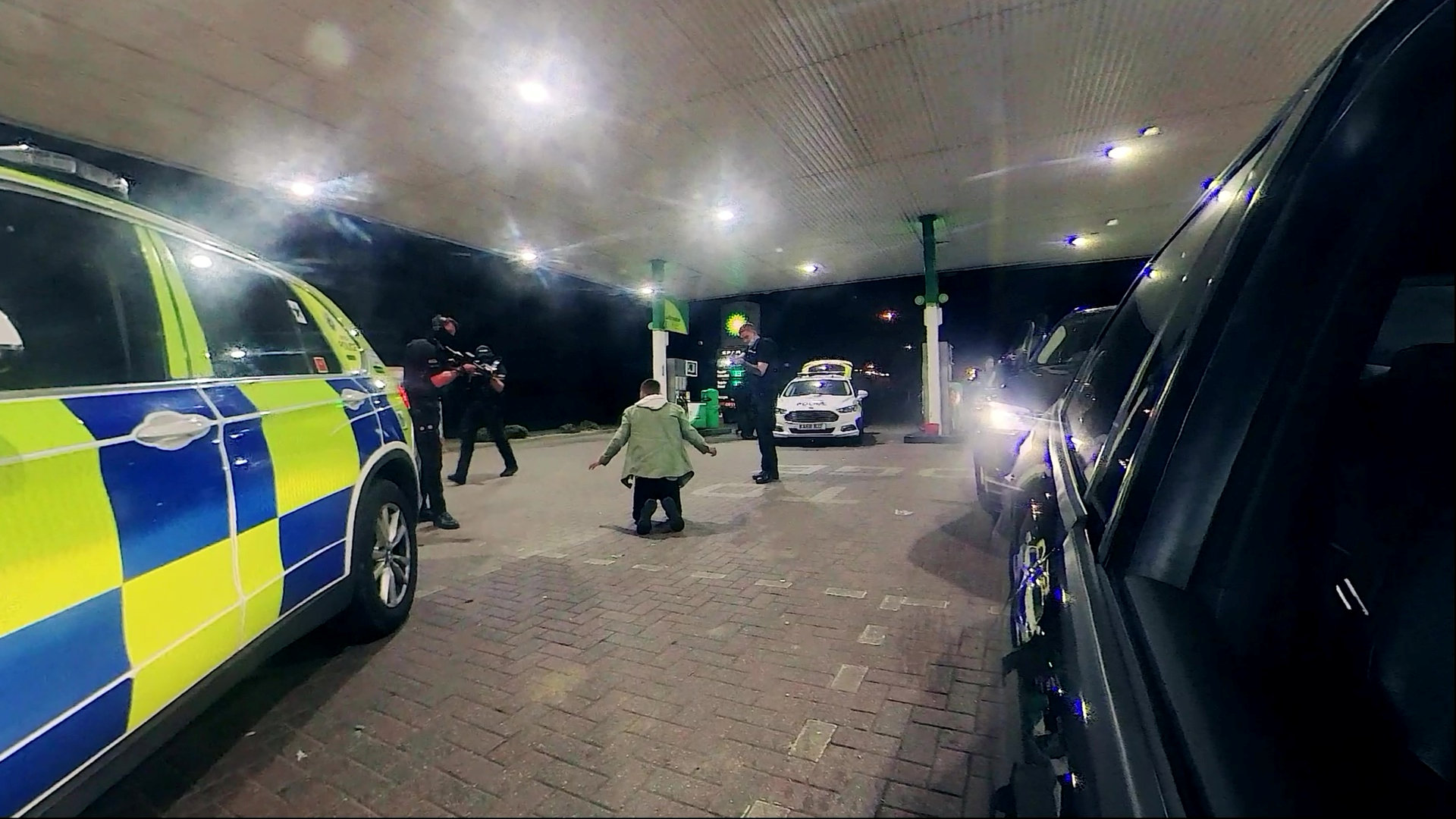 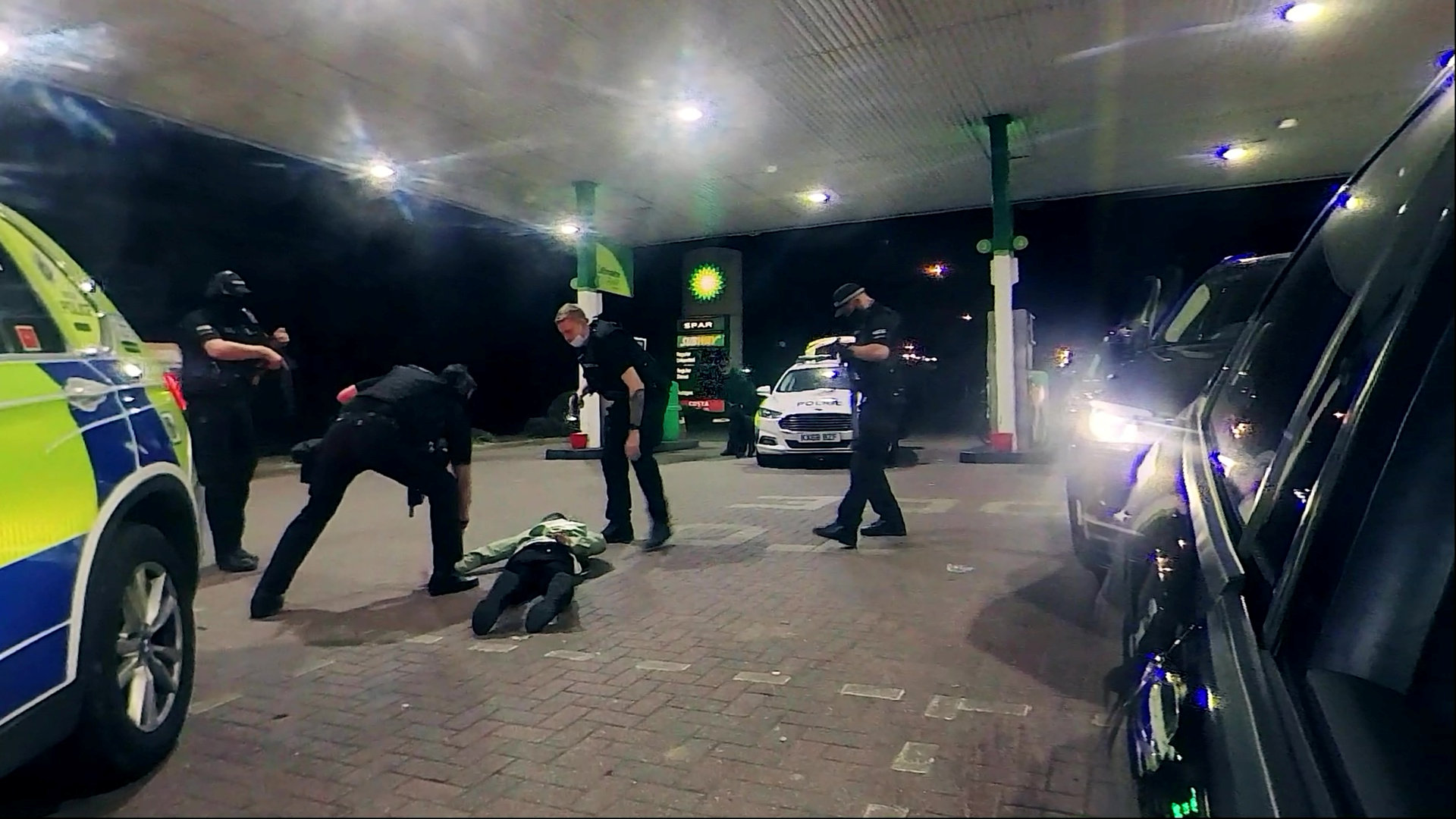 Fearing he was being followed by police, the 25-year-old pulled over into a nearby petrol station.

Isacc said "five or six" police cars then "came out of nowhere" before armed officers leapt from their vehicles and pointed their weapons at him.

He now thinks police mistook his 360-degree camera – attached to the driver's side of his black Audi A3 – for a gun.

The camera stayed rolling throughout his shocking 1am interaction with the cops on Thursday.

In the footage, the rapper can be seen calmly getting from his vehicle and complying with the officers before they ordered him to the ground and handcuffed him on the forecourt.

Northamptonshire Police confirmed they searched the vehicle after being called to reports of a firearm being spotted but no weapons were found. 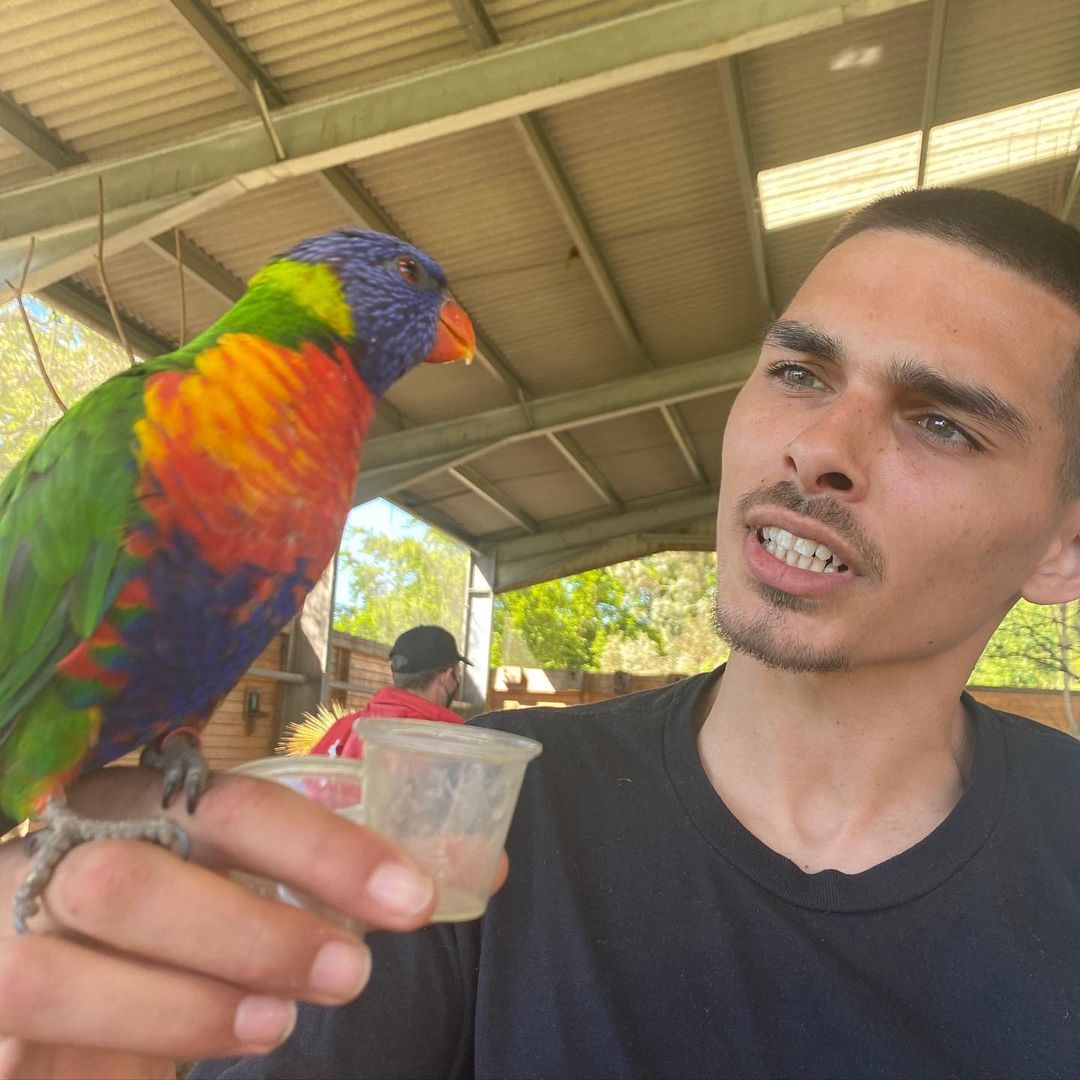 Dad-of-one Isacc said he believes officers must have mistaken his new camera for a gun as he filmed the final scene for an upcoming music video.

He said: "We were trying to get this last shot perfect and we were thinking of calling it a night when I noticed this car behind me.

"I drove up and down the road a few times and it kept following me so I was pretty sure it was undercover police."

Isacc described how up to six police cars suddenly screeched up around him, and ten officers brandishing guns jumped out.

A man who the rapper thought was filling up his car with petrol also turned out to be a police officer, who whipped around with a gun.

Isacc added: "They were all coming out of the woodwork. There was a guy filling up his car and he turned out to be armed police, too.

"I tried to keep cool because there was no other way. I was then just telling him I was taking my seatbelt off and that I'm not grabbing nothing.

"The ordered me to the ground and told me to put my hands behind my back despite one of the officers standing on my hand, which you can see in the footage.

"They asked me what we were doing, asked about my background. I told them I was shooting a music video.

"They kept us handcuffed for about 25 minutes while they stripped down the car and obviously found nothing. They made a right mess of my car and just left it.

"They must have thought the camera was a gun and the officers also said they were told the driver was handcuffed.

"But it was a dog chain I had around my wrists as part of the scene we were filming for the video, I wasn't chained to the steering wheel at all. 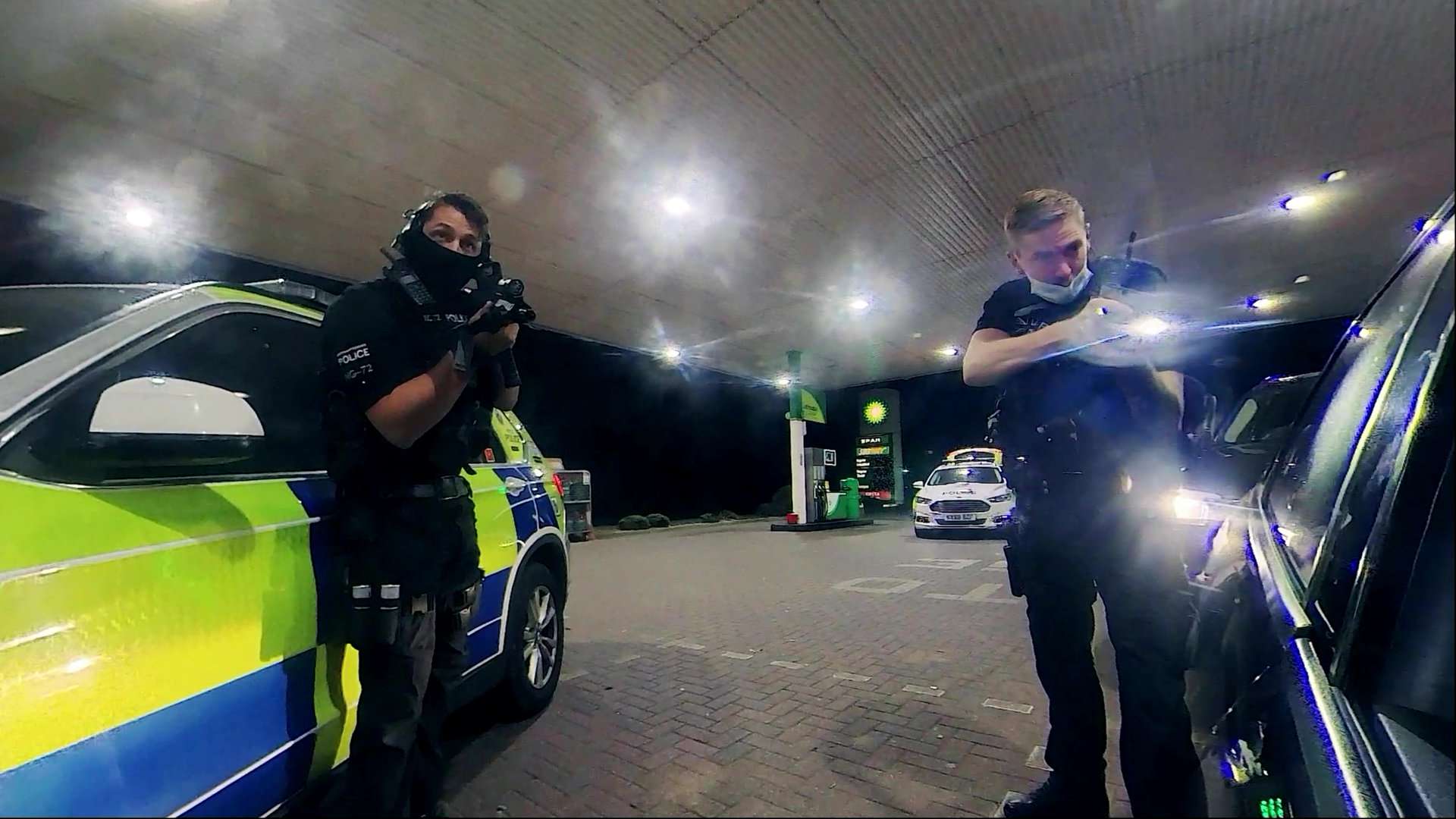 Isacc says he will now use the footage of cops surrounding his car with their weapons trained on him in the video for this new track which is fittingly called "Not Cops."

A Northamptonshire Police spokeswoman said: "We received reports from members of the public that a firearm had been seen in a car which was travelling on the Wellingborough Road with the driver's hands chained to the steering wheel.

"We deployed and stopped the car at Westbridge – it was searched and there was no firearm.

"The occupants were filming a music video."