A professional racing driver has demonstrated how he steers powerful racing cars around the track with one foot after losing both arms in an accident at 19.

Impressive footage shows Bartosz Ostalowski, 34, from Skórka, Zgierz County in Poland, competing in a race using one foot on the wheel and the other on the pedals, along with a shoulder-operated gear selector.

The footage, which was taken on August  1, shows Ostalowski burning tyre rubber as he takes part in drifting, a professional sport that requires rapid gear changes and repetitive handbrake use to slide the car round a track.

Bartosz Ostalowski, 34, from Skórka, Zgierz County in Poland, uses his feet to operate the pedals and steering wheel after losing both arms in an accident at 19 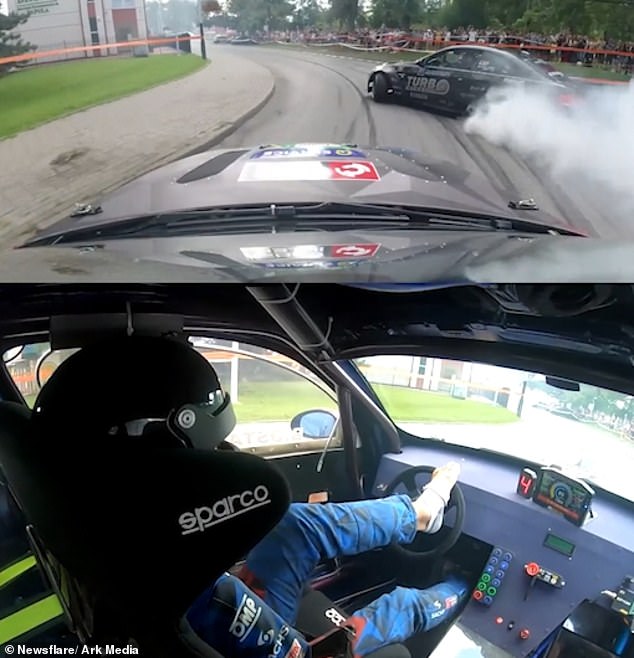 Footage also shows Ostalowski driving his own Mazda vehicle in Poland using his feet with ease.

In August 2006, his world turned upside down after he was involved in a horrific motorbike accident, which resulted in him losing both arms above the elbows.

Although the future of his driving career looked bleak, he didn’t give up and decided to prove everyone who said he would never make it wrong.

Ostalowski said: ‘It was a huge shock. My world fell apart.

‘All my life, I had done everything to become a professional driver. My studies were supposed to help me too.

‘I wanted to gain knowledge and experience in car construction. Suddenly everything lost its sense,’ he said in an interview wp.pl. 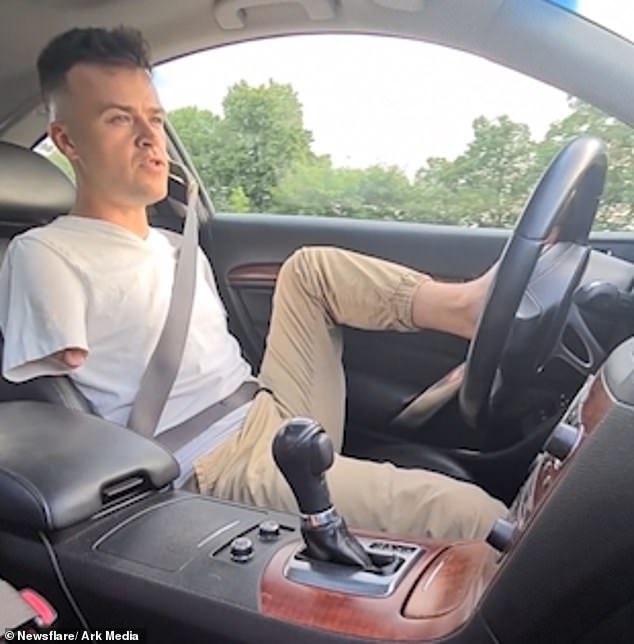 When Mr Ostalowski was just 19, he was involved in a horrific motorbike accident, which resulted in him losing both arms above the elbows 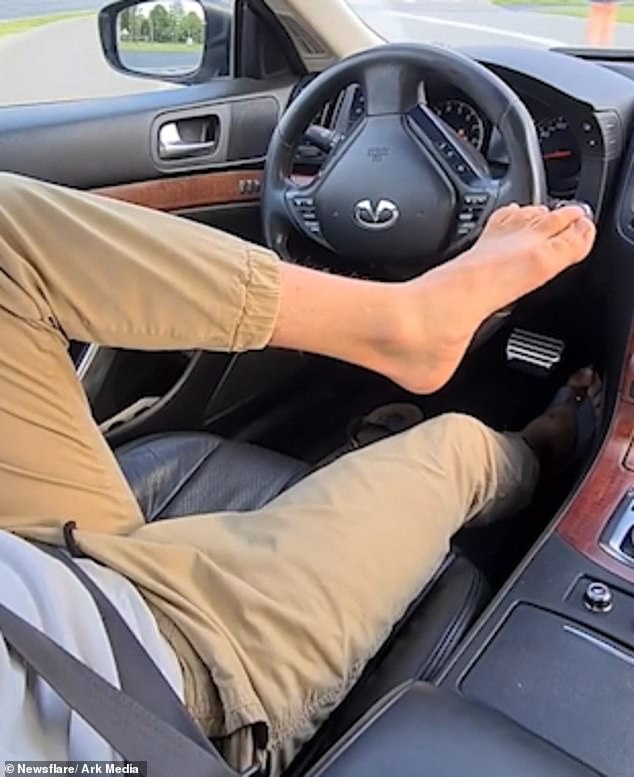 The professional driver can change gears with a manual system by using special paddles, which Mr Ostalowski and his team developed together

Mr Ostałowski has since won multiple competitions including Automotive Influencer of the Year.

Bartosz’s manager, Sławomir says he is an ‘inspiration’ to many people because he doesn’t ask for special treatment.

Sławomir said: ‘Bartosz inspires many people. It shows that the impossible does not exist and never gives up.

‘Other drivers admire Bartosz, but treat him as an able-bodied competitor and fight him under equal conditions.’

According to his website, Ostałowski has an ‘international FIA racing licence and successfully competes on equal terms with skilled drivers in the Polish Drifting Championships and European leagues.’

It also reads that he ‘proves the impossible does not exist and inspires others to overcome their own barriers.’

course, drifts, driver, round, usi
You may also like: