Motorists are being hit with a record 30,000 parking tickets a day – despite ministers promising to crack down on ‘cowboy’ operators.

Shocking figures reveal ruthless private companies issued 2.7 million tickets to drivers between April and June – or one every three seconds.

It means the parking firms are on track to issue demands for up to £1 billion in fines this year. And the figures apply only to car parks run by private firms, not councils.

Ministers last night faced renewed calls to get tougher on ‘pirate’ firms causing misery for millions of motorists amid the cost of living crisis and sky-high fuel prices.

It comes after the Government withdrew key parts of a long-awaited code of practice aimed at protecting drivers from ‘cowboy’ operators. Ministers caved in after parking firms launched a judicial review of the proposals, which included slashing the maximum fines from £100 to £50.

Along with plans to ban debt collectors from hounding motorists who do not pay within a time limit, this looks unlikely to go ahead. The number of tickets issued has soared 50 per cent in a year, rising from 1.8 million in the same three-month period in 2021. 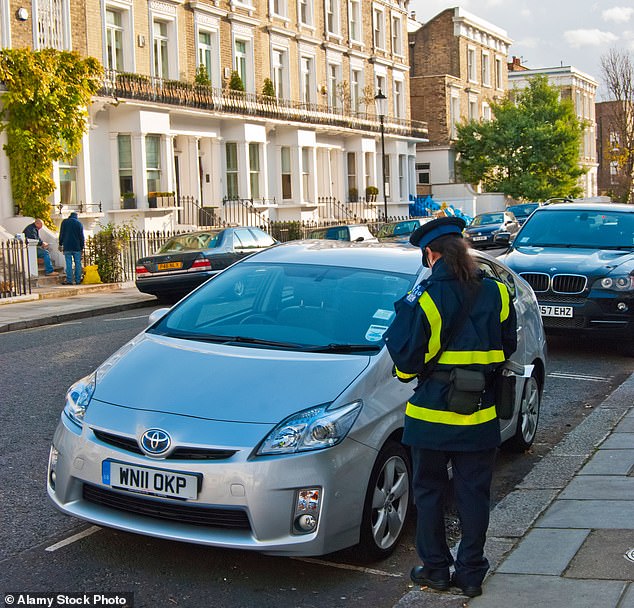 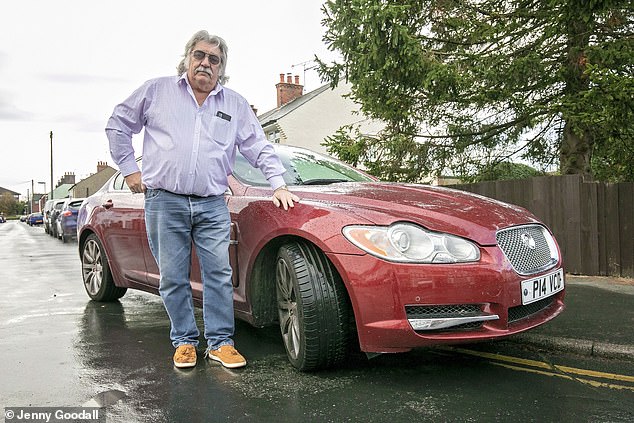 Alan Dyer (pictured), 71, from Dunstable, Bedfordshire, was issued with a ticket by APCOA Parking after parking at Leagrave Station while taking his granddaughter to hospital in London 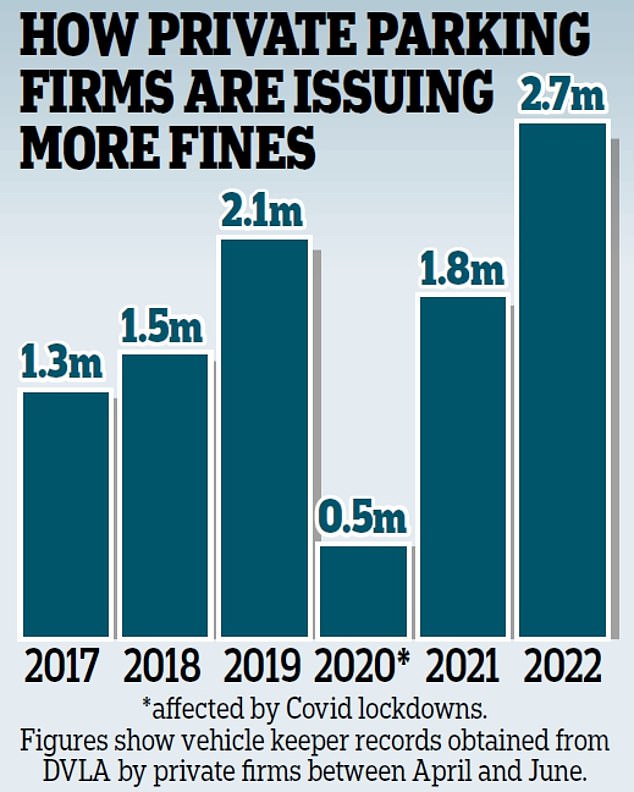 With fines capped at £100, private firms are on course to issue demands for up to nearly £1.1 billion worth of fines.

Analysis by the RAC Foundation also found the number of parking firms has grown by a sixth over the past year, from 151 to 176.

Motorists have been waiting years for the code of practice, details of which were announced in February, amid complaints of bad practices such as deliberately poor signage.

A compulsory ten-minute grace period before firms can issue a fine to drivers whose tickets have expired will be implemented by the end of next year. There will be a simpler and fairer independent appeals process to give more drivers the benefit of the doubt in cases involving honest mistakes, such as keying in the wrong number plate at a ticket machine. An ‘appeals charter’ will be established to spell out motorists’ rights more clearly.

Whitehall sources confirmed officials have ‘conceded’ to parking firms’ arguments on capping fines and banning debt collectors. The firms said the legal case for the measures was not strong enough.

The Government is now consulting more widely on the measures in the hope the legal case can be strengthened and they can go ahead.

But it means parking firms look set to rake in bumper profits from fines on motorists for some time. 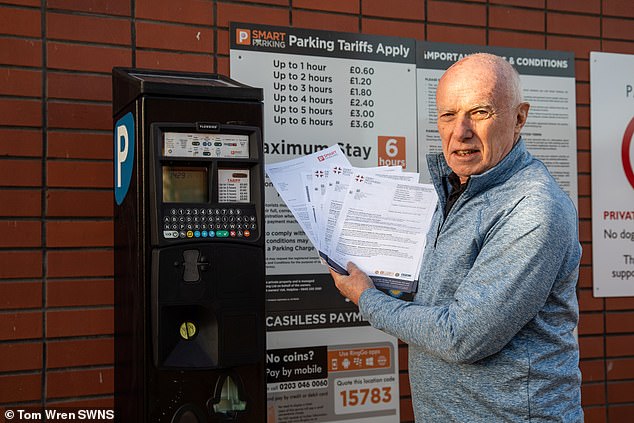 Whitehall sources confirmed officials have ‘conceded’ to parking firms’ arguments on capping fines and banning debt collectors (file photo of Dennis Payter, 74. who refused to pay a fine after he was issued a parking ticket even though he had paid and displayed – but accidentally input the incorrect licence plate number last year)

Jack Cousens, head of roads policy for the AA, said: ‘Private parking companies are acting like pirates, plundering innocent drivers of their well-earned cash as they look to gather as much treasure as possible before the code of practice is fully introduced. However, the delay in adopting the code has got to the point where it is hurting motorists at a time when they really need support.’

RAC Foundation chief Steve Gooding said the figures exposed how the ‘Wild West’ private parking industry was ‘booming’. He added: ‘Three and a half years after they were legislated for, the Government still isn’t using the powers allowed under the Parking (Code of Practice) Act 2019 to transform the world of private parking and make it a much fairer place.

‘This latest data is a sign of a system that is broken. We hope the new ministerial team in charge of this part of public policy will tackle it with renewed vigour.’ 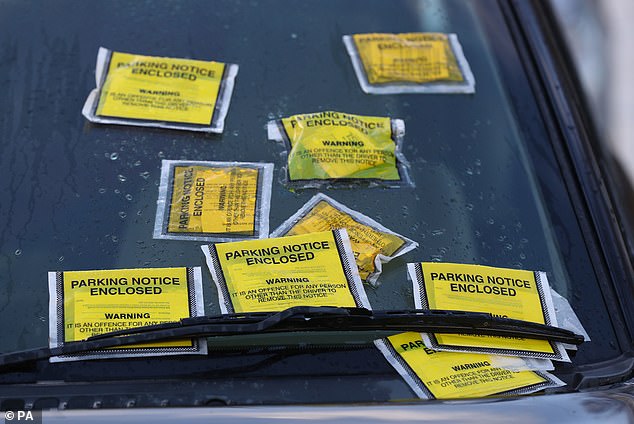 ‘Private parking companies are acting like pirates, plundering innocent drivers of their well-earned cash,’ said Jack Cousens, head of roads policy for the AA (file photo of parking notice fixed penalties attached to the windscreen of a car)

The country’s biggest parking firm, ParkingEye, was the most active, buying 521,000 records between April and June from the DVLA in order to issue fines.

The RAC’s head of roads policy, Nicholas Lyes, said: ‘These figures clearly demonstrate why a new code of practice is so desperately needed, alongside a single independent appeals system.’

Alan Dyer, 71, from Dunstable, Bedfordshire, was issued with a ticket by APCOA Parking after parking at Leagrave Station while taking his granddaughter to hospital in London.

He was fined despite displaying a Blue Badge and permit allowing him to park there. APCOA Parking claimed its records showed his parking permit was not active until after the fine was issued. But Mr Dyer was able to prove this was wrong and the ticket was waived. He said: ‘We threatened legal action and they eventually let it go. They gave no apology, no nothing.’

A government spokesman said: ‘We recognise there has been unacceptable practices by a small number of cowboy companies. We will introduce our Private Parking Code of Practice as soon as possible to help tackle this issue.’