Follow
Home » World News » Drunk man 'suffocates girl, 3, to death by sitting on her as she slept on sofa' at her Michigan home

Drunk man 'suffocates girl, 3, to death by sitting on her as she slept on sofa' at her Michigan home

A DRUNK man allegedly suffocated a girl, three, to death by sitting on her as she slept on a sofa at her Michigan home, a court has heard. 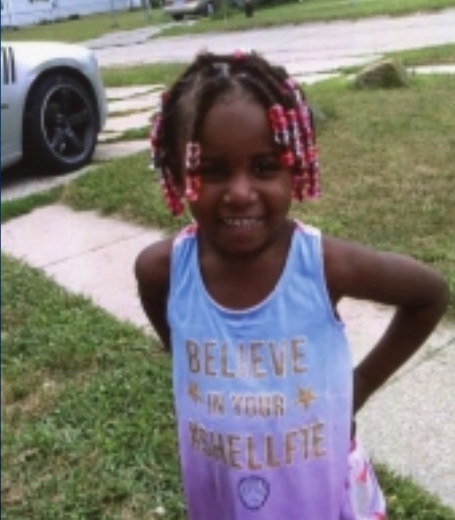 The 55-year-old was extradited from Iowa to Saginaw County to face a charge related to Paris's death, reports Michigan Live.

Paris “had a smile that lit up the room,” according to her obituary.

On Friday, July 2, Graves appeared before District Judge David Hoffman for arraignment on one count of involuntary manslaughter – a 15-year felony if found guilty.

Paris died on September 20, when Graves was visiting an apartment in Bridgeport.

It's alleged that he became drunk and sat on her while she was sleeping on the couch, say prosecutors.

A warrant for Graves' arrest wasn't issued until May 25 as prosecutors were awaiting toxicology results from Paris’s autopsy.

Paris was so sweet and energetic.

Police in Des Moines, Iowa, arrested Graves in the last week of June.

During his arraignment appearance, defense attorney John van Benschoten told the judge that Graves was homeless.

Told that Graves intends staying at the Saginaw Rescue Mission if bailed, Judge Hoffman set his bond at $85,000 cash-surety.

His case has been set for a pre-examination conference at 2.20pm. on July 9, M Live adds.

Paris's Paradise Funeral Chapel obituary says: “She was so sweet and energetic and stood out with her sandy brown hair. That is one of the reasons we called her Pear Bear.”

Paris also “loved music and most of all she loved taking selfies with her grandmother’s phone.

“Paris will truly be missed by our entire family.”

Among the many tributes was a heartbreaking one from her granny, which reads: "Pear bear Nana love you and miss you so much.

"I'm going to miss your energetic smile the way you would grab Nanny face and give me a kiss, you may have been spoiled to some you are perfect to me goodbye my birthday gift."

No charges have been issued against anyone else.