A DYING stab victim crawled along a footpath to get help after allegedly being knifed in the chest by teenagers trying to steal his scooter, locals revealed today.

The victim, in his 20s, was attacked under a bridge at a beauty spot popular with dog walkers, runners and anglers. 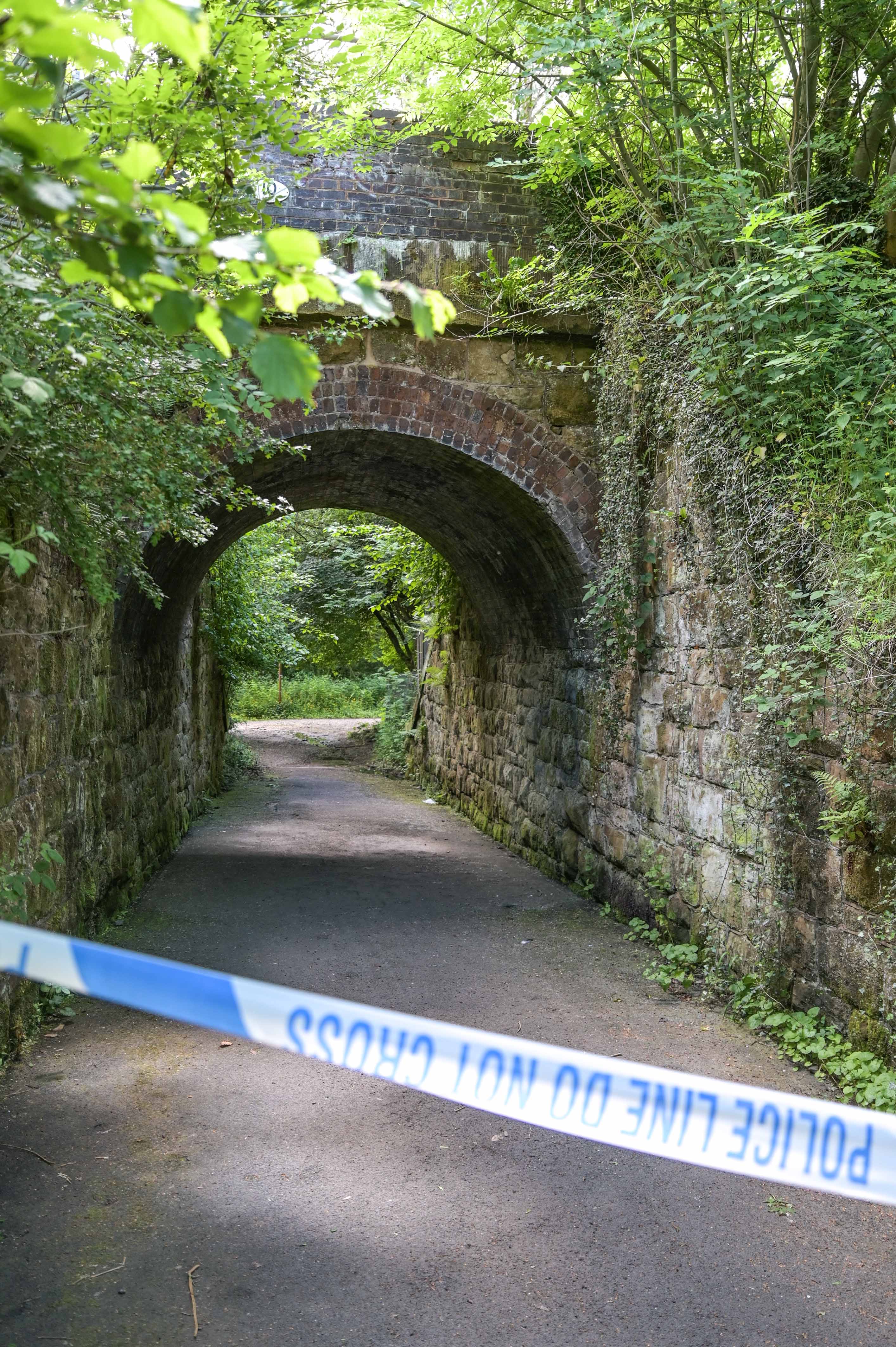 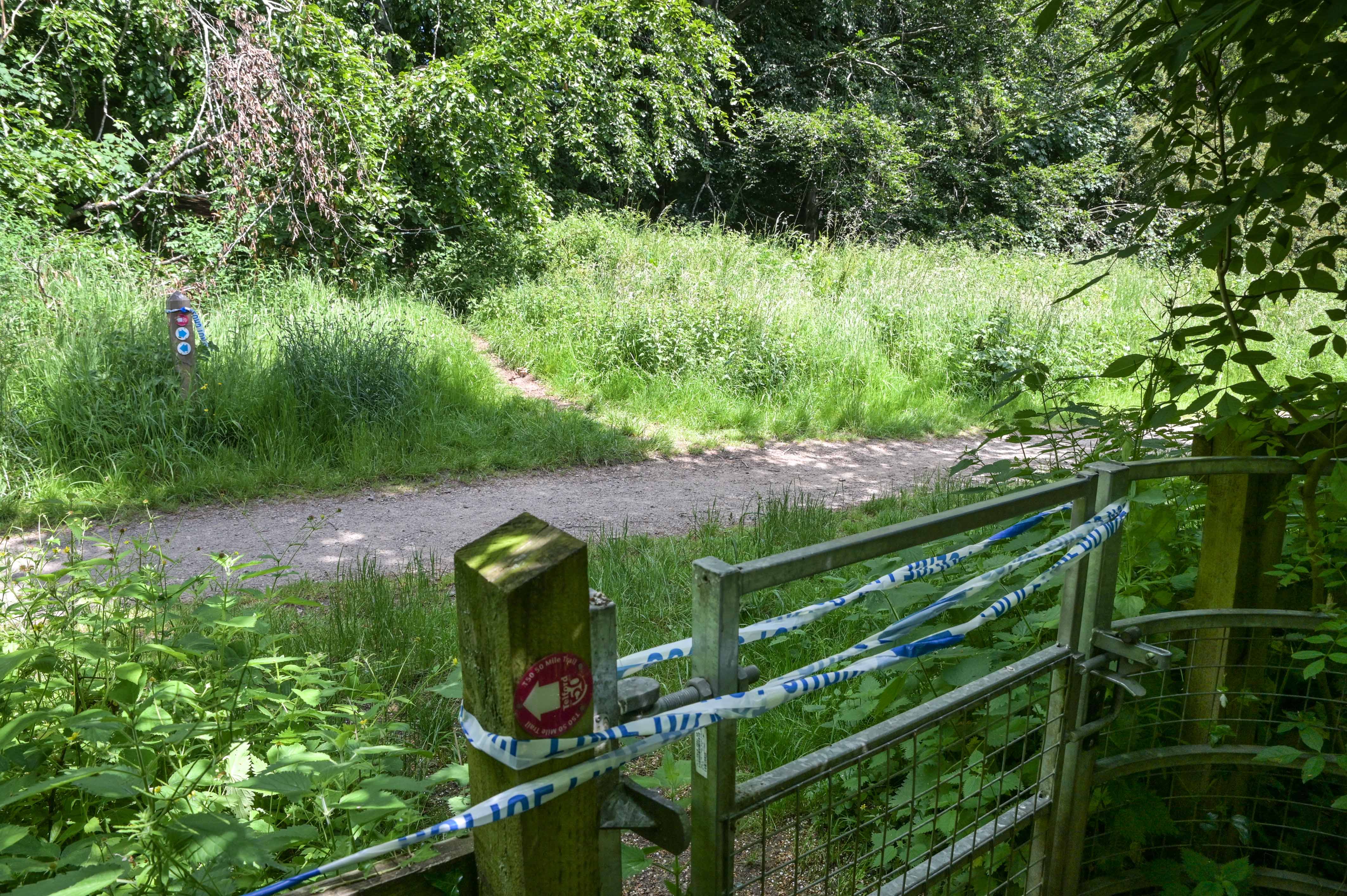 As the bleeding man staggered to a nearby housing estate to raise the alarm, the four schoolboy suspects fled the scene on foot.

They were later caught by cops in woodland and arrested on suspicion of murder.

The victim, who has not yet been named by police, was targeted at around 7.20pm on Friday on a path near Stonebridge Close in Telford, Shropshire.

A fisherman today told The Sun Online: “We heard he was riding his motor scooter along the path when a group of lads stopped him and tried to nick it.”

The angler added: “It’s a lovely spot, it’s beautiful, but it spoils it that a murder happened here. It’s scary.

“I don’t know who the man is but heard he put up a fight when they tried to take his bike.

“He was stabbed near the heart and he crawled along the path to the houses to raise the alarm. 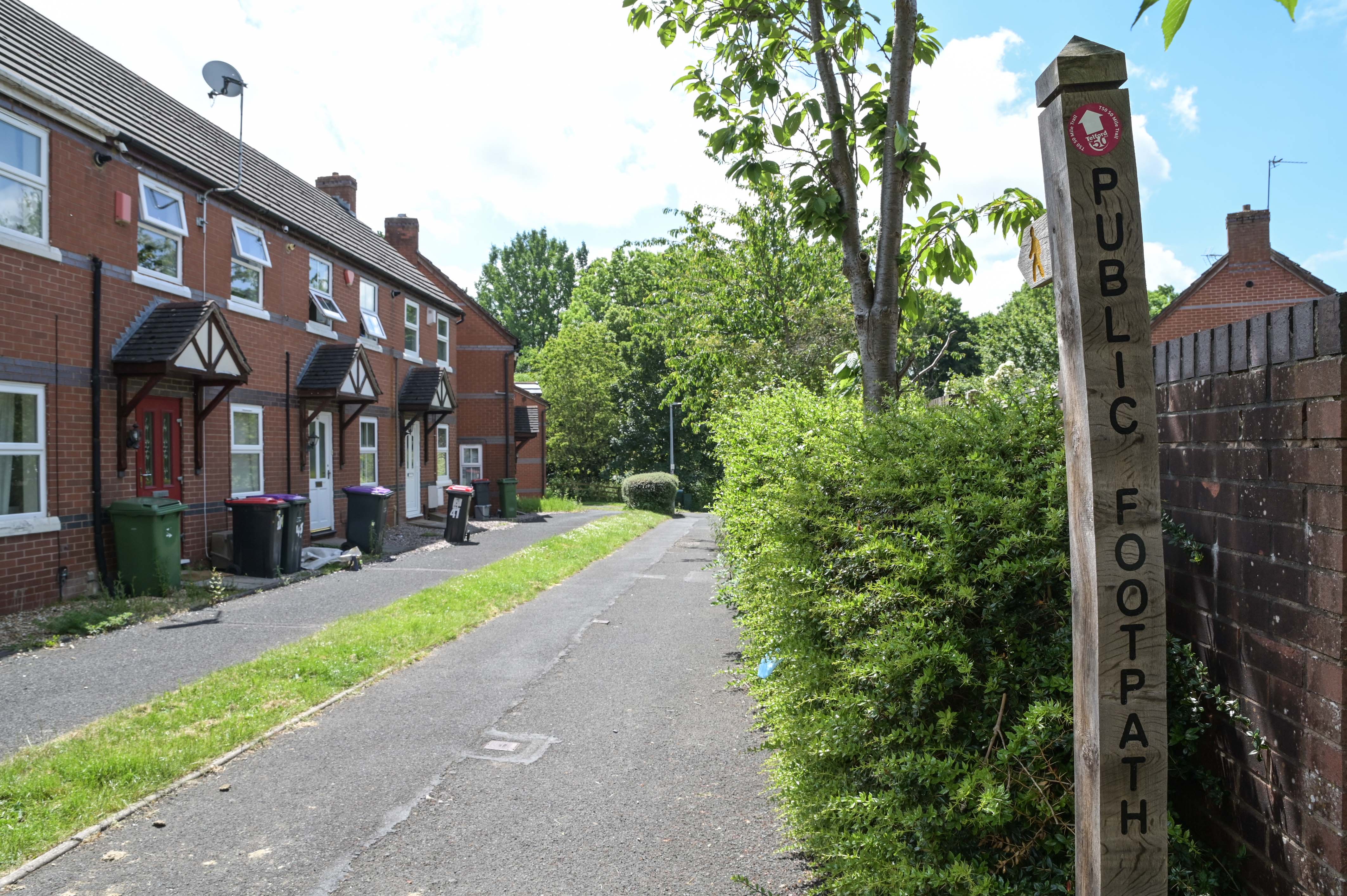 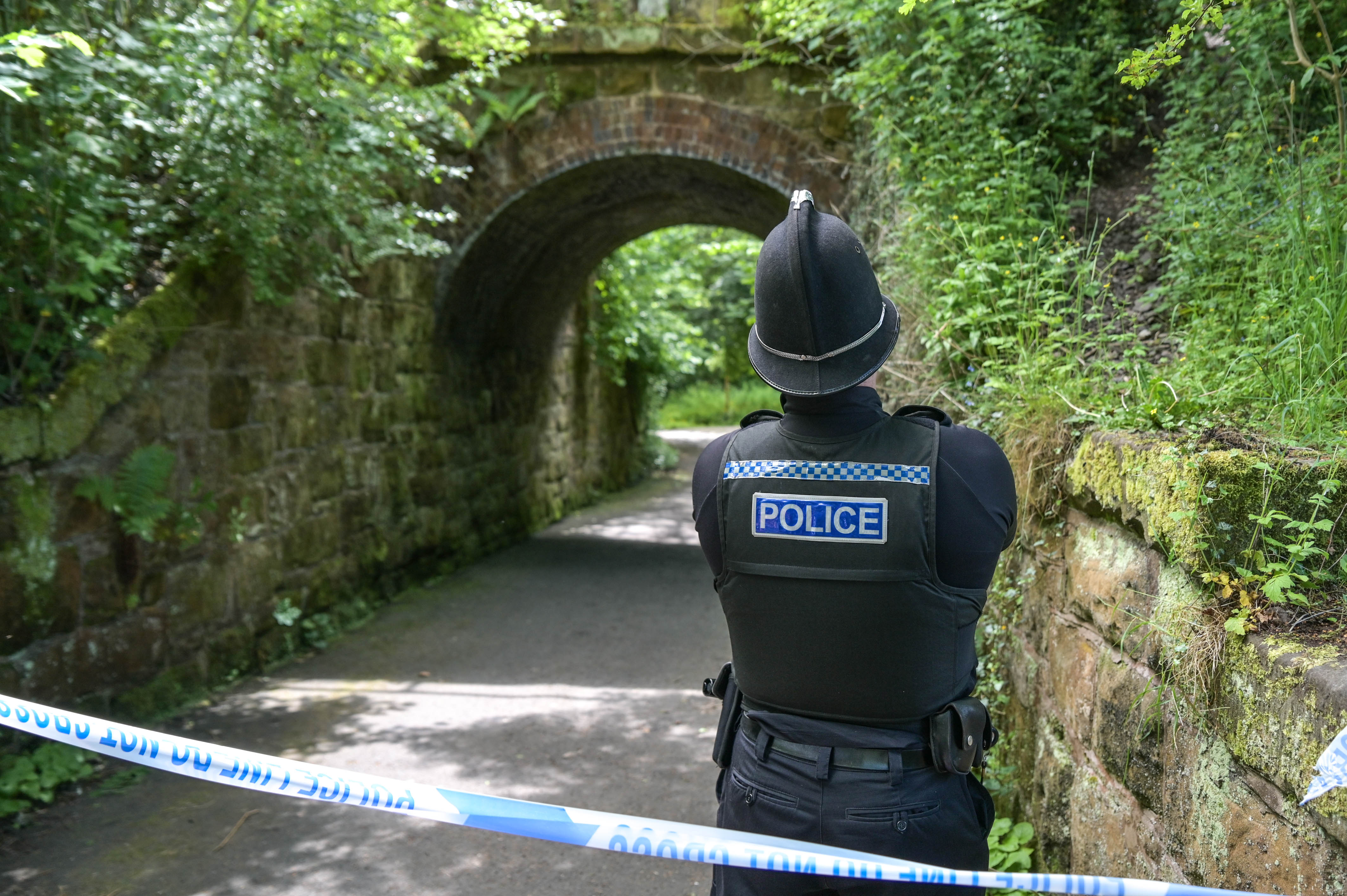 “Police were called and ten cop cars turned up, ambulances and a helicopter.

“The lads ran off through the woods on interconnecting paths but they were caught after a few hours.”

The seriously injured man was found near a lakeside footpath which forms a network of paths known locally as the Silkin Way.

He was taken to hospital where he later died sparking a murder hunt by West Mercia Police.

Four boys – one aged 14 and three 15-year-olds – were arrested on suspicion of murder.

A woman, 42, and a 41-year-old man were also arrested on suspicion of assisting an offender. All six remain in custody.

At least a dozen police officers were scouring the wooded area for clues today.

The footpath in the Madeley area and opposite the Madeley Court Hotel was still cordoned off at both ends with the scooter remaining in place.

A local dog walker said: “It’s an idyllic place but over the months there’s been lots of incidents.

“Gangs of youths meet up under the bridges, it’s off the beaten track and they get up to no good. What happened is vile but I’m not surprised.

“People say to me I shouldn’t be walking my dog alone because there has been a spate of assaults. I wouldn’t walk on my own at night.”

It’s a lovely spot, it’s beautiful, but it spoils it that a murder happened here. It’s scary.

Chief Inspector Helen Kinrade said: “We understand this will be extremely concerning to the community.

“We would like to reassure the public that the investigation is ongoing and this is believed to be an isolated incident.”

A local dad, out jogging, described Friday's events as “shocking”.

No tributes for the victim have been placed at the scene but residents have taken to social media to voice their concerns and pay respect to him.

One posted: “Condolences to the young man’s family.”

Emzie Bench wrote: “When will this stop? Lost for words. Thinking of your family. So sad. You were a good lad.”

Others hit out at police for failing to curb teen offenders.

Anyone with information is urged to contact 101 quoting reference 615i of June 11.

Fashion student, 32, will never walk again after being shot in the neck as she was caught in crossfire of London attack